96% Down Due to Covid... Reporting On-site at Narita Airport on the Eve of the Olympics

Narita Airport is known for its role as the gateway into Japan.

The unprecedented combination of the historic infection rates caused by COVID-19 in early 2020, and the coming of the largest festival on the world stage in the form of the Olympics, has led to a unique situation at the gateway to Japan which we record for you now for the sake of posterity.

The wider social context at the time this article was written in July 2021 was as follows:

・The proliferation of COVID-19 has had a serious impact on Narita International Airport, with data from May 2021 indicating that international passengers at the airport were down 96% from the same month in 2019

・The Tokyo 2020 Olympics, which were delayed due to COVID, are now scheduled to begin on the 23rd July

・A 4th state of emergency has been declared in the Tokyo area, and all Olympic events within Tokyo are to be held behind closed doors

The Tokyo Olympics and COVID-19.

The terminals at Narita International Airport are closely connected to both of these subjects, and I took a walk around them all.

Narita International Airport has 3 terminals, from Terminal 1 to Terminal 3.

All of these terminals handle international flights.

For this article I followed the route of the airport bus line,

I began with Terminal 2.

I traveled to Narita Airport via the Keisei Line. 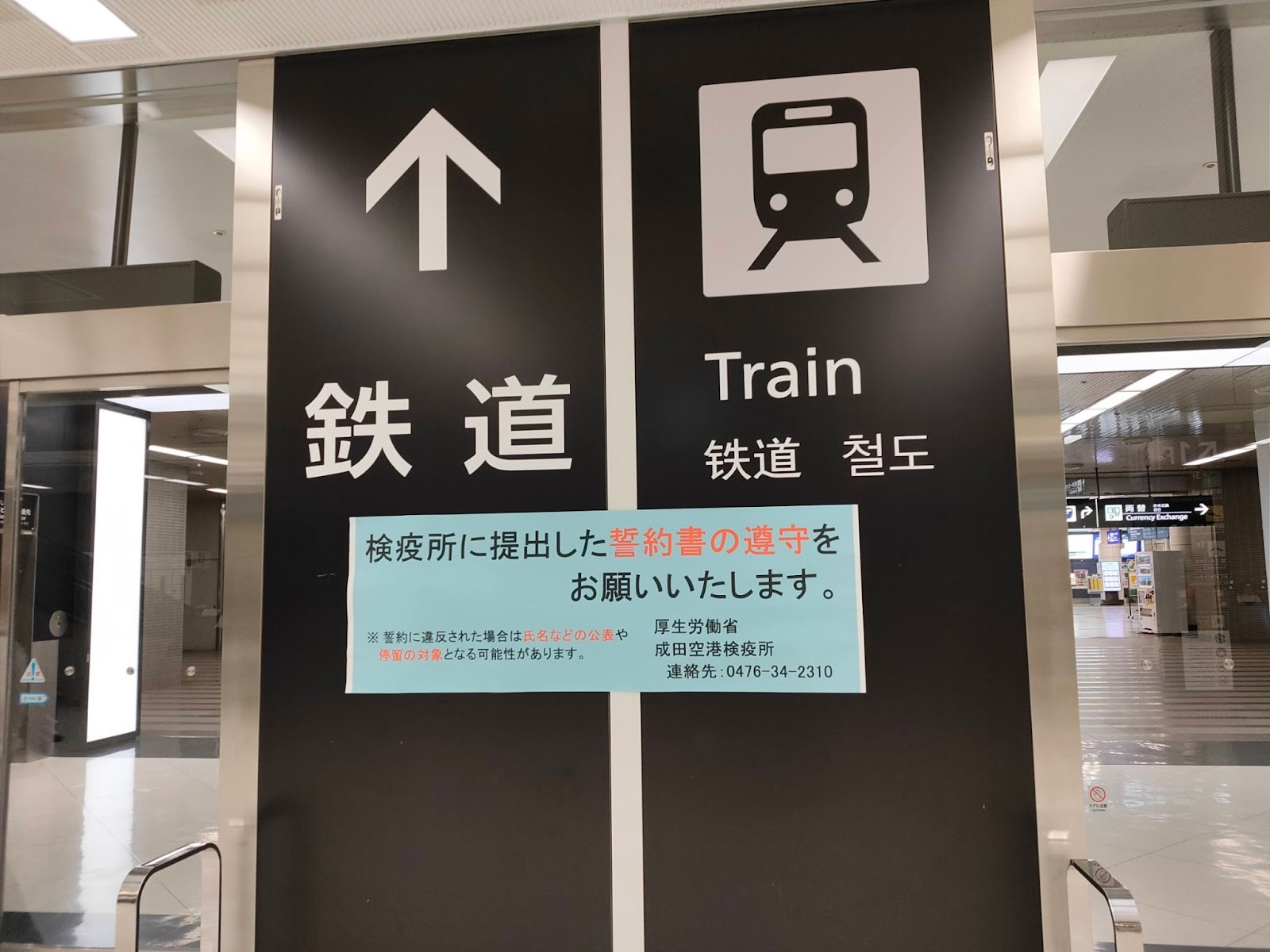 This is the closest train station to Terminals 2 & 3.

Immediately after the ticket gates there was a conspicuously placed reminder poster aimed at those arriving in Japan.

I arrived at around 2pm on a weekday, and the airport was sparsely populated.

There didn't seem to be many tourists around. 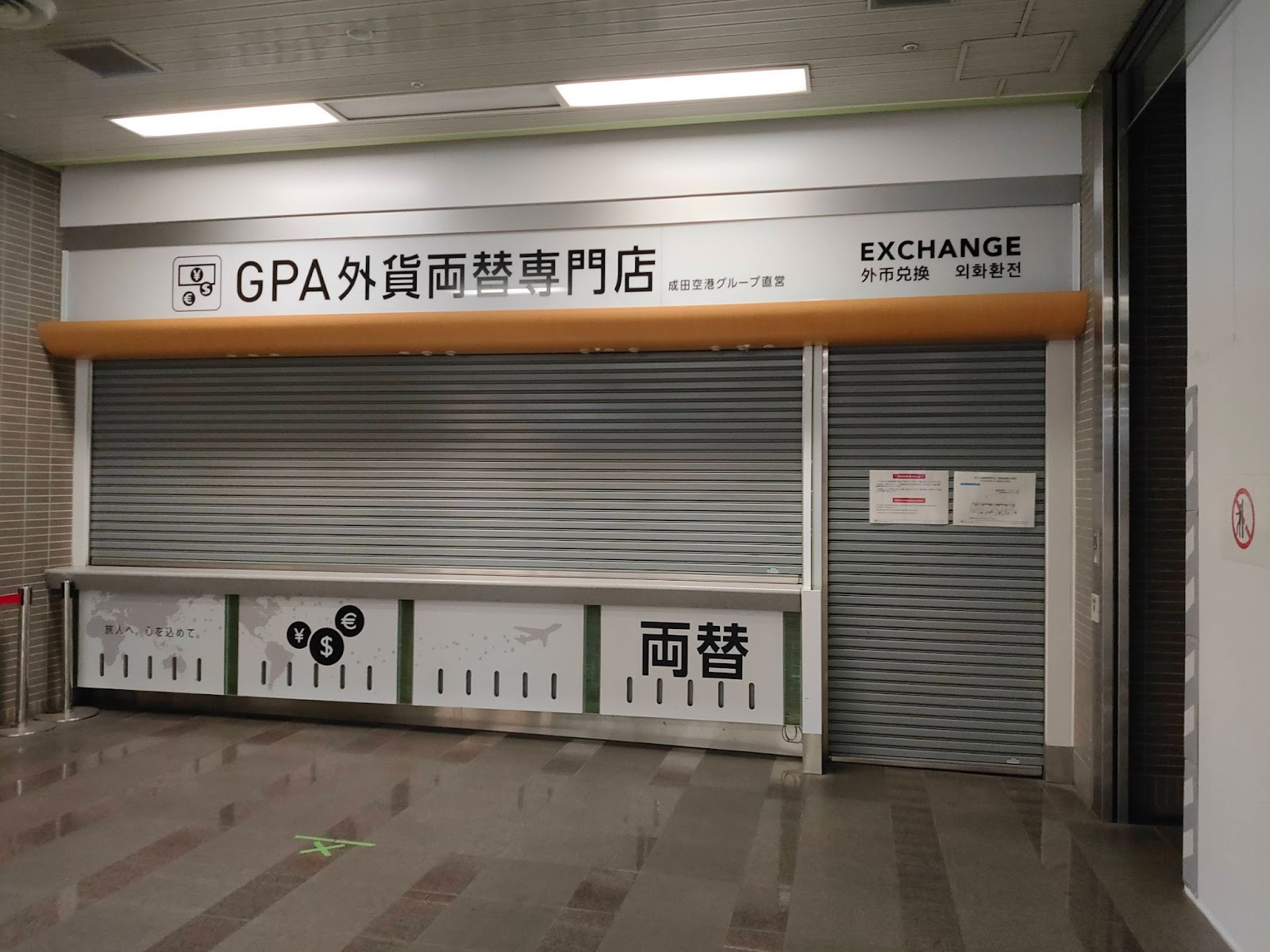 The currency exchange and rental Wi-Fi counters next to the ticket gates were closed (some were open on the arrival floor). 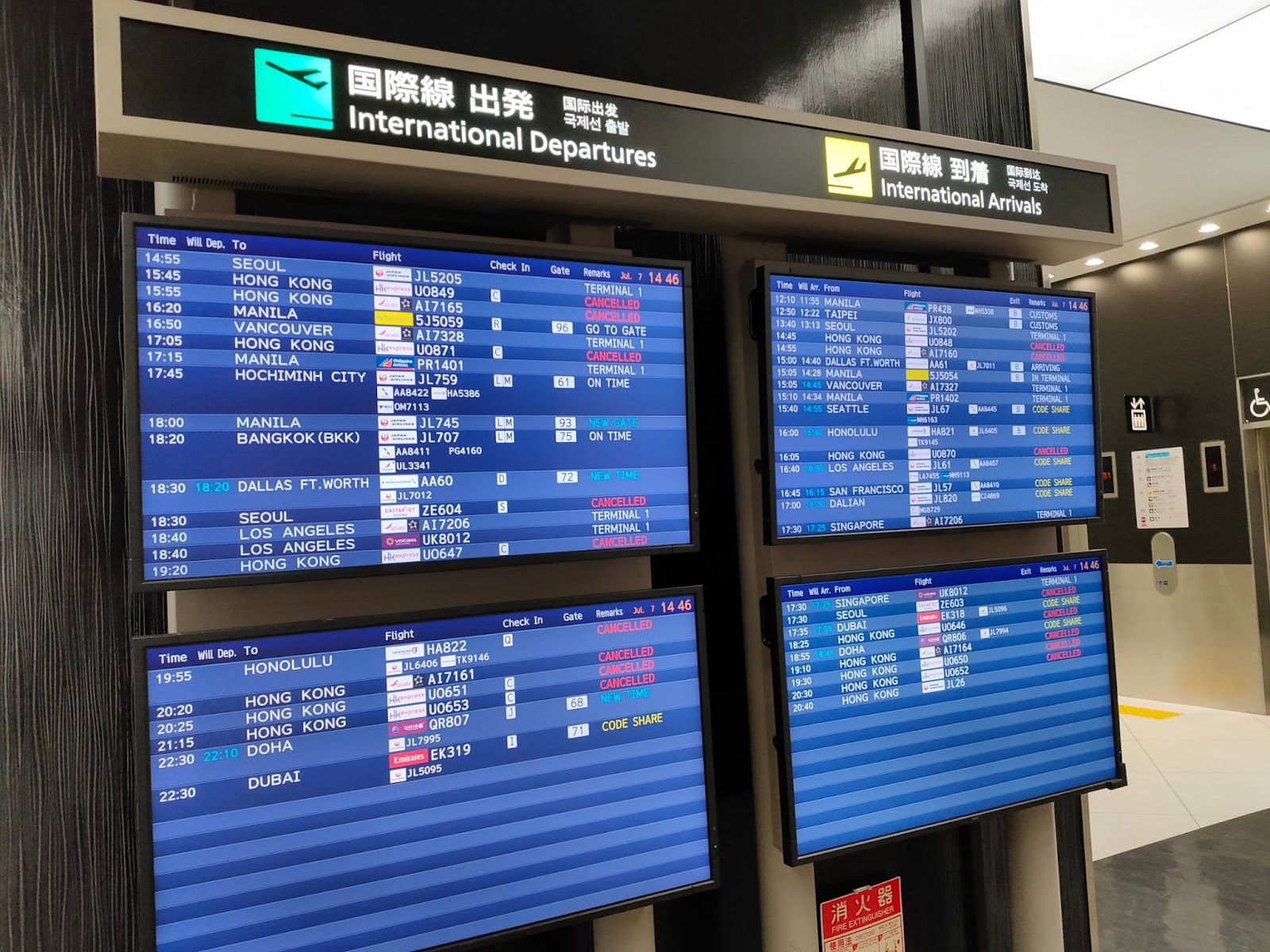 A list of the incoming and outgoing flights at Terminal 2.

At first it seemed like there were more flights in service than I had expected, but upon closer inspection many of them were suspended, and the number actually running could almost be counted by fingers.

This isn't exactly what you'd expect an international airport to look like in the early afternoon with the Olympics mere days away. 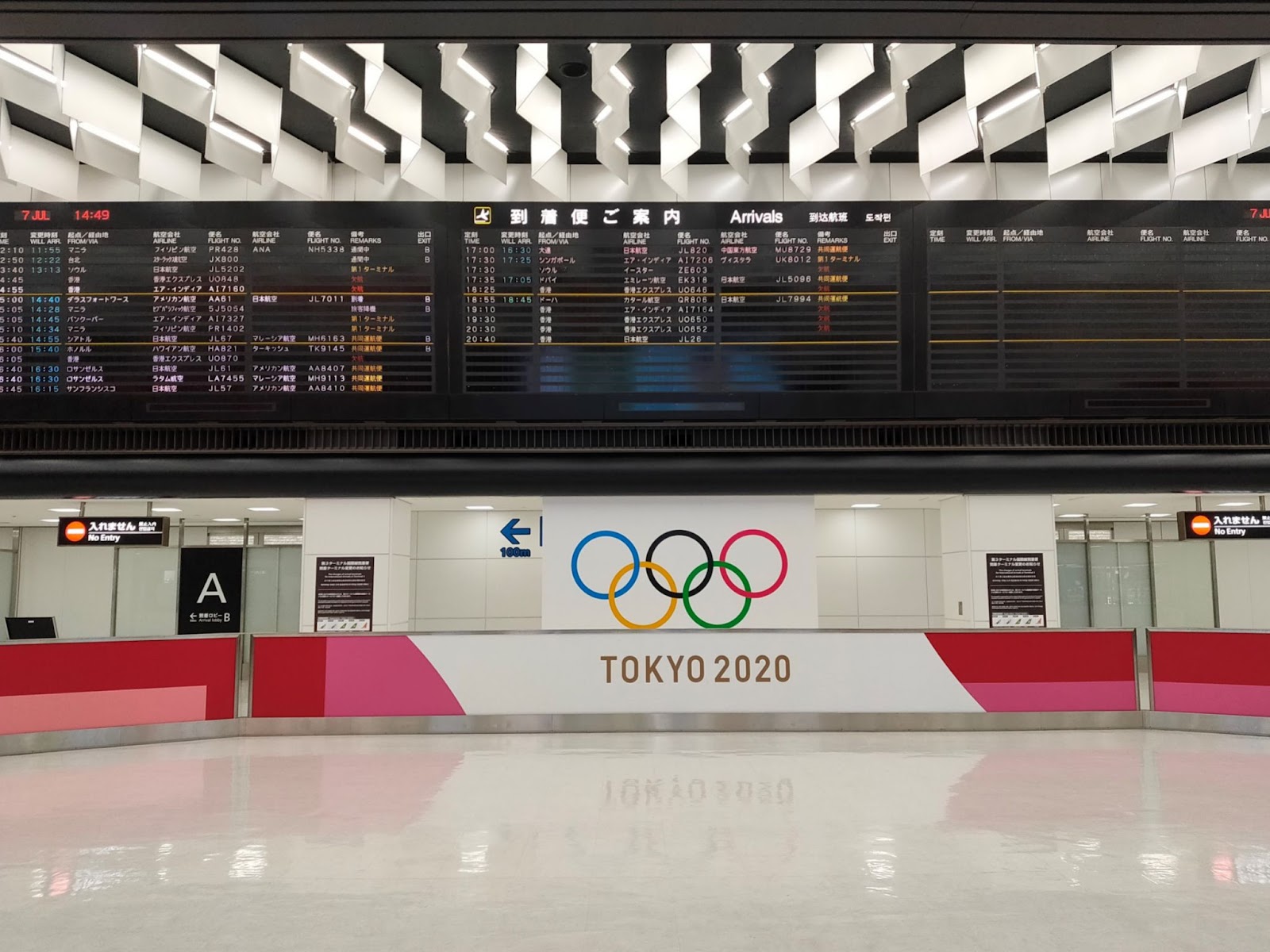 I first headed to the international arrivals lobby on the 1st floor,

Ordinarily you'd imagine this place to be packed with travelers, those coming to greet them, flight attendants, and so on.

But there was nobody to be seen here, though this was partly due to my arrival not coinciding with any incoming flights.

The Olympics logo and the neatly waxed floor brought to mind the image of an ice skating rink before a big event.

I wonder what state the world will be in when the Winter Olympics are held in 2022. 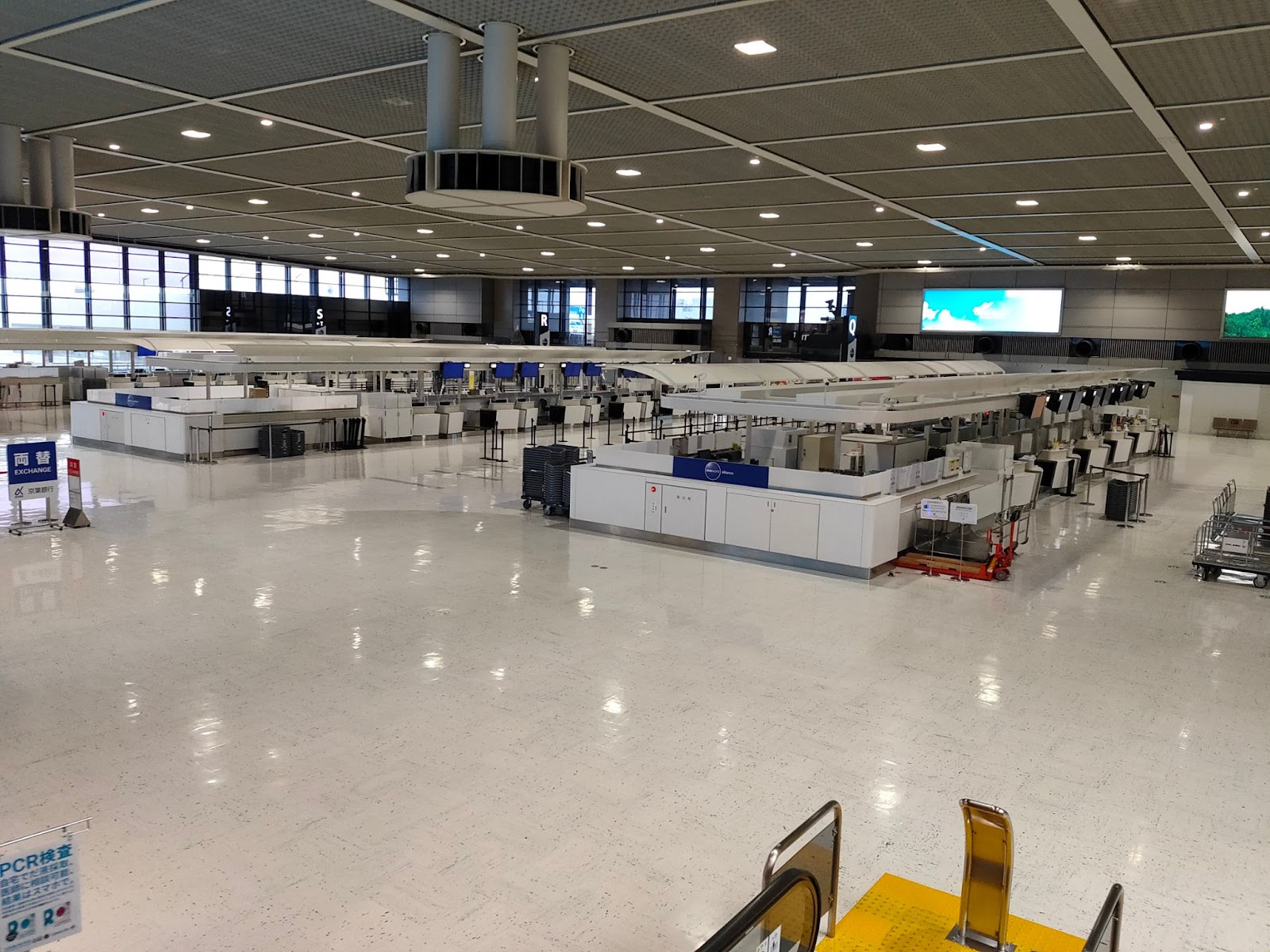 After seeing the arrivals lobby I next headed to the departures lobby.

There was hardly anyone to be seen here either.

It was more like what you'd expect a departures lobby to look like on the night shift when all the flights have stopped.

The entire floor had a gloomy feeling. 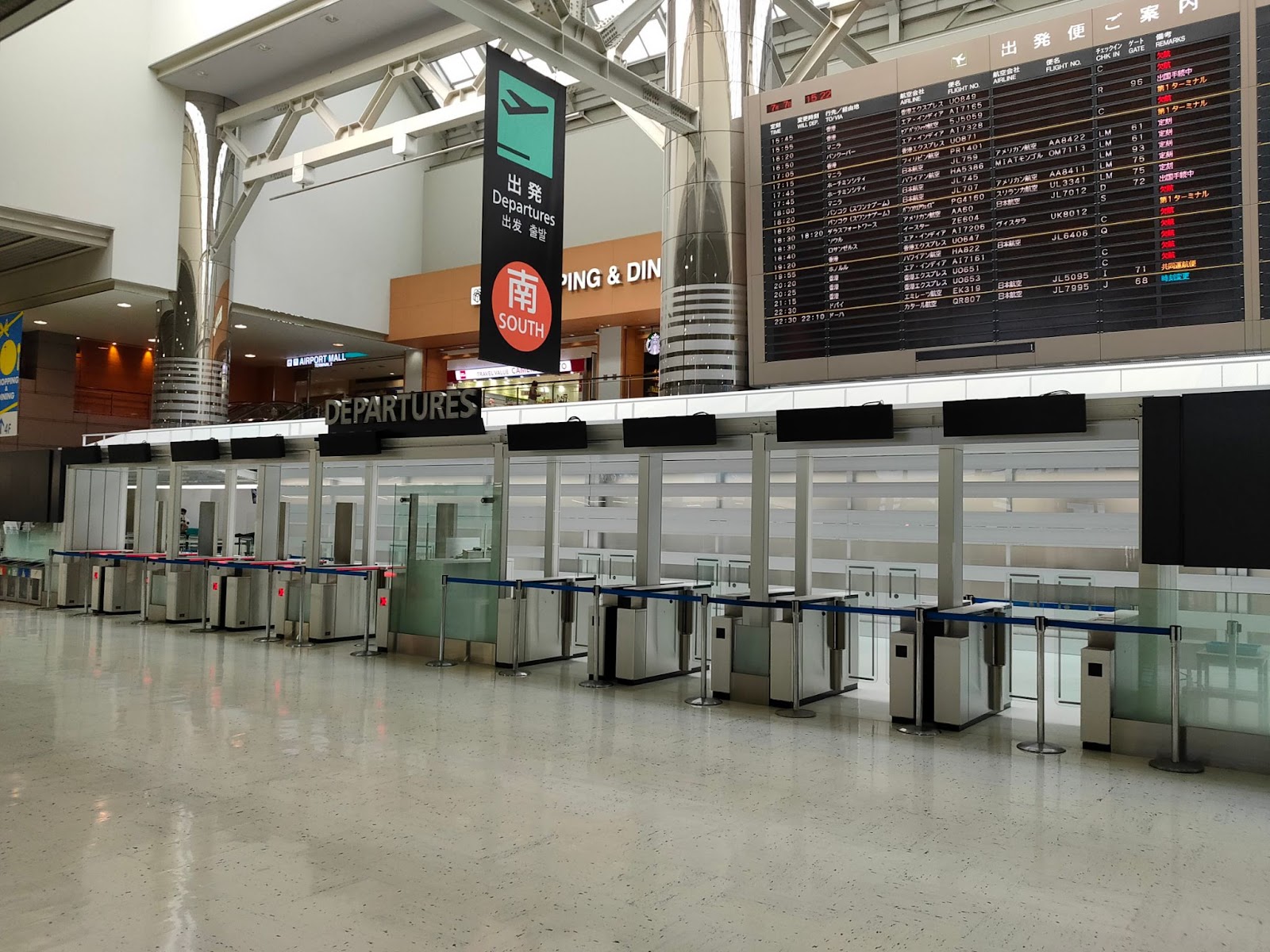 One of the two gates leading to the security checkpoint was also closed. 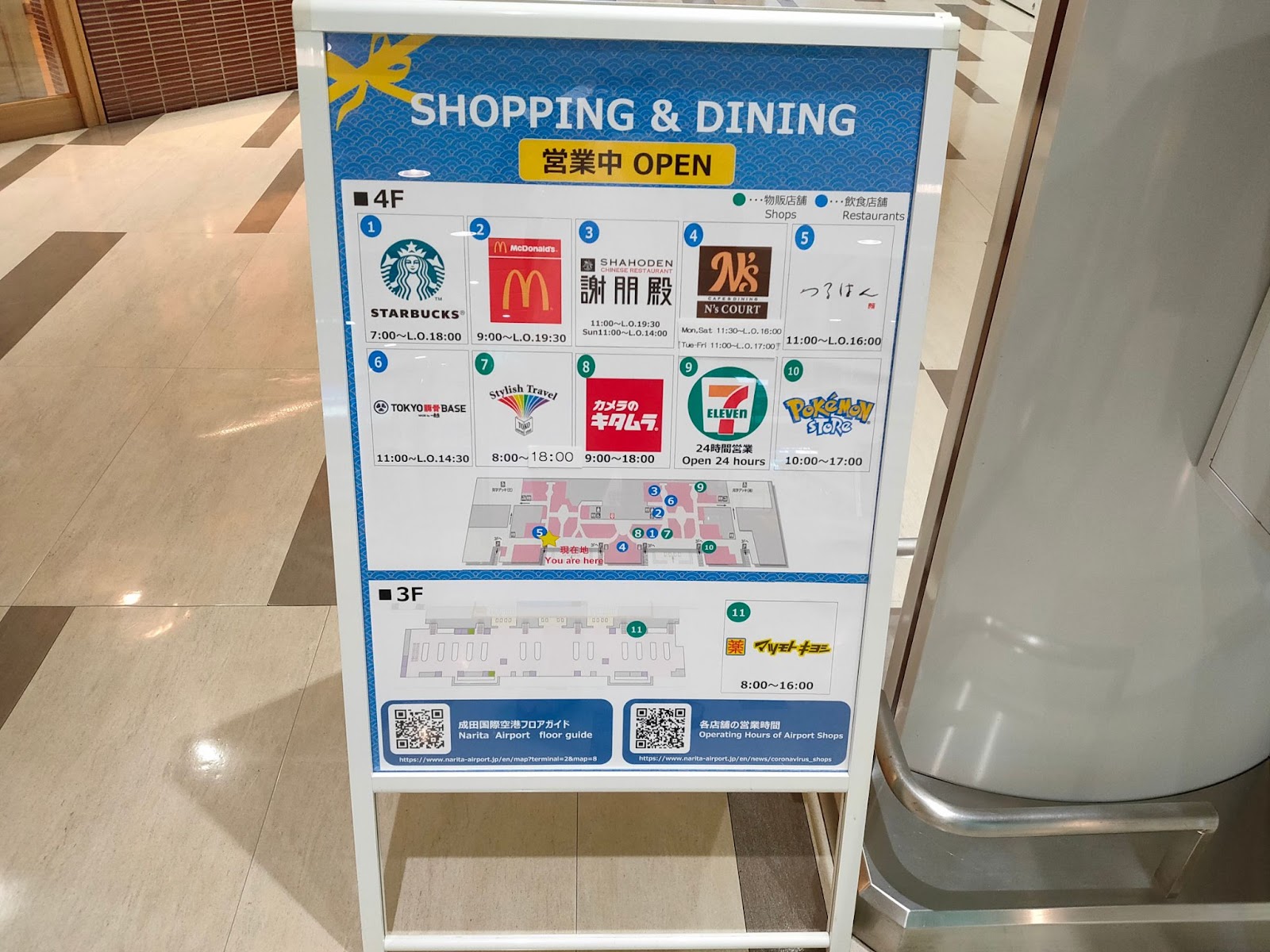 This floor is located above the departures lobby.

Some of the stores are still open at reduced business hours.

I looked around this entire area and there were very few people here too, and none of whom seemed to be tourists. 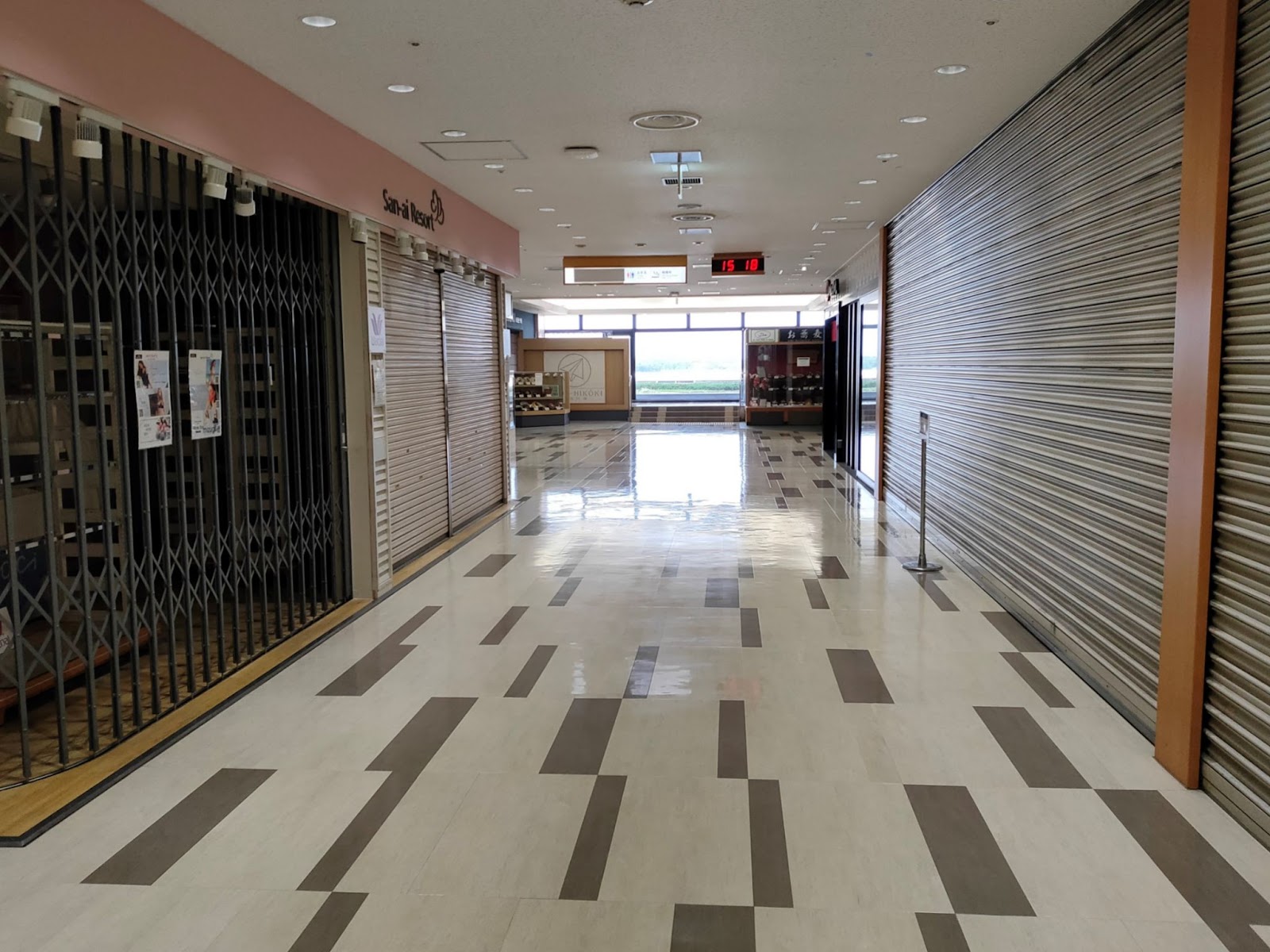 Some sections were almost entirely shuttered. 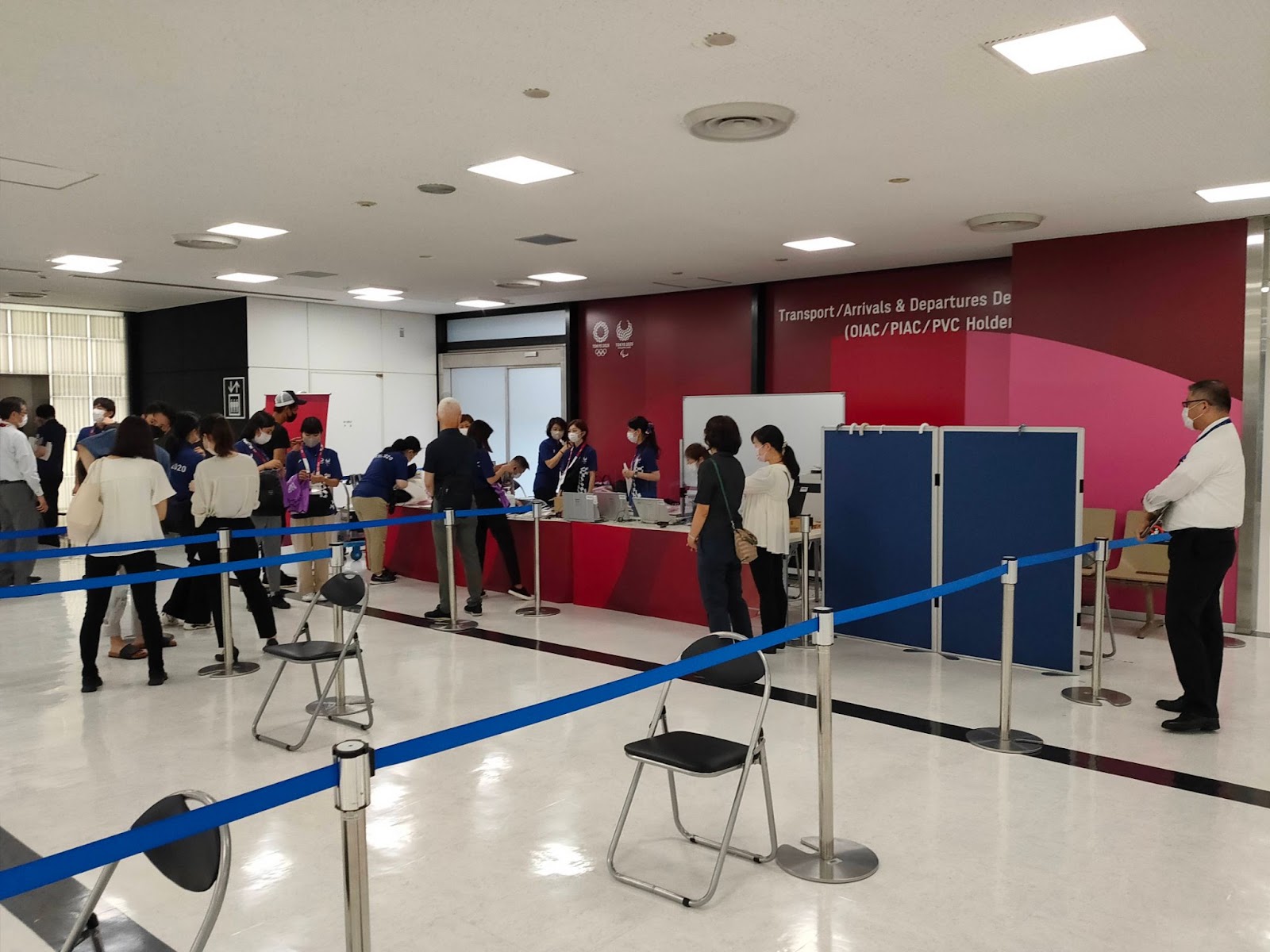 At the far edge of the arrivals lobby is a special desk set up for the Olympics, and the scenes there looked somewhat busy.

The sight was somewhat of a relief. 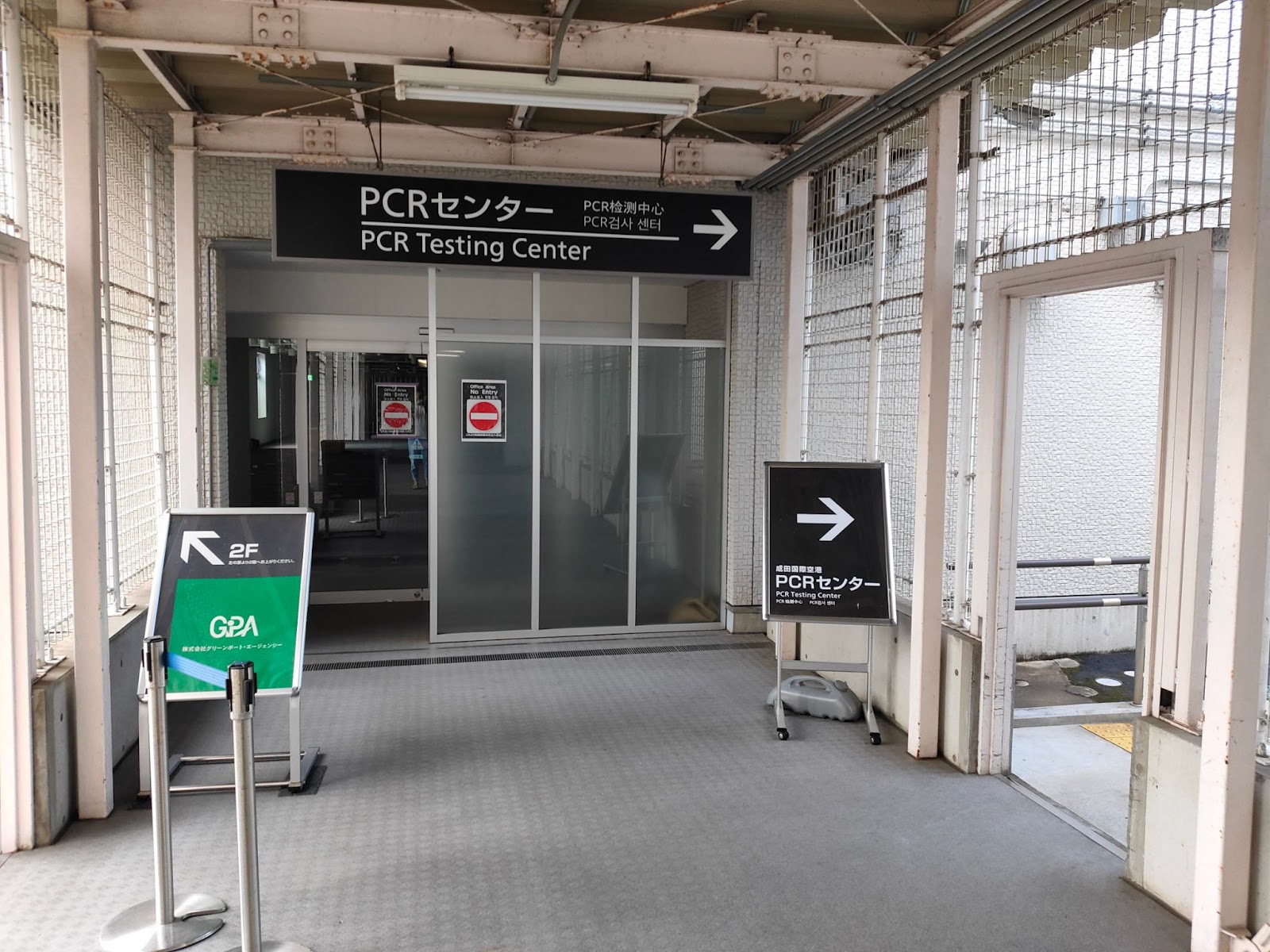 Right by the connecting passage to Terminal 3 is a PCR Center, where you can get tested and receive results the same day.

When I peeked inside it was much busier than I imagined, with people lining up to be tested.

There were also a number of what seemed like foreign visitors with their carry-on suitcases that looked to be departing that day. 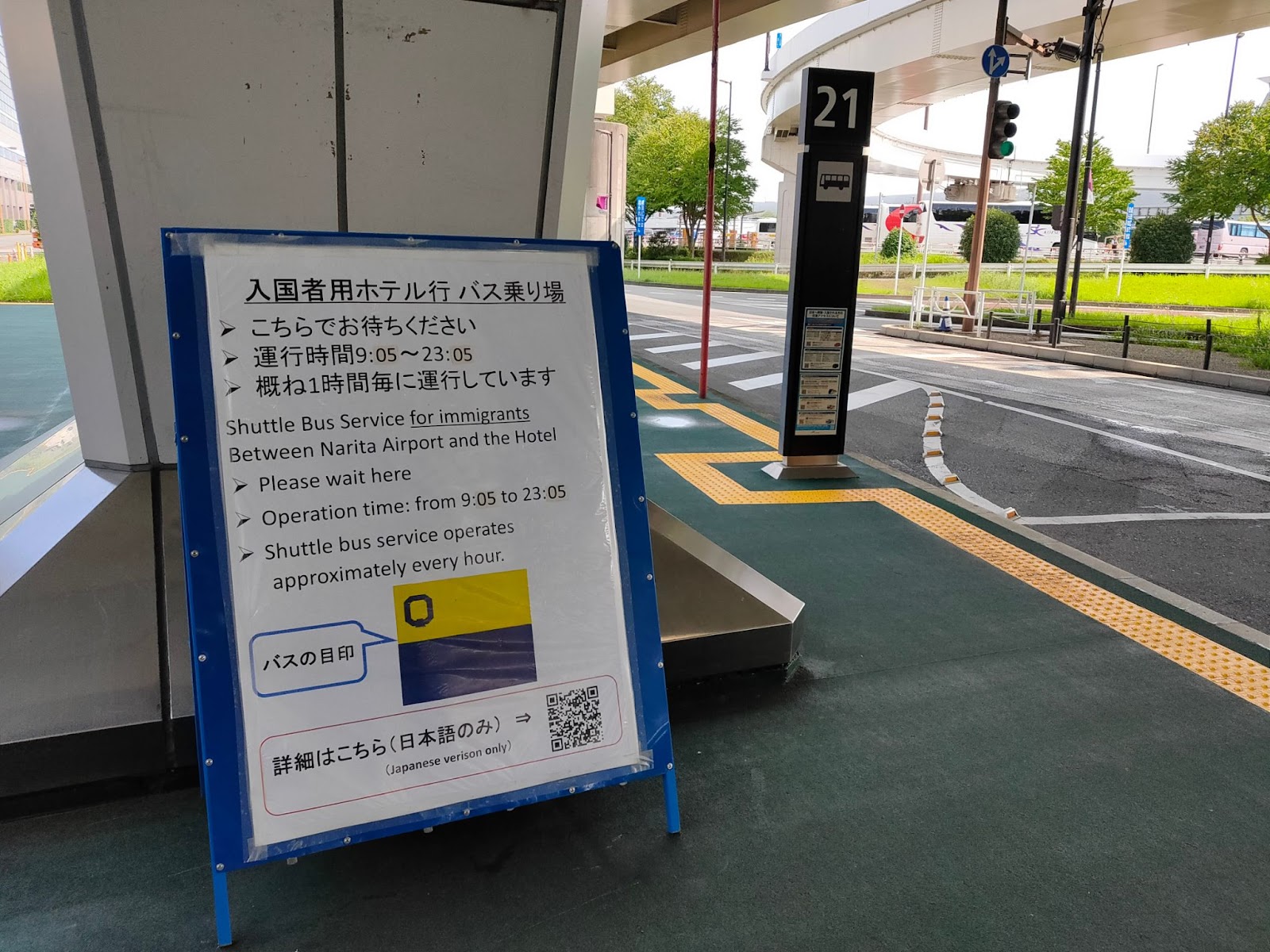 As of July 2021, those arriving in Japan are expected to self-isolate for 14 days.

Also, you are not allowed to travel to the site where you'll be self-isolating via public transportation.

For that reason, a special bus service has been prepared to take arrivals from the airport to their hotels.(Destinations can be checked at the information desk).

There's another one of these bus stations at Terminal 1 too. 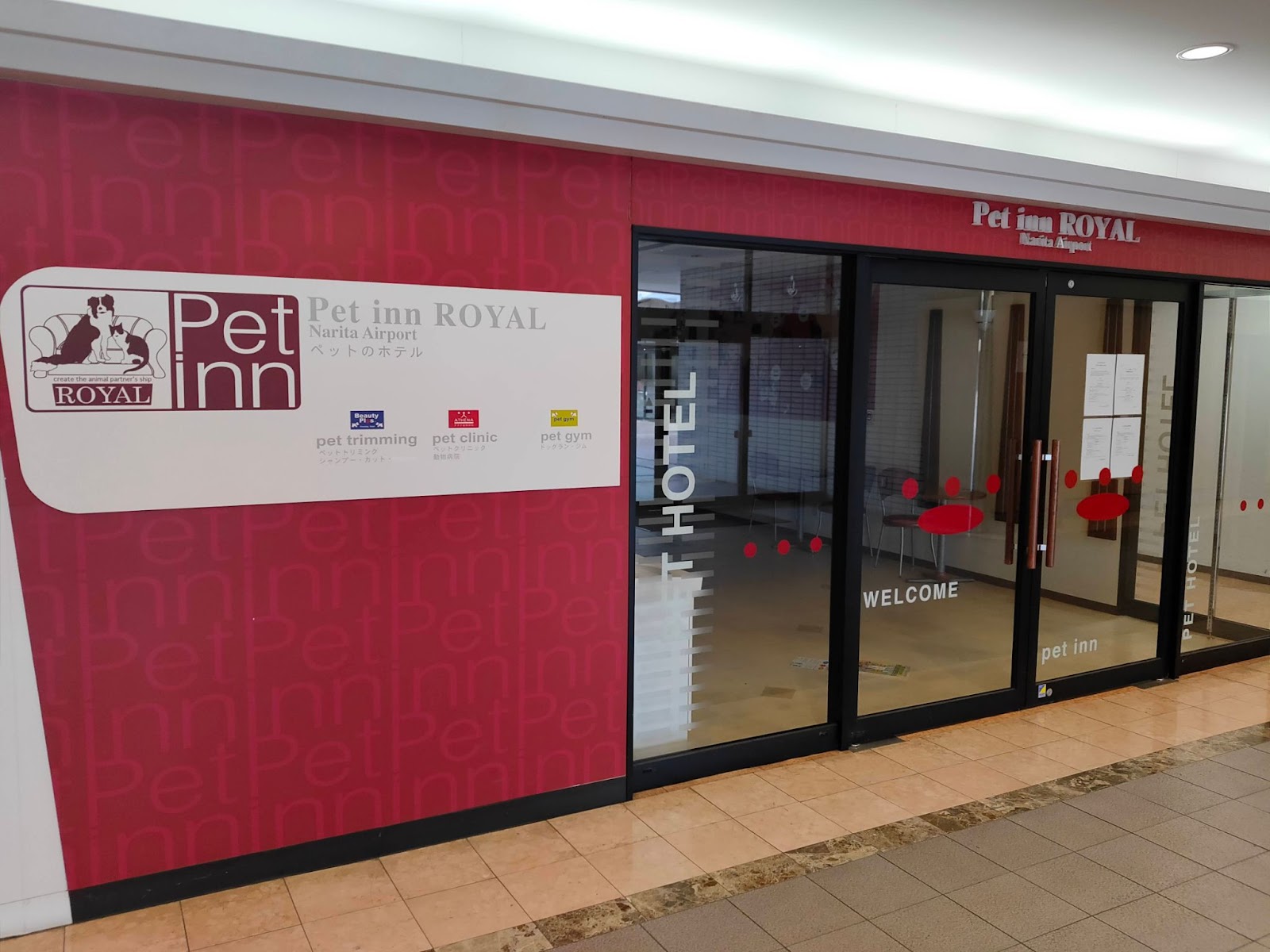 The pet hotel located a short distance from the airport's No. 2 Building was temporarily closed.

Right by the pet hotel is a capsule hotel that's still open for business, and was booked to 1/3 of capacity when I visited.

Next I took the airport bus line from Terminal 2 to Terminal 1.

Once again, the only people beside me on the bus were a handful of airport staff. 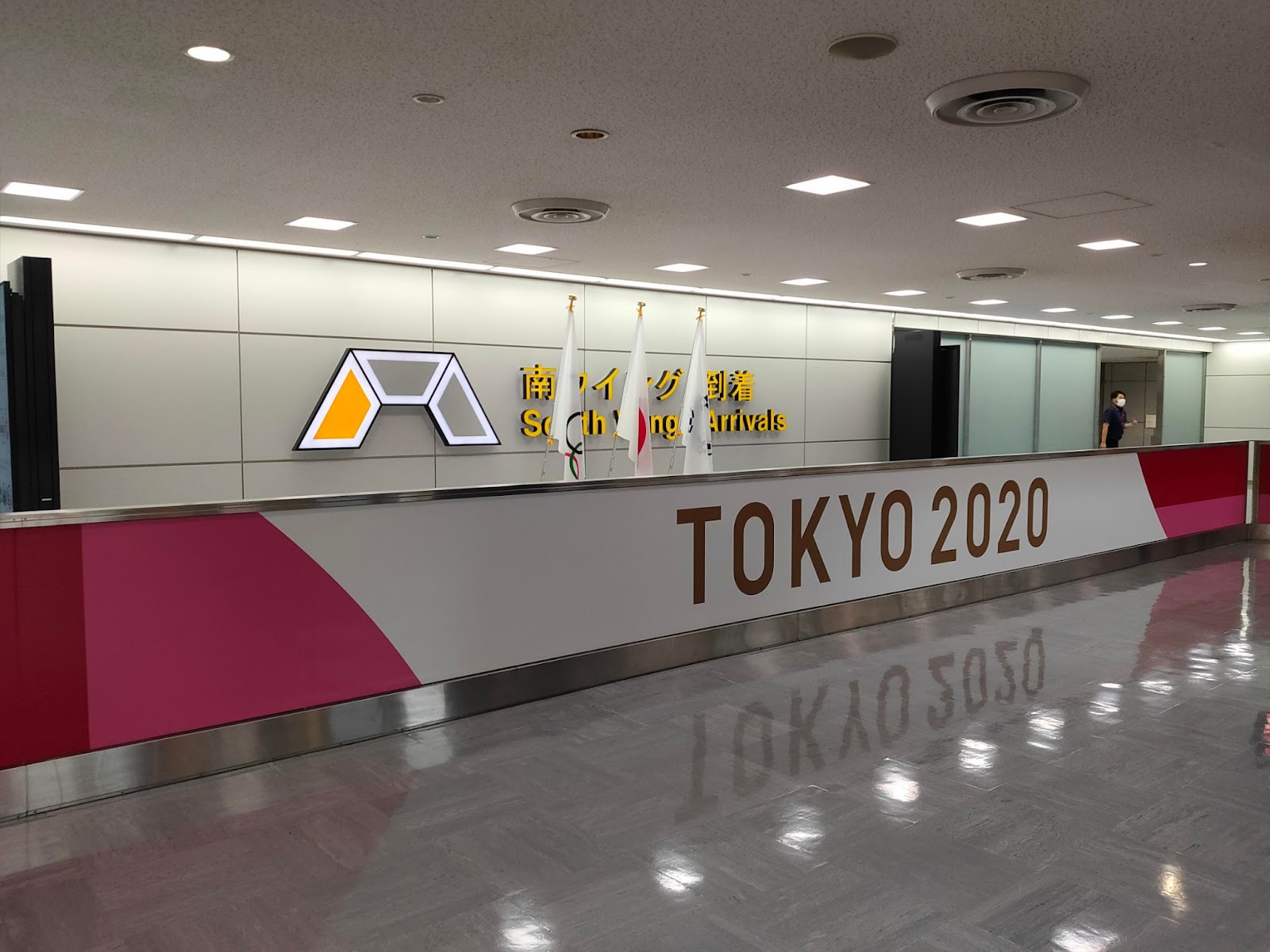 This lobby too had been converted to a faux ice skating rink.

Occasionally the automatic doors would open and someone from the airport or the Olympics would come out. 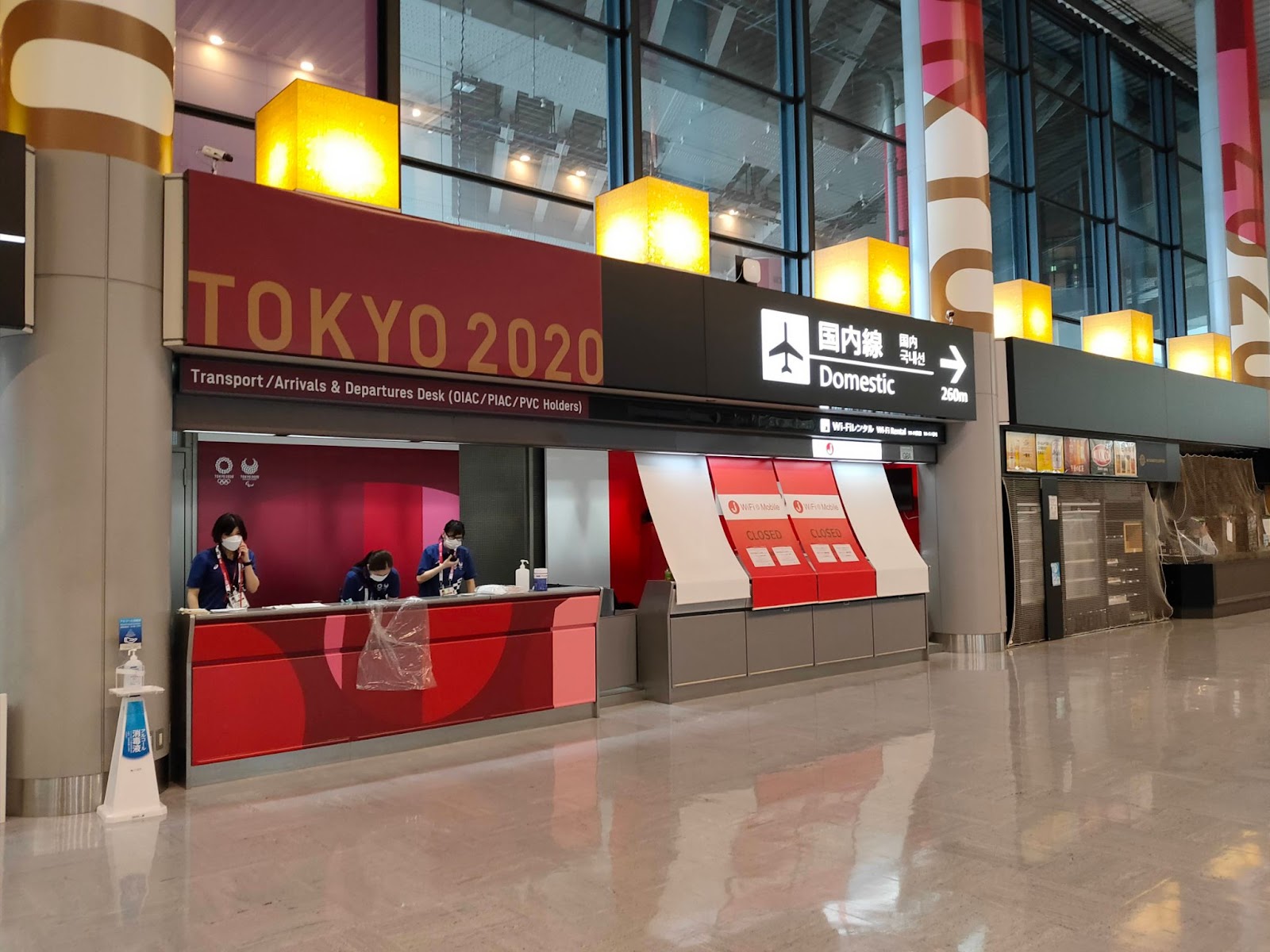 Terminal 1's Olympics desk is right by the arrivals gate. 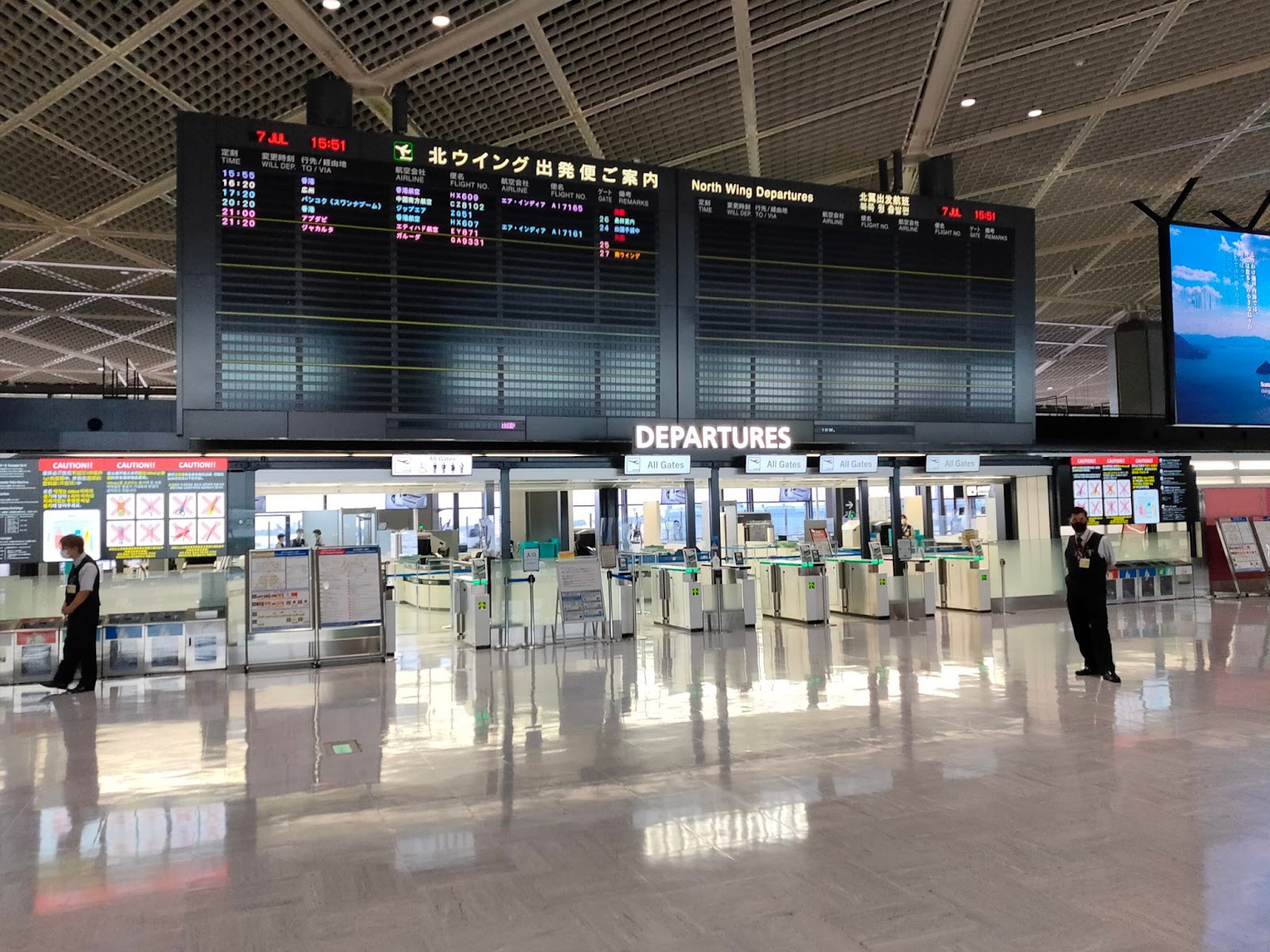 I moved upstairs to the departures lobby. 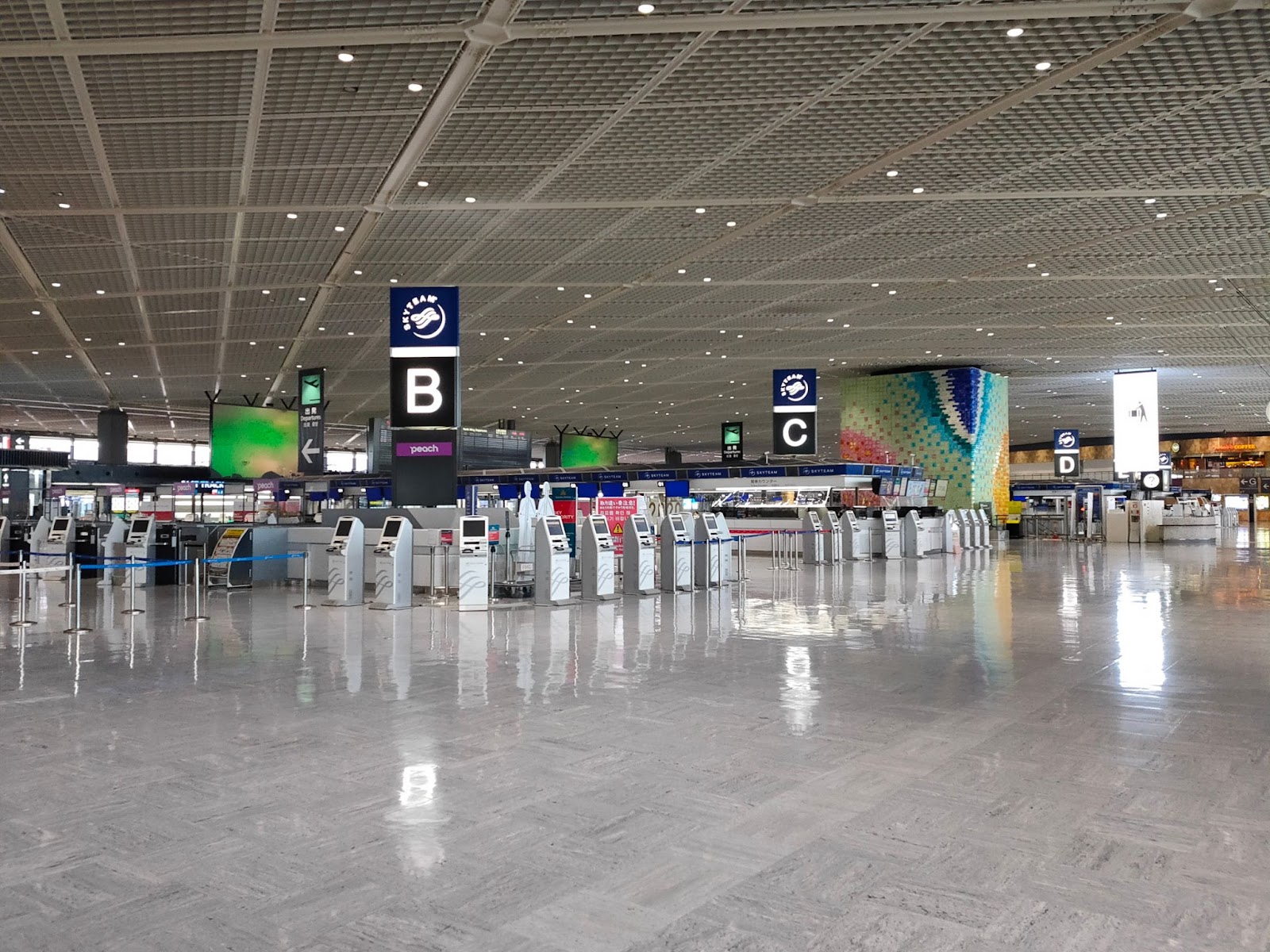 Today there was no sign of lines of people queuing to check-in, or of flight attendants leading groups of people with suitcases trailing behind them. 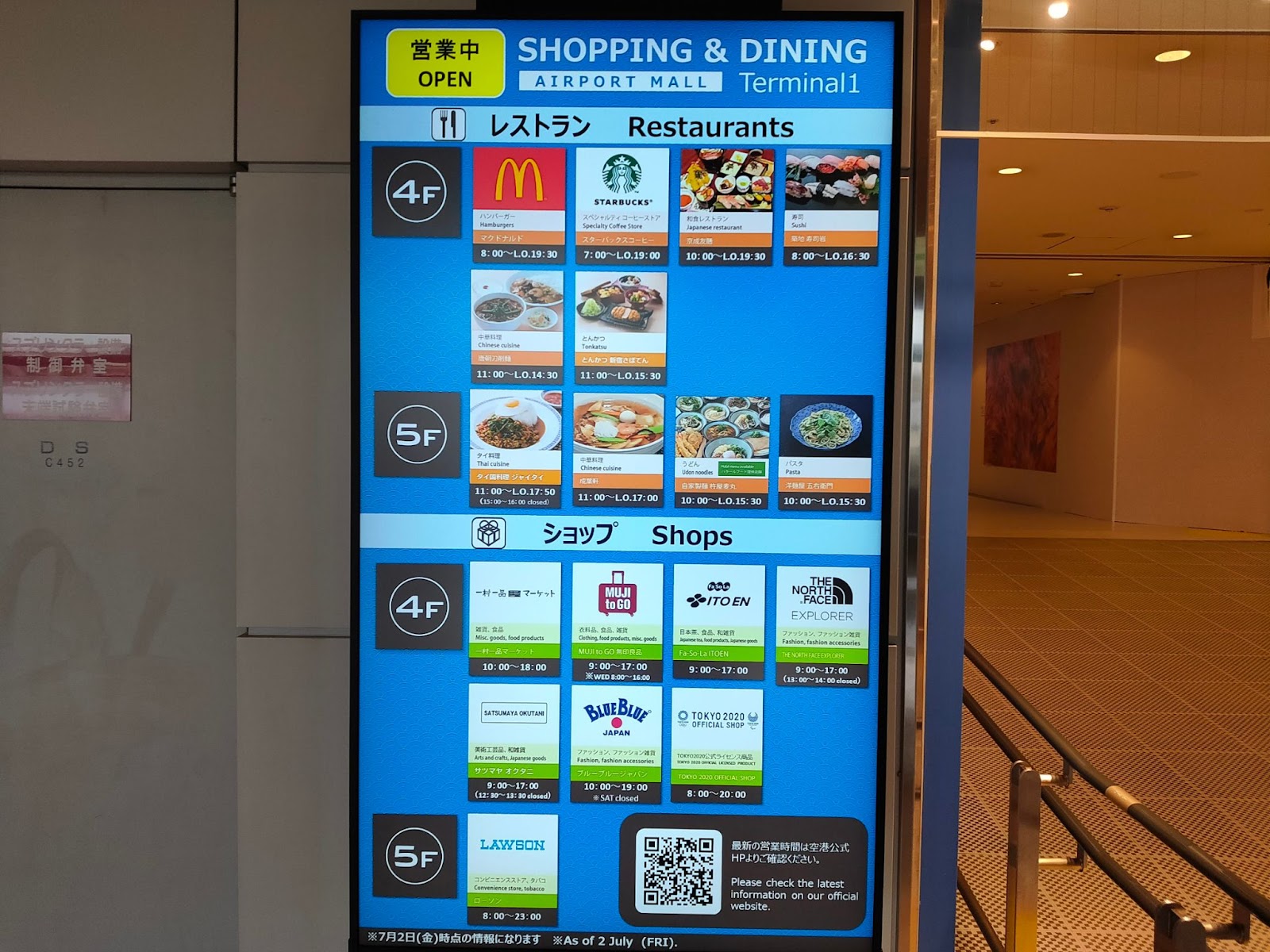 This is a list of all the shops still open at Terminal 1.

I got the impression that there were more clothing stores and general stores open compared to Terminal 2. 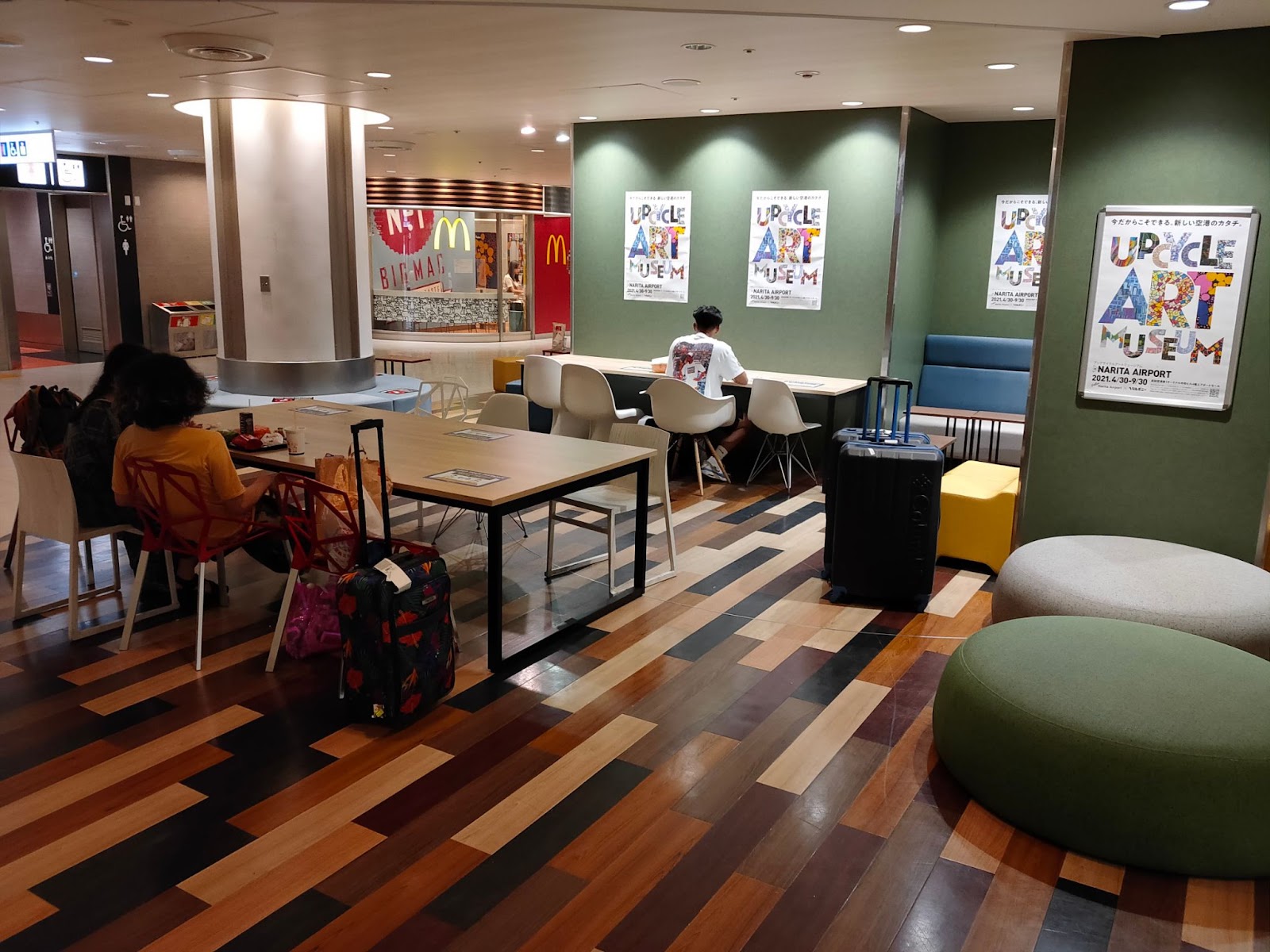 The most populated spot in the restaurant area was here, at the seating area in front of the McDonalds.

A few new arrivals were enjoying a short rest here. 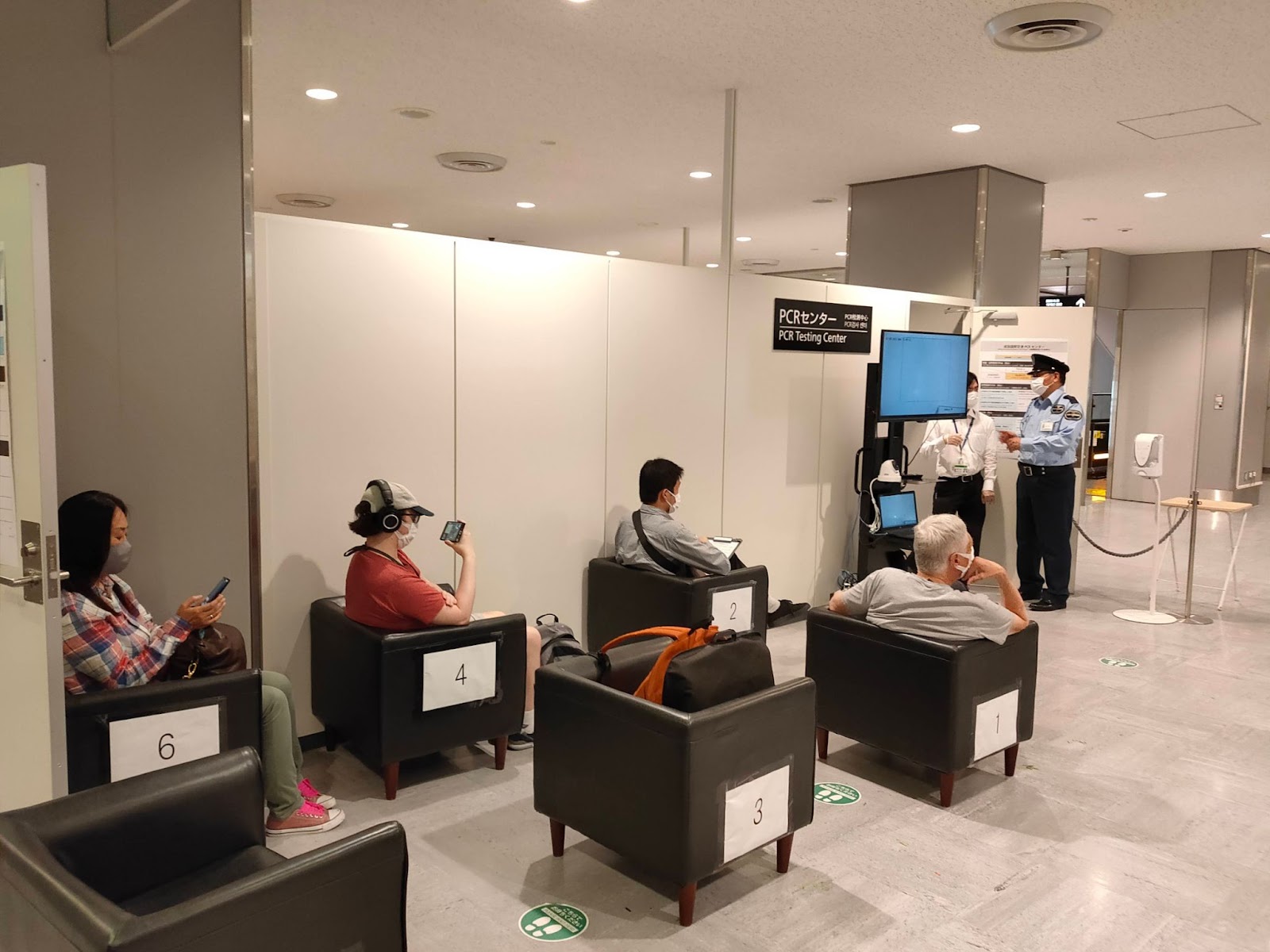 The PCR center at Terminal 1 is slightly smaller than the one in Terminal 2.

I saw a number of people waiting in line. 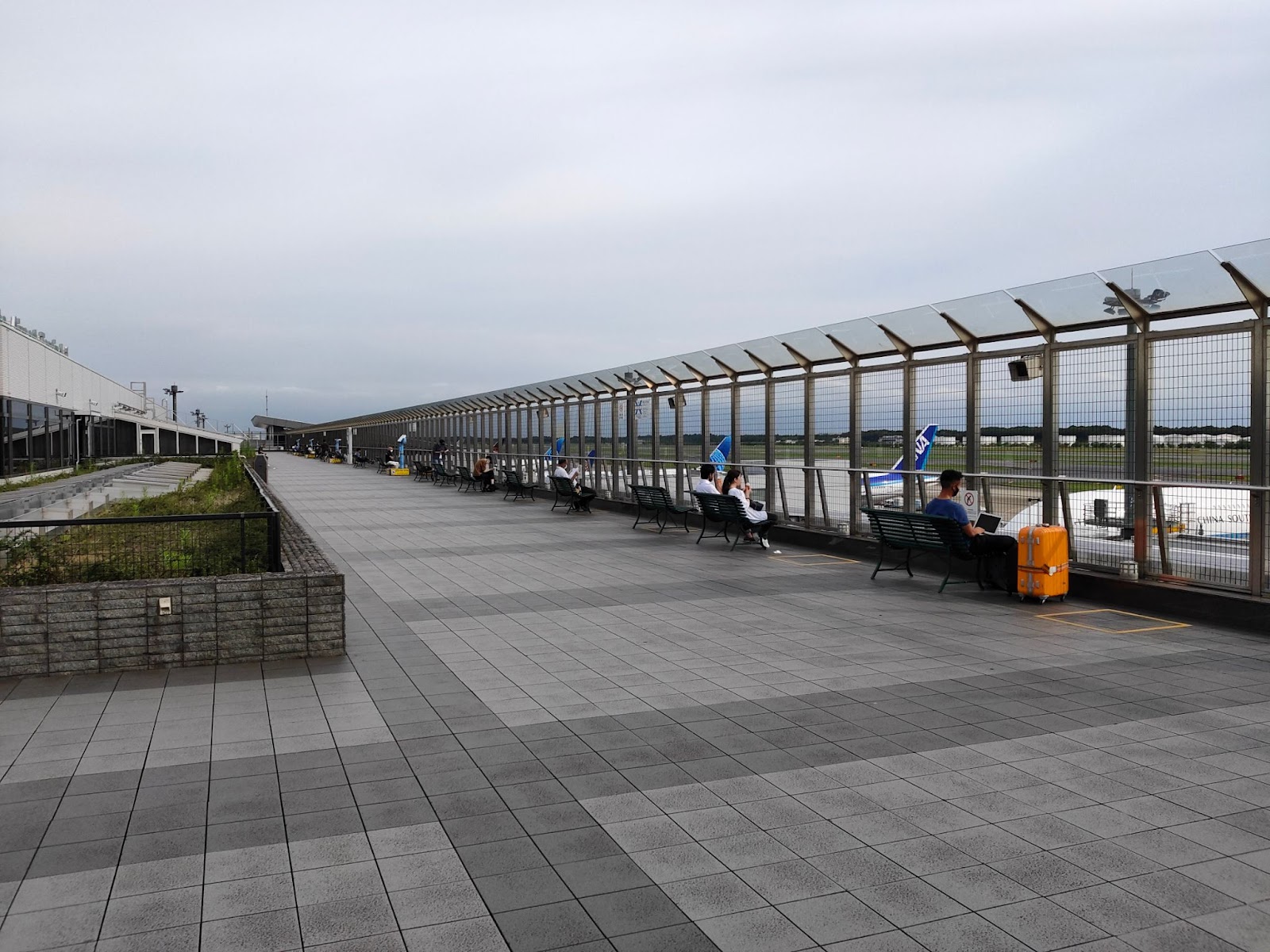 There was no rain that day so I headed out on to the observation deck.

I saw families and couple sitting (while social distancing) on the benches, some fully geared cameramen, as well as tourists and hobbyists. All in all it seemed like there were a lot of people around. 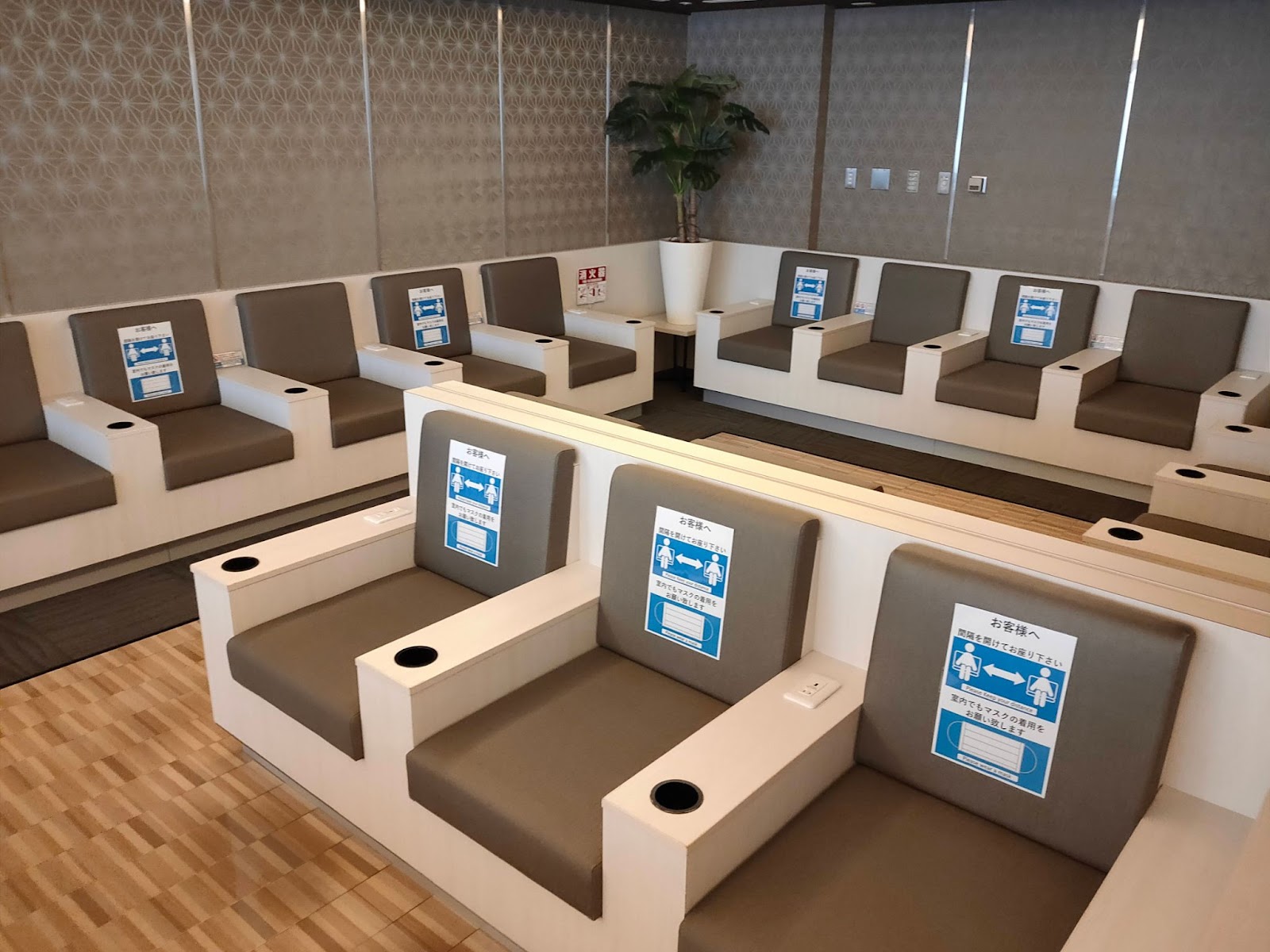 I decided to pay a visit to the credit card lounge as well,

I ended up being the only person there.

As a COVID precaution, visitors aren't allowed to sit in the in-between chairs. 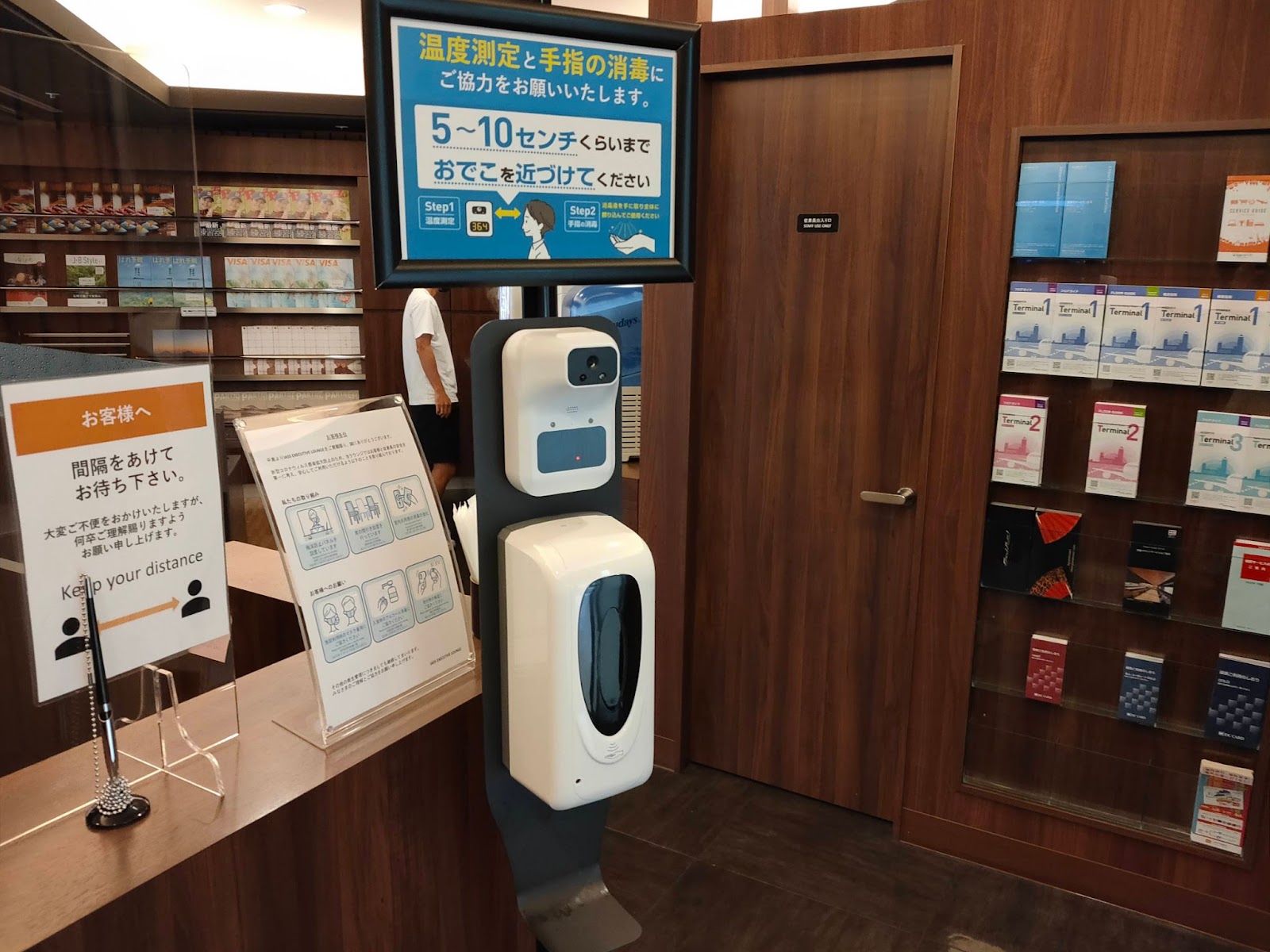 Before entering the lounge you're asked to use hand sanitizer and have your temperature taken. 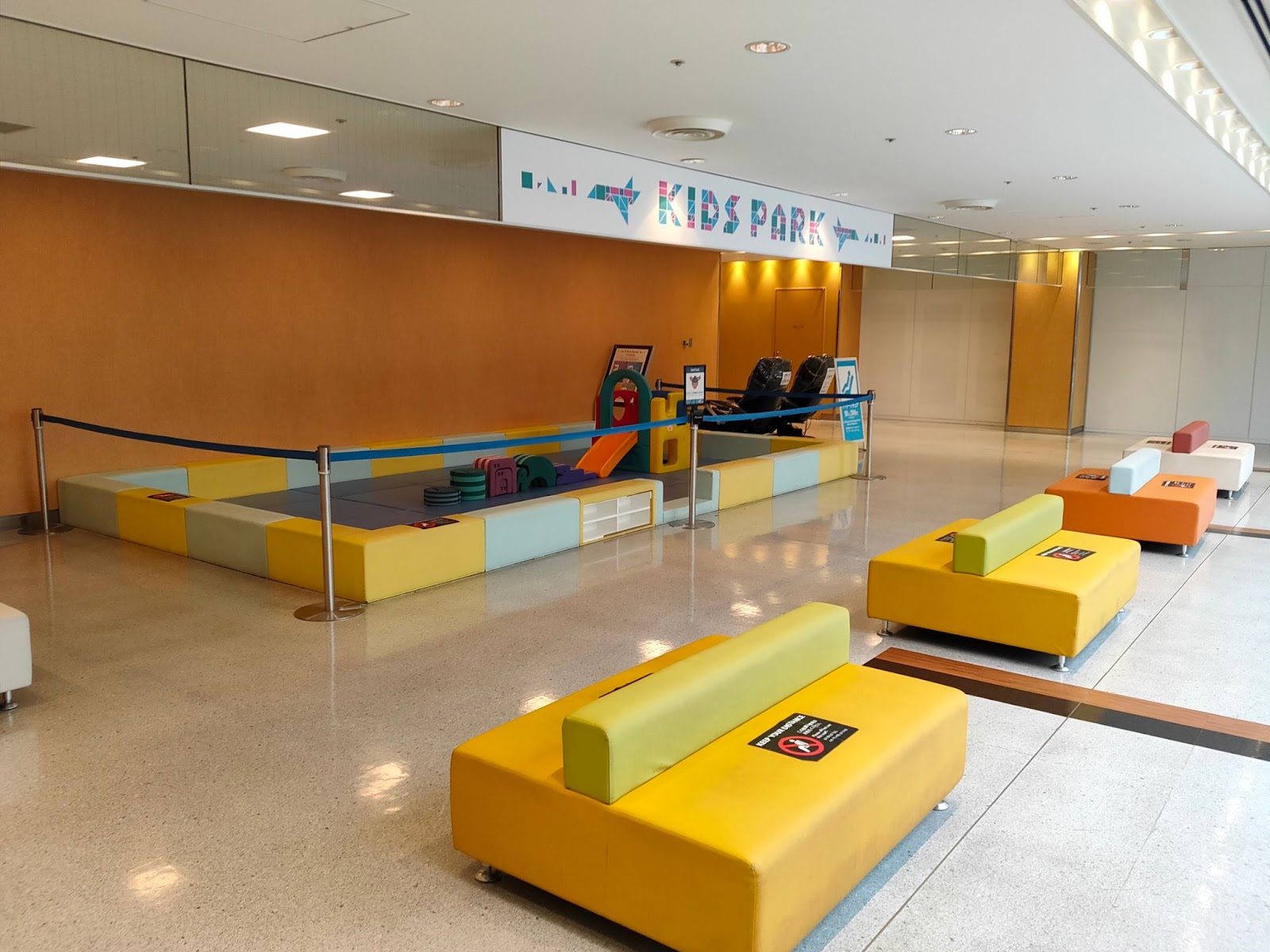 The children's park was closed. 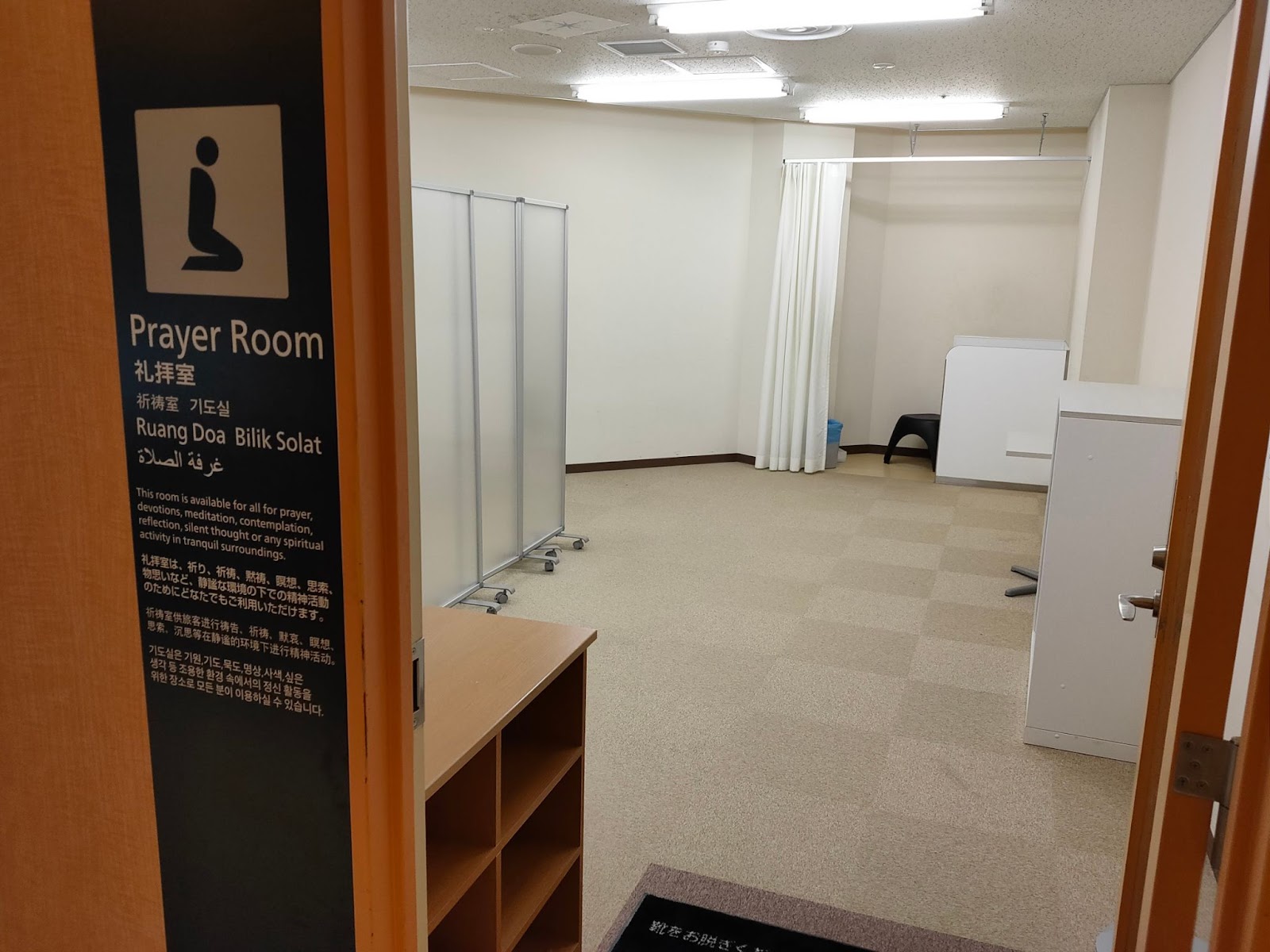 The prayer room was open, though there were no users at the time.

I once again boarded the airport bus line and headed to my final destination, Terminal 3. 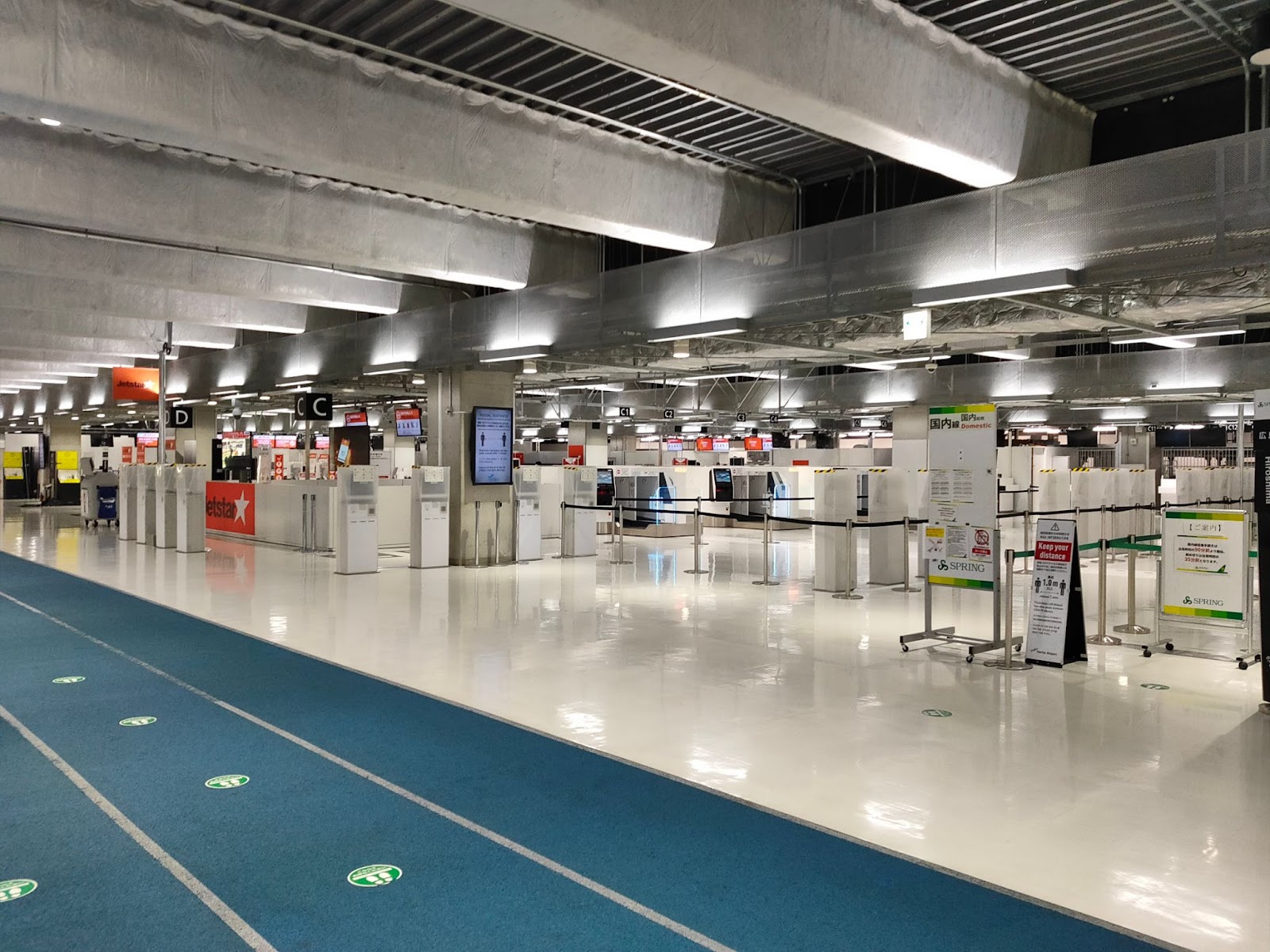 Terminal 3 has a departures/arrivals lobby for both domestic and international flights on the same floor.

However, the amount of domestic flights too are down from normal numbers, so the lobby was not particularly lively. 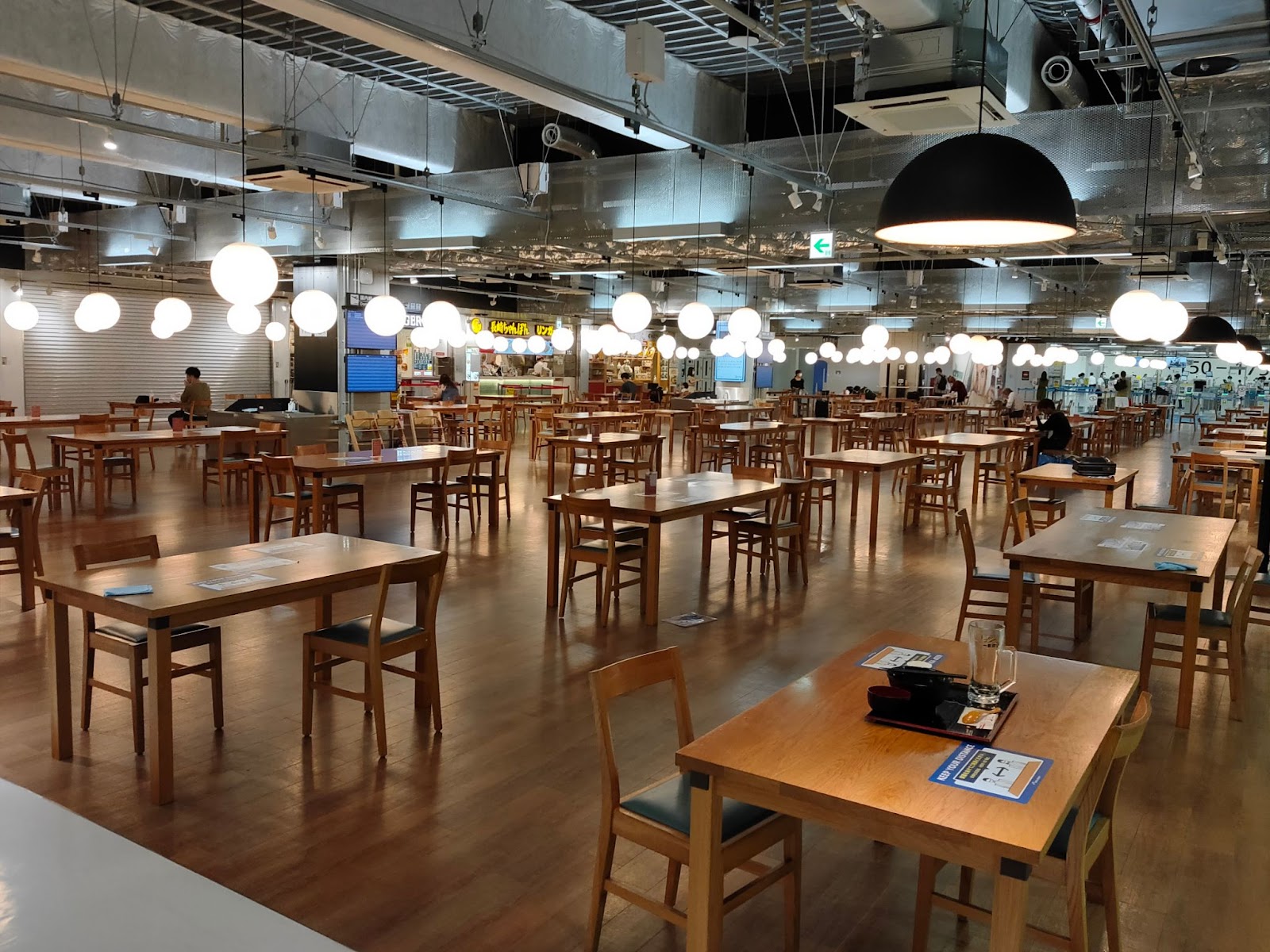 The standout feature of Terminal 3 is its large food court.

There were few people here too, making it feel even more spacious than it already is. 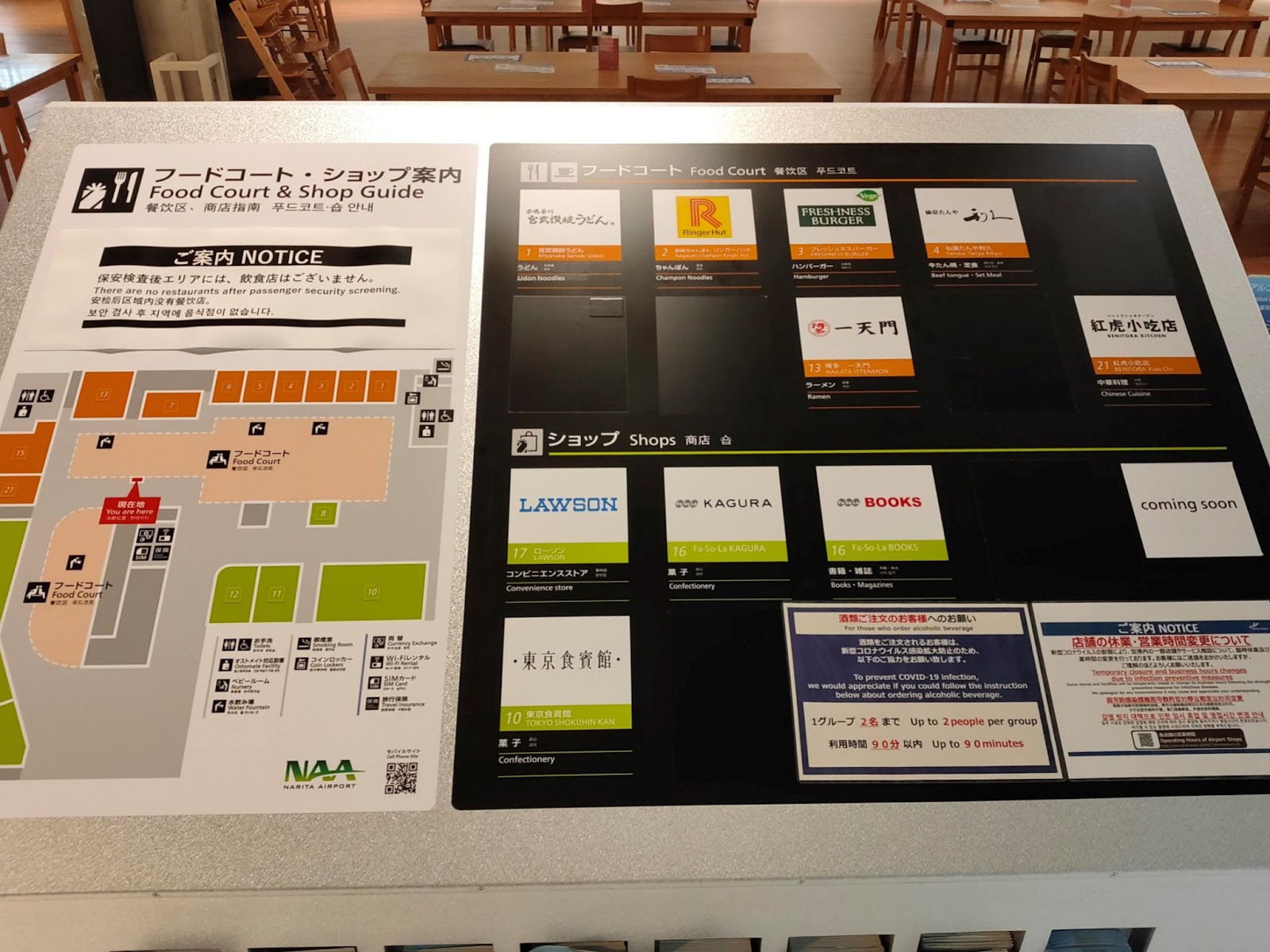 A number of shops were shuttered here too, but even so I got the impression that there was a larger proportion of open shops compared to the other terminals.

In front of the security checkpoint 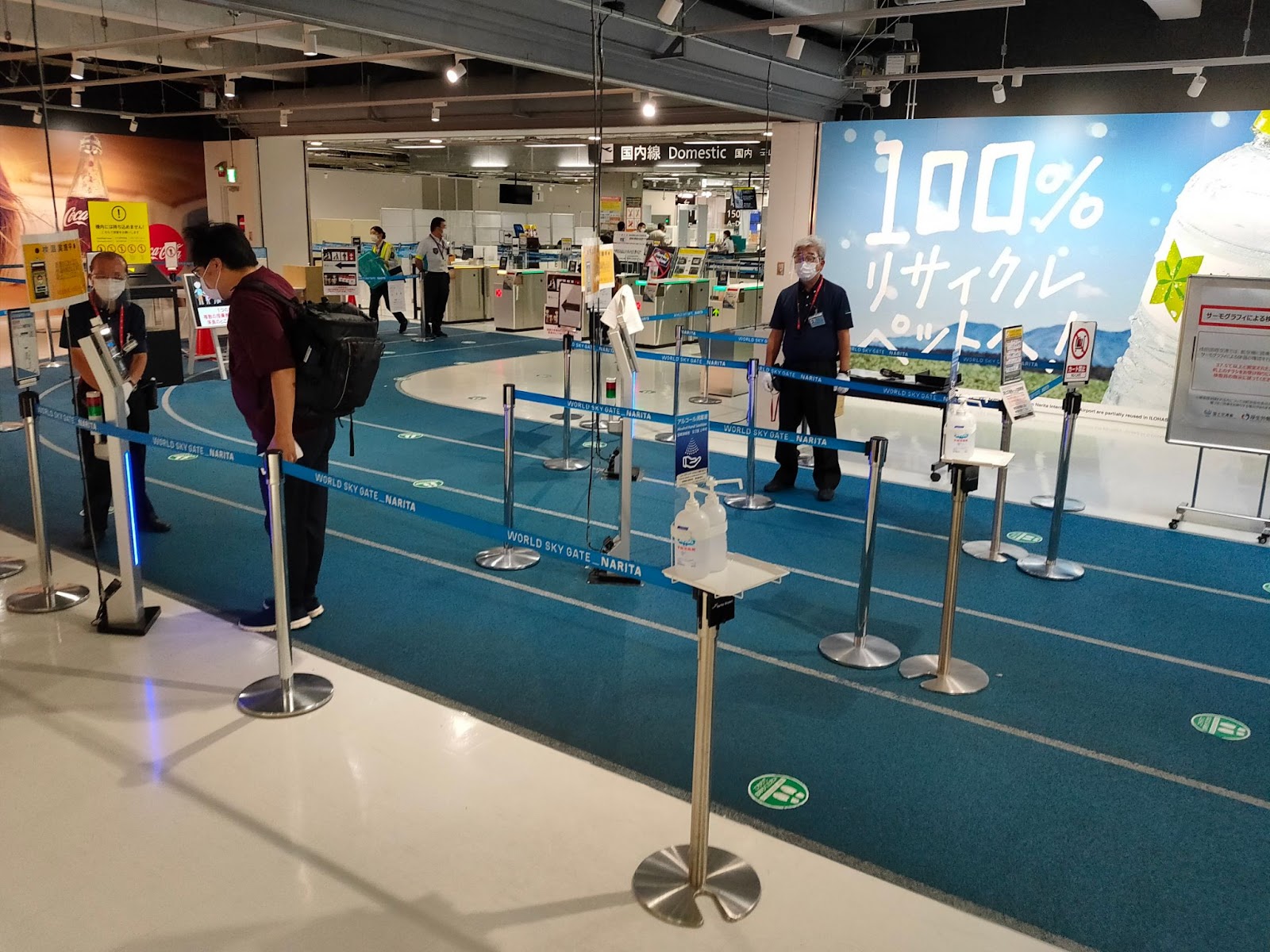 The front of the security checkpoint is fully equipped with hand sanitizer and a temperature checker.

Walking around the 3 terminals at Narita International Airport on the eve of the Olympic games, you'd expect I'd be in for a rare sight. However, with the number of people there being even less than I had imagined, the scenes I witnessed ended up being a rare experience in an entirely different sense.

Although vaccine deployment continues to pick up pace, the world is still not quite in a state where we can rest easy.

I hope that the day where we can travel in safety again comes as soon as possible.