Eel bread?! Introducing unique types of bread you can only get in Narita

Narita has lots of bakeries, and there are many shops for both Japanese customers and overseas travelers alike to conveniently shop at.

Here I will introduce the unique local breads that you’ll want to try when visiting Narita.

There's been an explosion in new bread varieties lately, including things like curry-stuffed bread made with high-end ingredients.

Perhaps it's because Japanese people are eating more bread now than they used to. It's often said that there's a movement away from rice, after all.

When looking at the sheer variety of bread types available, we see that there's certainly no such movement away from bread yet.

Over the past several years, a number of high-end bakeries have opened in Narita as well.

Because the town is located near Narita International Airport, many airport workers and foreign residents live in the area, so there might be a bigger demand for bread here than in other areas.

There are far too many great bakeries to introduce at once, so I'll just show a few kinds of bread that are unique to Narita and have been popular with locals and travelers alike for a long time.

All of these breads can be found in walking distance from Narita Station at places you can easily stop by on your trip. 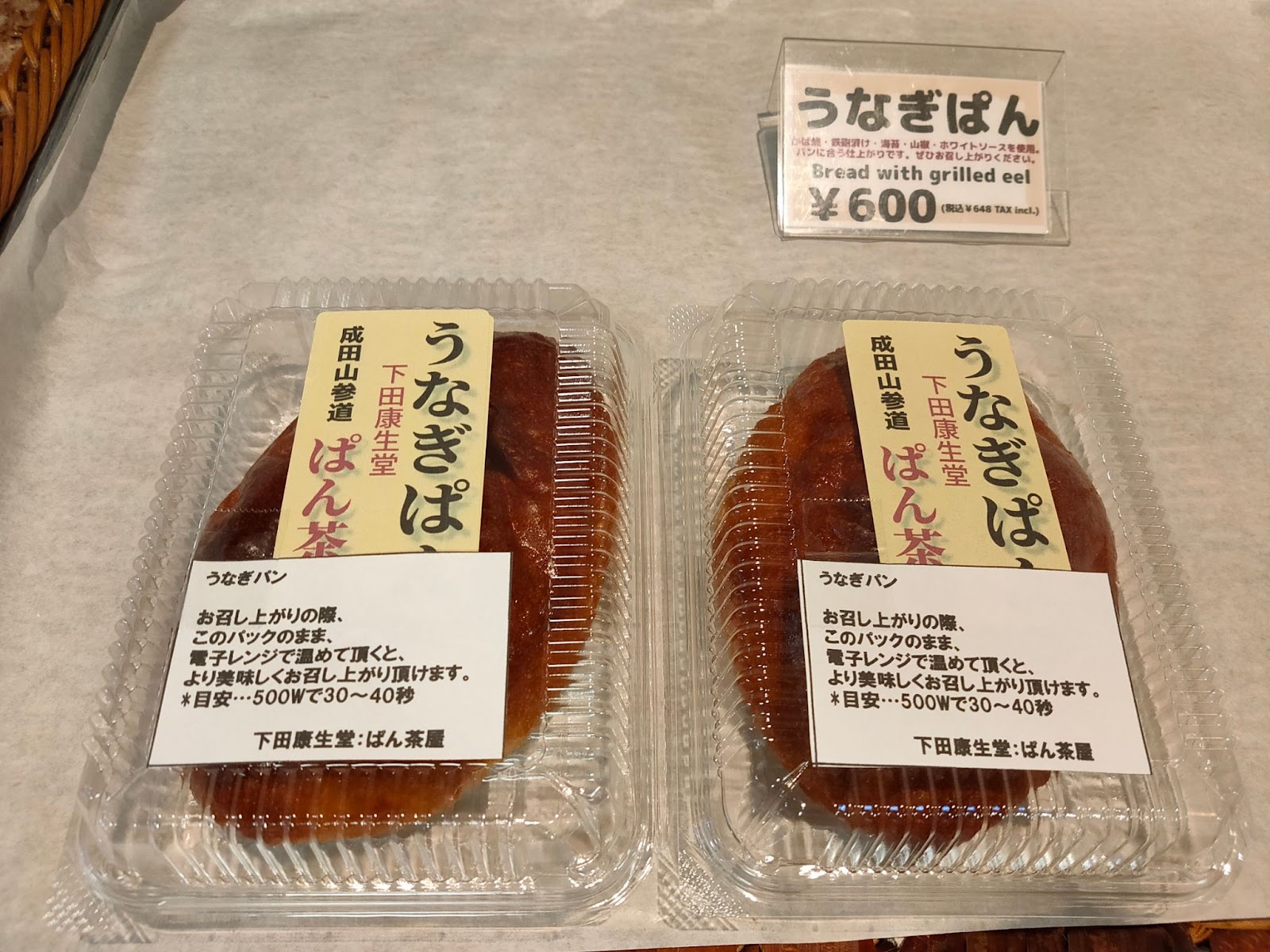 The thing Narita’s most famous for has to be eel.

If you venture along the route toward Naritasan Shinshoji Temple, you will find many long-established restaurants in old-fashioned buildings that specialize in eel dishes.

But you don’t have to eat eel the traditional way, served over rice in a box, to enjoy Narita’s culture of eel cuisine, which has been thriving since the Edo period (1603 – 1868).

Believe it or not, there’s a unique food that combines bread and eel. It’s called “unagi pan” in Japanese, meaning “eel bread.” 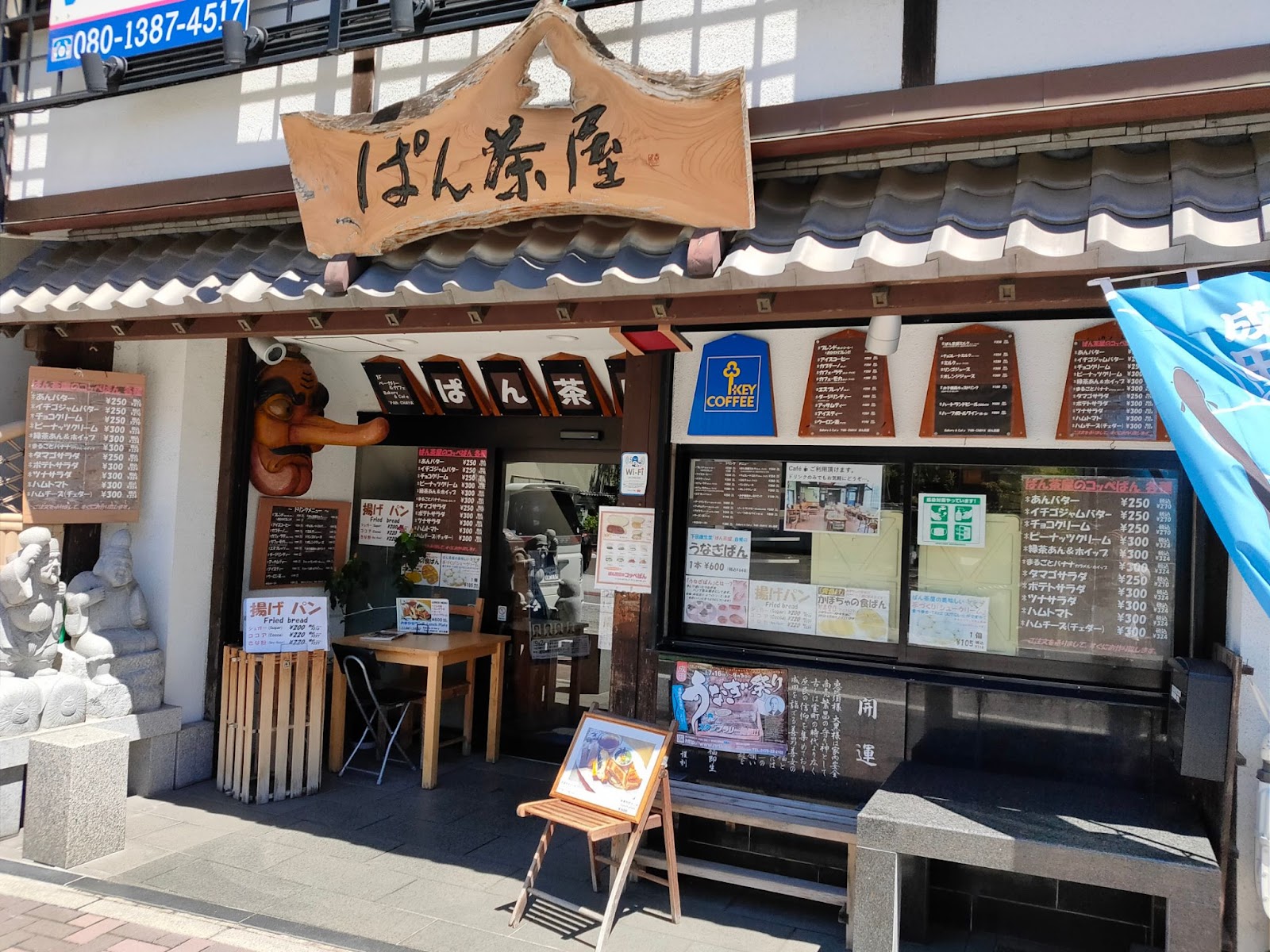 The place that sells eel bread is a bakery operated by a traditional Chinese herbal medicine store in Narita. It has been in business since the Edo period.

The store can be found on the way to Naritasan Shinshoji Temple when leaving from Narita Station.

Because it’s a bakery, in addition to eel bread, you can also find bread rolls, fried dough sticks, and many other breads and pastries. 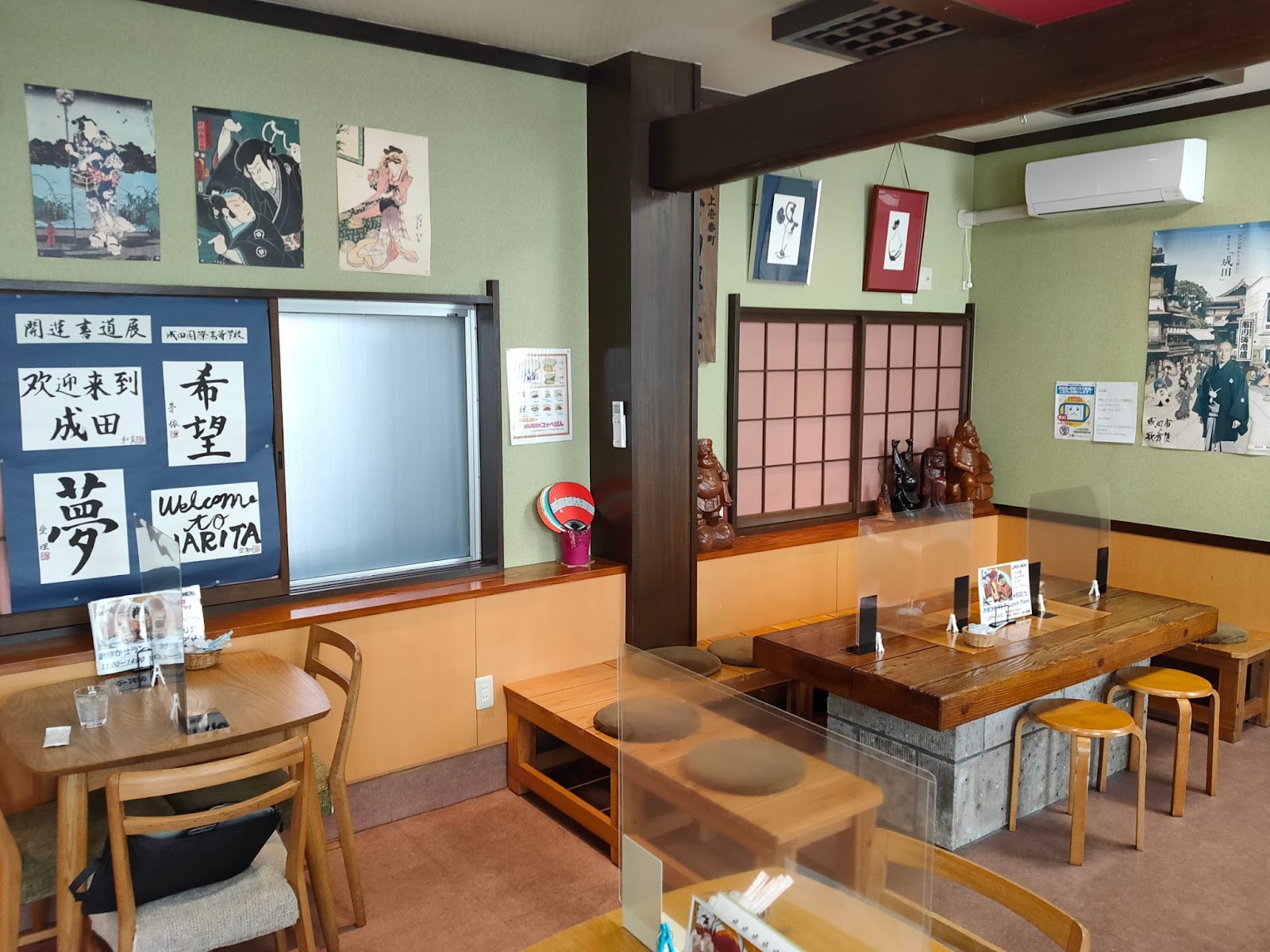 There is also table seating at the back of the store.

With a Japanese-style design, the space exudes an atmosphere very befitting of Narita. 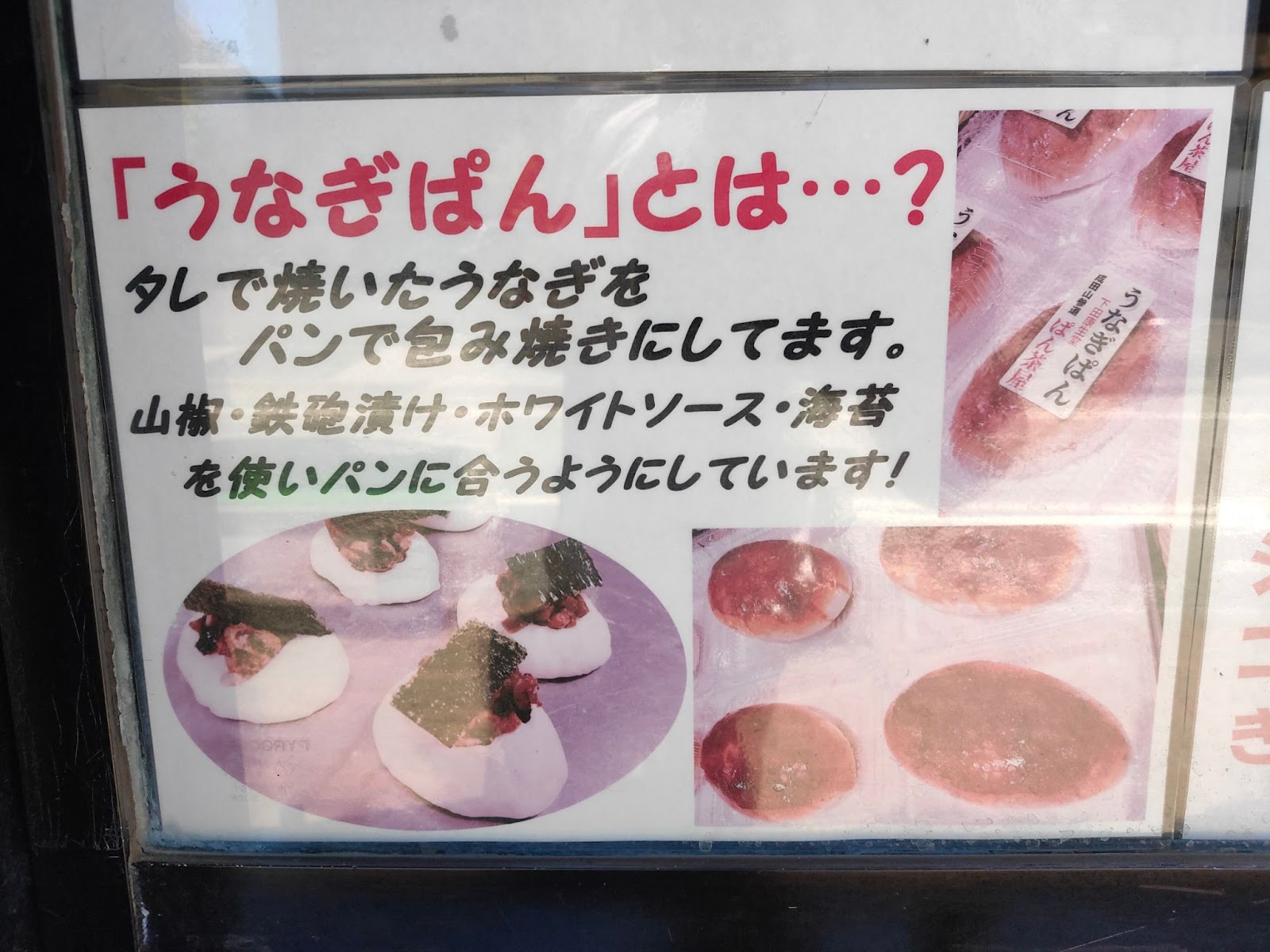 As expected, the store’s top recommendation is the eel bread.

I had never tried combining eel and bread before, so I had no idea what it would taste like.

The bread is set in a plastic case to make it easier to take home, but you can eat it in the store as well (the staff will warm it up for you). 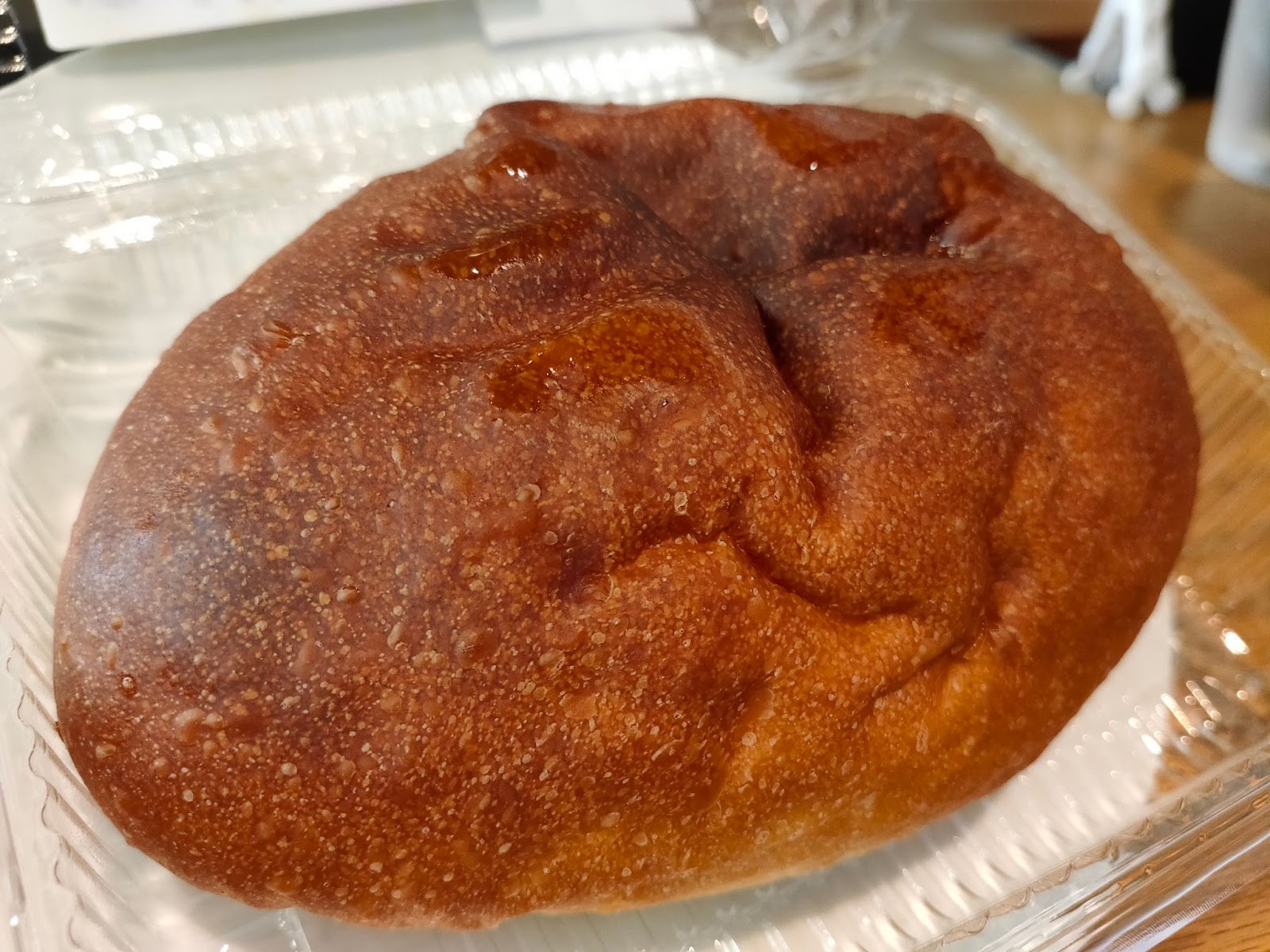 This is sure to make you hungry. 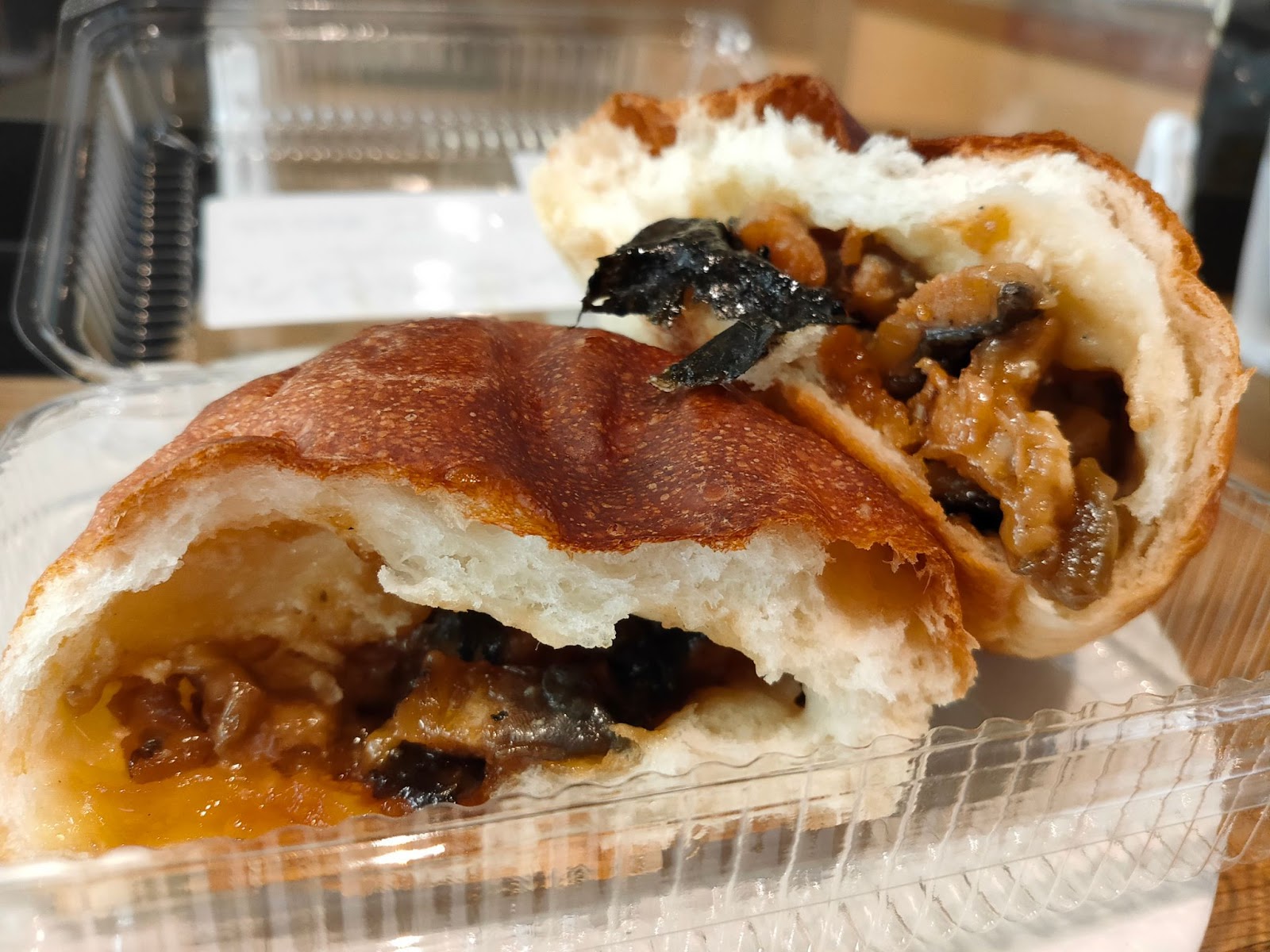 Resisting the urge to sink my teeth into it at once, I first tear it in half to see what’s inside.

It seems the ingredients inside are eel and something that looks like seaweed.

It tastes delicious! It really has that kabayaki eel flavor.

I believe this would be categorized as a kind of “stuffed bread." The pairing of bread and eel is excellent, and it has a rich, luxurious flavor even when compared to other types of stuffed breads.

After asking later on, I learned that the ingredients include eel, seaweed, Japanese pepper, and a kind of pickled vegetable famous in Narita, called “teppo zuke.”

So, with this eel bread you can also savor the crisp texture of pickled veggies.

It makes sense that a Chinese herbal medicine shop also known for its fertility treatments would be selling it. 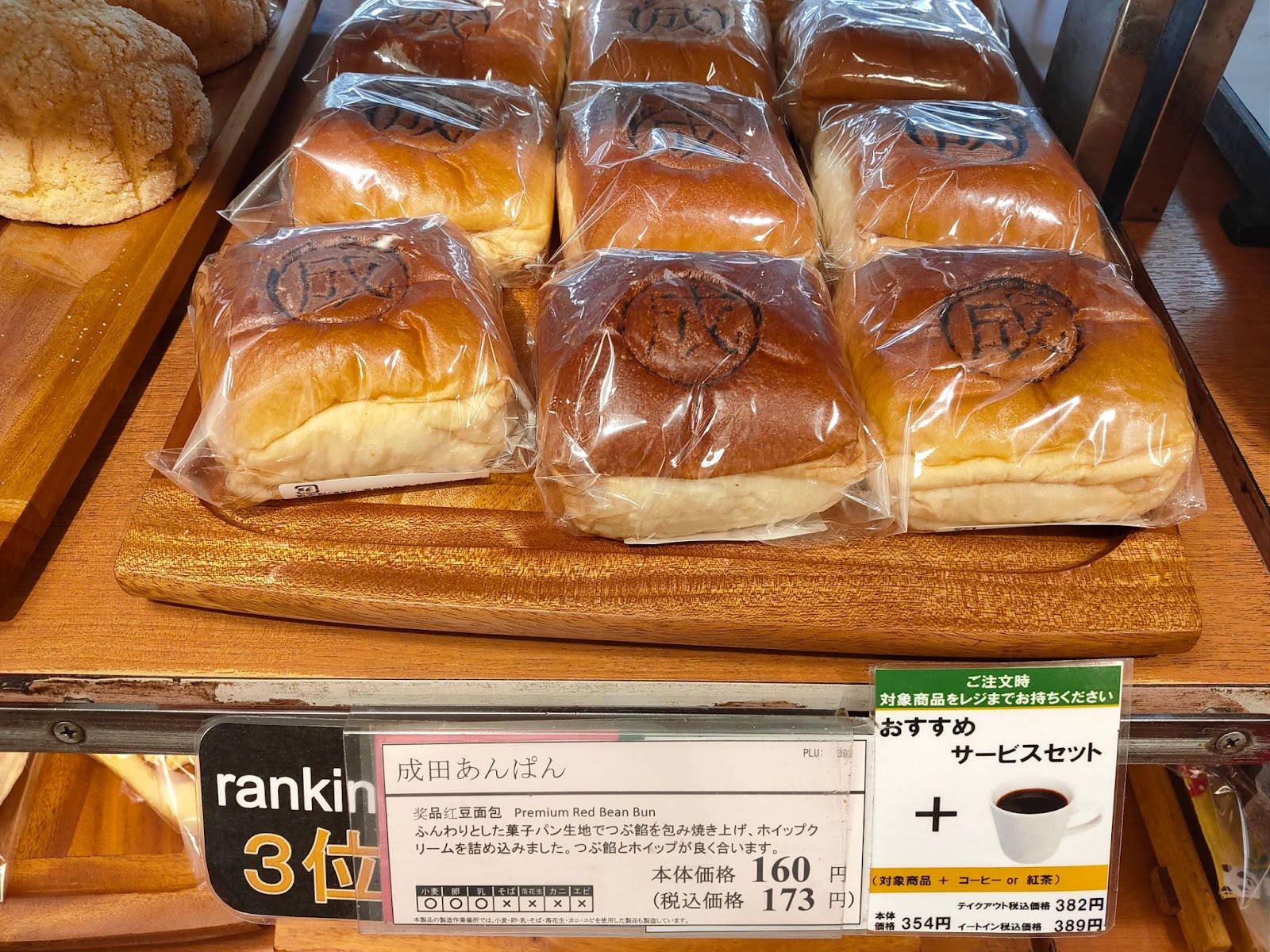 Next up is a type of anpan (a dessert bread roll filled with adzuki red bean paste) called "Narita Anpan."

This is another famous type of bread that’s been loved around Narita for years. 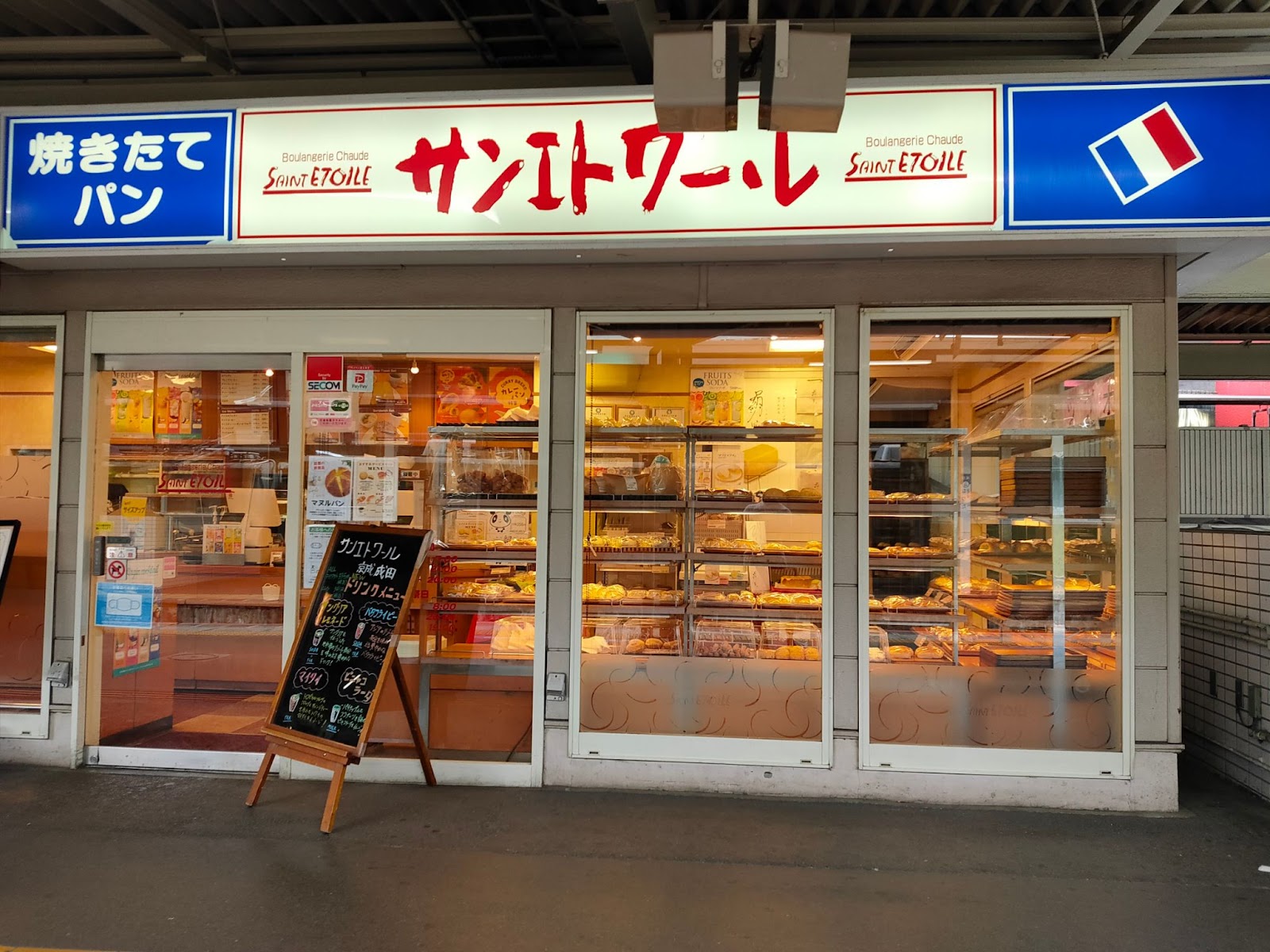 This anpan is available at a bread shop inside Keisei-Narita Station.

The chain has locations throughout the Kanto region, but it still keeps things local, with some stores selling original products. 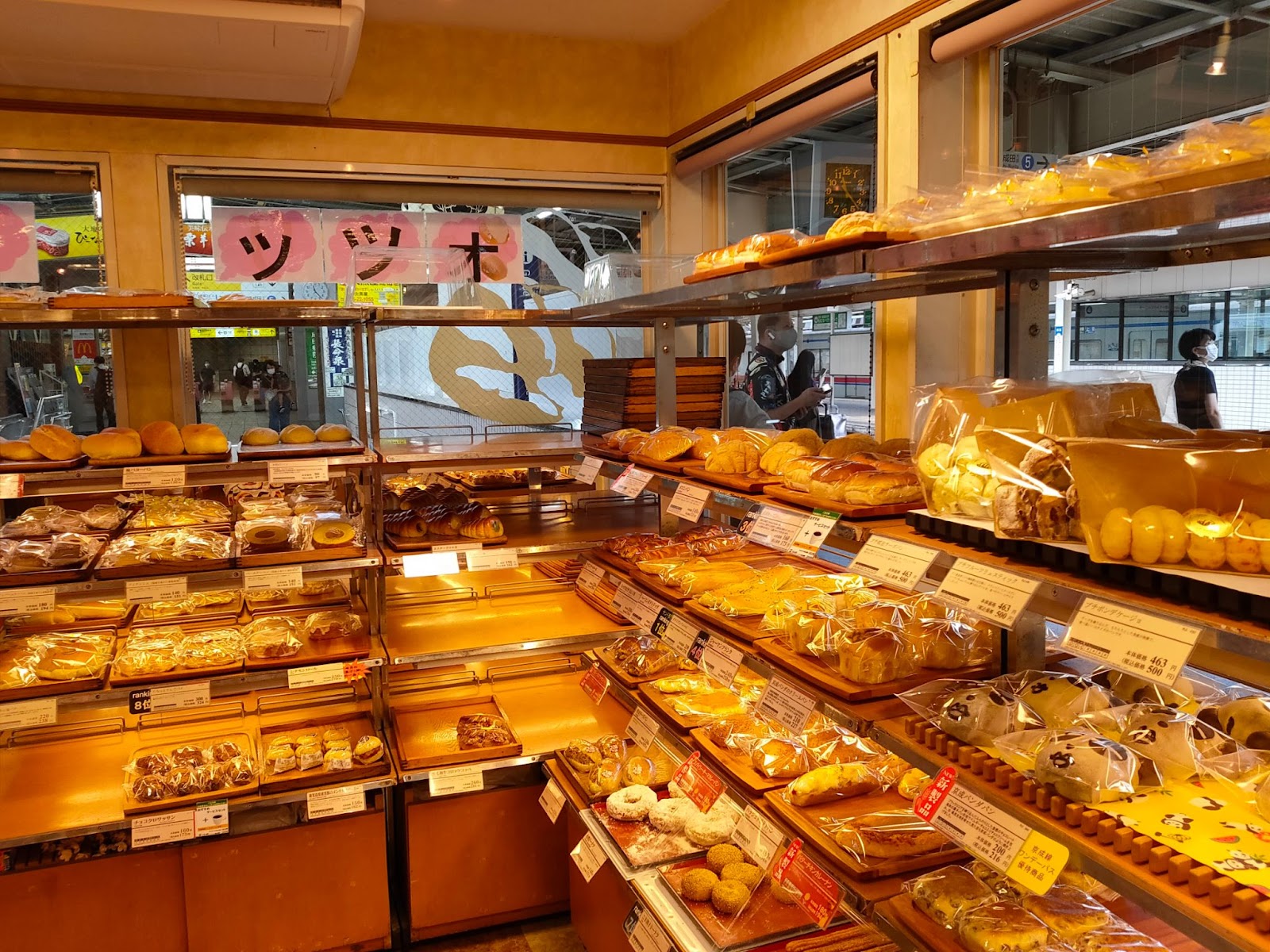 Stepping inside, we find the shelves lined with an array of delicious-looking bread.

You can buy to-go, of course, but there is also table- and counter-seating available in the back, so you can enjoy your bread inside together with a drink. 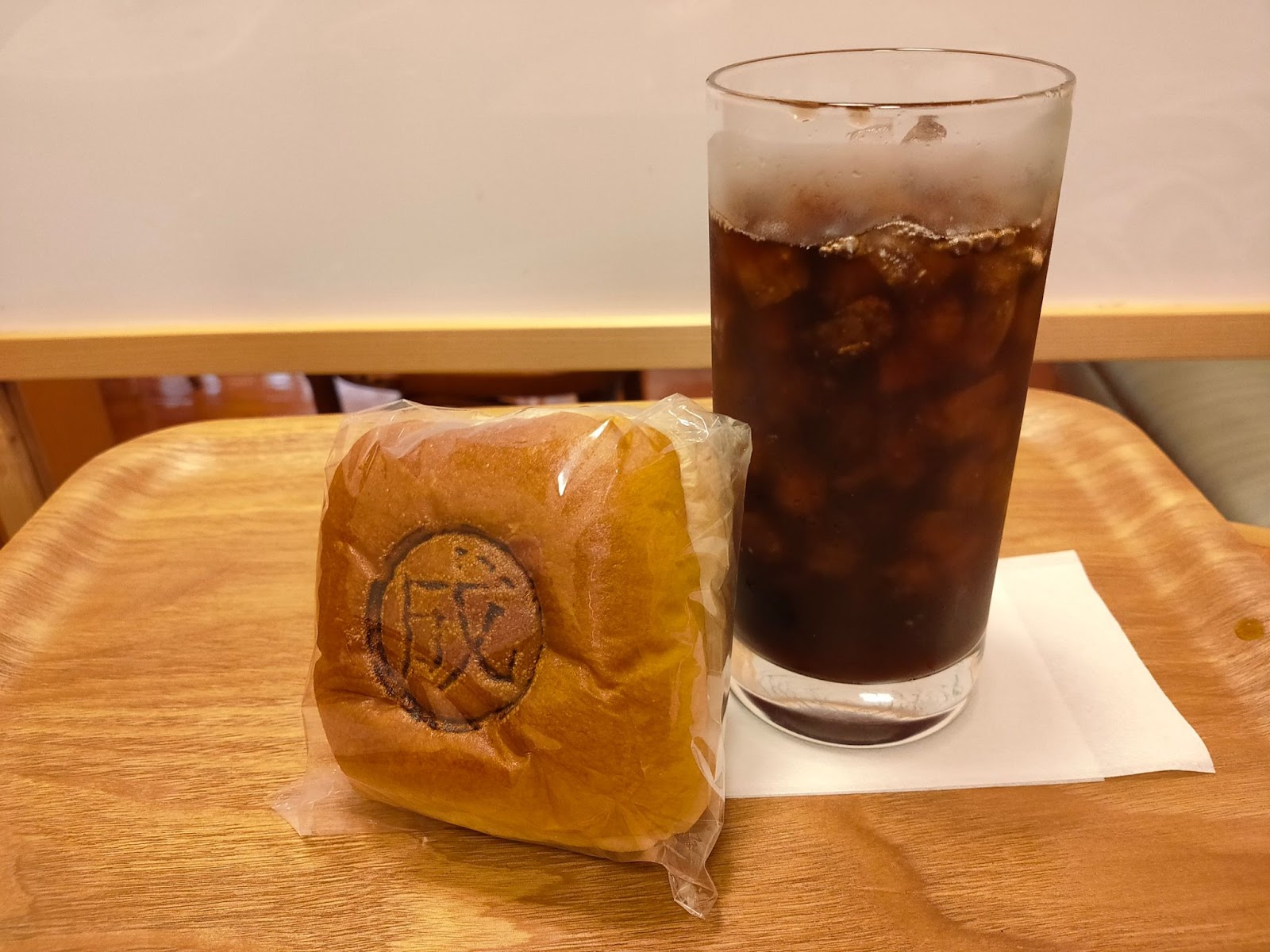 The Narita Anpan was set right in the center of the display shelf, where it's easy to spot.

The mark for "Narita" at the center of the bread is cute.

This time I ordered a set that came with a drink. 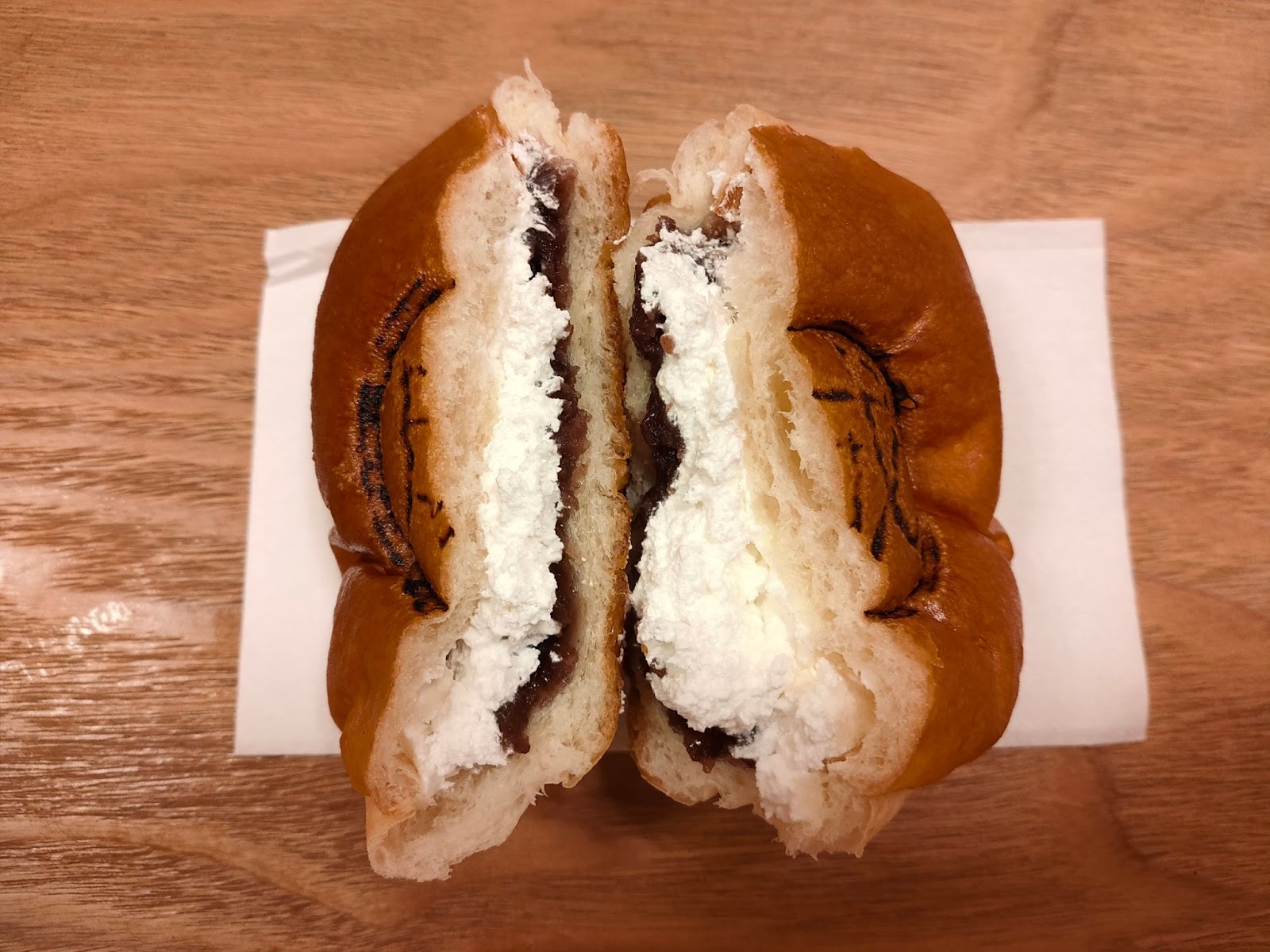 Let's go ahead and break this in half to look inside.

I thought there would just be red bean paste inside, so I was surprised to find that it was also full of whipped cream.

And lots of it, at that.

The combination of whipped cream and red bean paste is amazing.

To be honest, I'm not normally much one for sugary foods, but this anpan was delicious and not overly sweet, so I gobbled it down in no time.

I think this anpan would be a hit with men and women of all ages.

They're individually wrapped, so you can easily buy some to take back on the train with you. 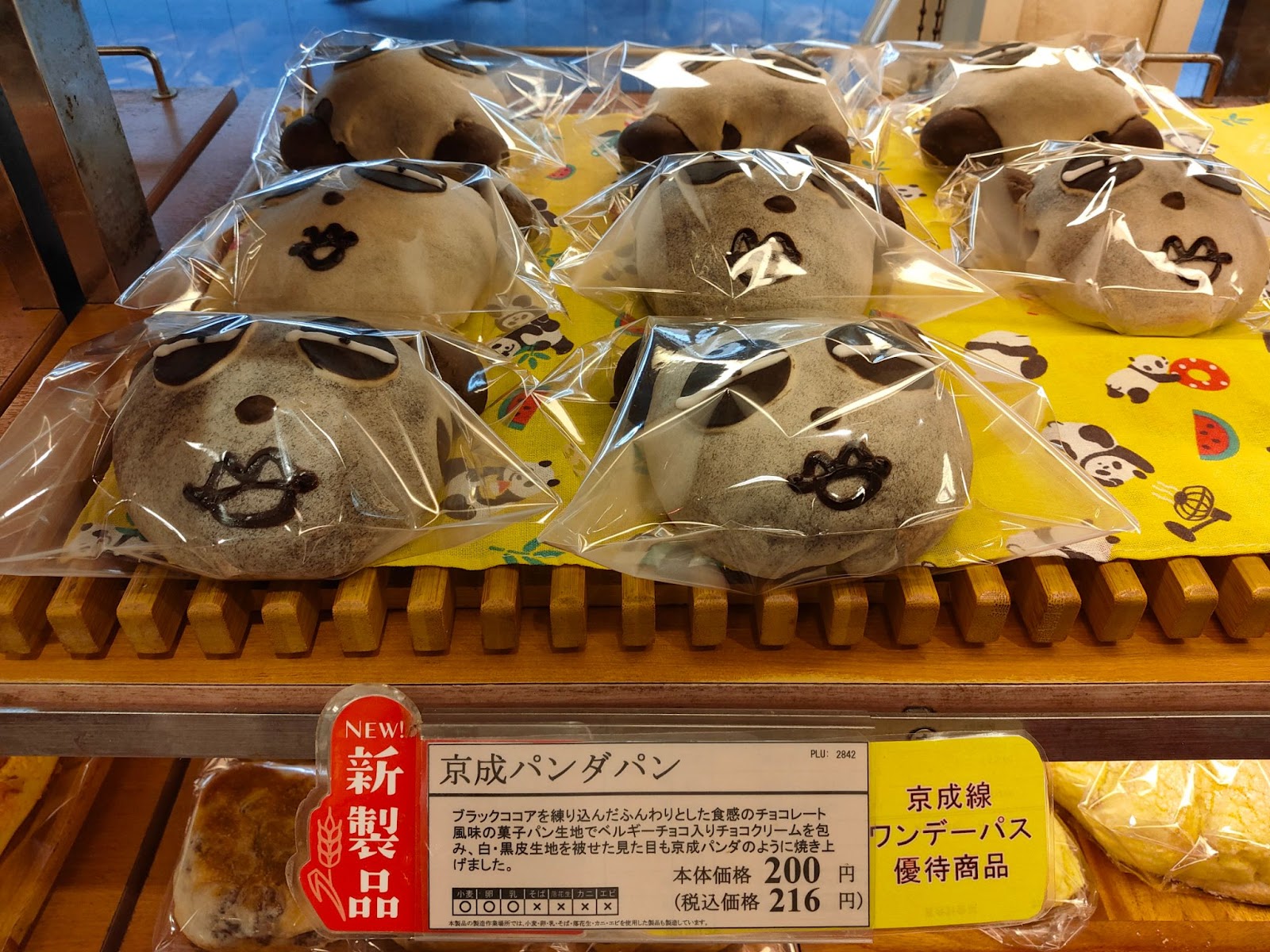 There were also a number of other unique kinds of bread, including some modeled after Keisei Panda, the mascot of Keisei Electric Railway. 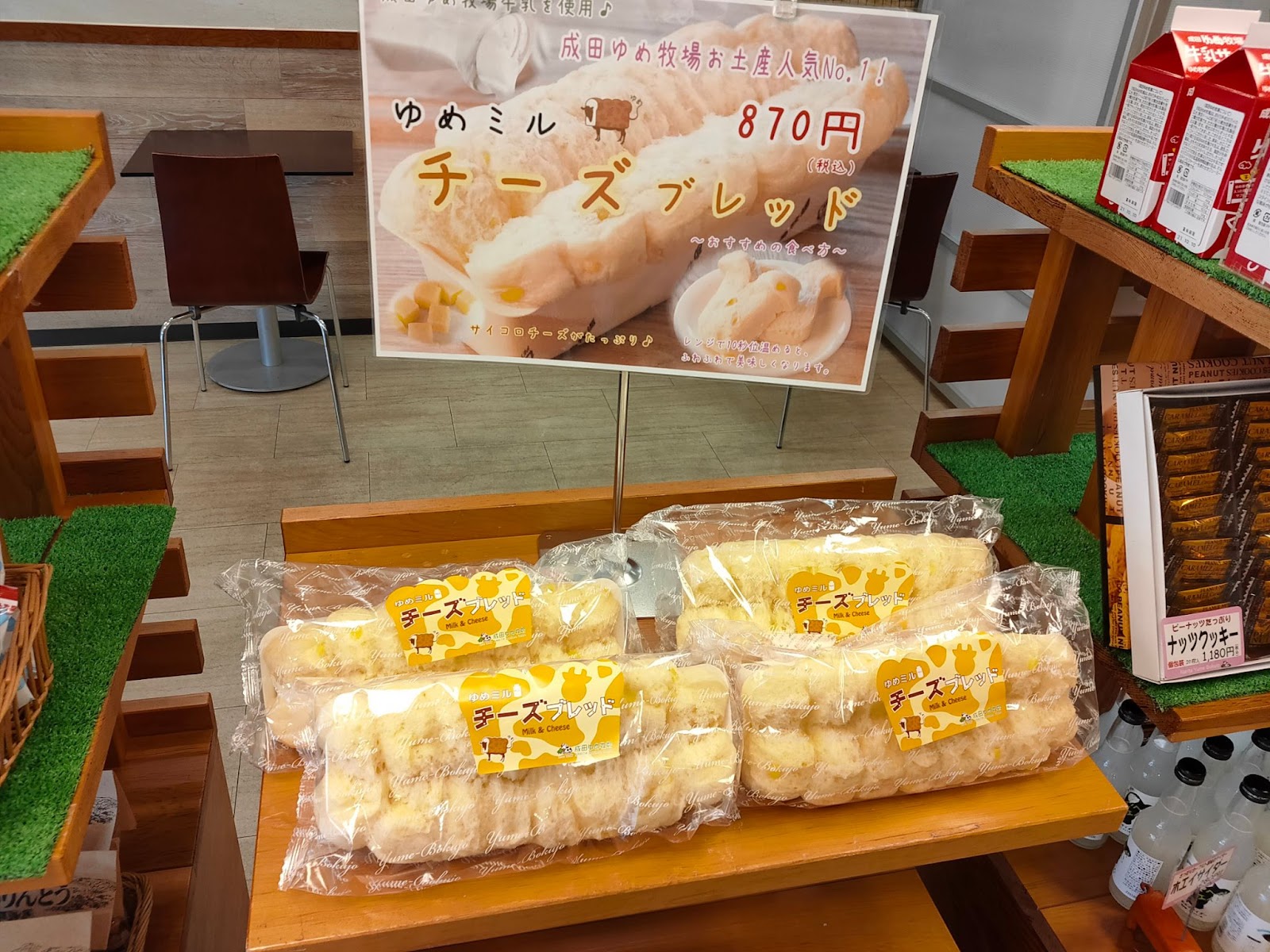 Last up is cheese bread.

I suppose this would be categorized as a kind of loaf-style bread.

This is another popular local bread that everyone who tries thinks is great. 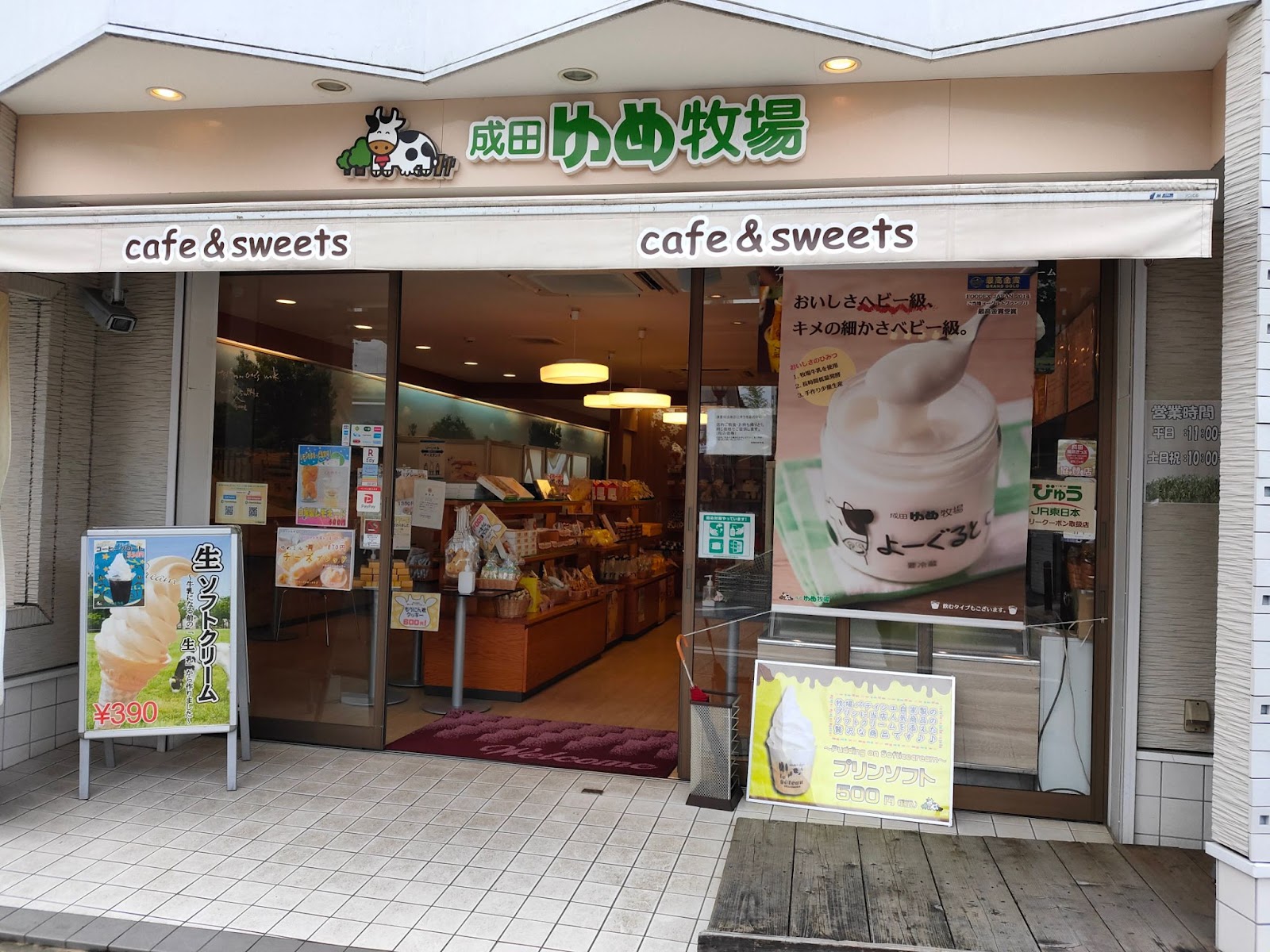 The stores carrying this bread use ingredients sourced from a farm in Narita.

Narita Dream Farm has facilities available for visitors to enjoy a number of activities, including interacting with animals, camping, and more.

You would need a car to get to the farm itself from Narita Station, but there are several directly-operated stores in the station area.

Today, I visited the Narita Dream Farm location in Hanazakicho. 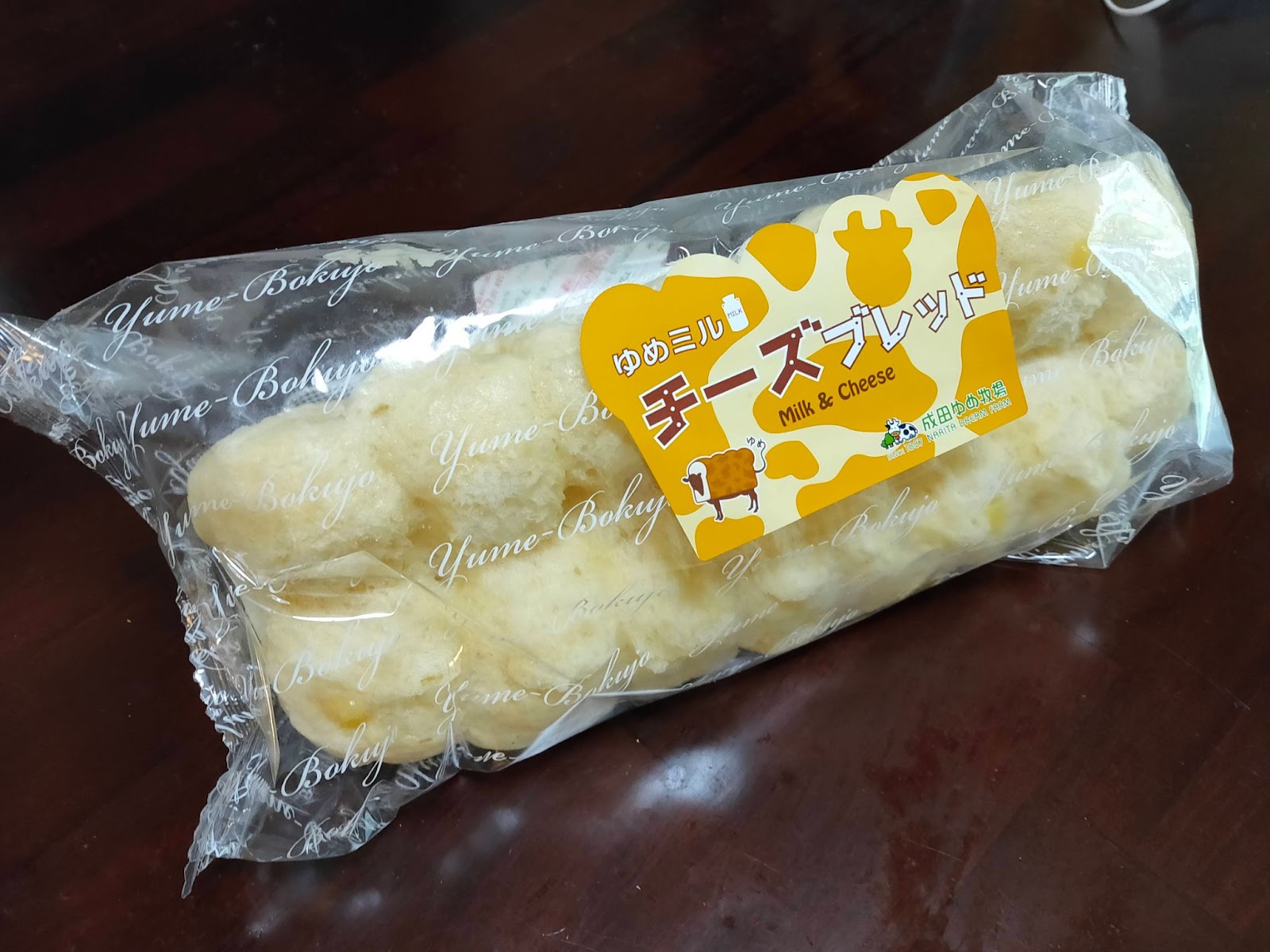 Although few in number, there are some tables and chairs in the store, so it is possible to eat inside.

I picked up some cheese bread to go, hardly able to keep my eyes off the other tasty-looking products made with ingredients from the farm. 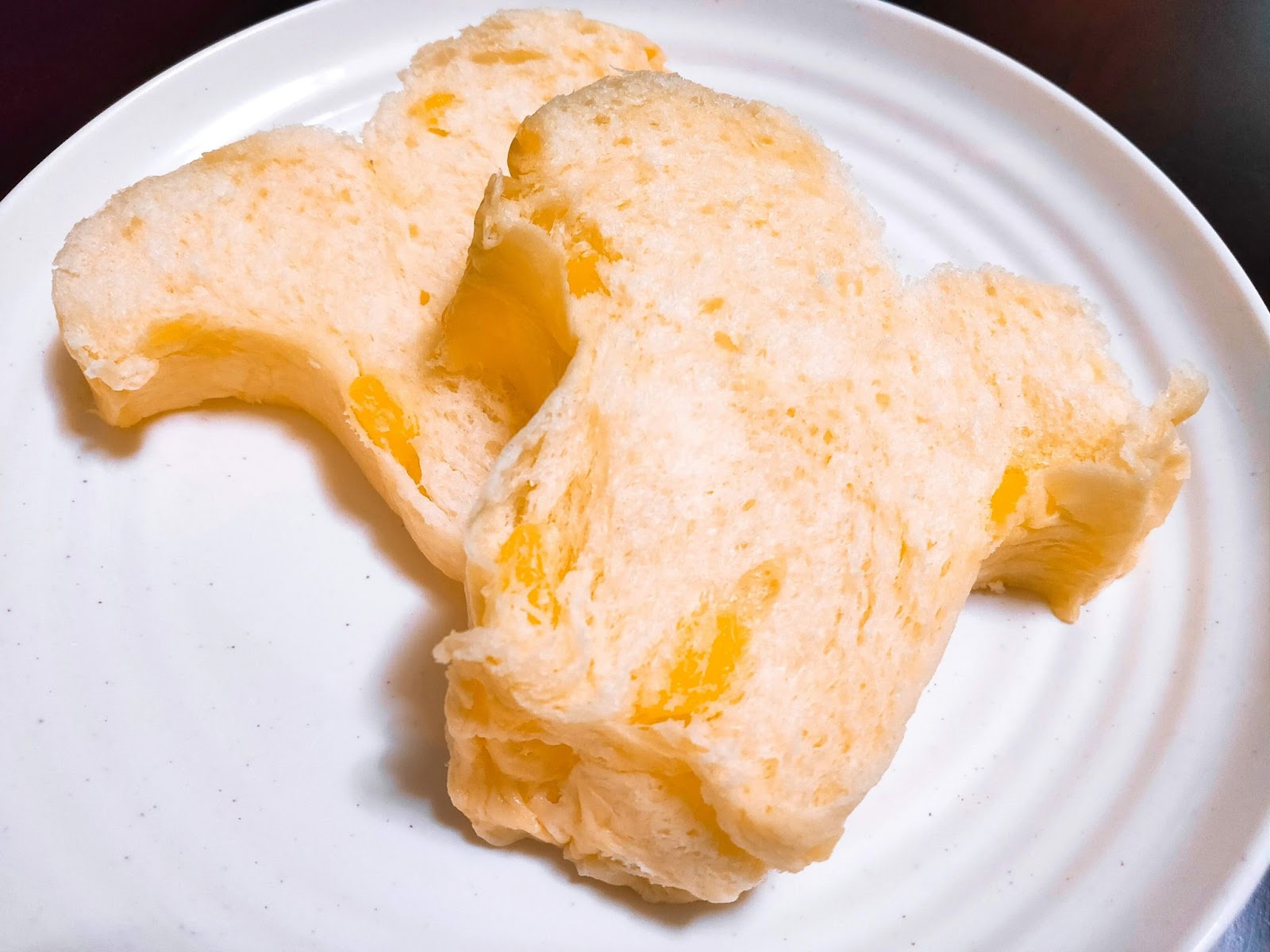 I opened it up as soon as I arrived back home. Many pieces of block cheese were inside.

It has a soft and fluffy texture, with a slightly sweet smell that tickles your appetite. 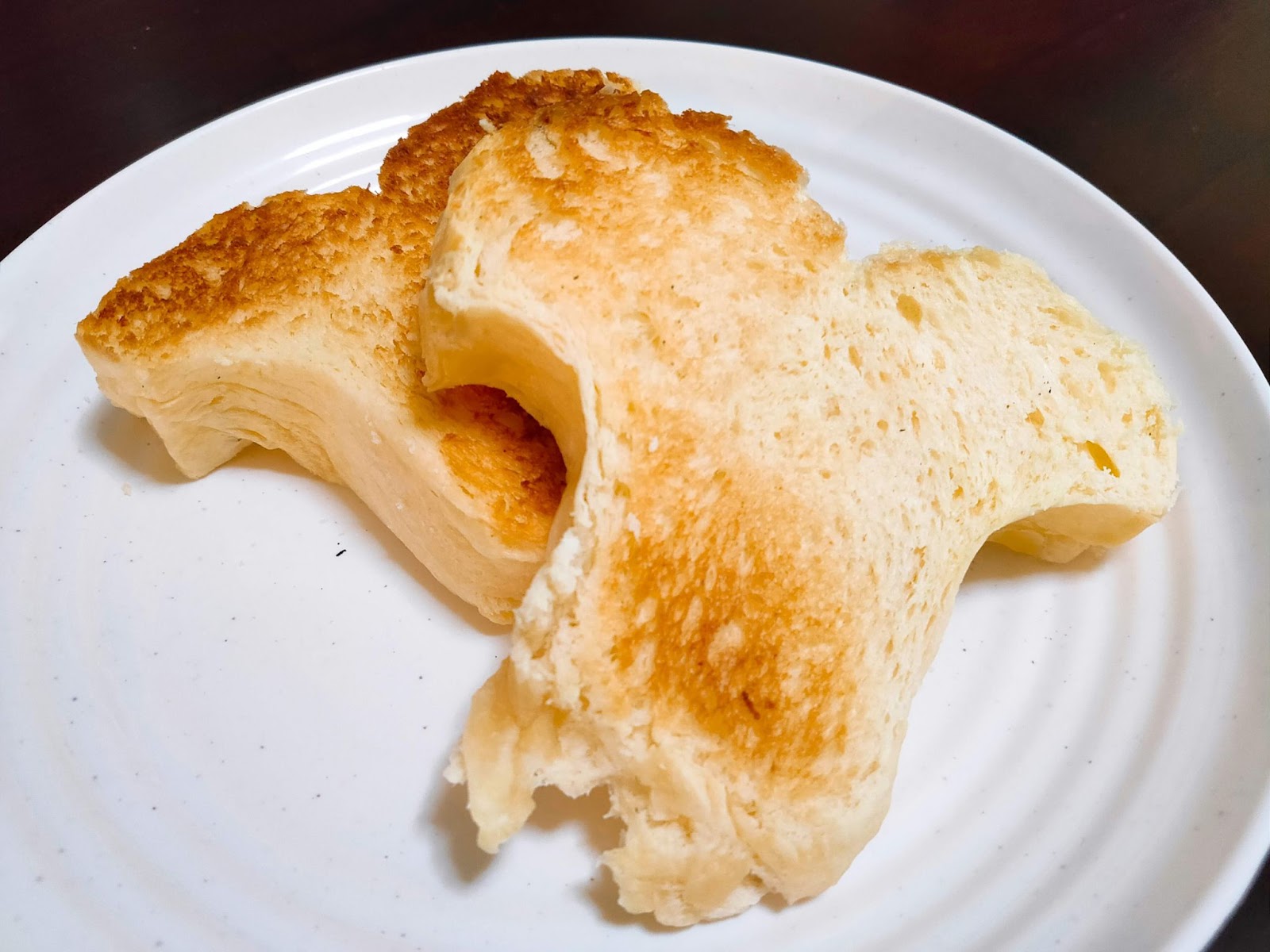 This is how I'd personally recommend eating it.

Toast in a toaster oven until the outside is crispy, and the inside is nice and soft.

The aroma of cheese and milk when it's fresh out of the toaster is mouth watering.

The rich flavors fill your mouth even without adding jams or spreads. It's the kind of bread you'll eat way too much of if you're not careful. 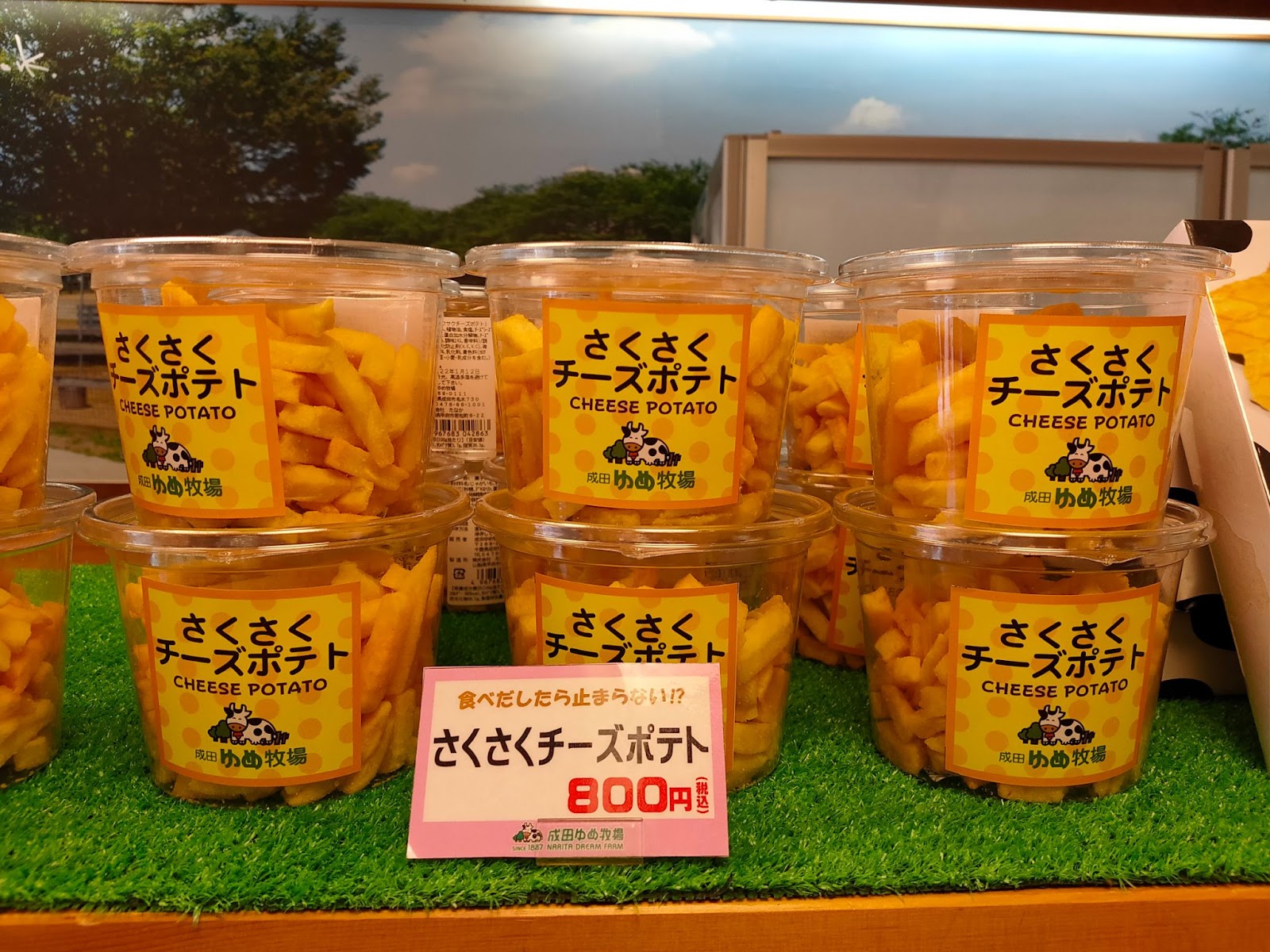 The store mainly carries dairy products, and has tons of foods you'll want to try out.

The unique and delicious local breads from Narita...

Each type of bread is one-of-a-kind, both in terms of appearance and concept—and, most importantly, they're all truly delicious.

As mentioned earlier, many new bakeries have opened in Narita over the past several years, and fantastic breads are available at all these stores.

In addition to eel and ramen, it looks like Narita might also be on its way to becoming famous for its bread in the future.