When they think of Narita, many people might picture the Naritasan Shinshoji Temple. However, that is not its only highlight. There are many people in Narita working to welcome visitors, which is why I would like to introduce them to you as well.

Here, I will introduce them as "Naritanohitobito!"

Our guest this time is Mr. Tomura Eihide, who runs various kinds of culinary establishments centered around Narita.

He talked to us about his life's many ups and downs and what he is aiming to achieve.

My name is Tomura Eihide and I am the representative of Fall Leaf Co., Ltd.

I am originally from Tomisato City, which is right next to Narita City.

I have been working in the restaurant industry for around 20 years and I currently own 6 establishments, mainly in Narita.

We are developing restaurants in a variety of different styles, such as "Seafood x Charcoal Grill Akira," "Horumon Grilled Meats Gyushokudo, "and Shabu-shabu Sasaki."

We have continued opening restaurants focusing on foods that employees with whom we have a close relationship are good at making, and this has led us to have a total of 6 establishments today, mainly focused around Narita.

- How long have you been involved in the restaurant industry? - 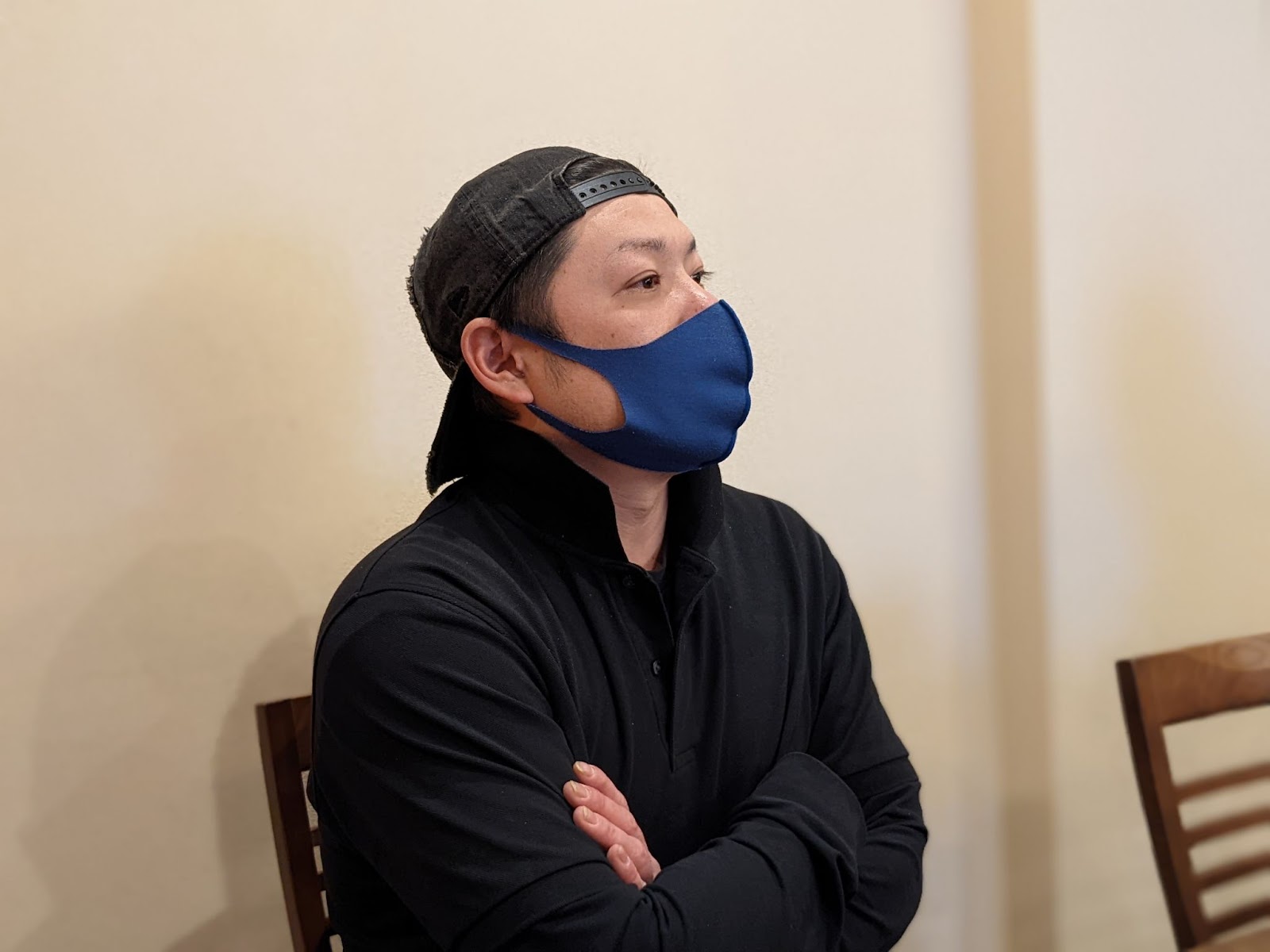 I entered the restaurant industry in my late teens. I started by working in bars and izakayas.

When I was 19 years old, the president of the company for whom I was working at the time suddenly decided to entrust me with my own shop.

There were a lot of things that I needed to do, including managing the shop's sales and staff, and even doing things like painting the place's interior by myself. I worked constantly, without any holidays.

I also handled the interior of this shop (the interview took place inside "Seafood x Charcoal Grill" Akira) by myself, and I really think that the time, experience and knowledge that I gained then live on in the way that I manage restaurants now.

- What made you decide to open your own place? -

At first, the shop that had been entrusted to me had steadily increasing sales, but at that time, the crackdown on drunk driving began to be strengthened nationwide. As a result, sales began to decline.

It had become impossible to survive with a shop that mainly focused on alcohol, so I was dispatched to various kinds of restaurants, such as some sushi restaurants and "GRILL HOUSE Hiro'S", a teppanyaki restaurant that was very popular in Narita at the time, in order to improve my cooking skills.

I was 26 years old when I went independent.

I opened a place at the west exit of Narita Station and operated it while continuing to pay royalties to the company that I was a part of at that time.

The shop turned out well, so I opened a second one. My third shop was the first one that was managed by my own company. At that time, the two other shops that I had been managing until then got turned over to the company as well, and I created the company "FallLeaf Co., Ltd." (a separate corporation from the current "Fall Leaf Co., Ltd.).

- Are the shops that your company are operating doing well? - 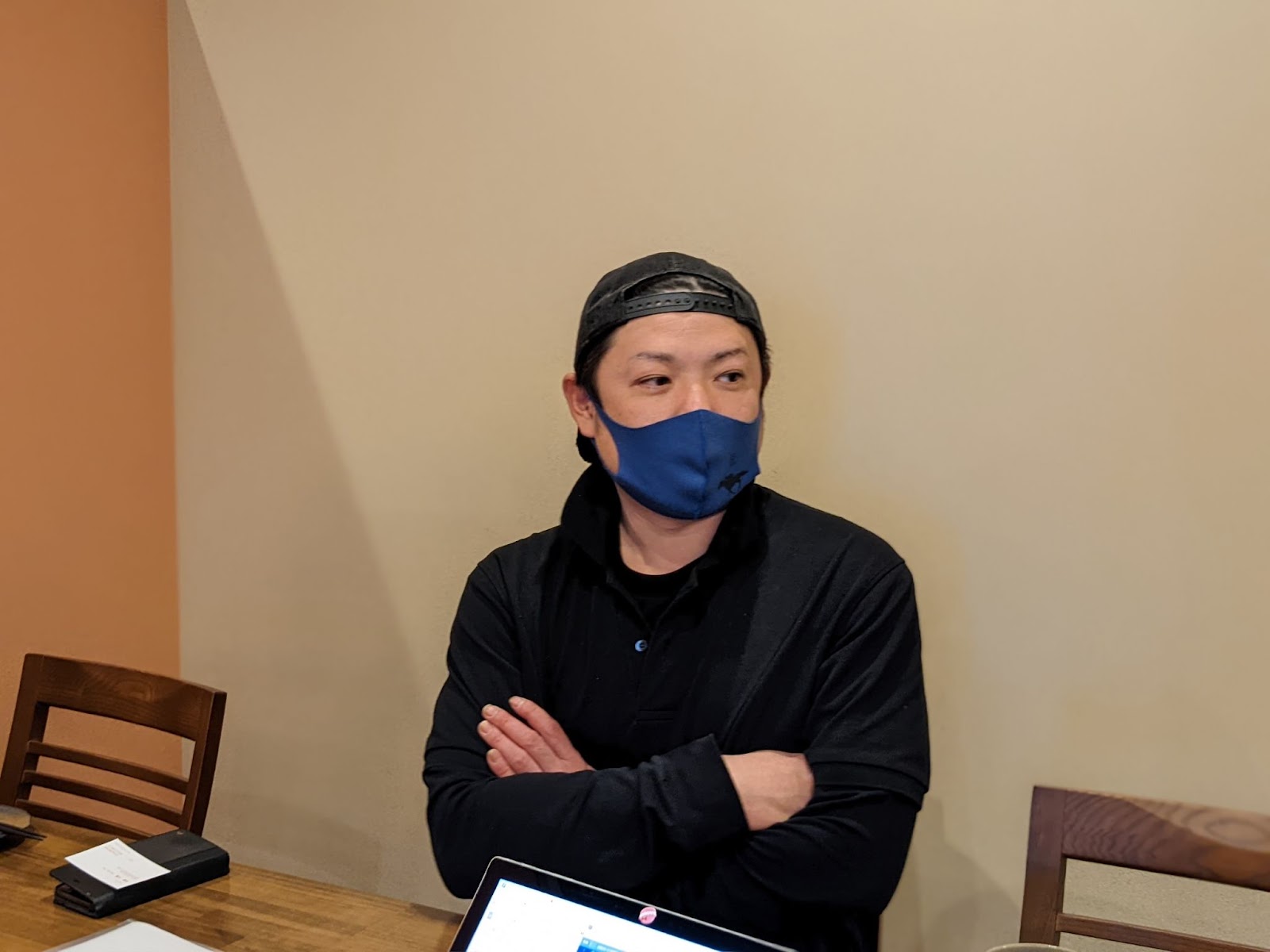 Around Narita Station, we opened several establishments such as "Mizutaki Motsunabe Dan" and "Teppanyaki Dan". Thankfully, we gained some regular customers and our sales started steadily increasing.

At that time, there were no major chain restaurants in Narita, and we were often used by airport personnel, so I think we did a good job in terms of capturing demand.

So everything was going well until that point, but something happened when I was 31.

- Please tell us the details of what happened. -

At that time, I had a manager whom I had put in charge of accounting. We had been cooperating really well until then, but we gradually started to have disagreements because of differences in our managerial directions.

I wanted to steadily keep opening new shops, but my manager wanted to rather solidify the company's internal structure.

One day, this manager and all the employees told me that they wanted to start their own company, without me.

I had been working so hard to have my own shop in Narita, and now that I had finally achieved it, this happened, so I took it very hard mentally.

I was thinking of leaving all the shops that my company had operated and just quitting, but with the advice of a tax accountant, I decided to leave the company and take just one shop with me.

- What did you do after leaving the company? -

After leaving the company, I had this period where things were very difficult mentally, but I kept going with the one shop I had kept.

Eventually, some long-time regular customers who knew my situation came and encouraged me, and some staff members who had had part-time jobs at my previous company came back to work for me.

This really saved me mentally. I gained the motivation to work hard and do my best once more, so I was able to launch the current "Fall Leaf Co., Ltd." and start again.

The new company is taking various challenges; not only opening restaurants, but also embarking on a business venture to manage the BBQ areas in front of Kaihin Makuhari and Ryogoku Kokugikan through some old connections that I have.

We also opened 2 new shops during the COVID-19 pandemic.

- What kinds of actions do you plan to take for the future? -

Right now we can't ignore the influence of COVID-19, and I think we will have to endure until demand recovers. It has become difficult to see the future these past 3 years.

However, for a long time, I have been aiming to create a restaurant company capable of influencing Narita City.

Concretely, I would like for our company to be able to open a store in Narita International Airport.

- To finish, do you have a message that you would like to convey to our readers? - 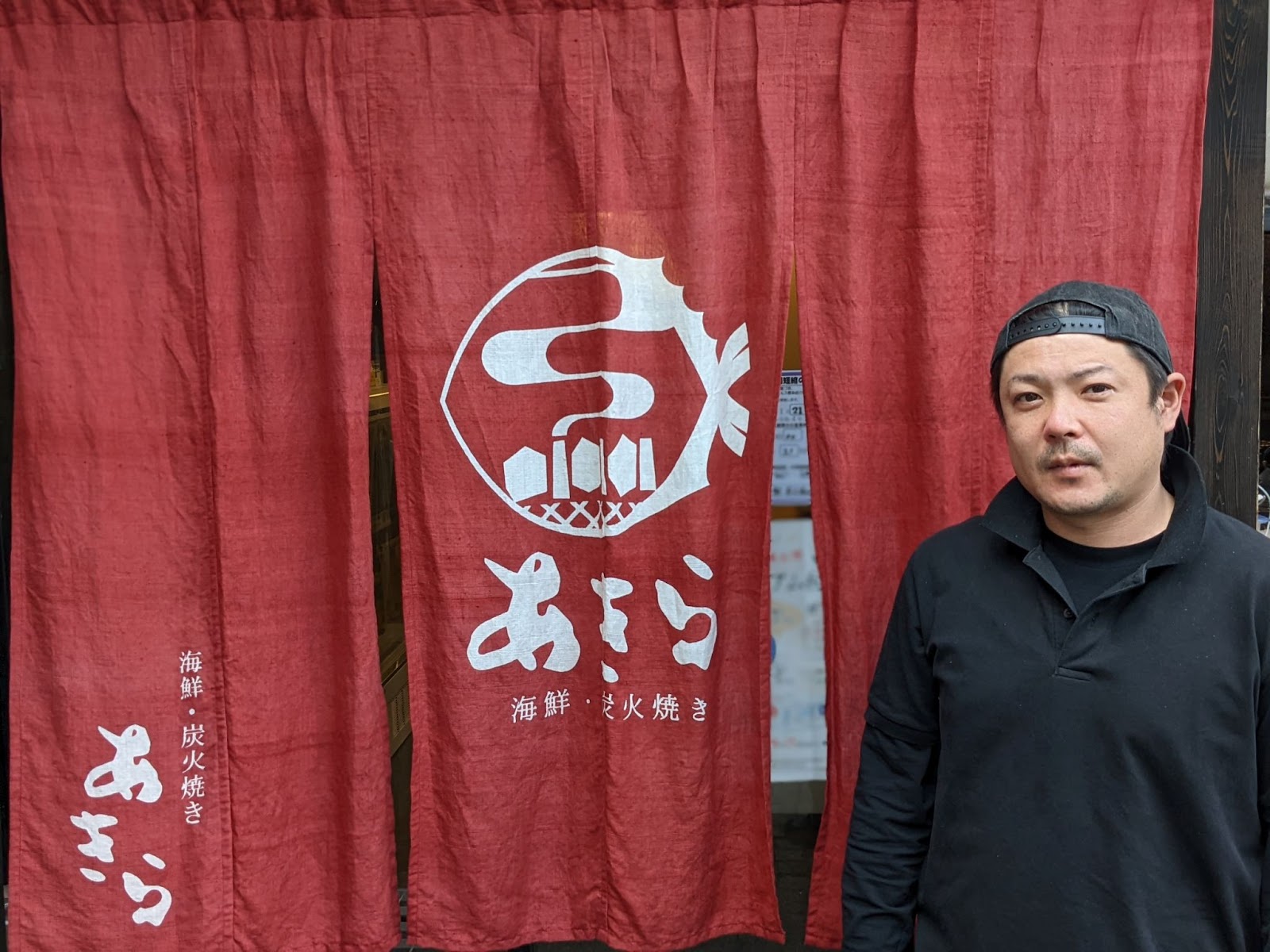 Narita is a city full of heart, with a strong connection to the restaurant industry and the desire to have everyone come to liven it up.

I myself am also aiming to create establishments that are even more satisfying for my customers, such as a restaurant where we cook the fish that customers have caught right there, on the spot.

If you come to Narita, please bring your fish and come visit us!