Here are some specialty restaurants in Narita that we recommend where you can enjoy authentic puffy okonomiyaki, unique takoyaki, and traditional yakisoba.

Takoyaki and okonomiyaki are well known dishes originating from the Kansai region that provide a quick and satisfying meal. They are also two of the most popular Japanese dishes among foreign visitors.

Here are some shops specializing in okonomiyaki, takoyaki, yakisoba, and other similar dishes where you can easily stop by to snack on something uniquely Japanese either on your way back from a trip or when you get hungry after sightseeing around Narita. 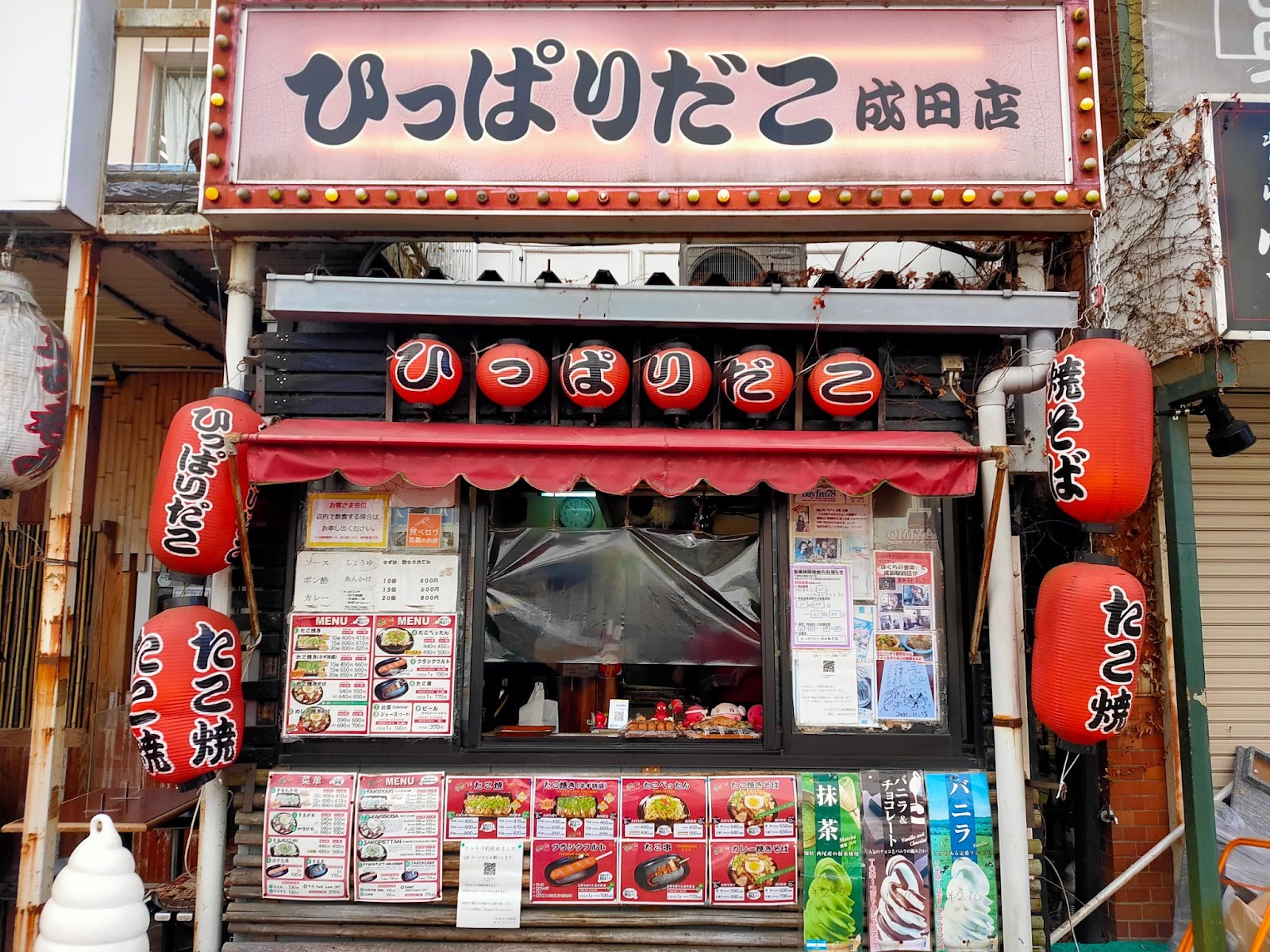 This chain of takoyaki restaurants has a branch just outside Keisei Narita Station.

At night, its neon lights and red lanterns shine invitingly, creating an atmosphere similar to that of an authentic yatai (traditional Japanese food stall).

It is also open during the day, of course, and has a constant flow of customers at all times.

I checked it out before noon on a weekday and there were two other customers there. 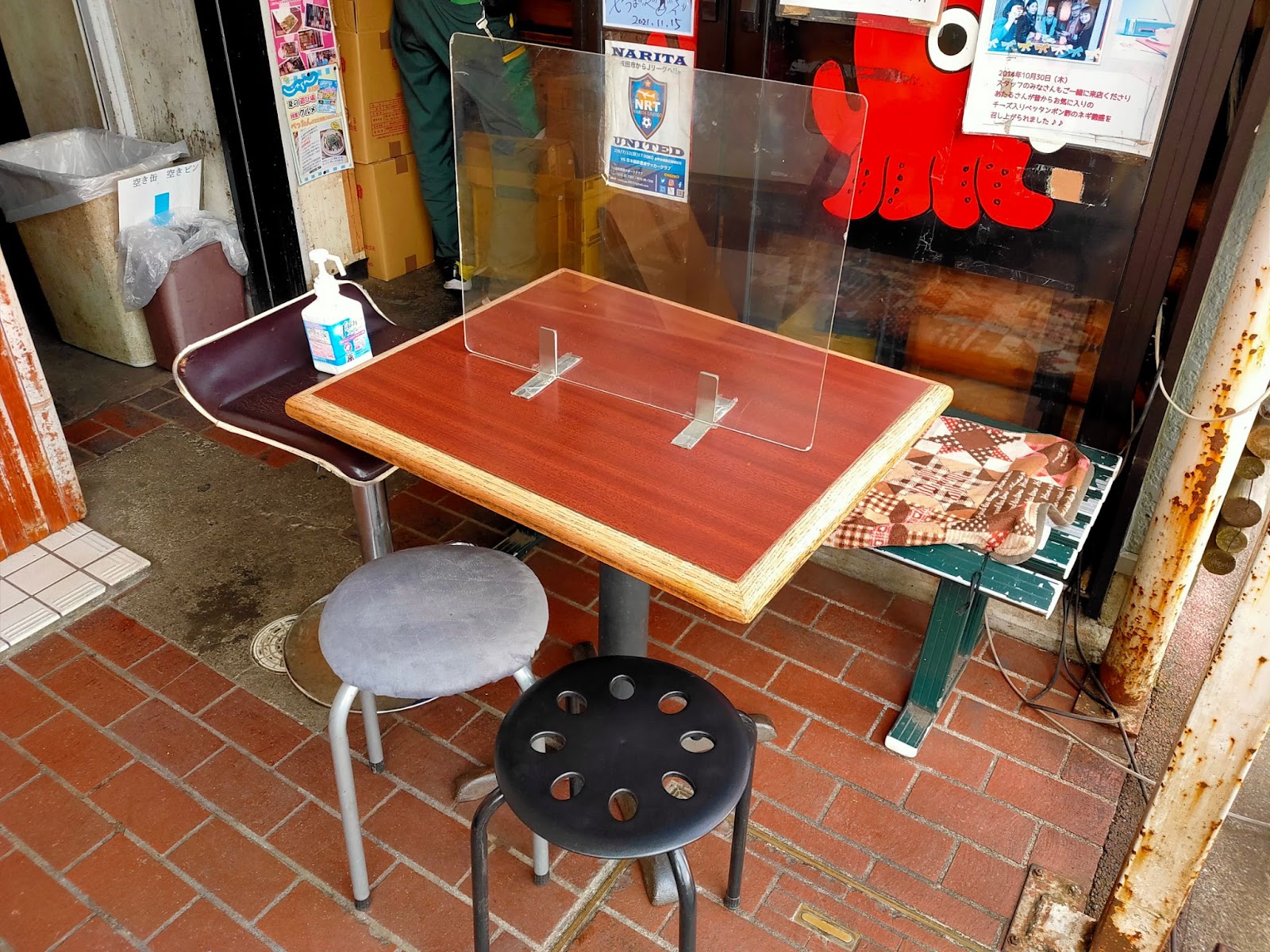 Essentially, Hippari Dako is a takeout place, but there are counter spots for eating standing up as well as some table seats near the entrance of the shop, so as long as your group is small in number, you can dine in here. 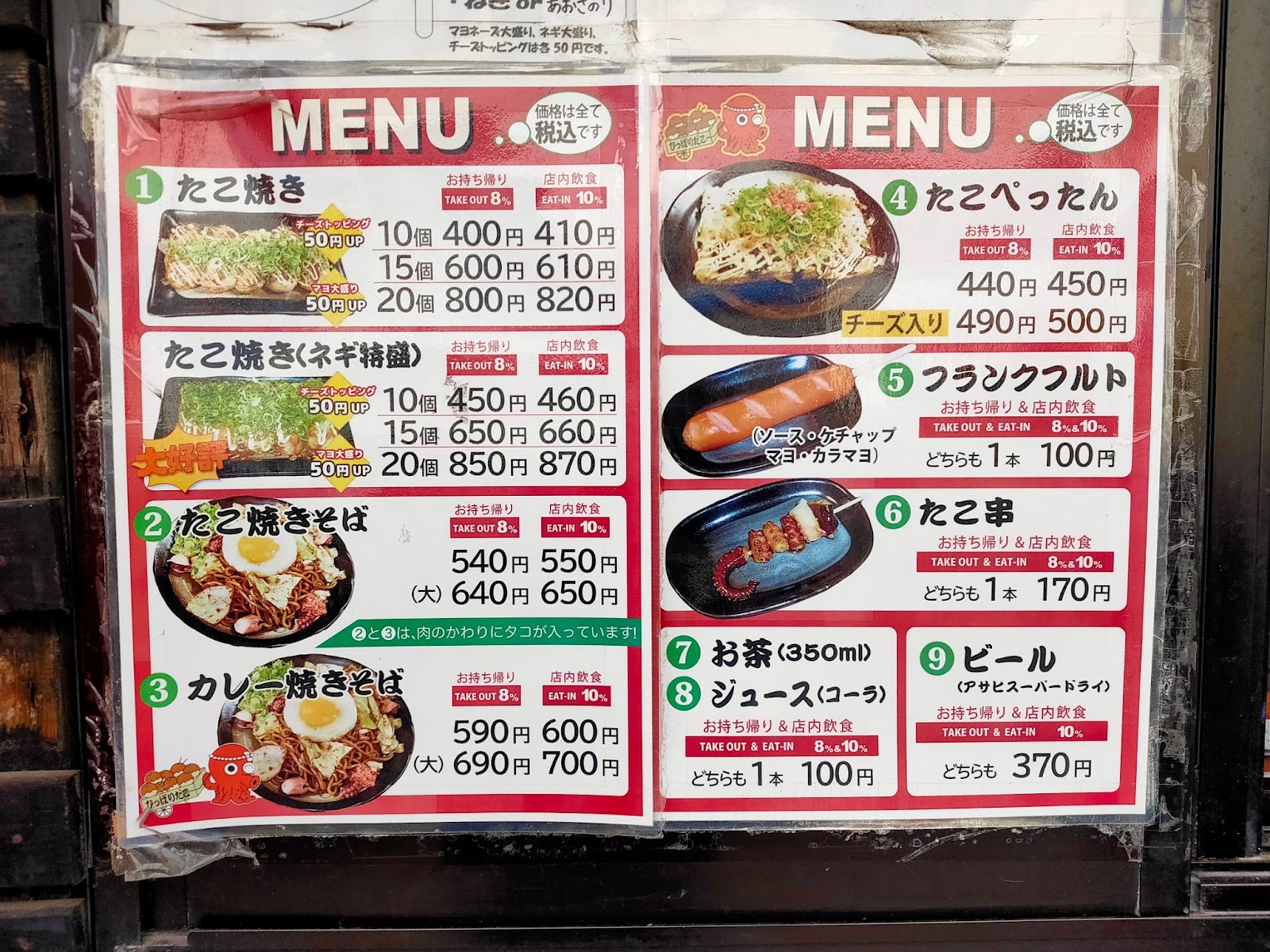 The menu is simple with light meals as the main stars of its lineup.

I ordered takoyaki, yakisoba, and tako pettan from the server in the store window that faces the street. 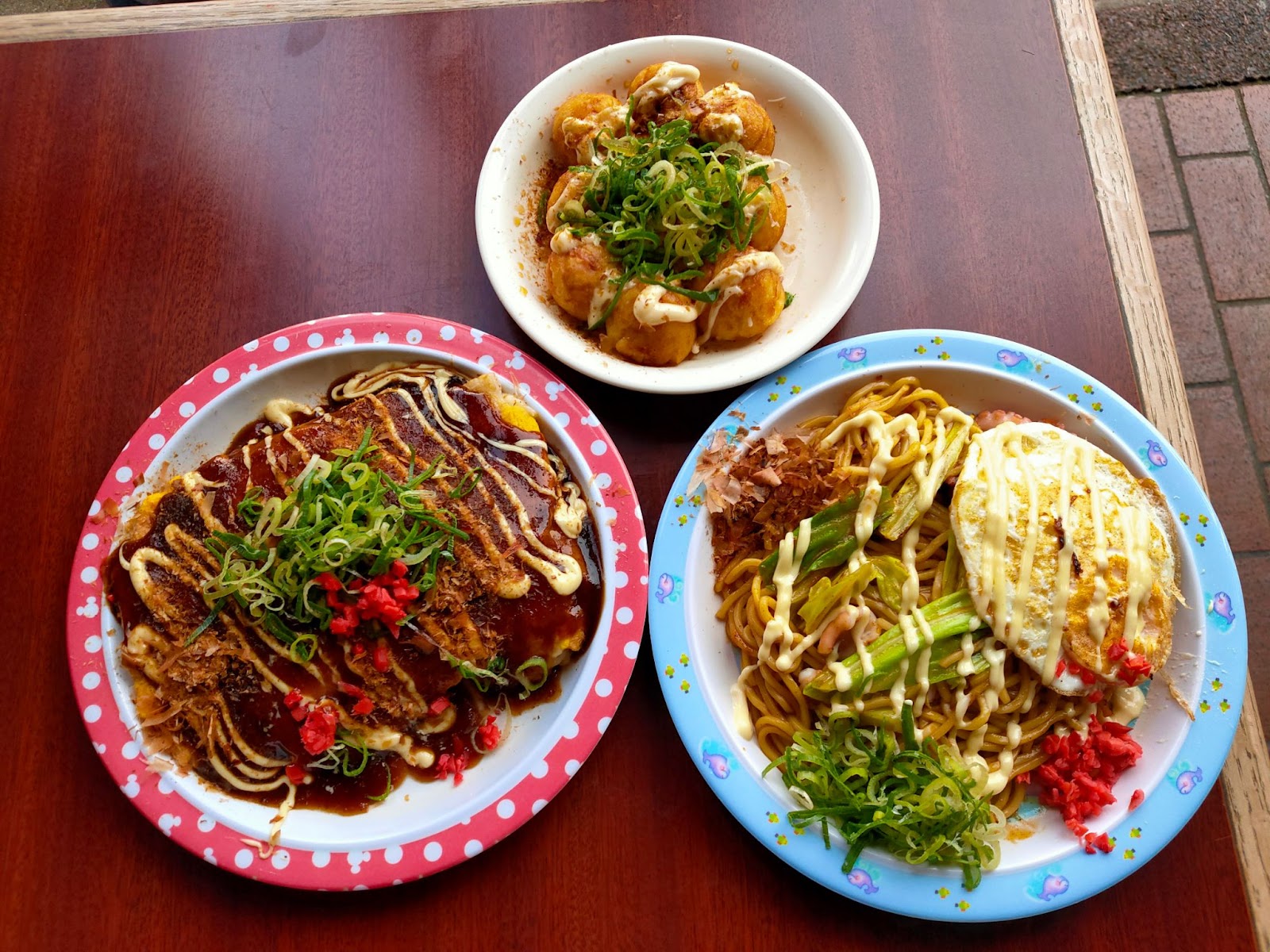 Due to the skilled and swift handiwork of the server, I only had to wait about 5 minutes after ordering before receiving my food.

The aroma of the sauce and tantalizing look of the food was very stimulating to the appetite even before I was able to eat it. 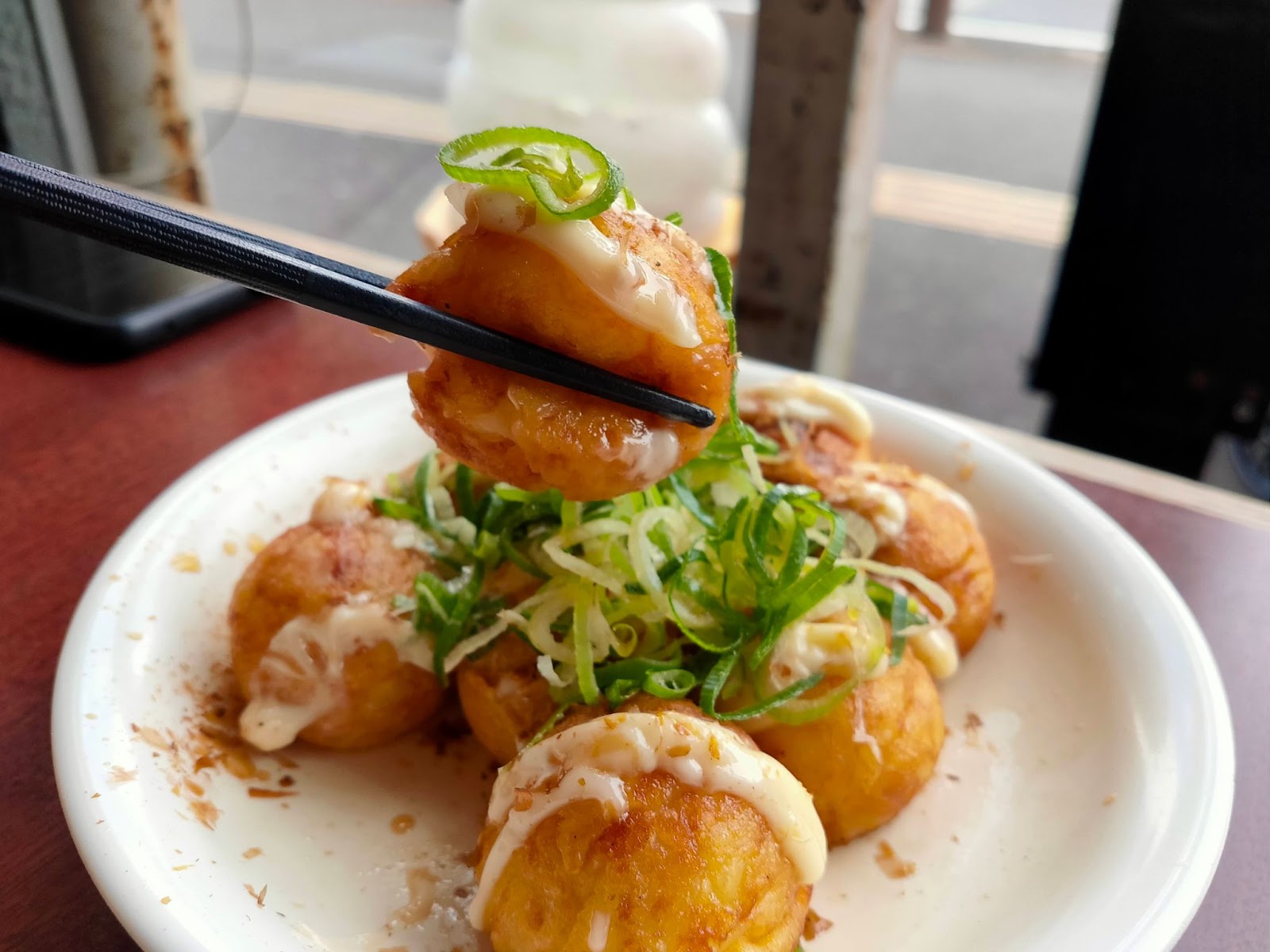 Customers can freely choose the seasonings and toppings they want on their takoyaki. This time, I chose ponzu sauce.

With puffy Osaka-style takoyaki, the seasoning is lighter than it looks, so my chopsticks made quick work of those. 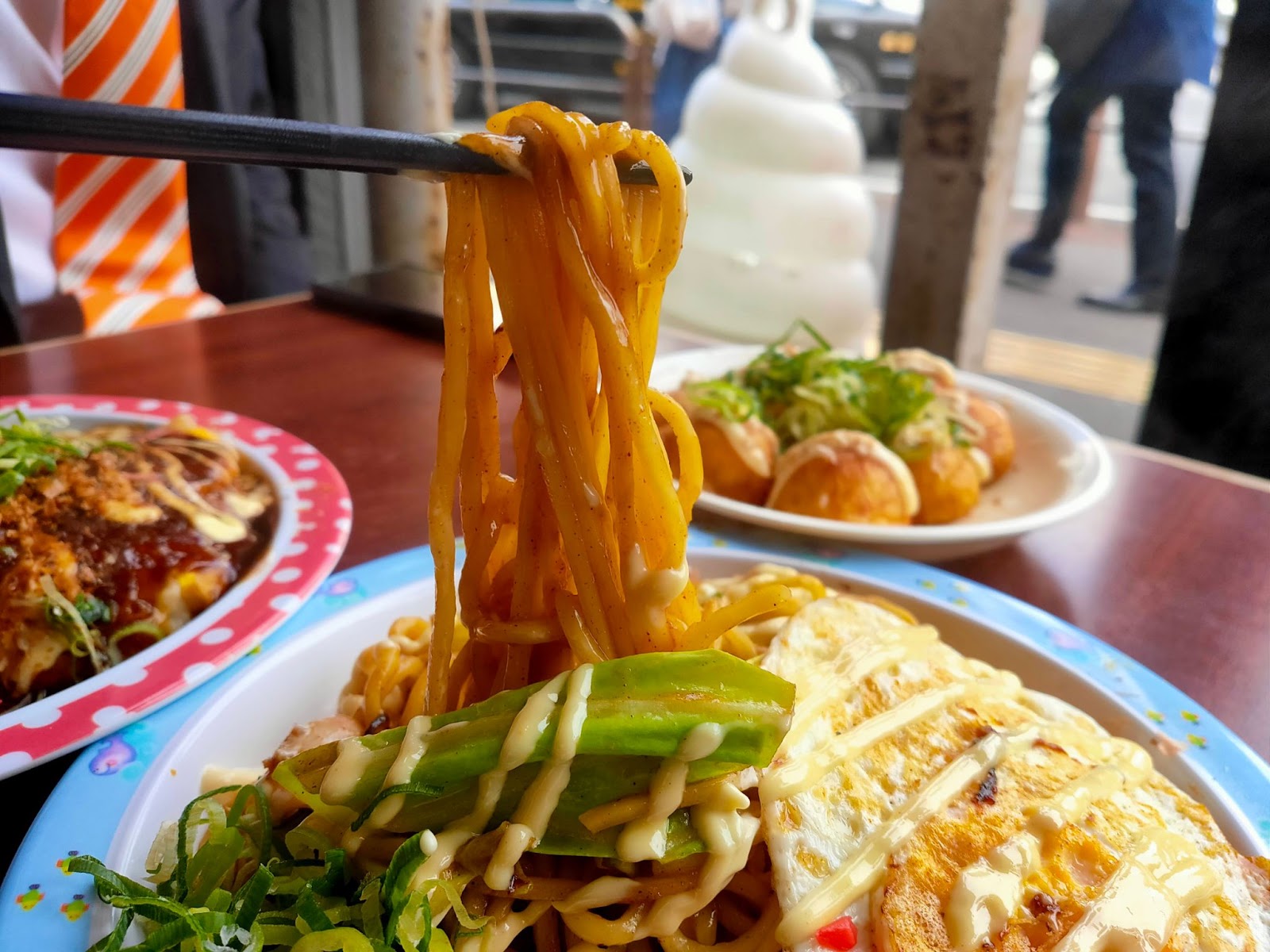 The yakisoba was curry flavored and included Japanese mustard (karashi) mayonnaise. This dish was reminiscent of Japanese festivals and their accompanying food stalls. 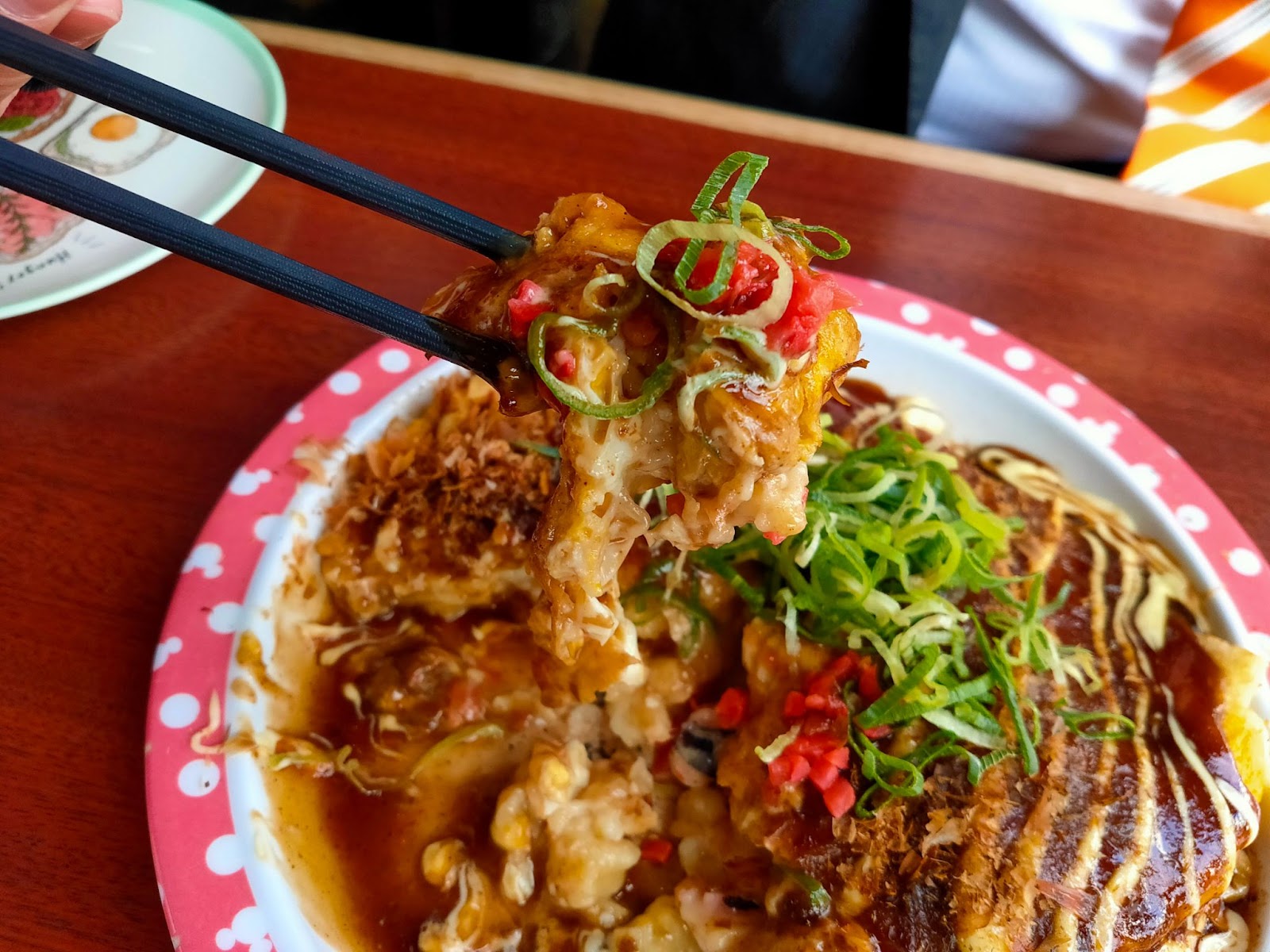 It was my first time eating pettanyaki, and I found that it has a softer and gentler texture than okonomiyaki that I found really satisfying. I could definitely eat a lot of this dish without noticing how much I had eaten.

Its seasoning was exquisite and the fluffiness of the batter is pretty addictive. 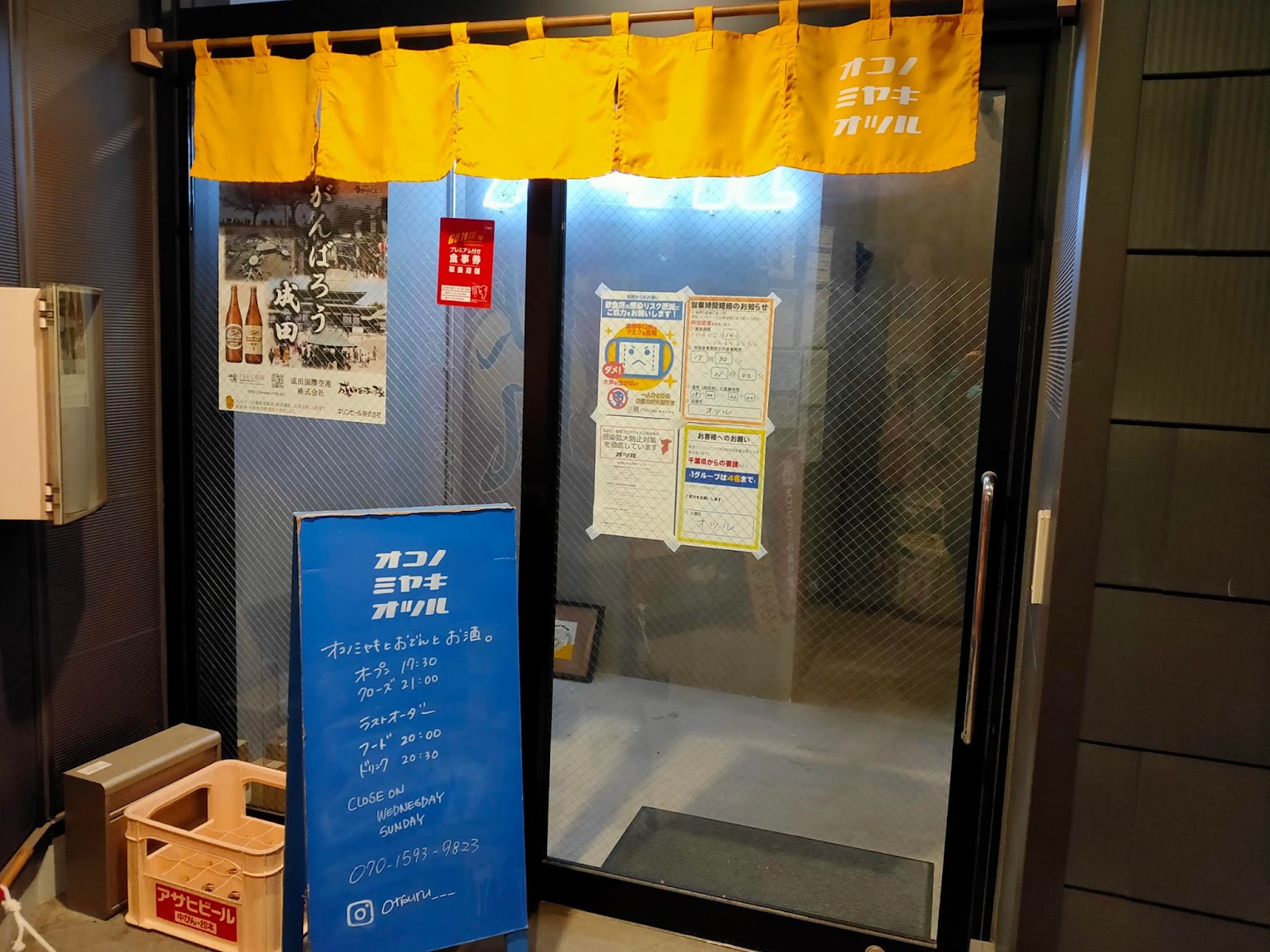 Located on the second floor of a building along the route from Narita Station to Naritasan Shinshoji Temple, this restaurant is a fairly new one that opened a few years ago. 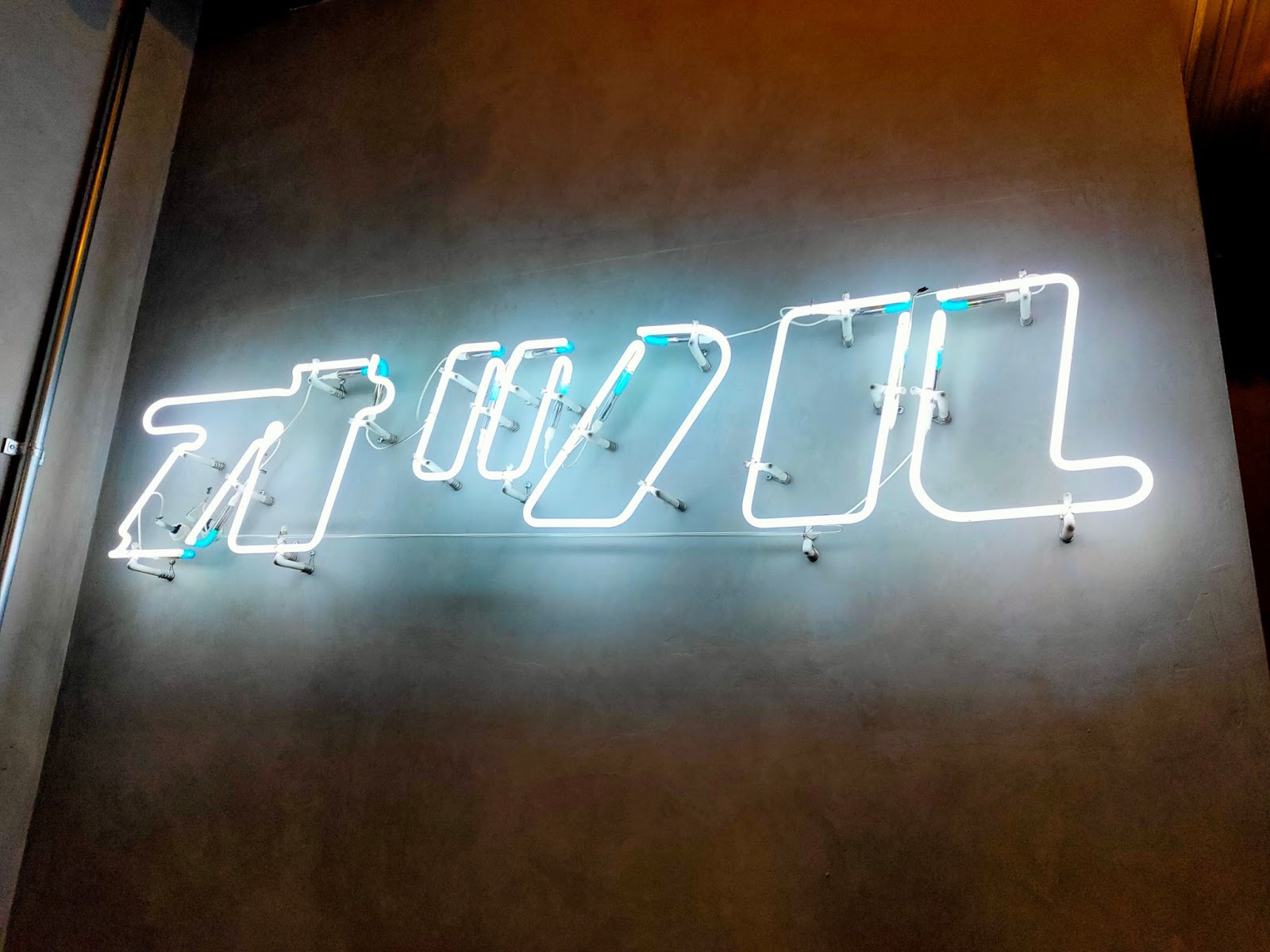 At the entrance, as you come inside, the restaurant's name shines in neon lights, creating a cozy and fashionable ambience. 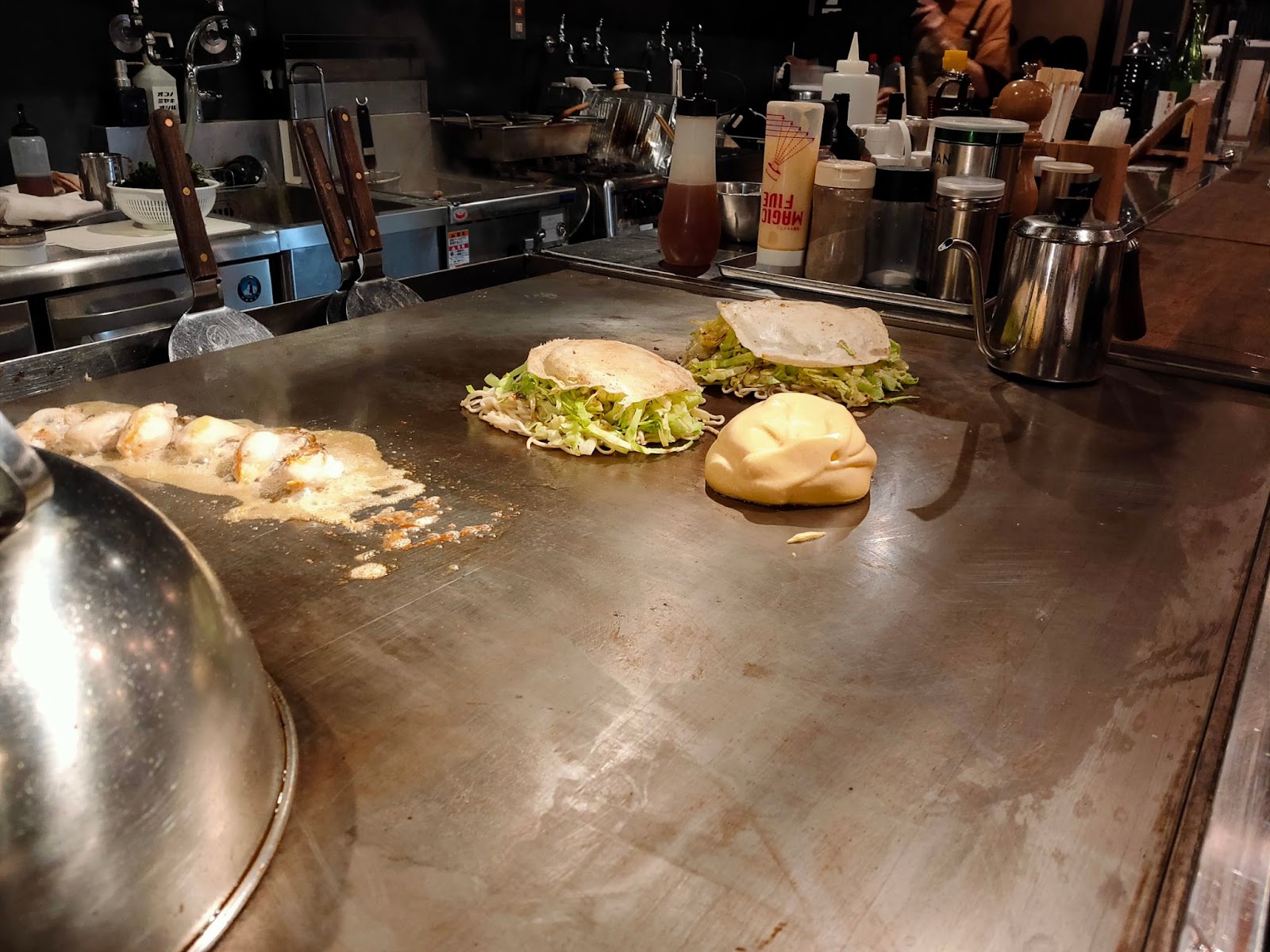 The seats inside are mostly at the counter, but there are table seats toward the back.

There is a big iron plate where you can see how everything is cooked right in front of the counter seats. 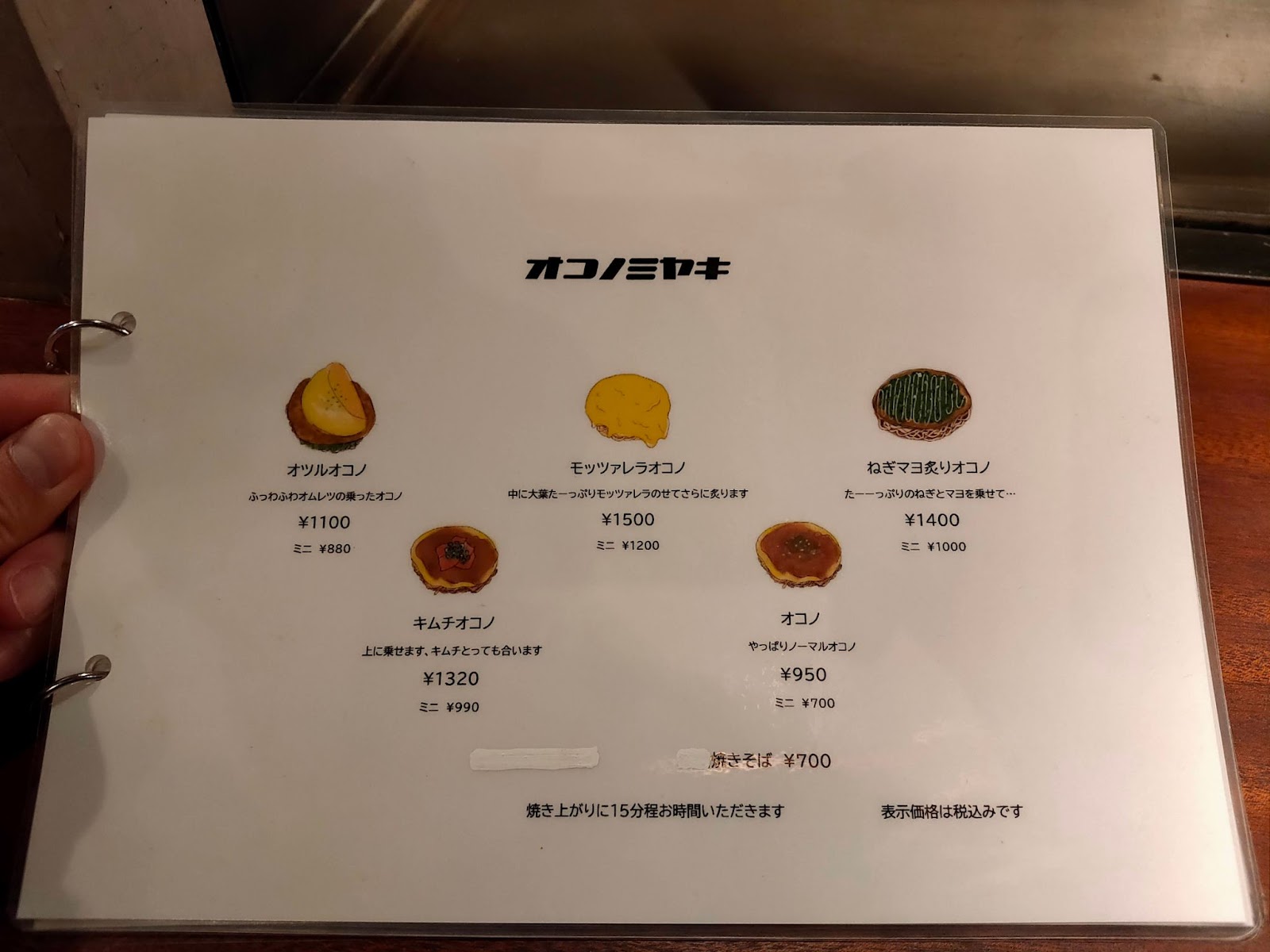 In addition to its offerings of unusual okonomiyaki, the restaurant's menu also includes kushimono (skewers), omelet rolls, umesuisho, and other items, which are grilled on the big iron plate. 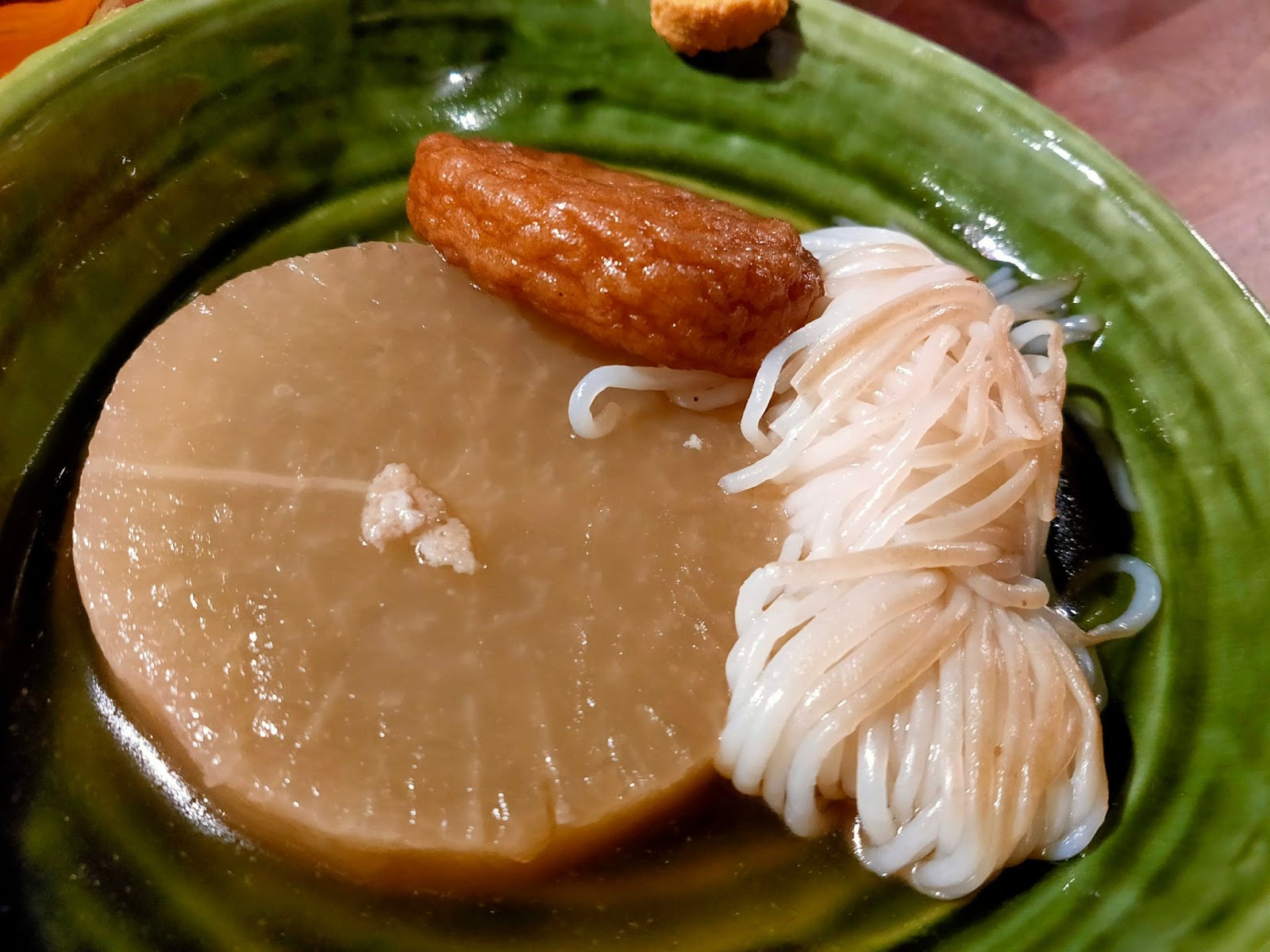 While you are waiting for your okonomiyaki to cook on the iron plate in front of you, sampling the restaurant's oden is highly recommended.

The umami of the mild soup stock used fills up the various oden ingredients with delicious flavor. 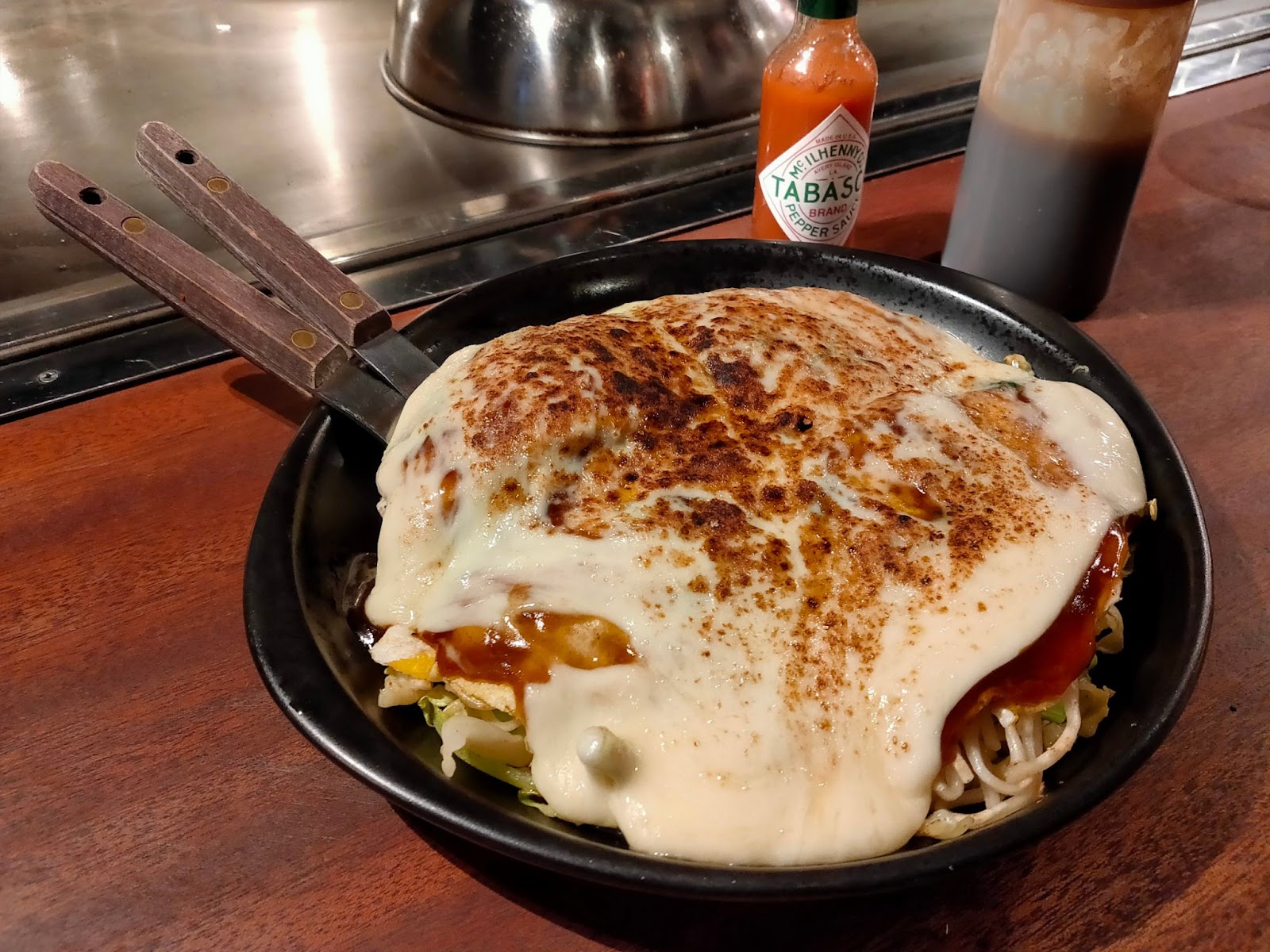 The okonomiyaki I ordered when I visited the restaurant was "mozzarella okono," a unique type of okonomiyaki including mozzarella cheese and roasted on a burner. 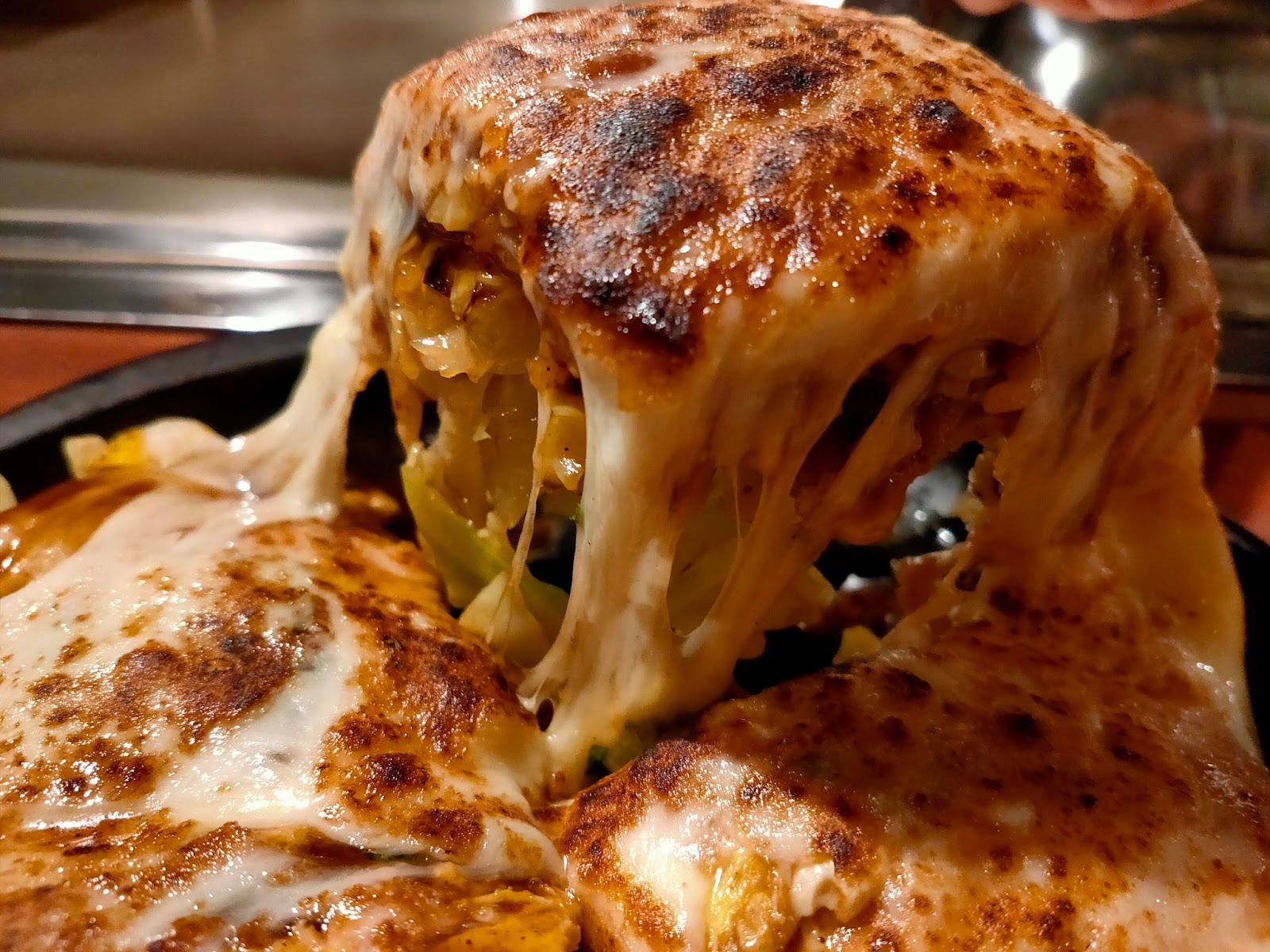 There is plenty of mozzarella cheese, which goes well with Tabasco sauce if you are so inclined.

Noodles are also incorporated into this dish as with Hiroshima-style okonomiyaki. 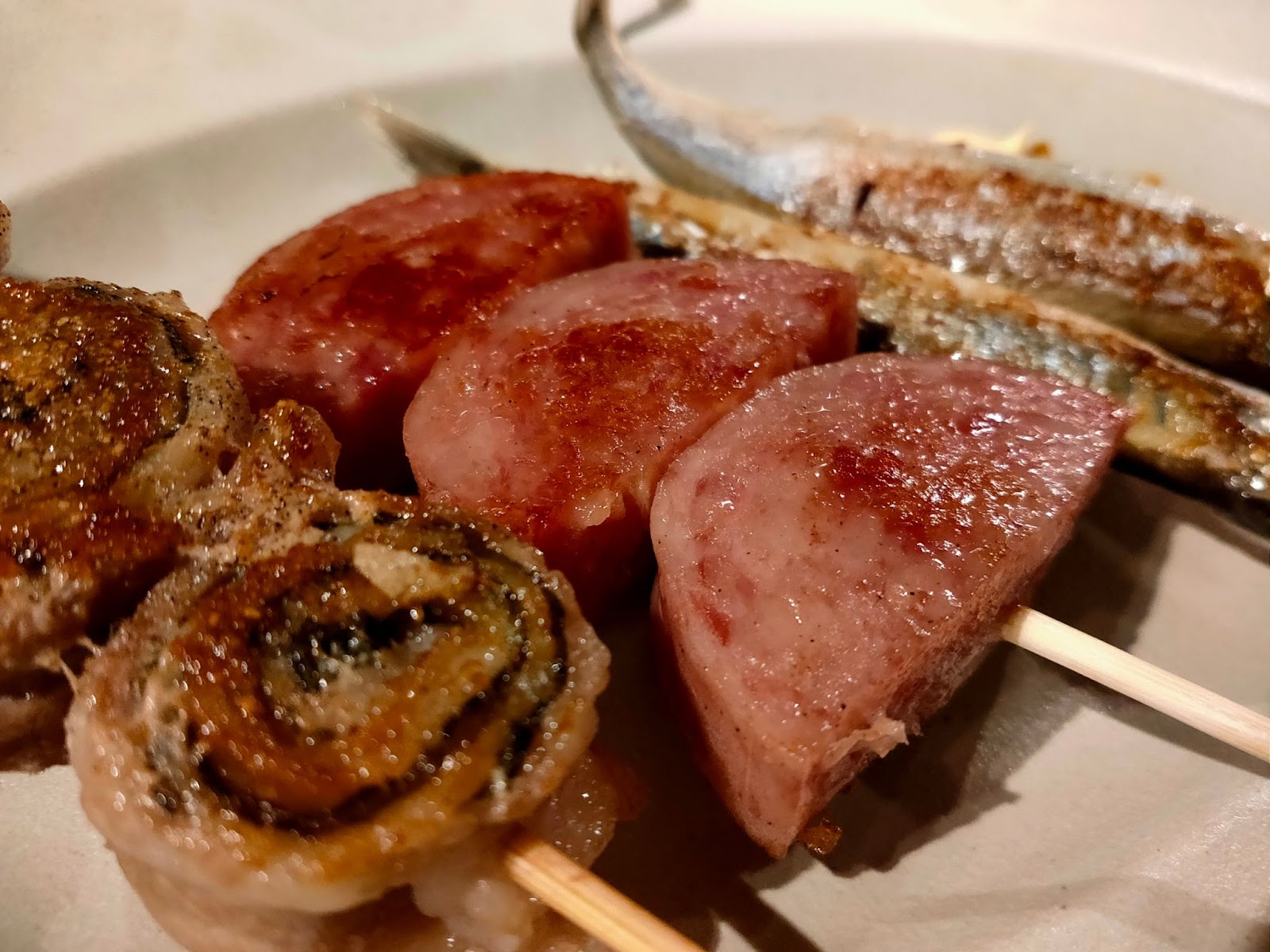 The okonomiyaki is delicious, as is everything else on the menu, and the staff is kind. It isn't hard to see why this restaurant is always full. 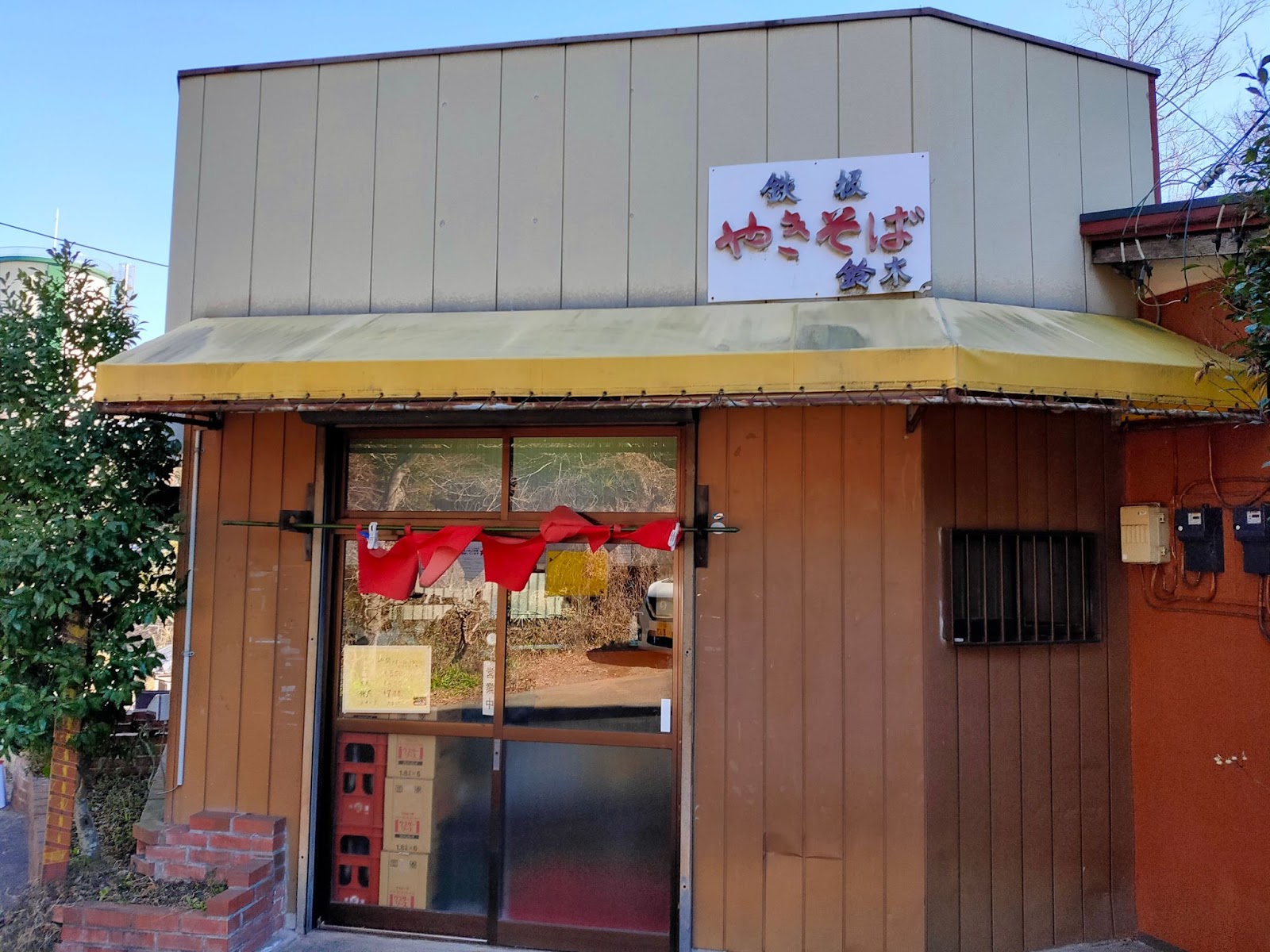 My last recommendation is a yakisoba restaurant that has been a particular favorite of locals here for a long time.

Located a little off the main route to Naritasan Shinshoji Temple, it is famous for providing the "soul food" of Narita.

The road that the restaurant is located on is slightly hard to get to, but there are no buildings around it, only forests and the road, so once you are nearby, you'll find it easily. 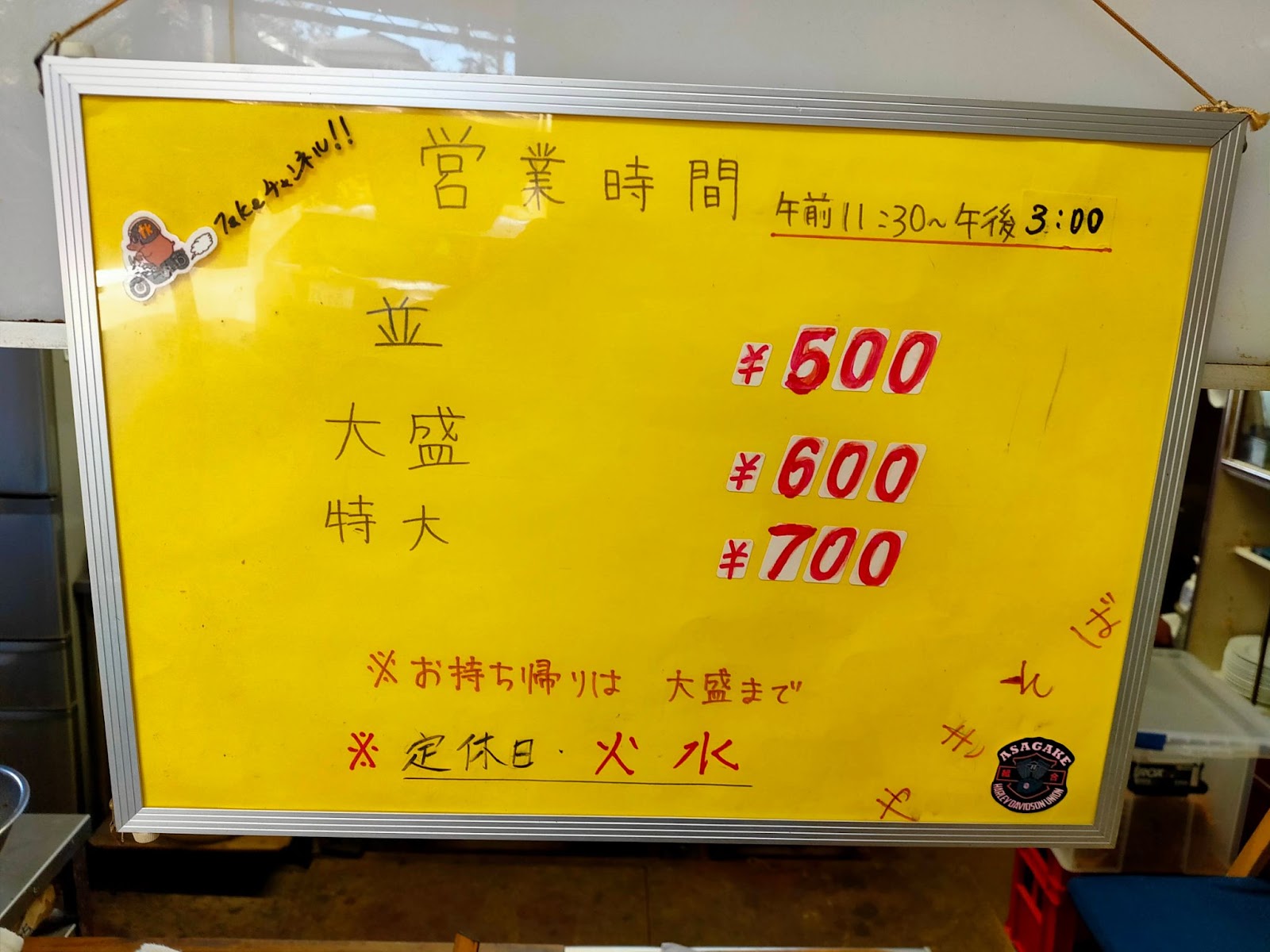 The menu is simple. Very simple. Yakisoba and nothing else. 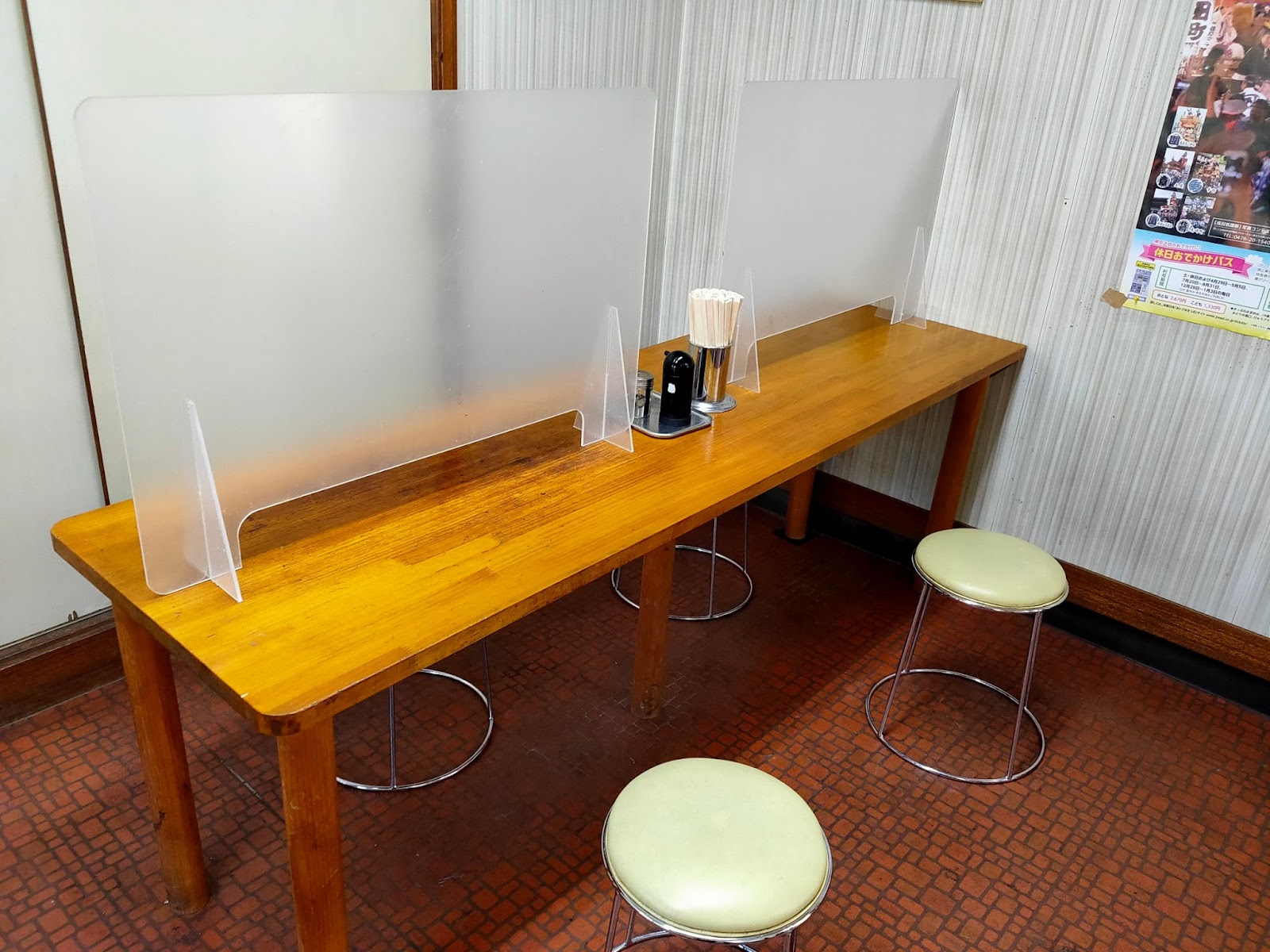 Inside, there are counter seats and table seats, so just order the quantity that you want at the counter.

I was very hungry, so I ordered the tokumori (extra large) portion and then sat down at a table. The owner brought me my yakisoba in less than two minutes. 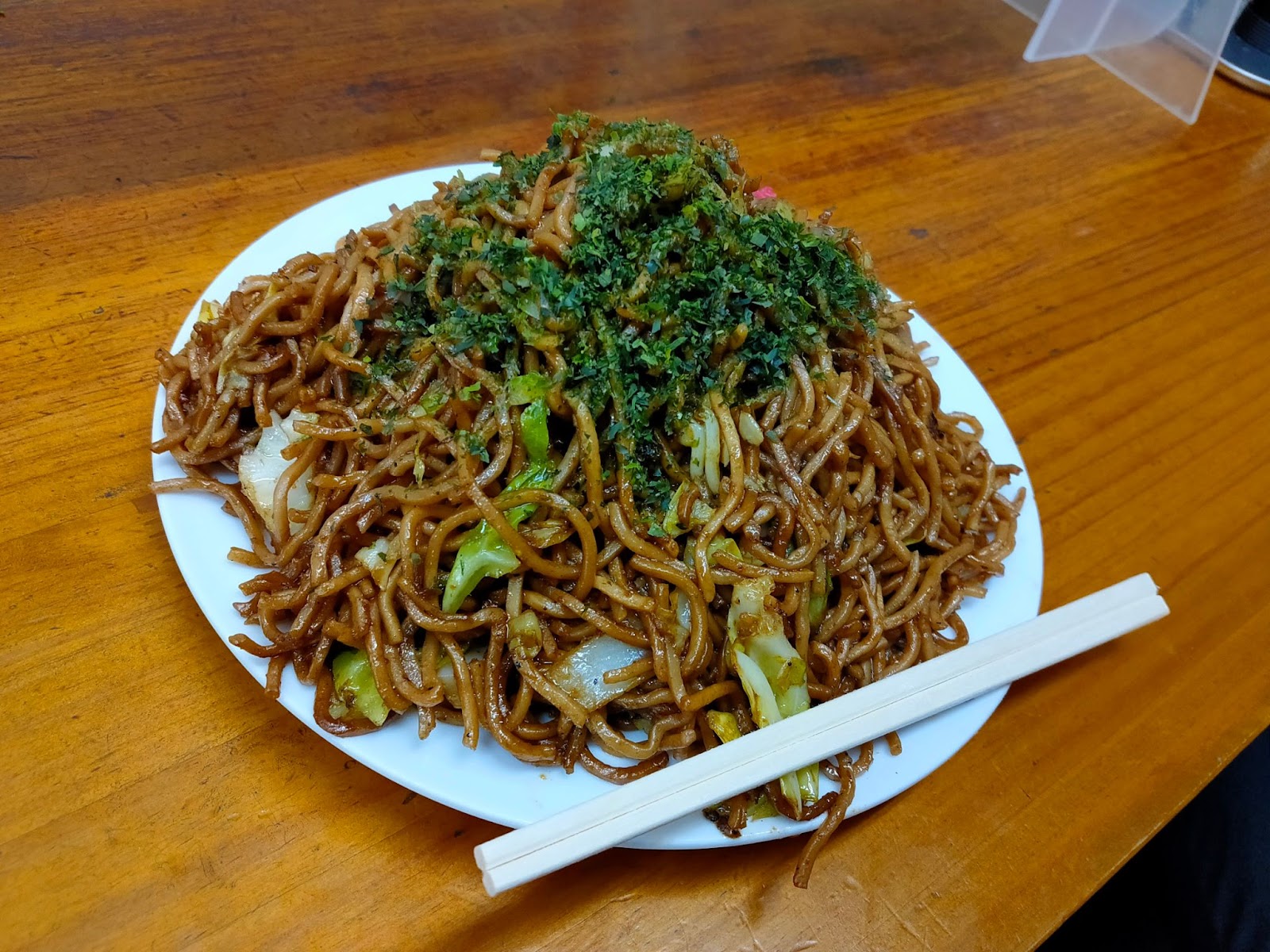 The amount made me unsure whether I could actually finish my meal. 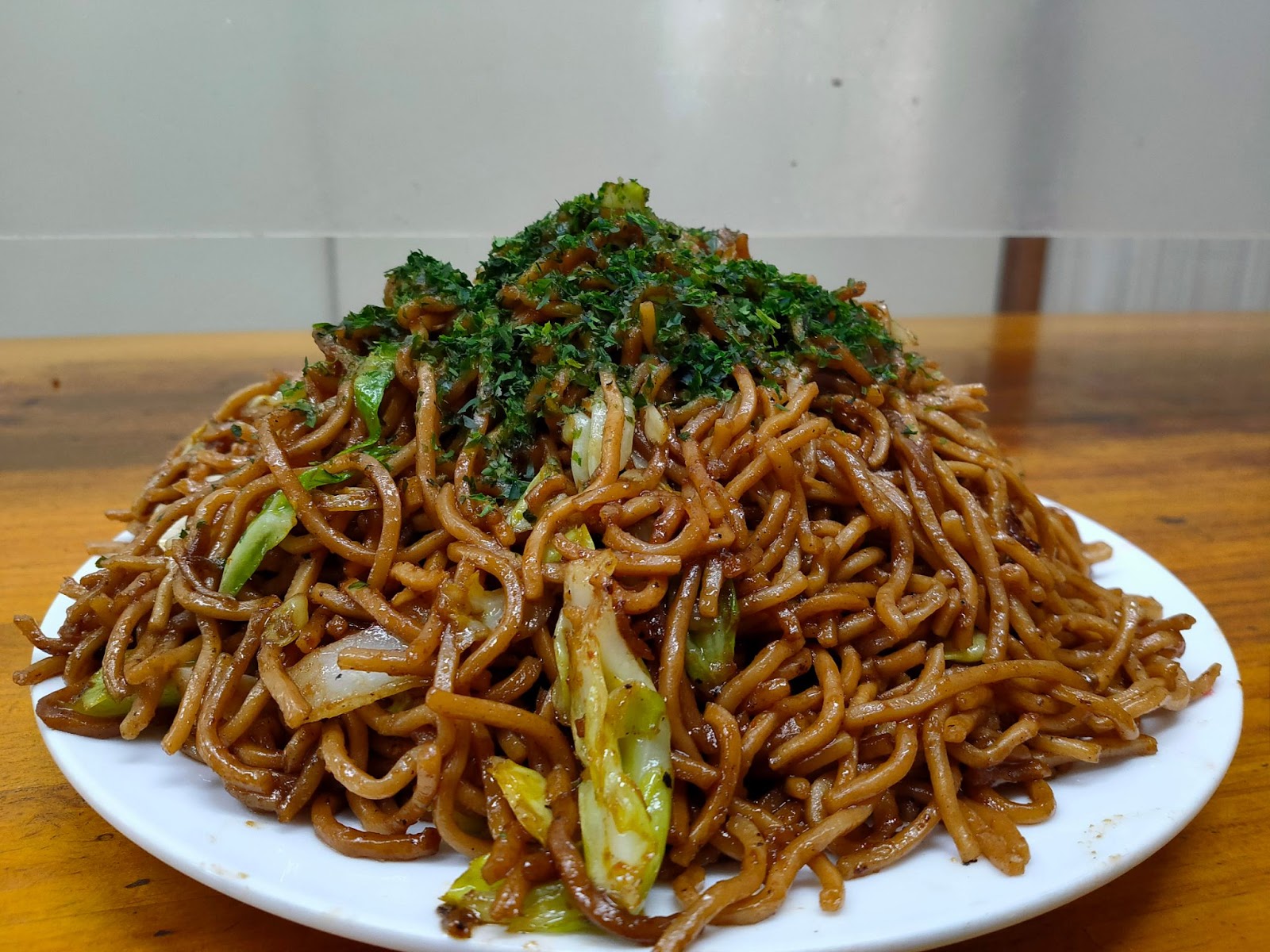 Rising up from my plate was a mountain of yakisoba topped with aonori and pickled ginger. 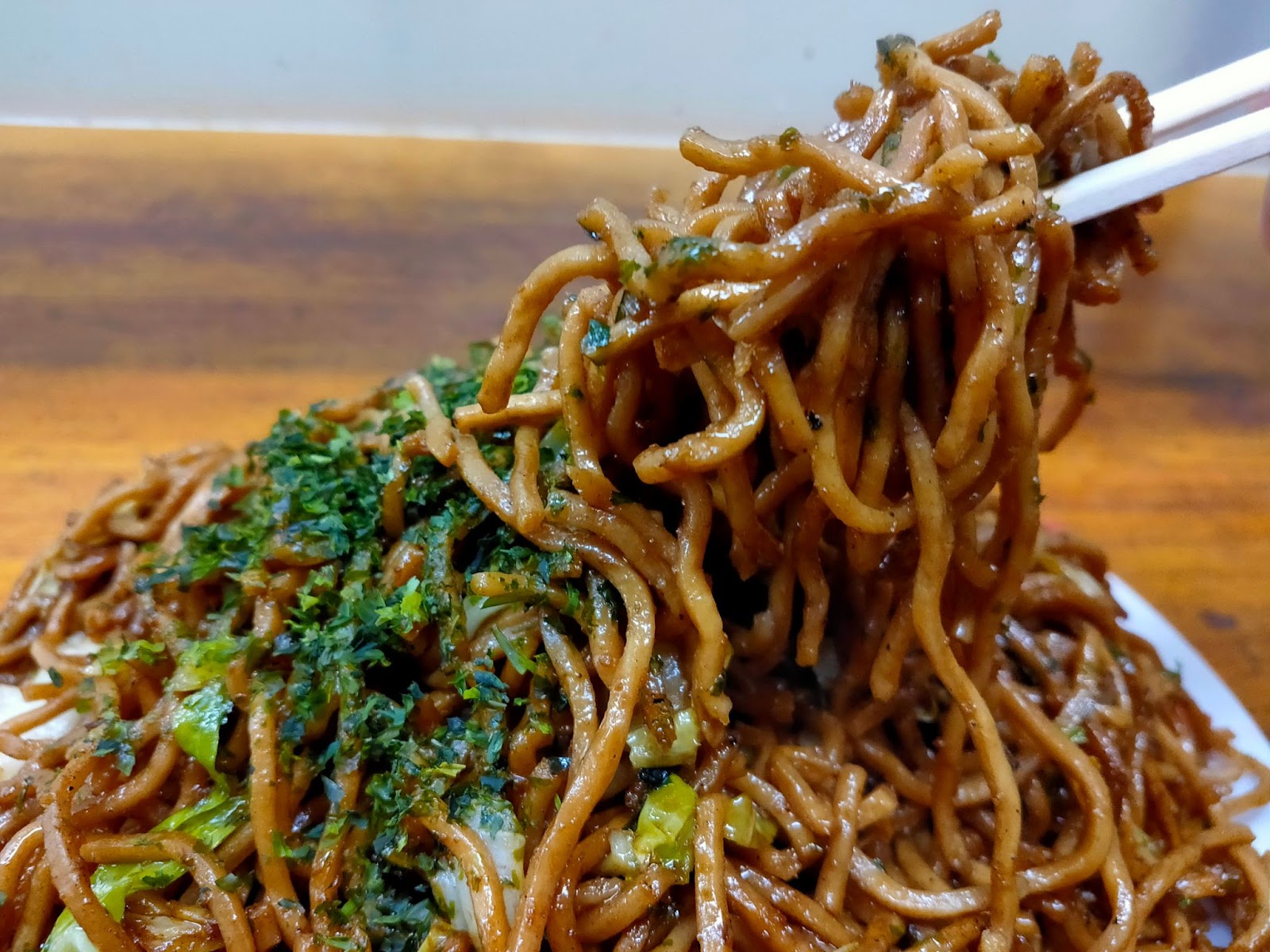 The only other ingredient is cabbage.

From its the appearance and color of the sauce, I got the impression that the taste would be quite strong, but it was surprisingly quite mild.

For that reason, each table is equipped with various sauces and shichimi (blend of seasonings), so that those who prefer more potent flavors can add them. 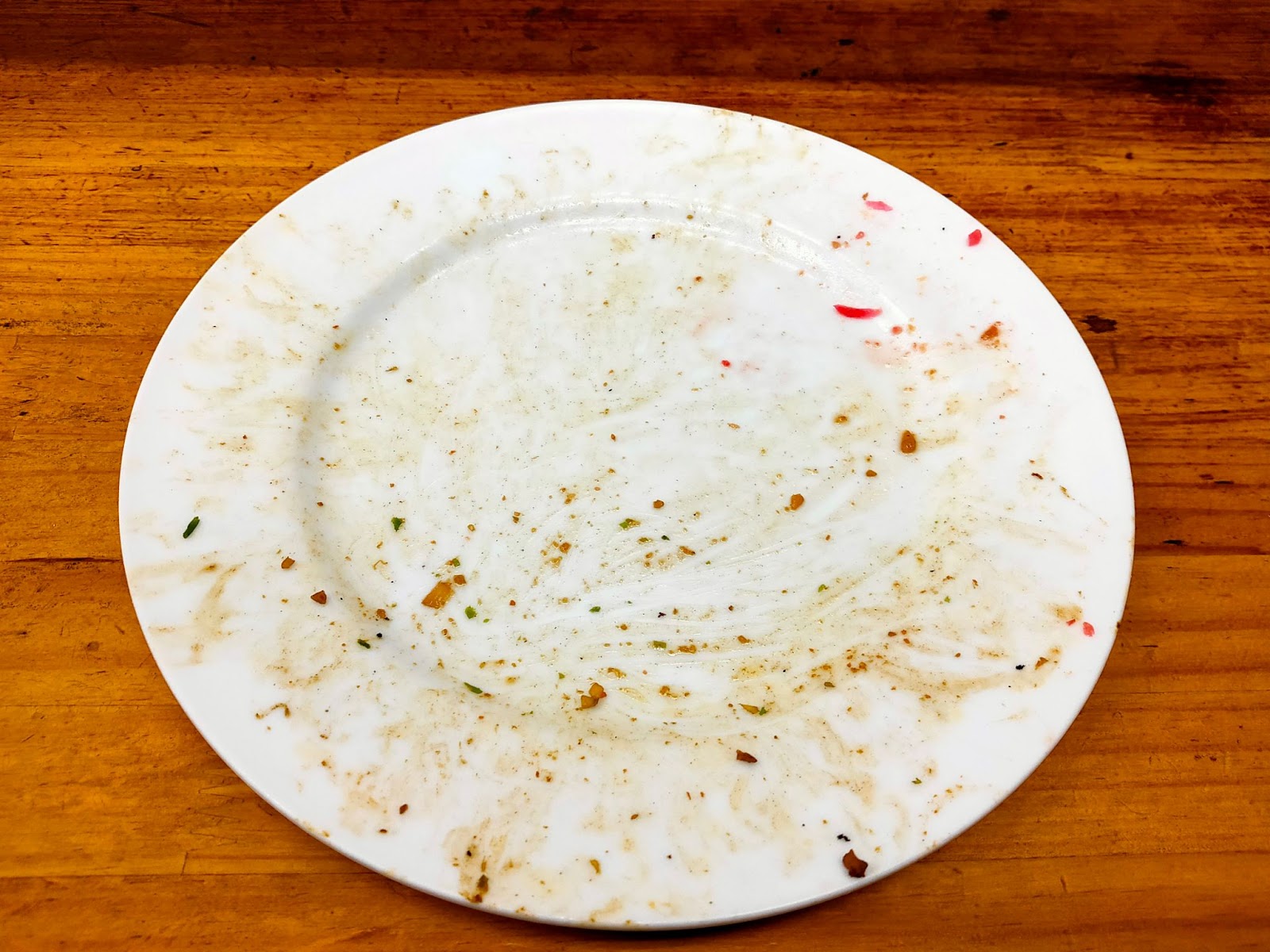 I did manage to finish the whole thing somehow.

Glancing around at the regular (namimori) size servings that other customers ordered, they were pretty big, so if you have a normal appetite, the regular size should easily be enough to fill you up.

I visited the restaurant at noon on a weekday, but there was a pretty steady stream of customers, so I could tell how popular it was.

Definitely check out the restaurants serving okonomiyaki, takoyaki, yakisoba, and other similar meals in Narita.

Here, we have introduced three restaurants where you can go to enjoy these dishes.

All three can be reached on foot from Narita Station, so it is easy to stop by for a quick bite.

All three restaurants offer takeout meal options, and are perfect for both full meals and light snacks. If you're interested, definitely go check them out.