If You Go to Narita, Try the Sake and Beer! Special Feature on Narita's Local Sake

There are breweries in Narita that have been around for many years and the alcohol that they produce is popular not only among the locals, but also tourists and foreigners who visit the shrine in Naritasan.

There are also new local beers that have been created recently using local ingredients.

Below we will introduce the local sake of Narita.

These are no only famous for their Japanese sake, but also for "Narita Airport Ale", which is a new local beer created in 2022 and known for its good taste. 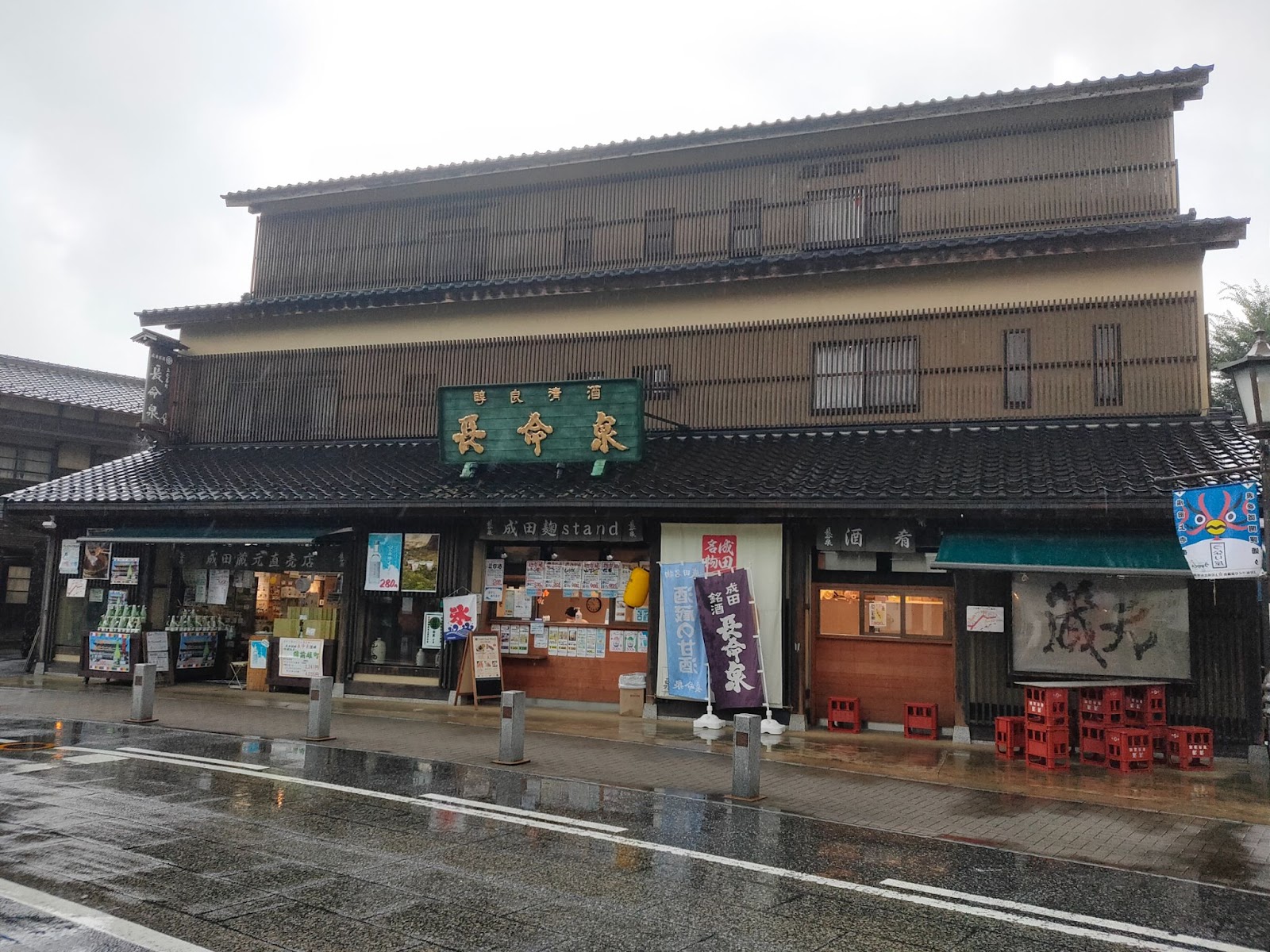 Seven minutes walk from Narita Station as you're walking on the approach to the shrine, you will catch sight of a large dealer with a tiled roof. This is Takizawa Honten Co., Ltd that works on the famous Japanese sake brand, Chomeisen.

The store appearance gives off a sophisticated image with its wooden exterior and you can feel the pride they have in their long history and sake brewing.

"Chomeisen", written on the sign on the roof, is a brand representative of the area.

Takizawa Honten's roots date back to the late Edo Period. The first generation owner is said to have had a dream about Acala when he visited the shrine in Naritasan, which encouraged him to begin sake brewing. 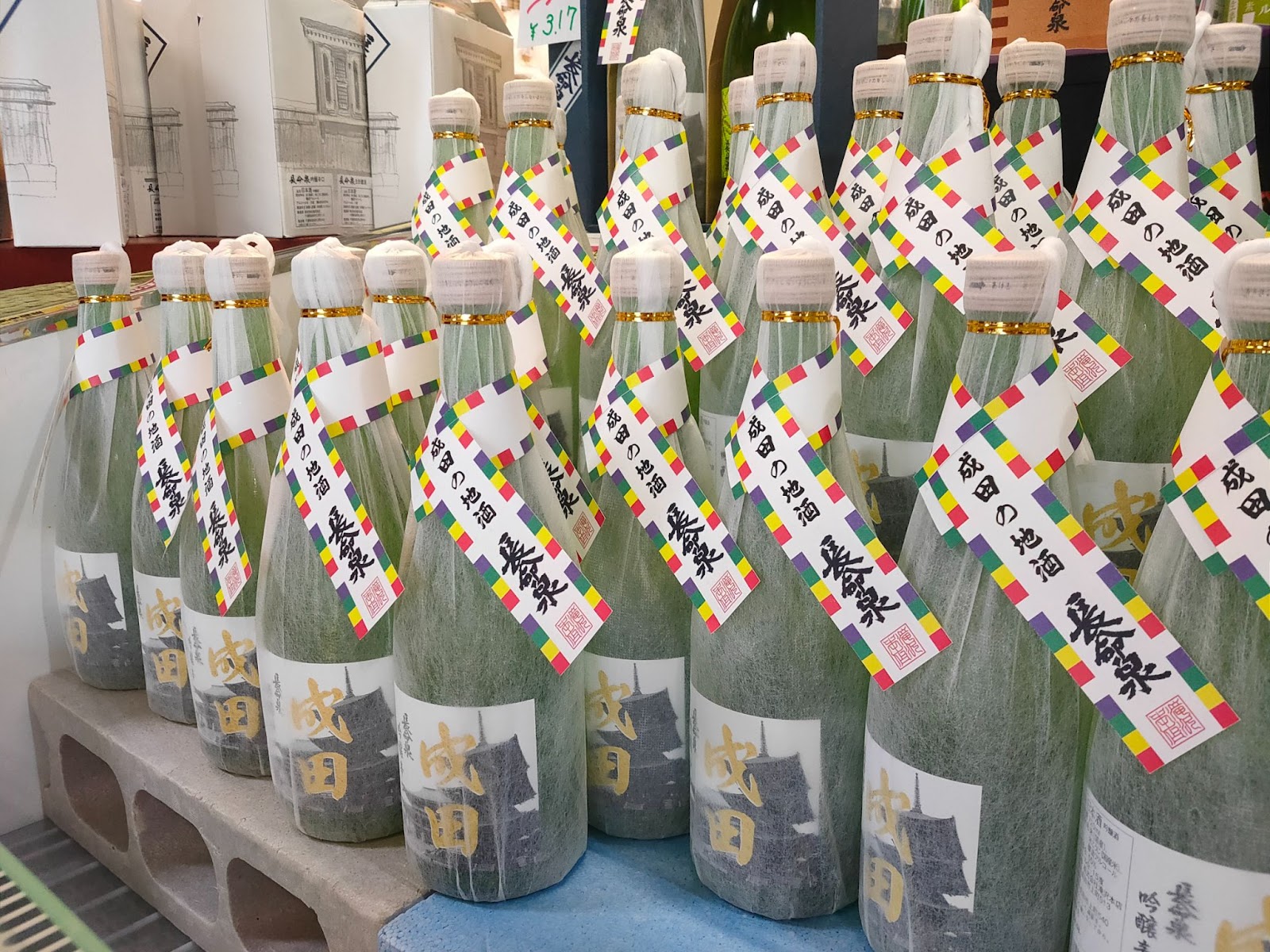 The name Chomeisen (lit. long life spring) comes from the reputation that formed about the well water that was used in the sake brewery giving people a long life if they drank it. Nowadays, there are many kinds of Japanese sake produced under this same brand name. 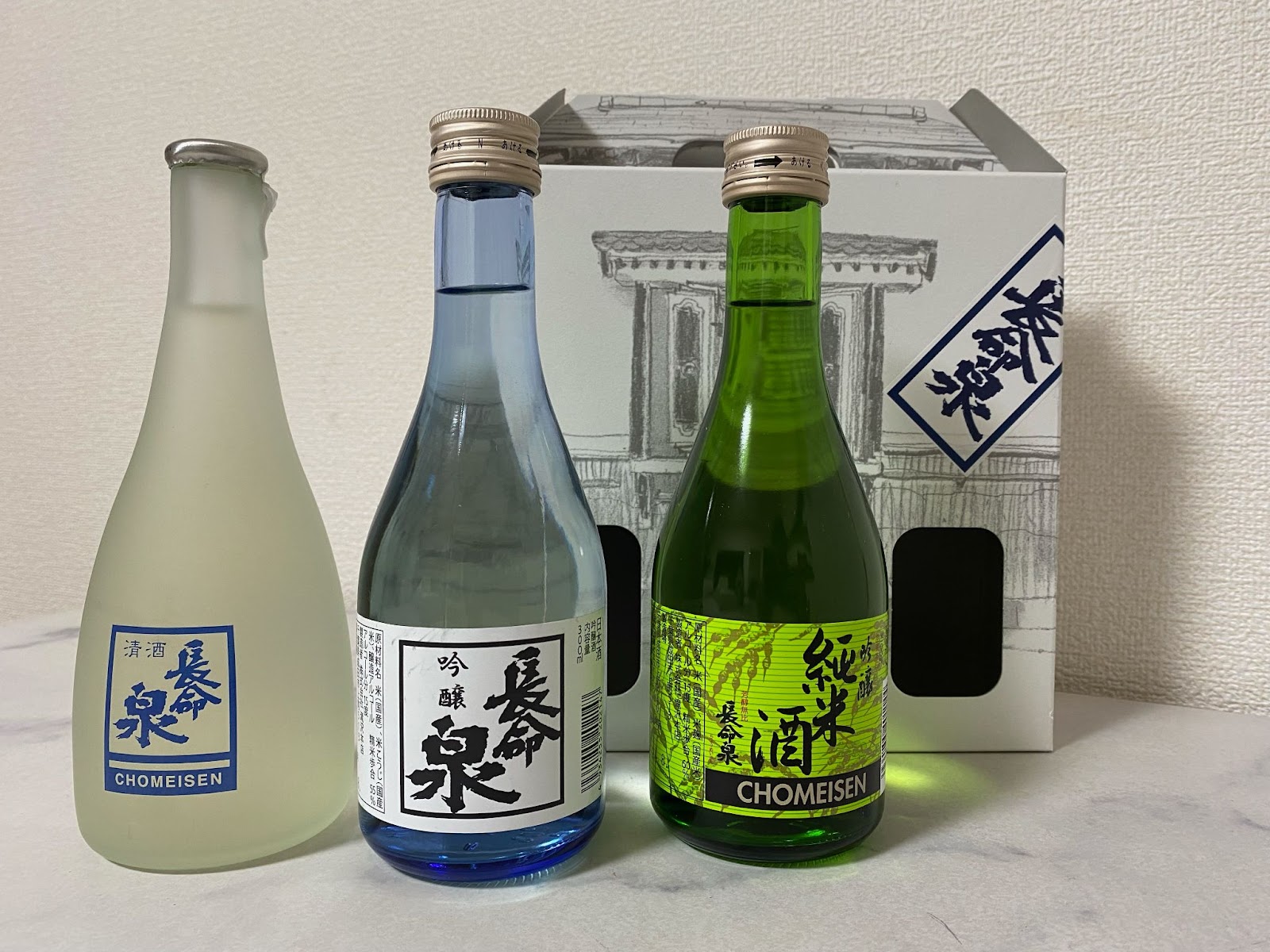 This set of three mini bottles is popular as a souvenir.

Each one is refreshing, easy to drink, and delicious, meaning its easy to go from one to the next. 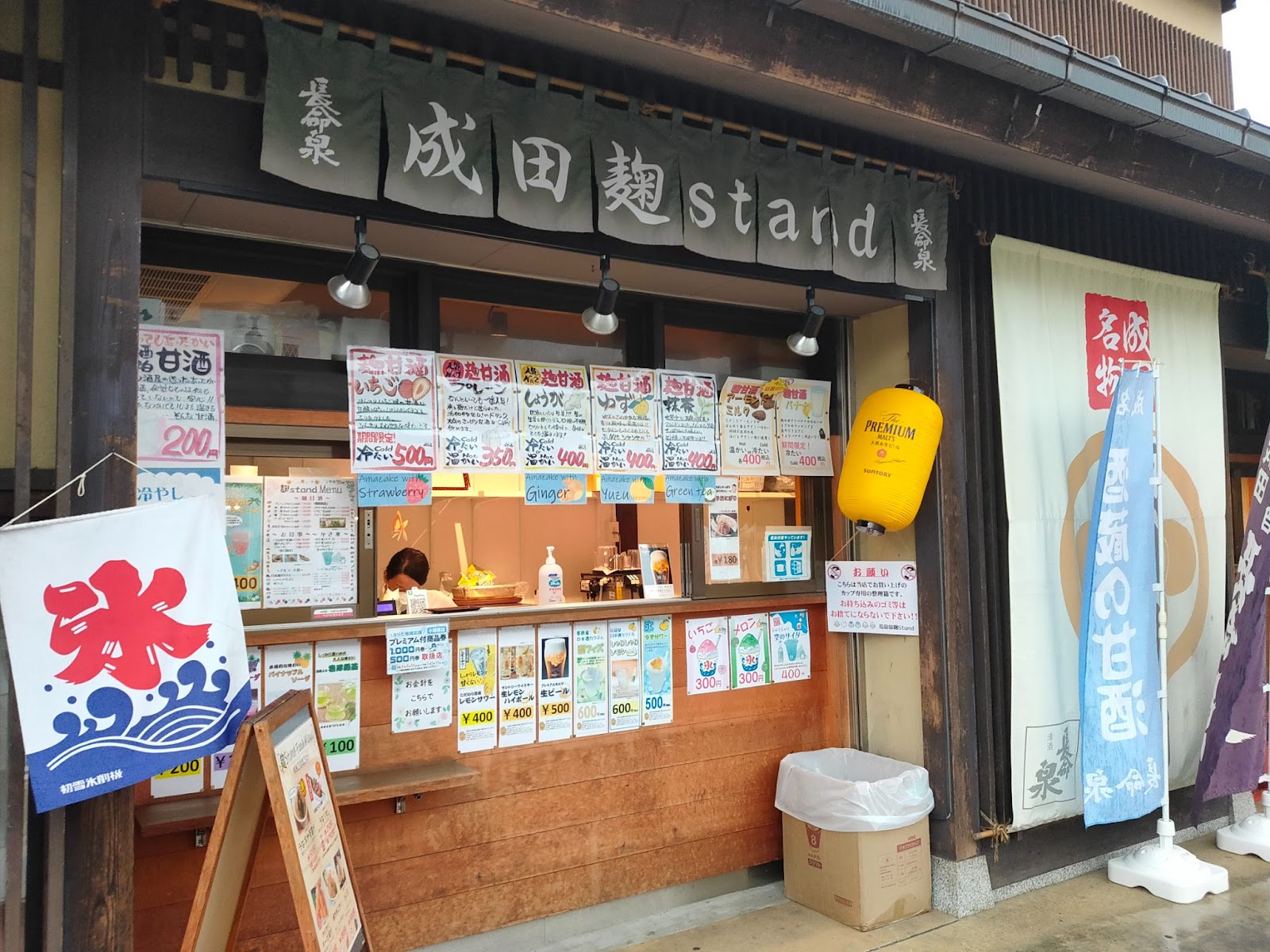 In the store, you can not only pick up alcohol, but also snacks. Next door you will find the "Narita Koji Stand" (Narita rice malt stand), with amazake and shaved ice also on sale, perfect for eating and drinking on the go.

You can also buy them via mail order.

Sold directly from the brewery: "Chomeisen"

"Fudo" and "Jinyu" by Nabedana Inc. 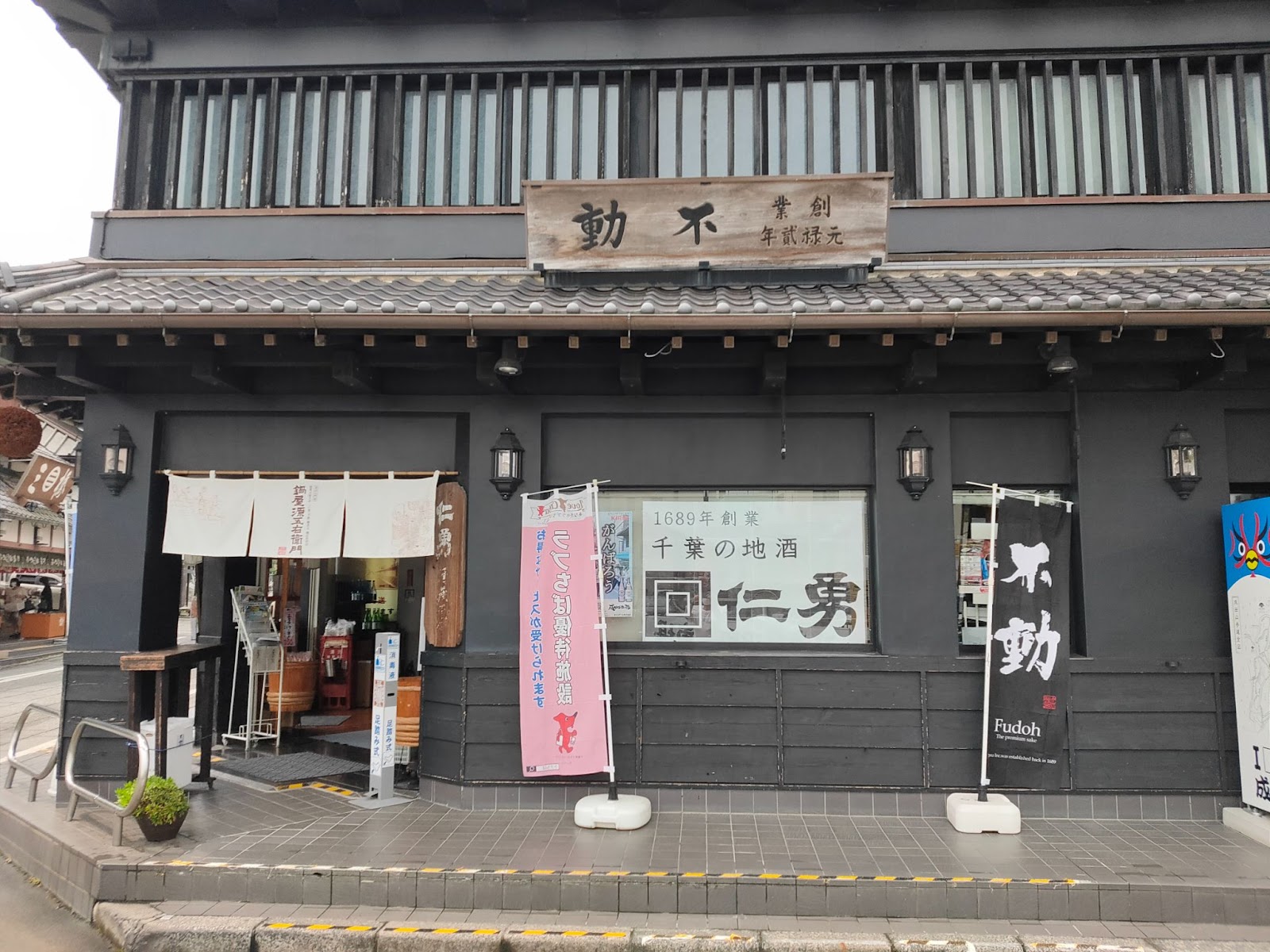 Right nearby Naritasan are "Fudo" and "Jinyu", directly managed stores by the famous brand Nabedana Inc. 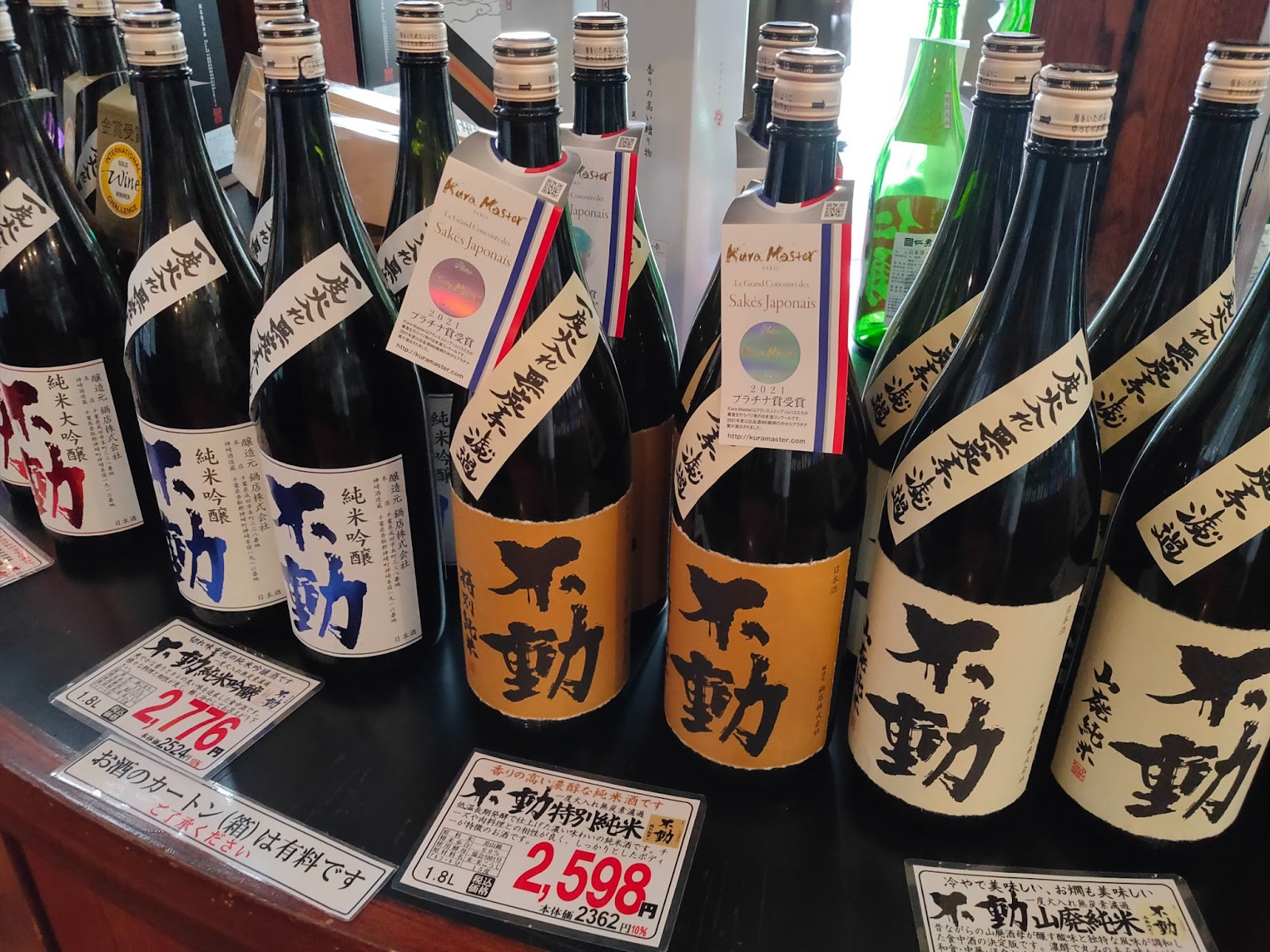 These breweries also have a history of over 100 years.

They originally manufactured ironware, but began sake brewing in the mid Edo Period and have enjoyed popularity among visitors to Naritasan since those days. 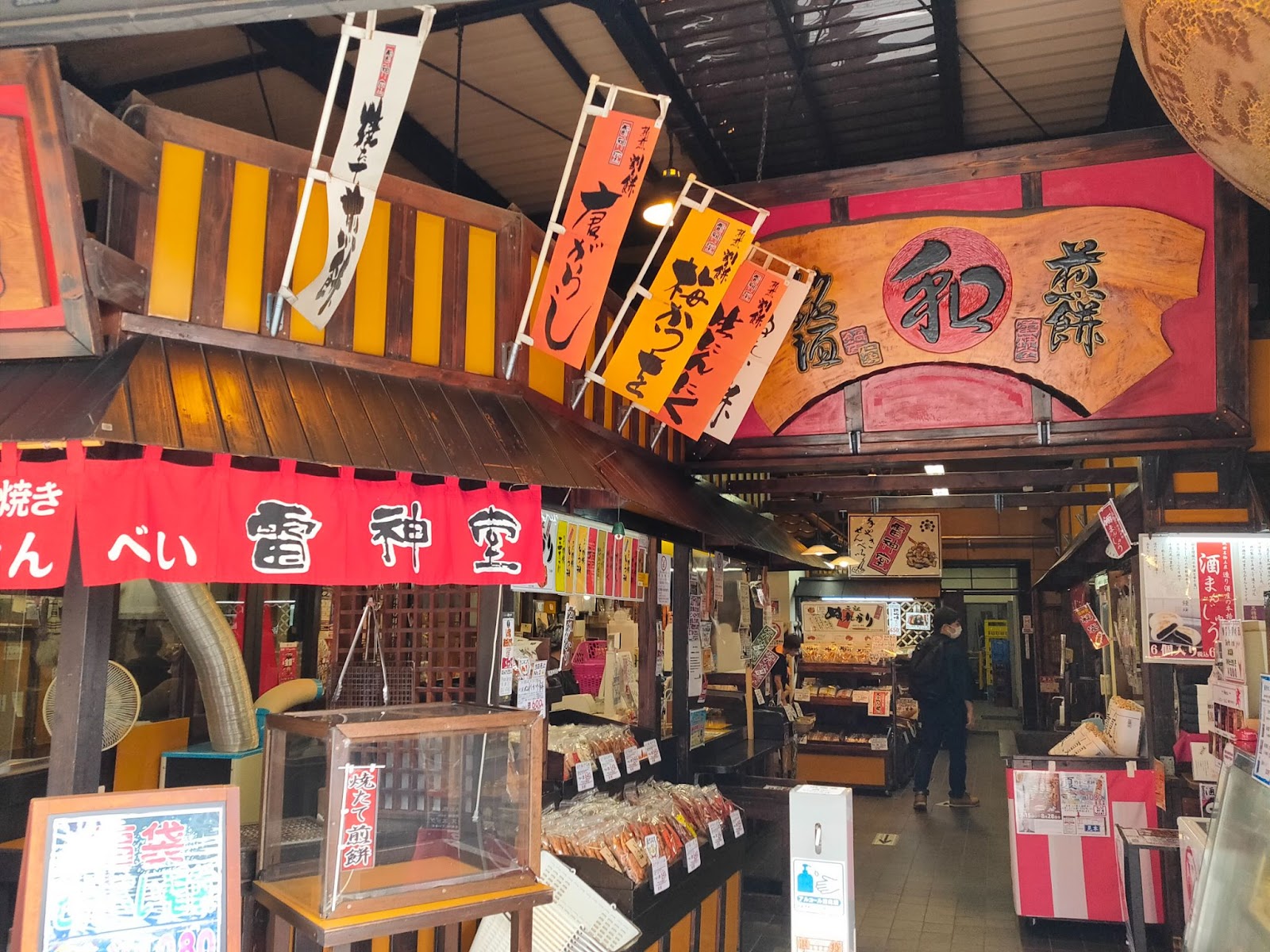 There is much more to this dealer than meets the eye, with an store interior coming with a twist to it.

In addition to a variety of alcohol including Japanese sake, there is a selection of snacks such as gibier that go with each of the beverages. Even the display rack is unique, never leaving you wanting for something to look at.

Tastings and events are held every now and then, and you can tell just from the appearance of the store that its owners value interaction with the local community. 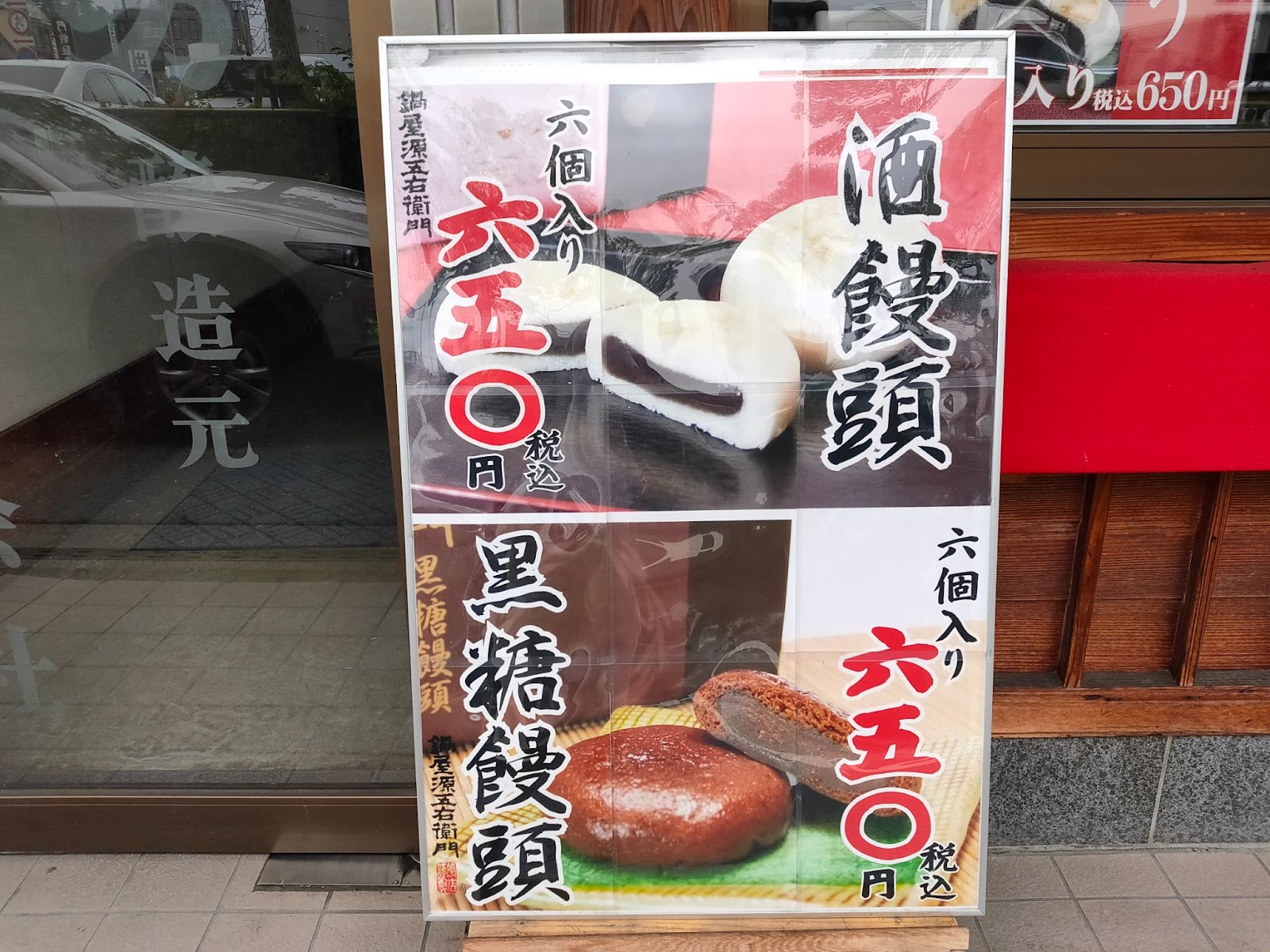 The sakemanju steamed buns and rice crackers as well as other other food you can eat on the go is popular here, not just the alcohol and snacks. 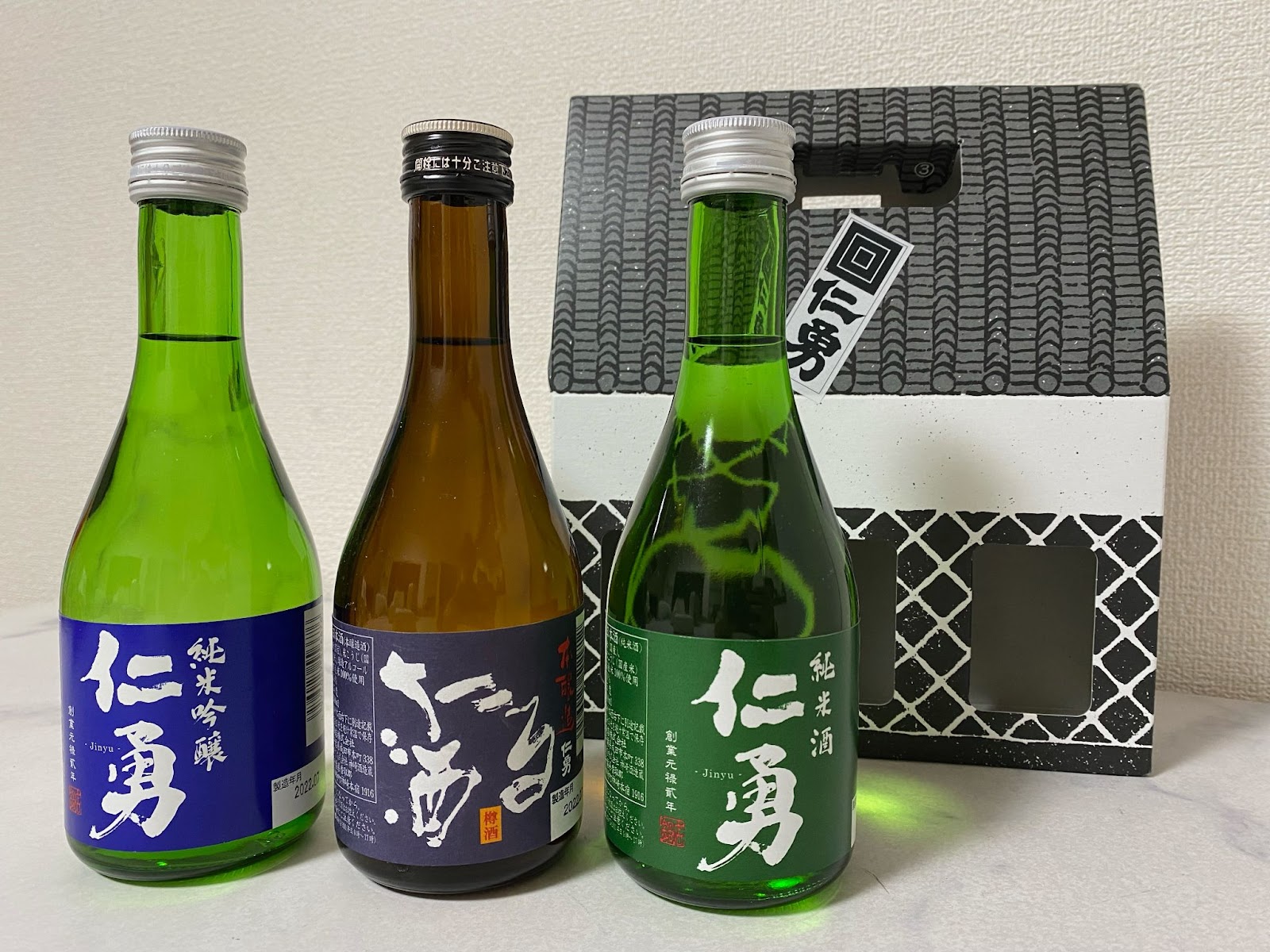 This also has a set of three mini bottles perfect as a souvenir.

It has a rich flavor and solid taste that seems to go very well with gibier. 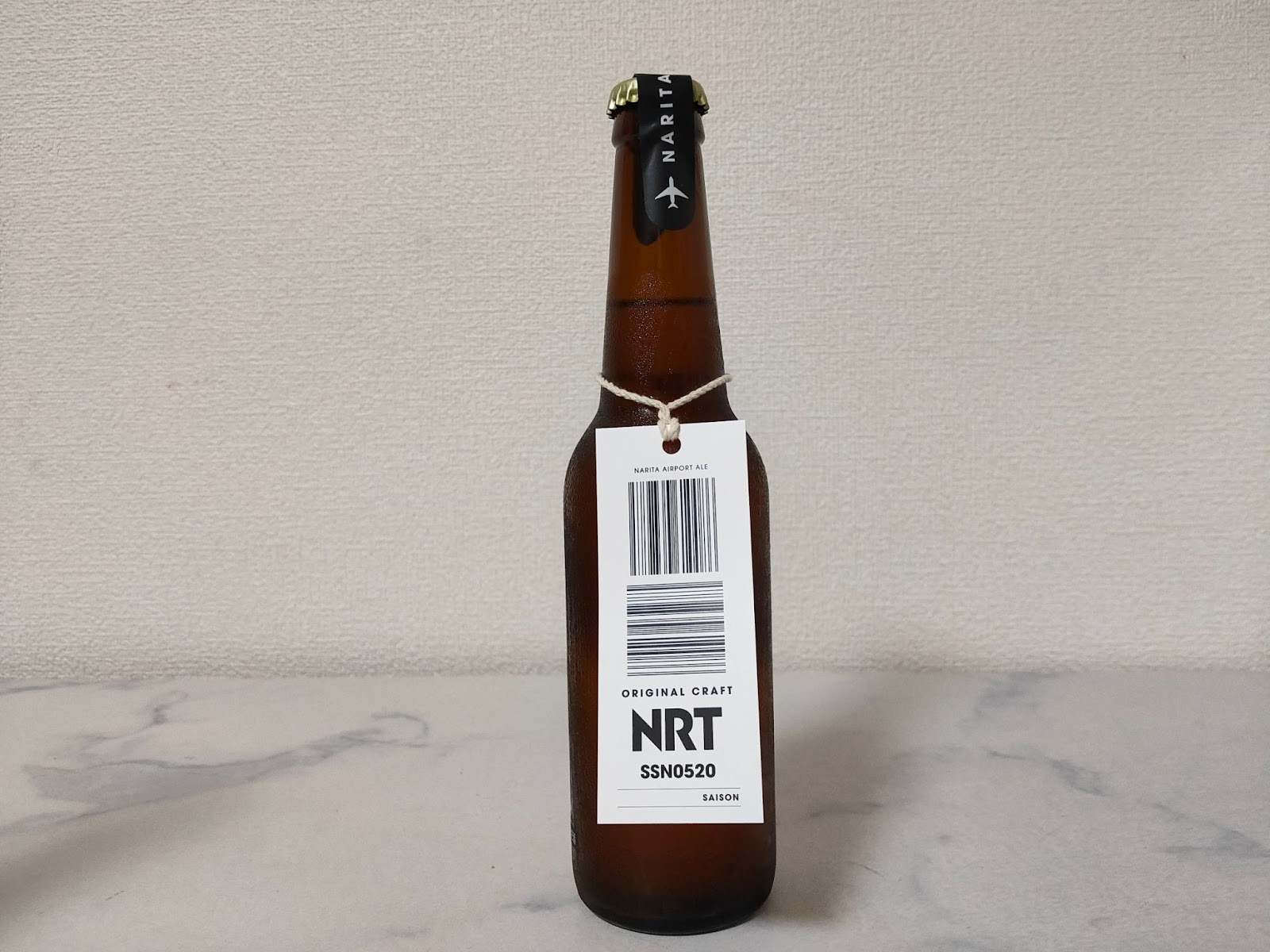 Our last beverage to introduce is a Narita local sake first made in 2022, "Narita Airport Ale".

成Narita International Airport Corporation and Greenport Agency Co., Ltd developed this local beer together with Choshi Beer's Inubo Brewery with the idea of "wanting people to be able to easily feel like they're on vacation and bring back memories of enjoyable vacations". 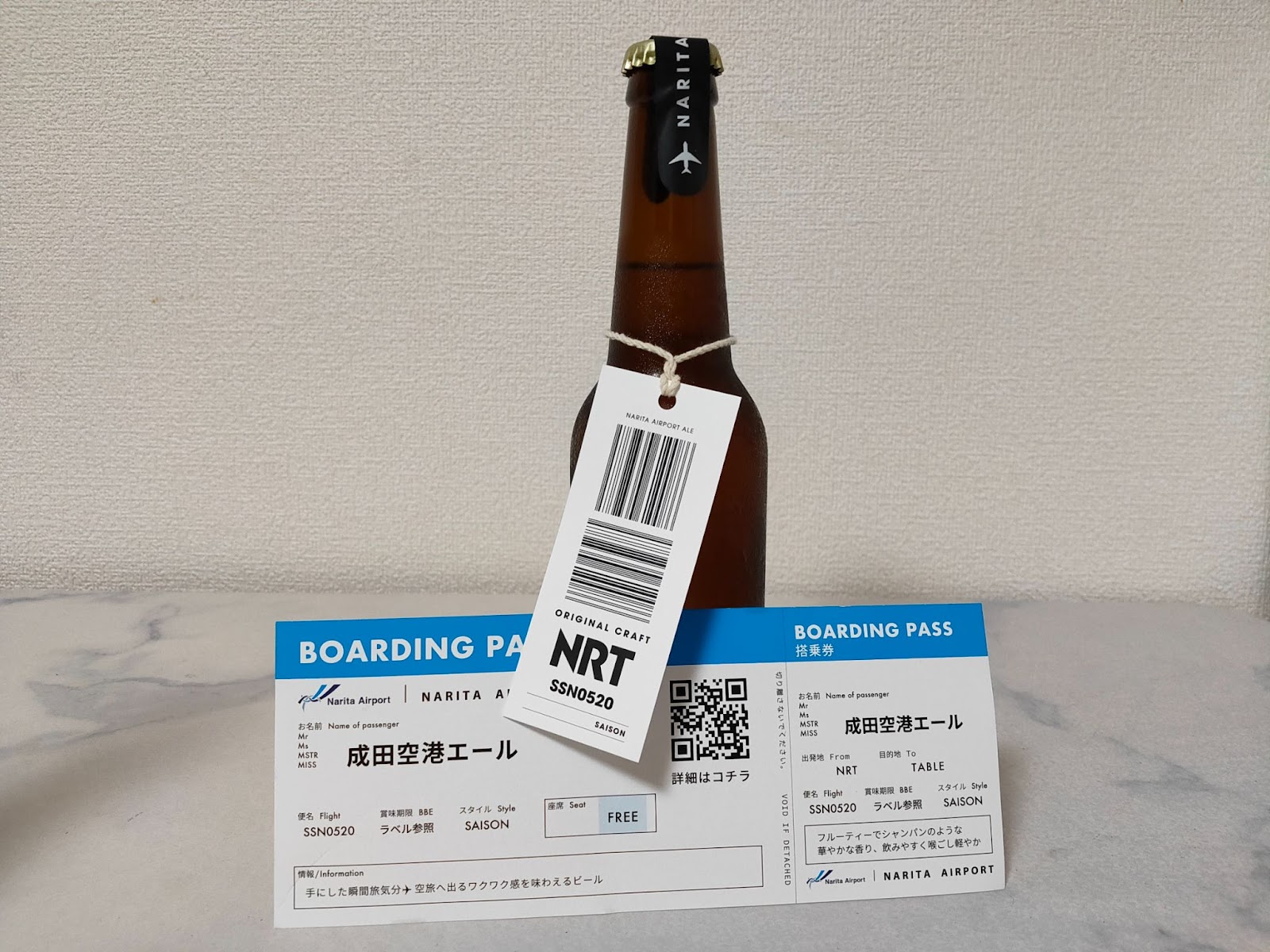 On first glance, it looks label-free and simple, but the design is one made with playfulness, including an interesting baggage tag and original flight ticket.

It has a very fruity flavor and rich taste that spreads throughout the mouth.

The drink features a secret ingredient in the form of Chiba Prefecture-made olive oil and is made packed full of local Chiba ingredients. 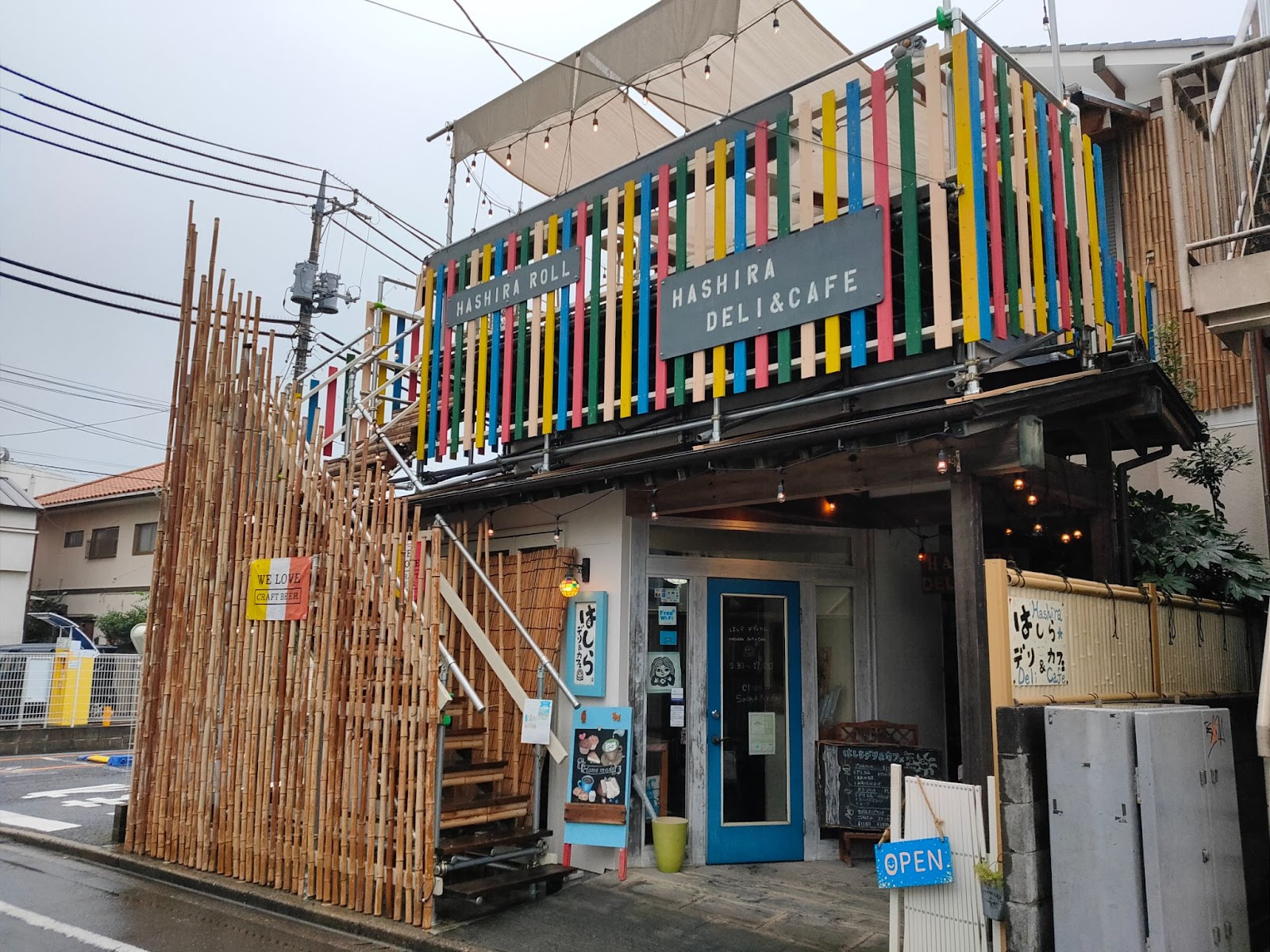 As of September 2022, there aren't many stores that carry this.

Around the Narita Station area, you can enjoy drinking it at the Italian restaurant Oliveto Narita and Hashira Deli & Cafe.

You can also buy it at the airport or online. 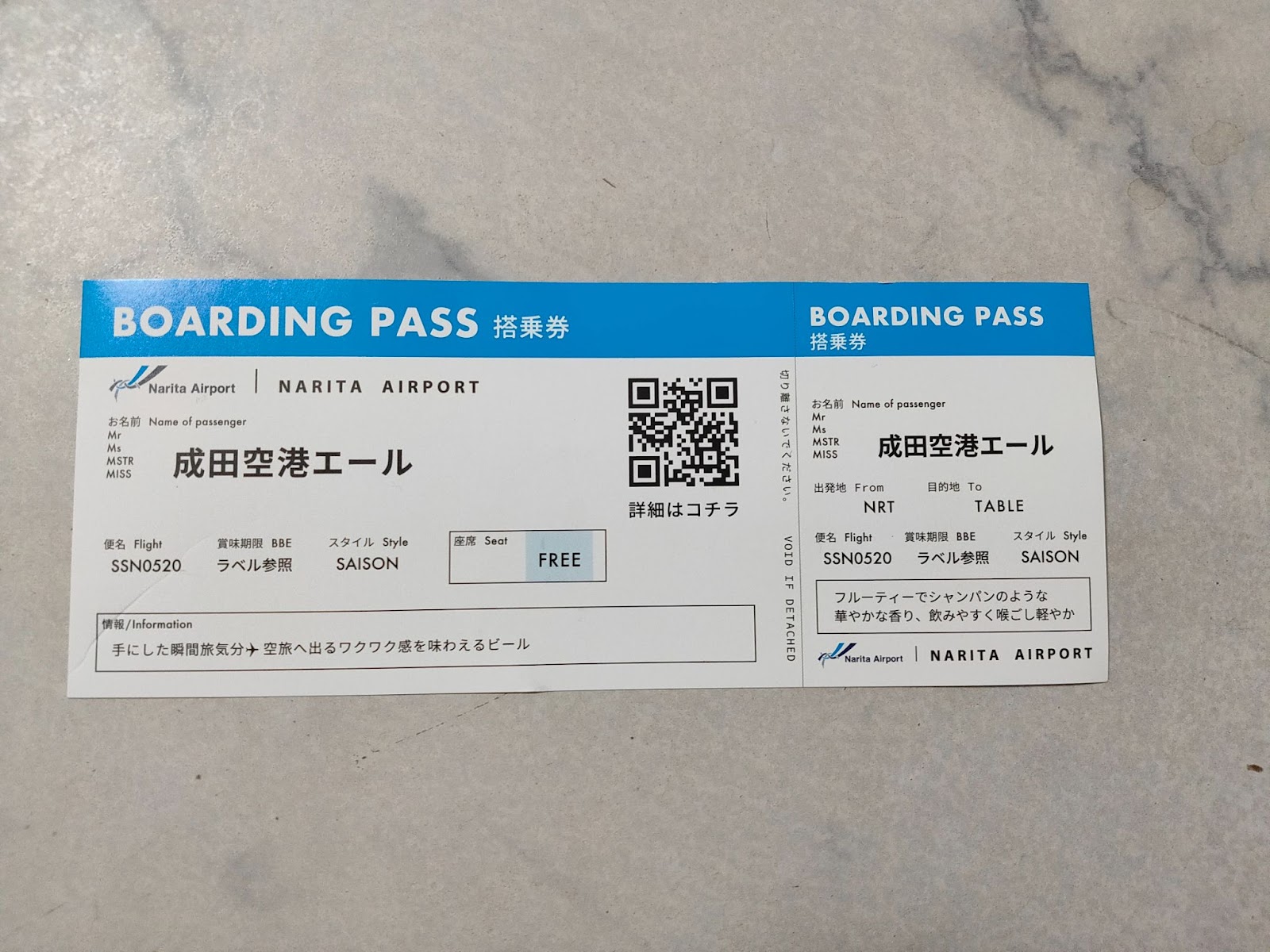 You can see which stores carry this by scanning this QR code. 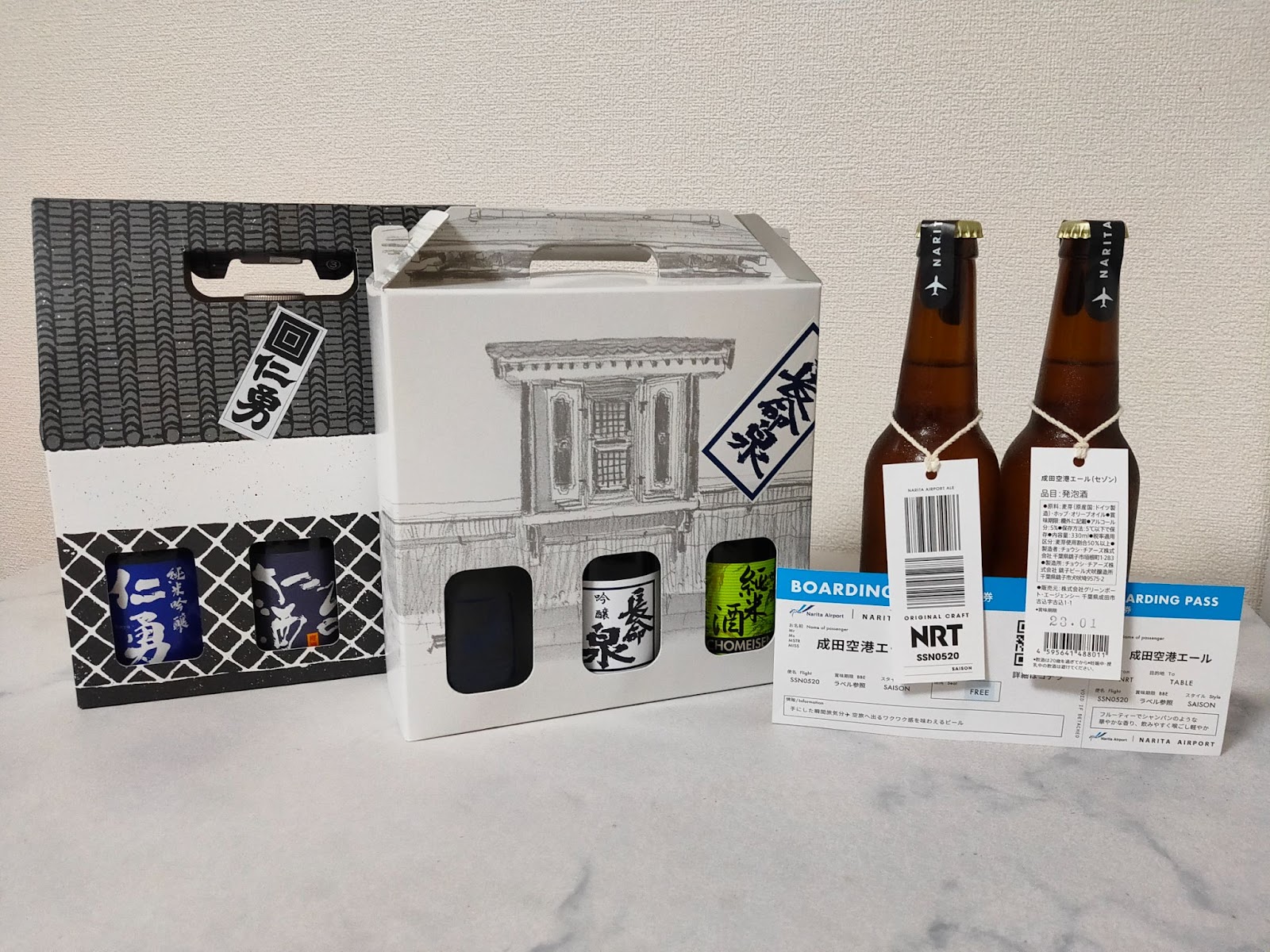 A brand new local beer born from a long-standing brewery that has experienced the history of Narita and its passion to liven up the area.

What they both have in common is the insistence on producing a certain taste and the strong will to develop choice sake that fits the times.

The alcohol we have introduced here is just the tip of the iceberg.

There are so many more types available, so when visiting Narita, please feel free to come and check out the dealers and agents of them.