People of Narita -The manager of Seeds Mr. Sugano-

Our third guest is Mr. Sugano, the manager of Seeds, a vegetable and spice bar in Hanazaki-cho.

Many"People of Narita" think a great deal of the city of Narita, and are passionate about it.

Make sure to try and make a visit to Narita.

ーFirst of all, please give a simple self-introduction!ー

My name is Shota Sugano from the vegetable and spice bar,Seeds.

Our bar makes use of multinational spice cuisine that originates and local vegetables. 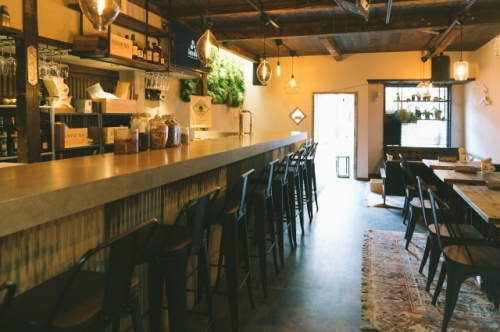 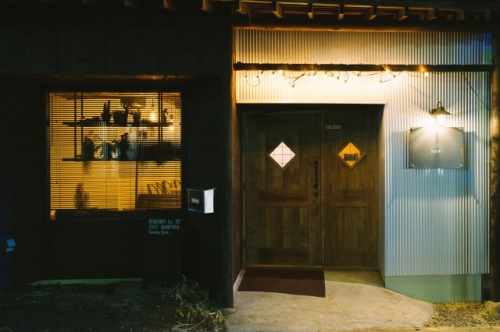 ーThere haven't really been any places like that in Narita. Is there any reason why you purposely chose to cook multinational cuisine?ー

Since our chef is skilled at cooking dishes from many different countries, not limited to any one genre, he offers multinational cuisine.

With Narita being characterized as the front door to the skies, we thought it'd be interesting to have a sense of cultural mixing by combining the cuisine of various countries.

We also use fresh vegetables that are delivered to us directly from a farmer who we've got an agreement with.

This was actually the idea of Mr. Yabu from Hashira Deli & Cafe, who inspired us to start up this bar, but since there aren't very many restaurants in Narita for vegans or vegetarians yet, he suggested that we be aware of what appeals to inbound tourists. 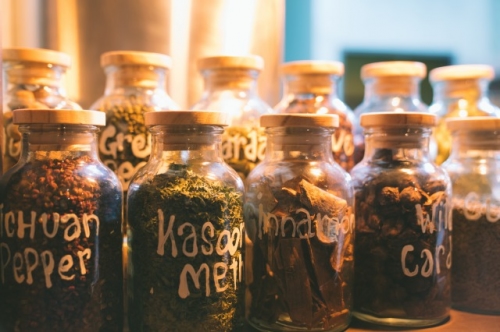 ー I see. Is there a reason or motive behind opening the bar in the region of Narita?ー

To tell you the truth, the chef and myself are both originally from Narita, and since we've had many years of experience working in food and drink, we drew on that experience to start a bar.

My work was originally based in Tokyo when I was in my teens, but as I got older, I started to feel that I wanted to liven things up more in my hometown, and make a contribution to the area, so I came back.

The other major motive was that, when I was working at a concert venue in Tokyo, there was a speech event where people would talk about their dreams, and choose the best talker.

The staff had to participate, too. When I thought about my own dreams again, it made me realize that I didn't have any.

Along with the fact that my health deteriorated around the same time, I rethought a lot of things. That led me to arrive in Narita.

ーHow do you feel about coming back to Narita and working?ー

I feel glad to have come back.

I went to Tokyo when I was a teenager, so I didn't have any friends or anything.

Even so, I have made a lot of friends since I started a music event called Narita no Okage, which was founded in 2014 with a gathering of music lovers, in order to lived up Narita.

I have a lot of people who would support me if I were in a really tough spot.The fact that I was able to make friends is a particularly big deal for me, I guess. 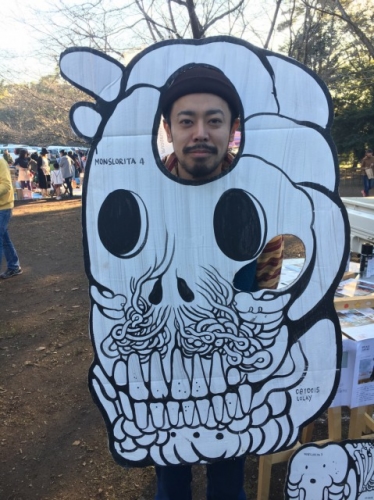 ー I see. You were also involved in revitalizing the town with Narita no Okage.ー

Yeah. It's interesting to be able to do something distinctively local, that wouldn't have been possible in Tokyo.

Moreover, that work also led me to Aimi Mukohara, a singer-songwriter from the city of Narita.

If we carry on expanding on these kinds of interesting activities, I think we might even be able to hold back the young people who go to Tokyo. I want to do it again after corona has ended.

ーAh, coronavirus. It's had quite an effect on food and drink establishments. How are things for you?ー

Many of our customers were not only foreigners, but also people connected to the airport and government officials, so it's dealt quite a blow to our turnover.

I felt that we couldn't go on like this, so I started a project called Save the Narita Restaurant, and began crowdfunding for it.

We had around 20 restaurants participating at first, but as many as 70 joined in the end.

Restaurants that I didn't know anything about reached out to thank us for getting involved here.

We also received a lot of words of support from our regular customers.

Wanting to give them all some encouraging news was actually a huge source of motivation for us in doing what we did. 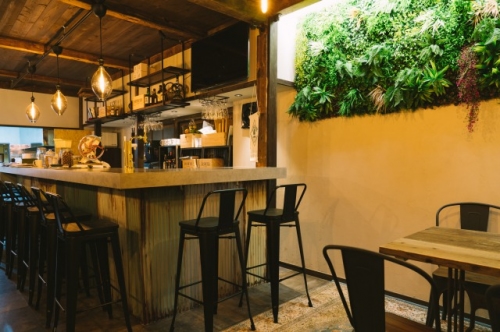 ーAlthough coronavirus has had enormous implications, you were able to make many new connections with people! I want everybody involved in the food and drink scene in Narita to work hard so that you can receive a lot of custom after it has all blown over!ー

Yeah. I want lots of people to come back. There is a great variety of different kinds of restaurants in Narita.

We've got Irish bars situated directly opposite to udon restaurants, for example. There are completely different restaurants sat right next to each other.

I think that's the kind of thing that makes Narita interesting.

The nature of Narita is that a lot of people come and visit from abroad, so I feel it's appropriate that cultural exchange and food are closely connected here.

You often catch sight of foreigners and Japanese people drinking at cheap izakaya in front of the station, opening up to one another and having a good time. I find it quite interesting how it's such a common thing to see them having a toast like that, just for a bit of a fun.

And when I see them the next time they run into each other, saying "oh, it's the guy from the other day", and shaking hands, even though they can't even speak each other's language, I feel that the good thing about Narita is that it creates these kinds of connections, and furthermore, those connections grow into friendships.

After coronavirus has ended, I want to do something like a drive-in theater, or a market-type thing, where I'd invite the restaurants who participated in Save the Narita to set up their own stalls.

I'll call on the artists who sung the support songs for Save the Narita then, too. I'd like us to do some charity work together, too, and donate the proceeds to medical care, and so on.

ーThat's a great plan! I'm very much looking forward to seeing it come into being. Right, can you give us a few final words?ー

There might not be that much I can do to help you, but I might be able to connect people, or create influential opportunities for people to meet each other.

I always want friends to hang out with, too, so I'd be pleased if someone hung out with me.