Exploring the Roots and Recommended Restaurants of Genghis Khan in Narita, where the Food Originated

Narita is said to be where Genghis Khan (Mongolian Barbeque) originated in Japan. In the past, there was a vast farm here for the imperial family. Now, there is a Memorial Hall with Genghis Khan origins on the site where the farm used to be. We will introduce it, and the recommended Genghis Khan restaurants around the station that are delicious.

People often imagine Genghis Khan food to be from Hokkaido.

People often imagine Genghis Khan food to be from Hokkaido.

In actuality, there are many restaurants that serve sheep meat in Narita, and there are also some famous Genghis Khan restaurants.

Here, we will explain why Genghis Khan is said to have originated in Narita and also introduce recommended restaurants where you can have Genghis Khan.

There are two main theories when it comes to where Genghis Khan originated from, Hokkaido and Narita. 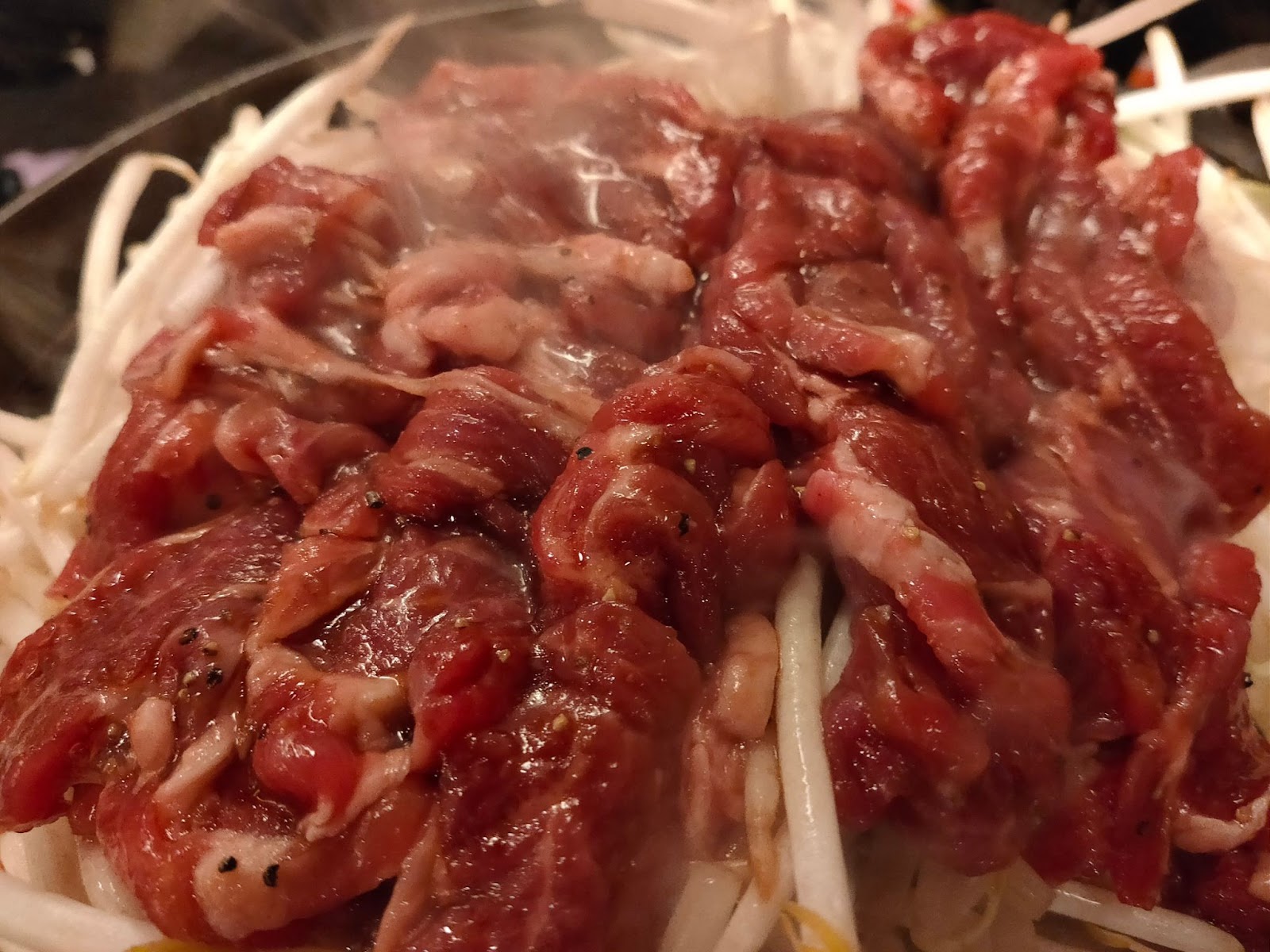 Ghenghis Khan is a dish where you grill lamb or mutton meat on a steel plate and eat it with vegetables, dipping them in a sauce.

In Japan, people don’t eat sheep meat very much on a regular basis, so a lamb/mutton dish may seem somewhat rare.

There are various theories regarding where it originated. However, the two main theories claim it originated in either Hokkaido or Narita.

Both theories agree that “before coming to Japan, Genghis Khan originated from the Chinese continent” and that “the current Genghis Khan dish first appeared in the early Taisho period (1912-1926).

To explore where the food originated, it was essential to visit the Sanrizuka Goryo Ranch Memorial Hall, so we went there. 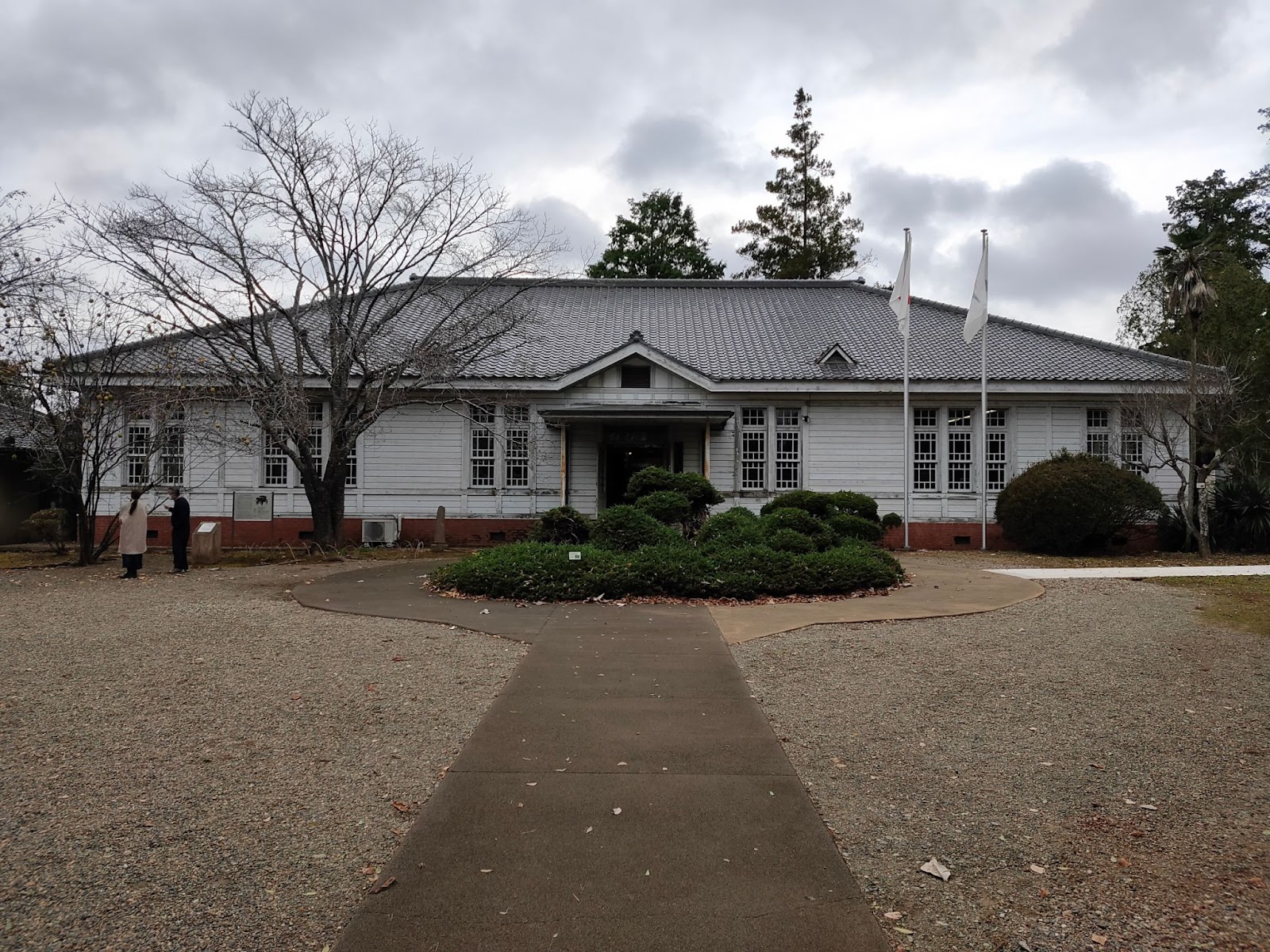 In the past, before the Narita International Airport was built, the current land where the airport stands used to be The Imperial Household Agency Shimousa Imperial Stock Farm. It was a vast farm with a size of four Imperial Palaces. 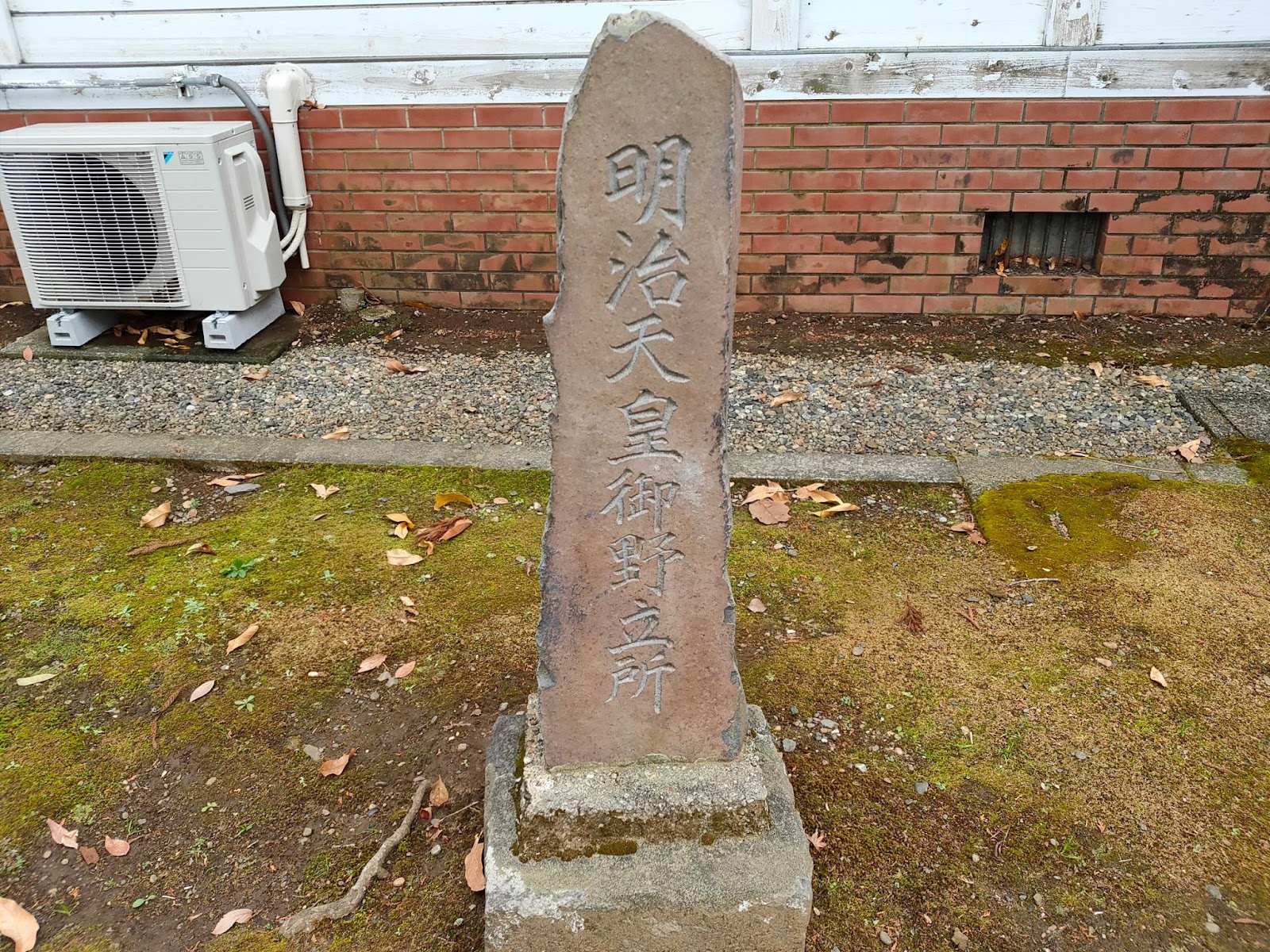 After 1965, the farm closed and moved due to an airport construction plan. On the site, Narita City opened the Sanrizuka Goryo Ranch Memorial Hall. 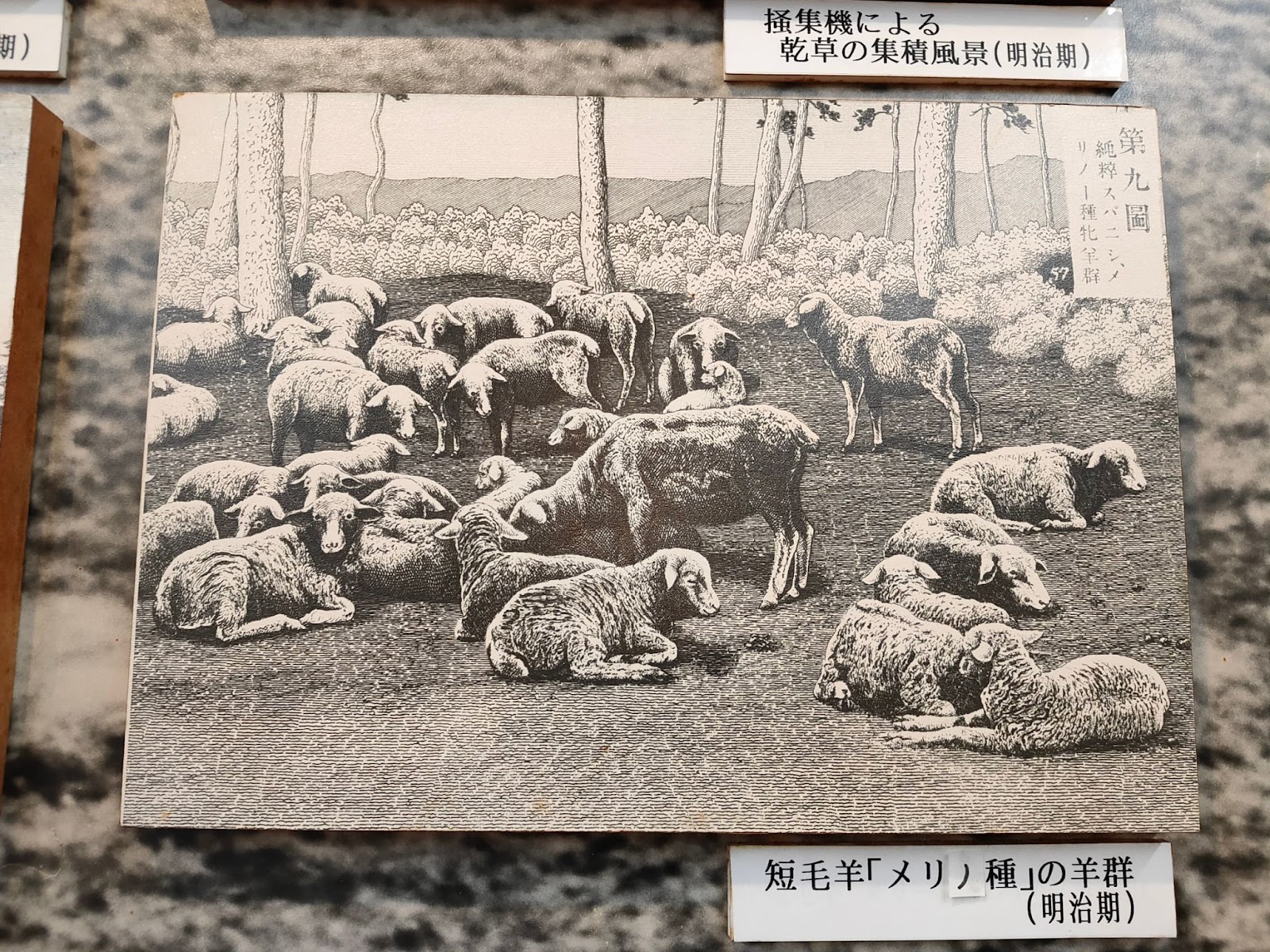 There is a record here regarding the origins of Genghis Khan, which said that people of merit in the town were invited to this farm in the early Taisho period, where livestock and agricultural farming was originally taking place. Moreover, the record states that they were served Genghis Khan dishes, which seems to be one of the grounds that it originated in Narita. 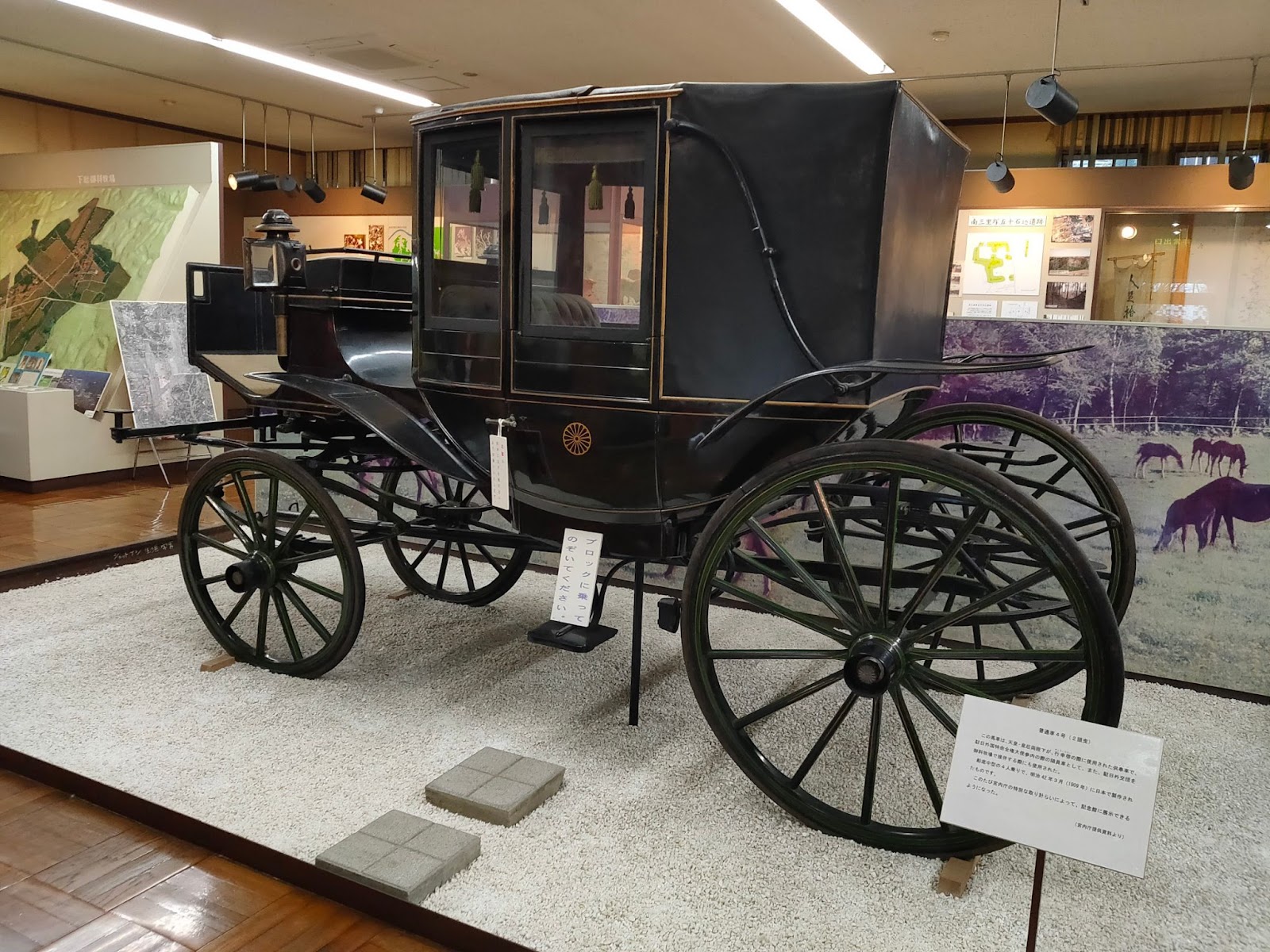 The Sanrizuka Goryo Ranch Memorial Hall exhibits Genghis Khan steel plates used at the time, agricultural equipment, and a coach for the imperial family. It is very much worth the time to visit this memorial hall. 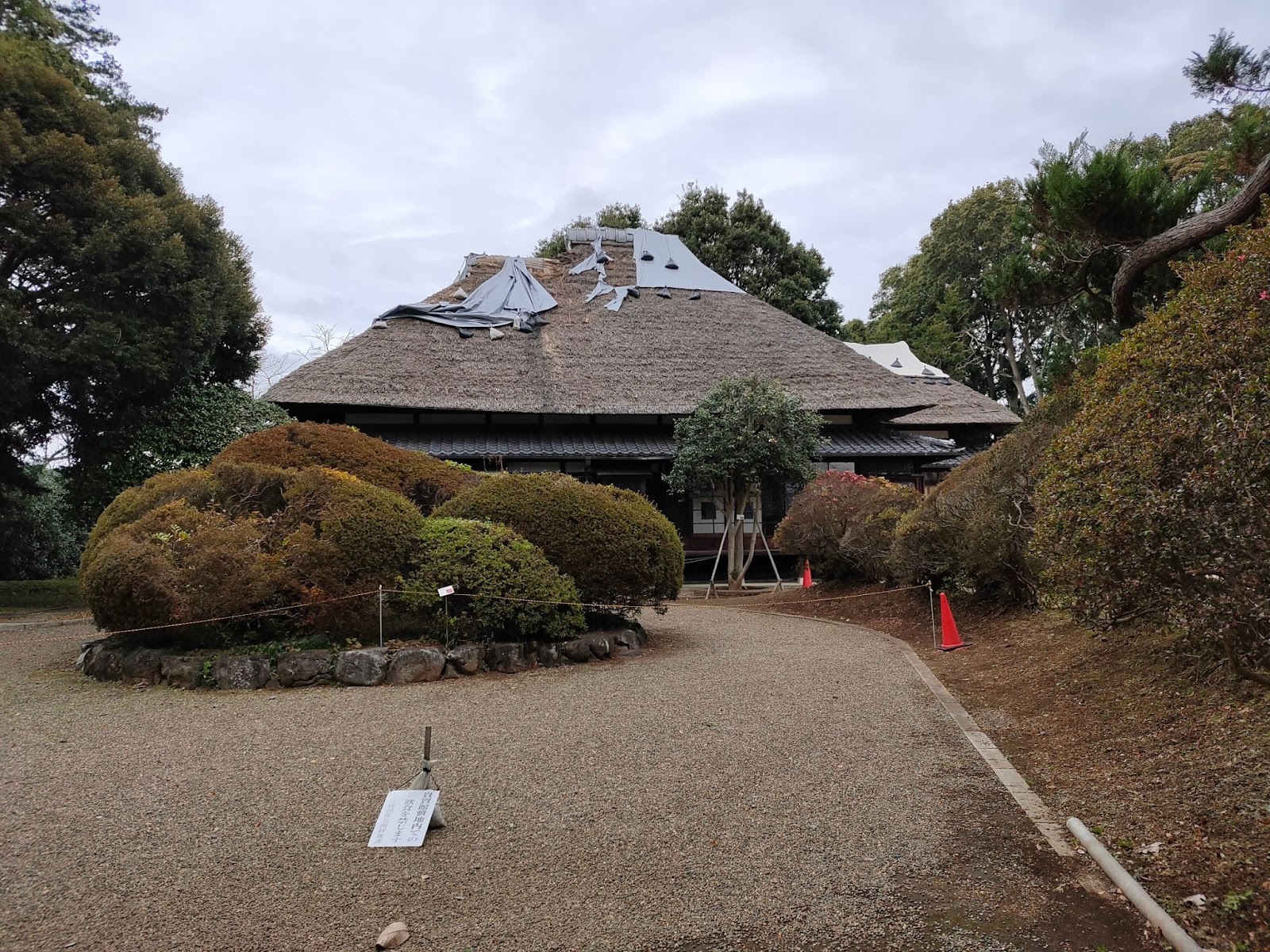 Furthermore, this memorial is located in Sanrizuka Memorial Park. Here, visitors can see a bomb shelter especially designed for the imperial family that was secretly built during the Second World War. There are also other valuable exhibitions and buildings, such as the building that used to hold the garden party of the Imperial Household Agency.

The full-time staff at the memorial hall gives you very detailed explanations, and you can hear many interesting episodes. 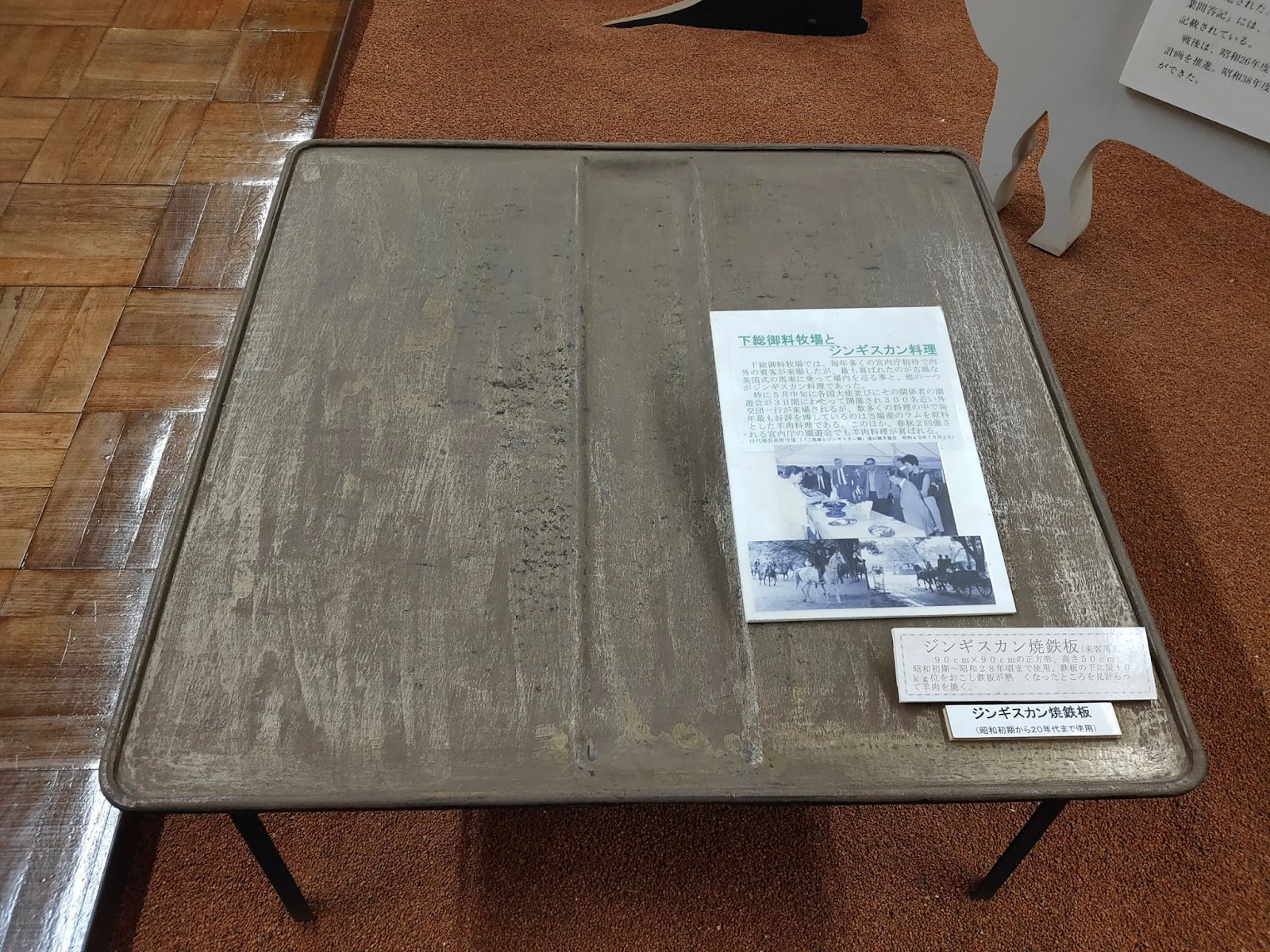 Now that you learned where Genghis Khan originated from, next we will introduce famous Genghis Khan restaurants in Narita. 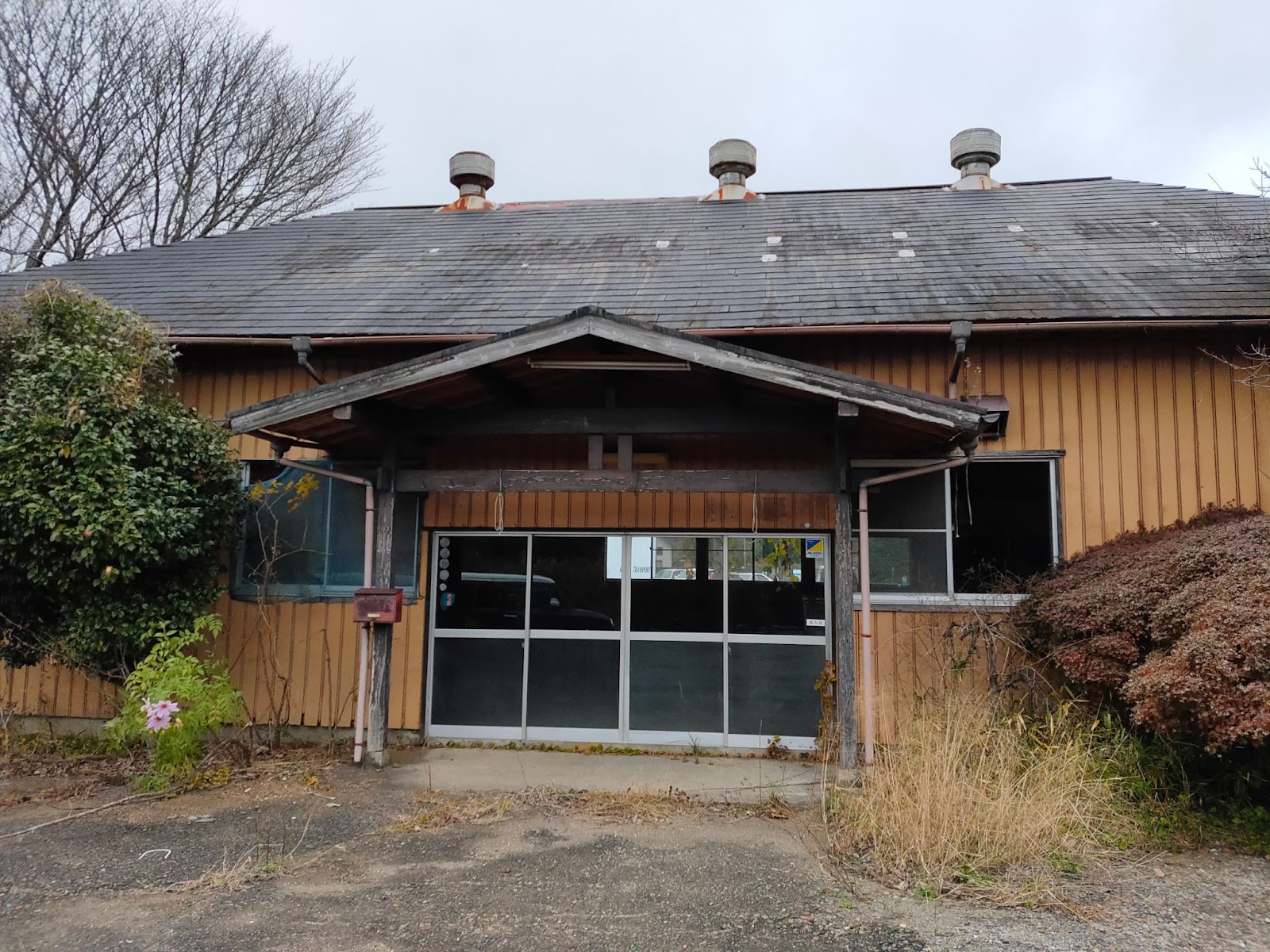 It had almost 70 years of history, so it is an essential restaurant when discussing Genghis Khan in Narita.

It was covered by the media many times, and it was also famous locally as a delicious restaurant. Unfortunately, however, it closed in March 2020. 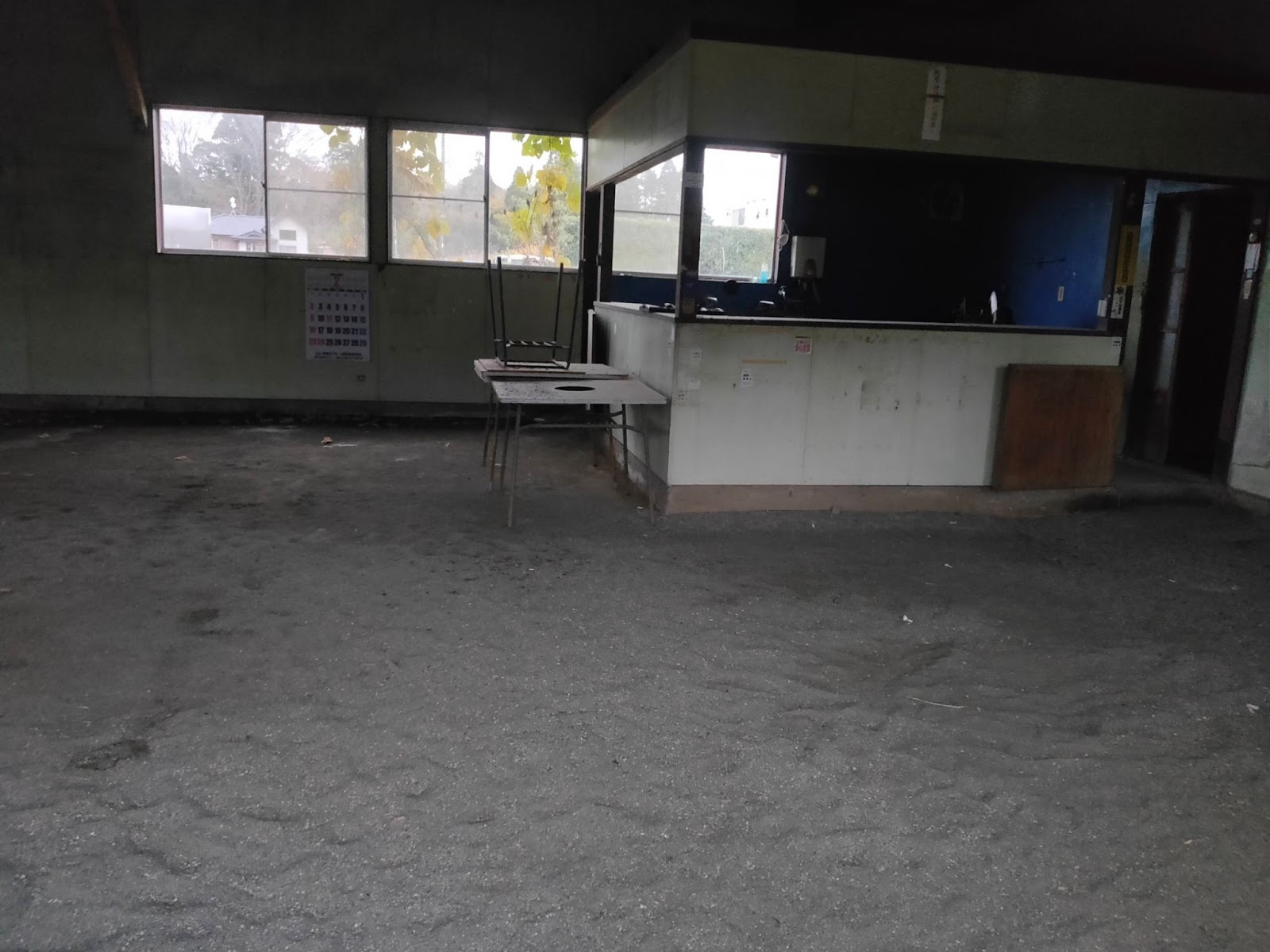 The building remains to this day, and you can see how the floor used to be sandy. 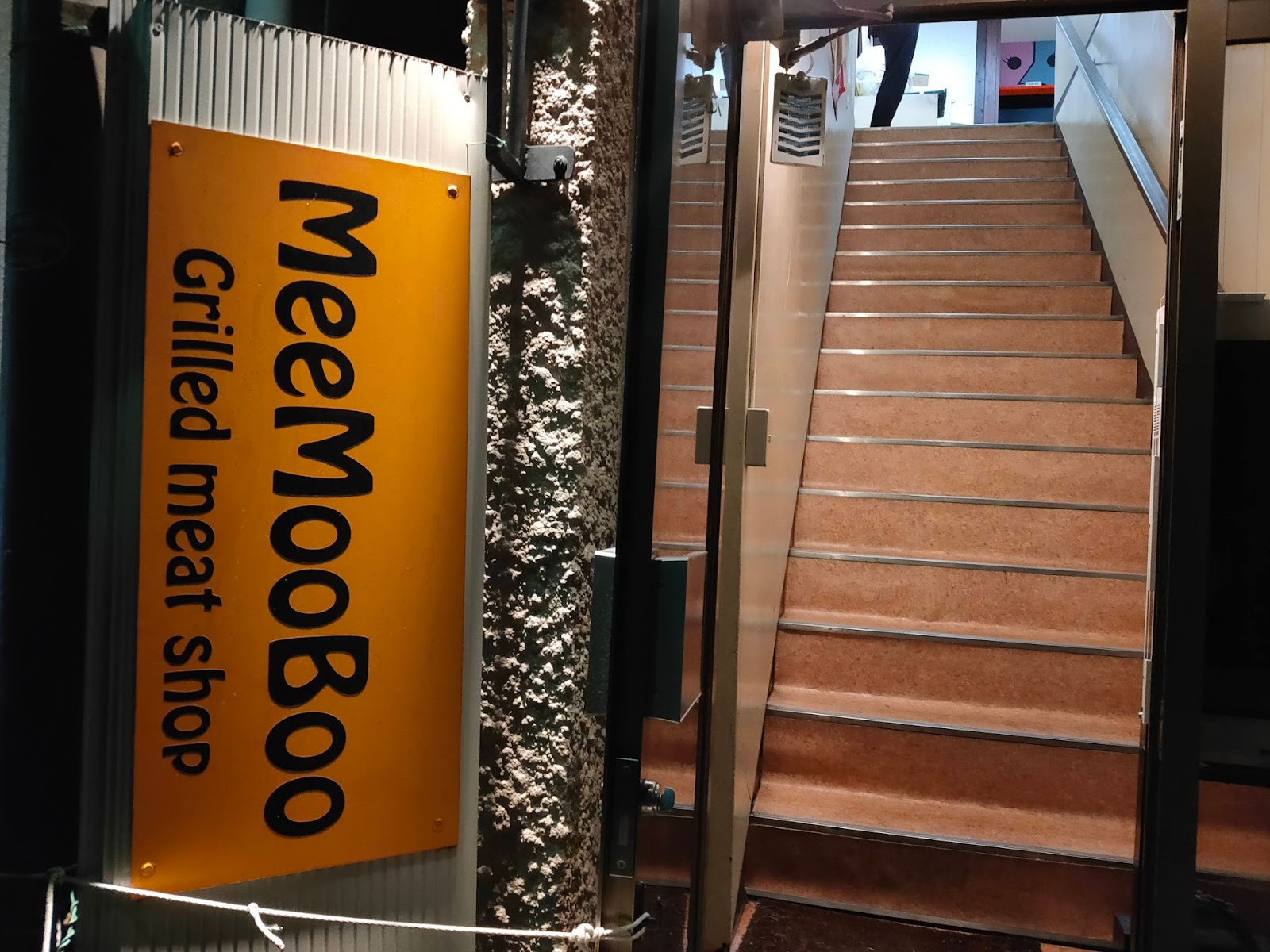 The Yakiniku restaurant is not far from Narita Station. 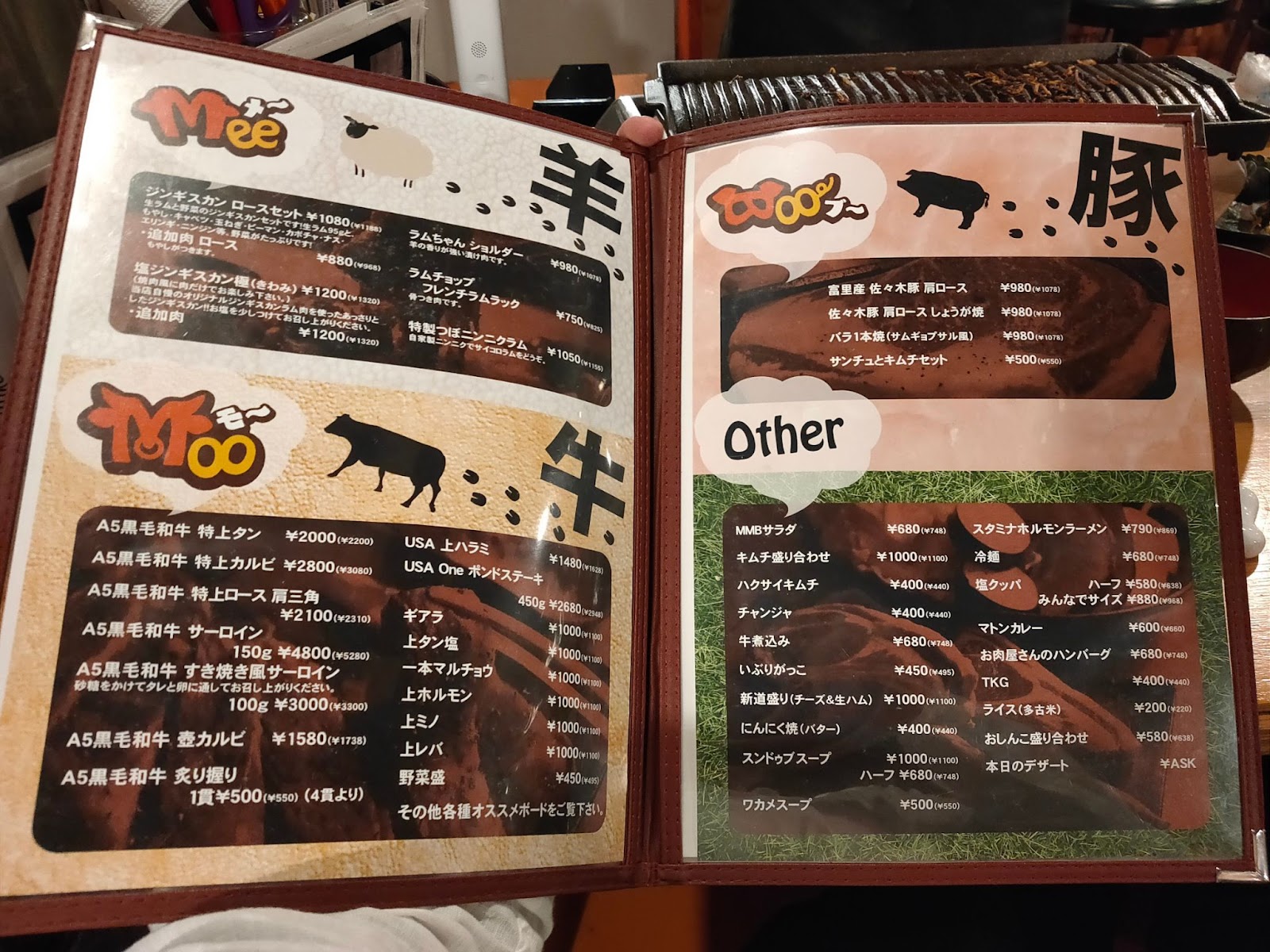 Of course, you should not miss the Genghis Khan.

You don’t use the ordinary round steel pot but use a special rectangular Genghis Khan pot. 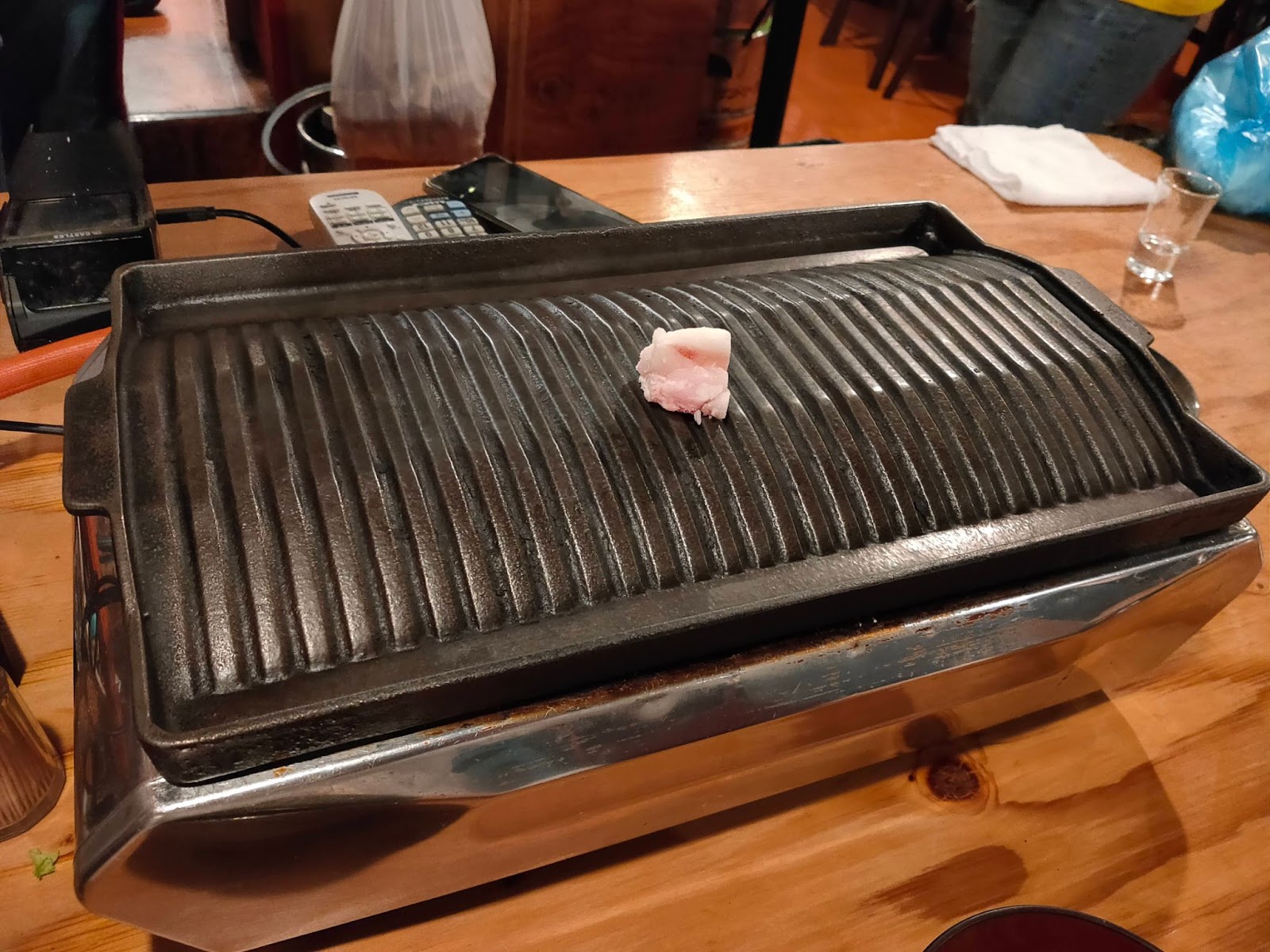 You leave all the cooking to the restaurant employee.

Therefore, you can fully enjoy the sound of fresh seasoned sheep meat and vegetables being grilled and the great smell. 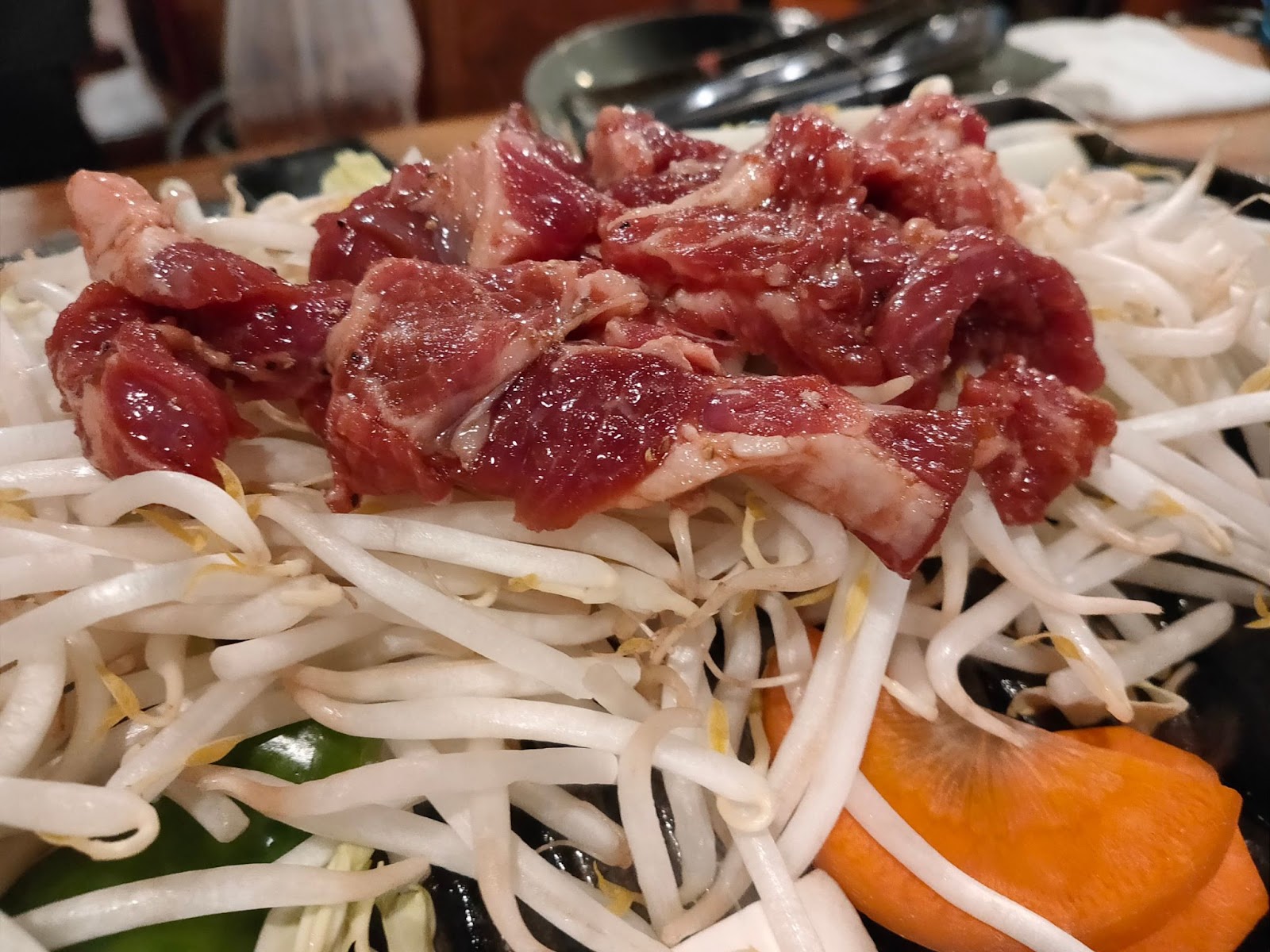 After your appetite is enticed, you can eat the meat dipping in the special sauce.

The fat is not greasy and is delicious. It mixes perfectly with the sauce, and it’s superb!

There’s virtually no bad smell too. 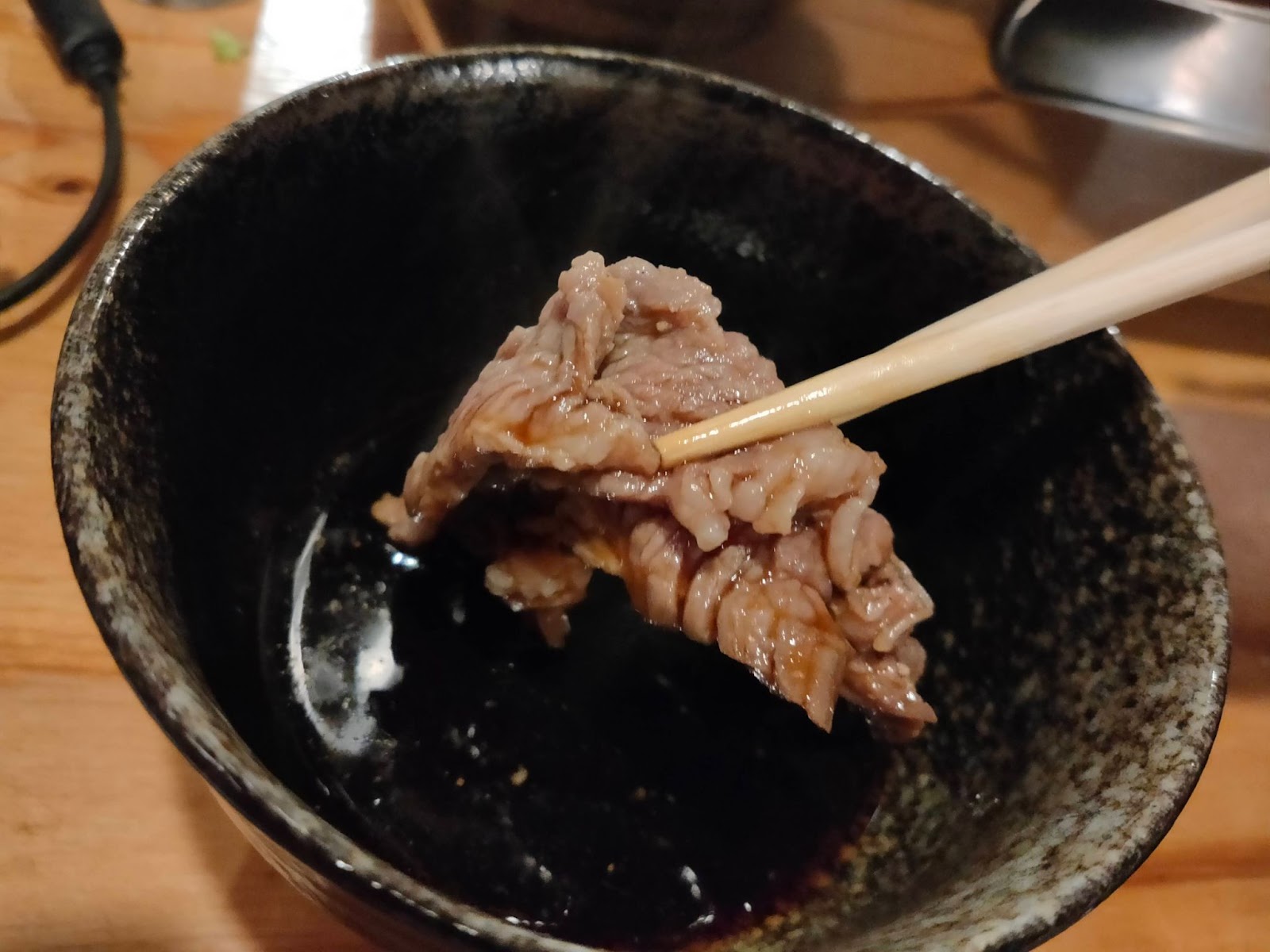 It may seem like a big portion with all the vegetables, but your chopsticks won’t stop. It’s so good you will finish everything quickly. 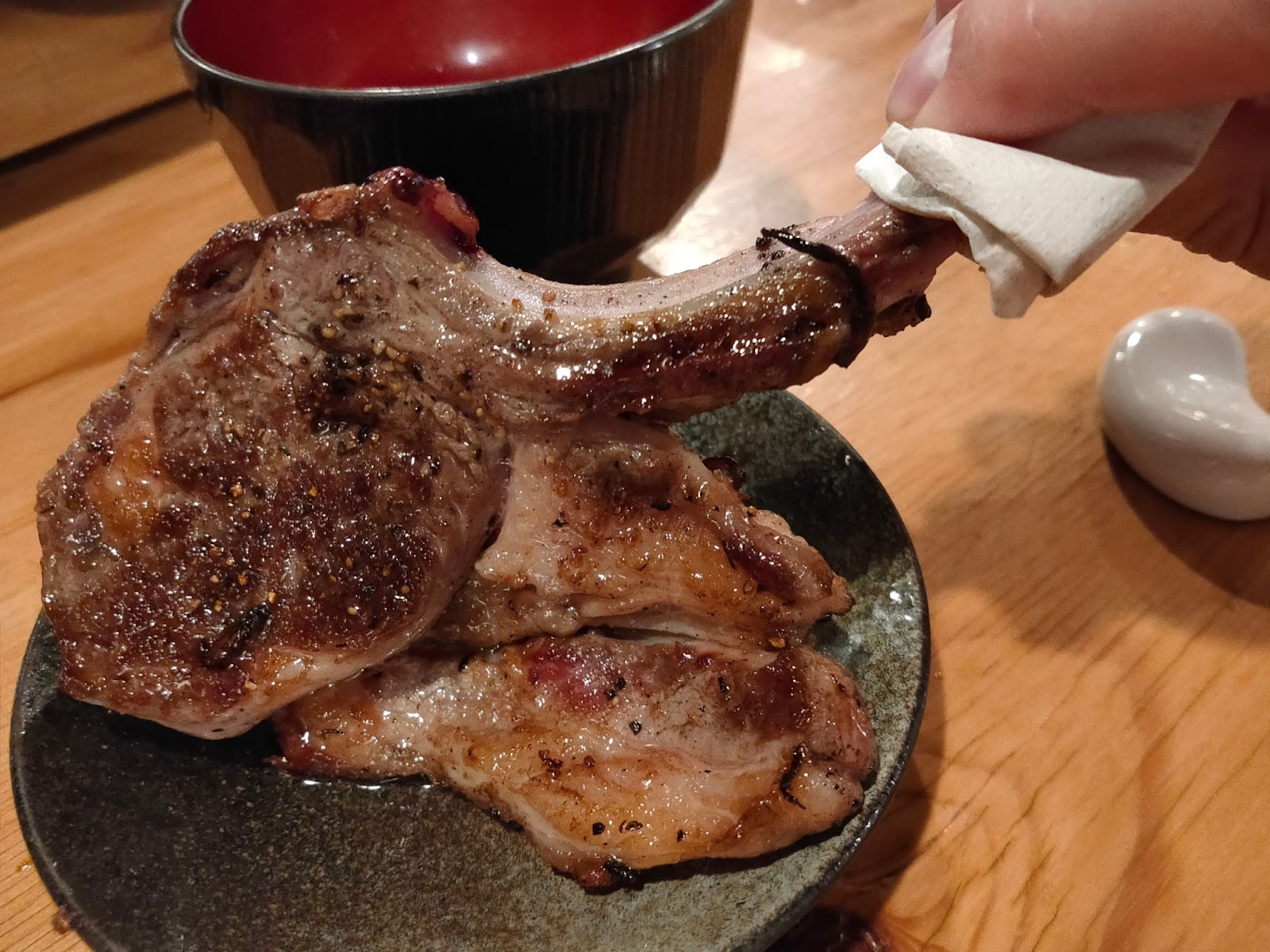 The lamb chops are also popular and visually pleasing. 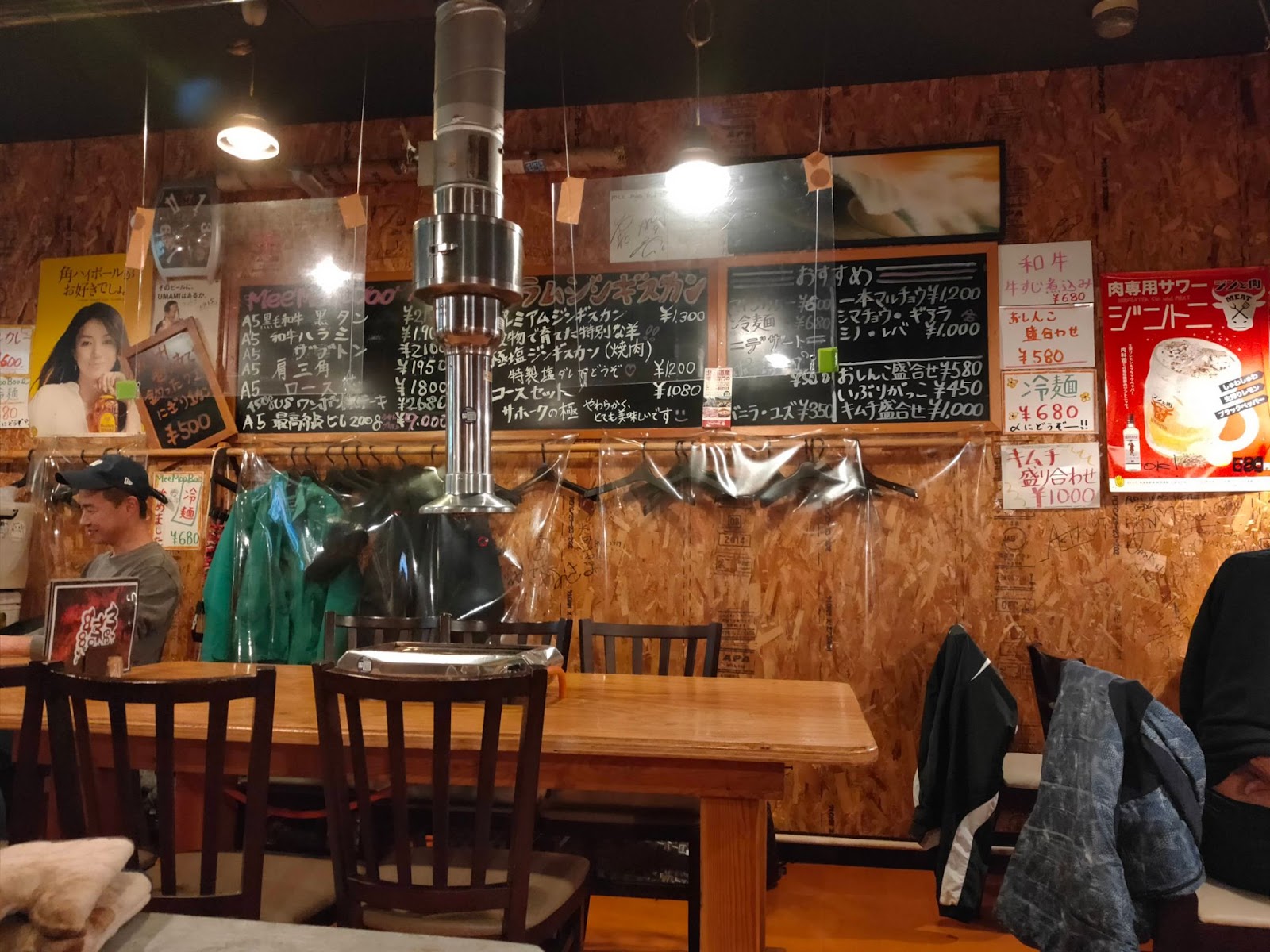 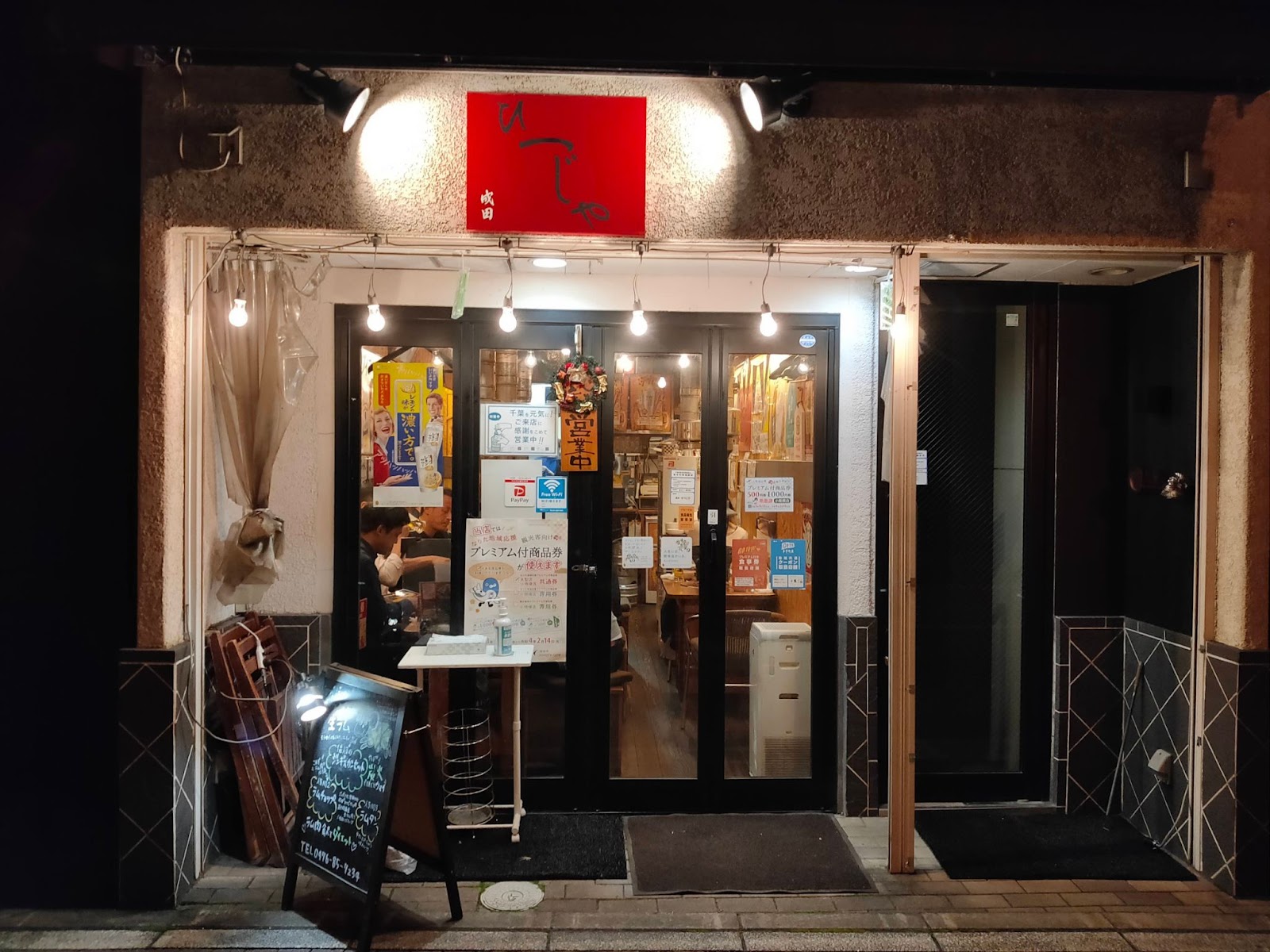 This restaurant is also very close to Narita Station. The restaurant is located along the path leading to the Naritasan Shinshoji Temple. 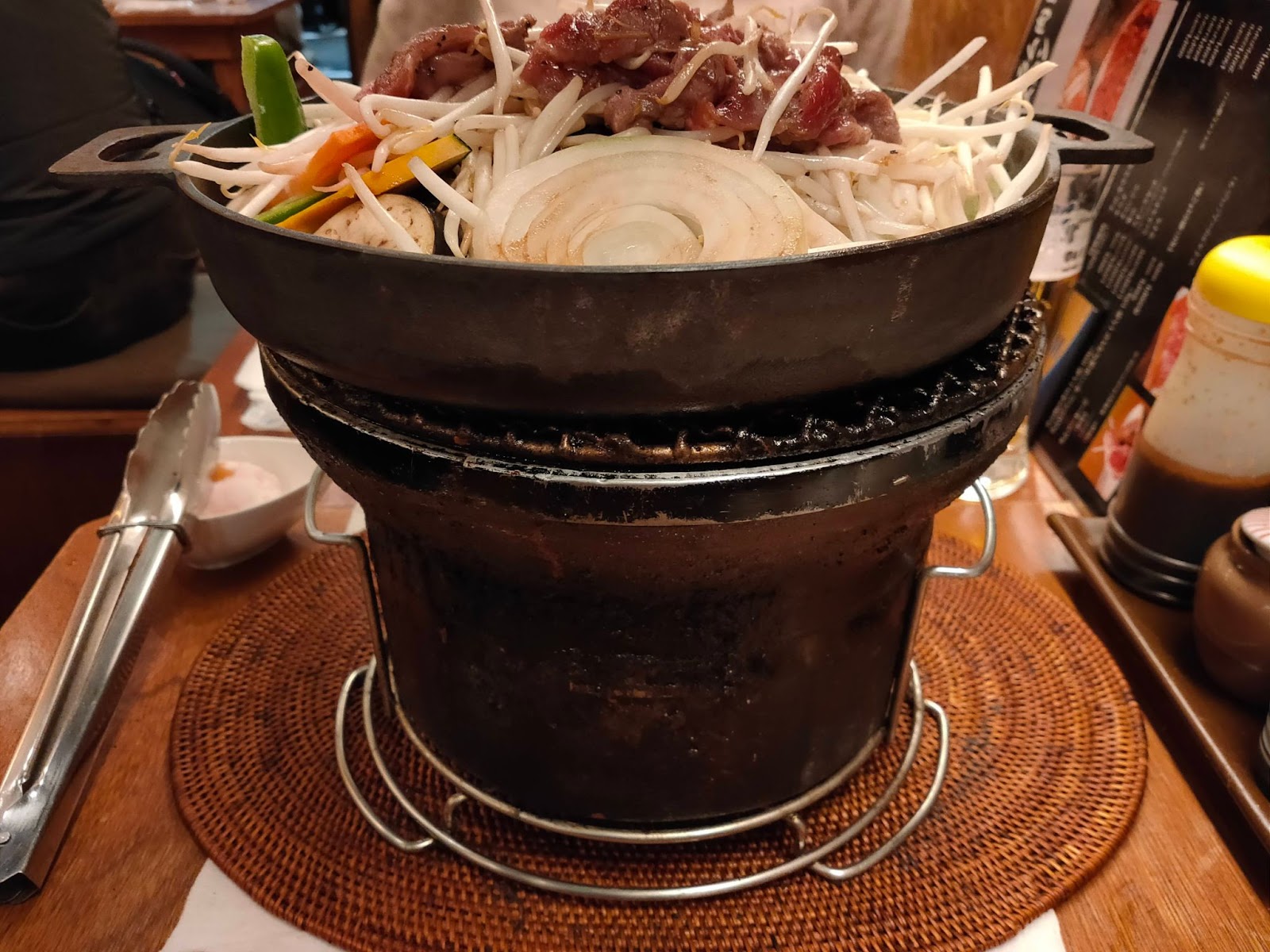 Here, the popular Genghis Khan is grilled on a shichirin (earthen charcoal brazier). It is a cozy restaurant that’s great for having alcohol and a great conversation. 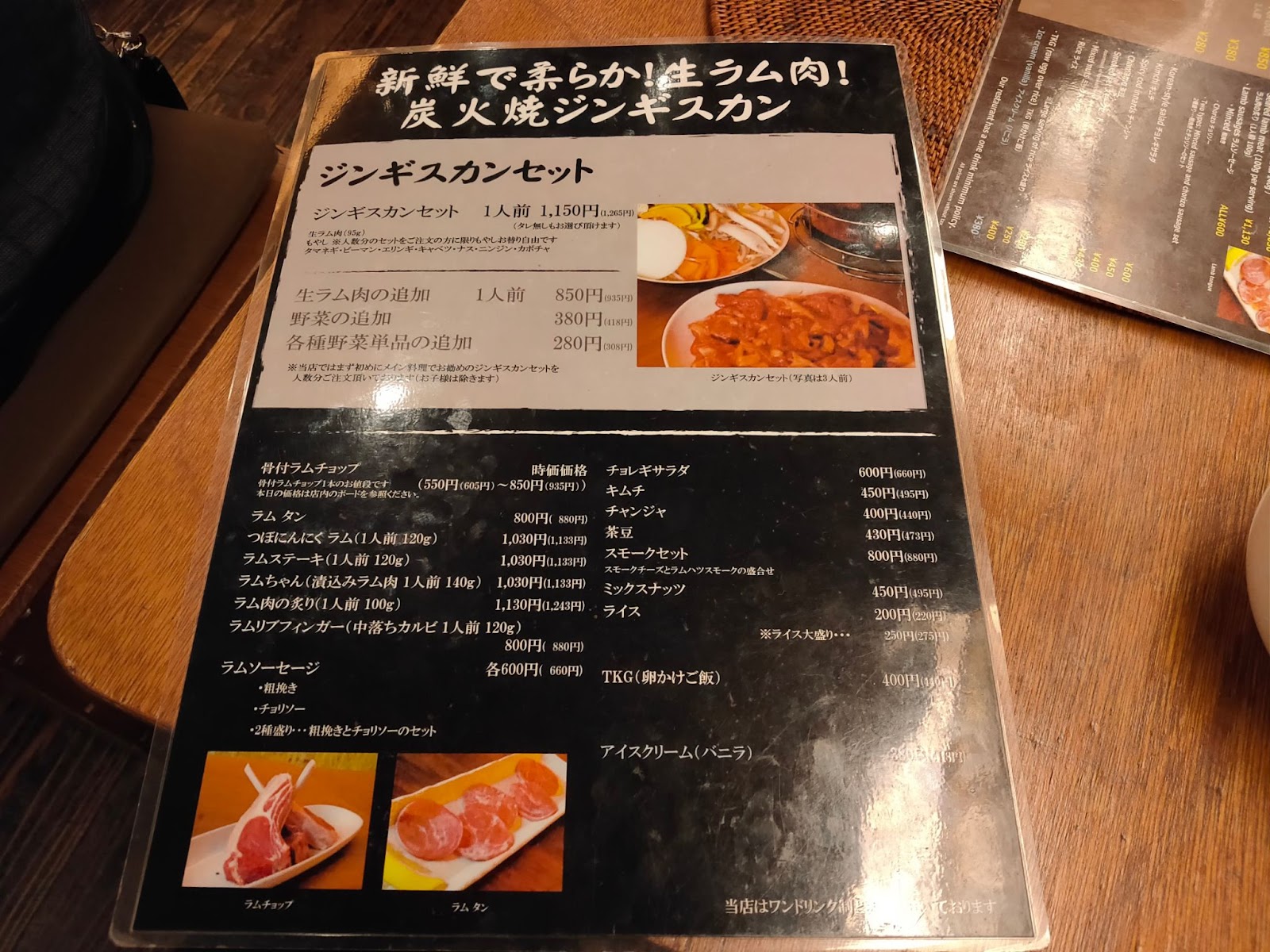 Most of the menu is lamb. 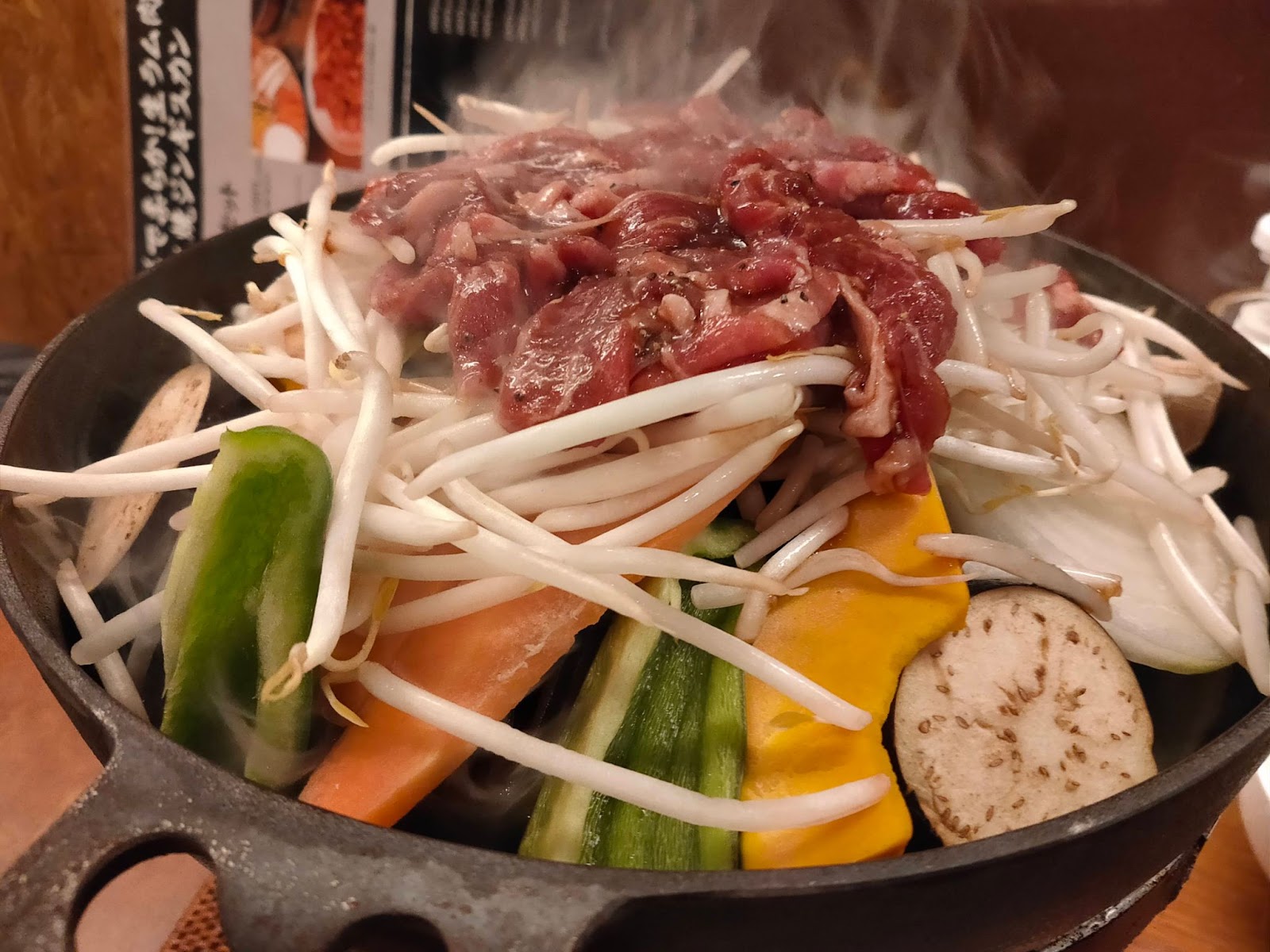 The store employee also does all the cooking in this restaurant too and tells you the best time to pick up the meat from the grill for eating.

Compared to Mee Moo Boo, the sauce is a little sweeter. You can’t stop your chopsticks at this restaurant either. 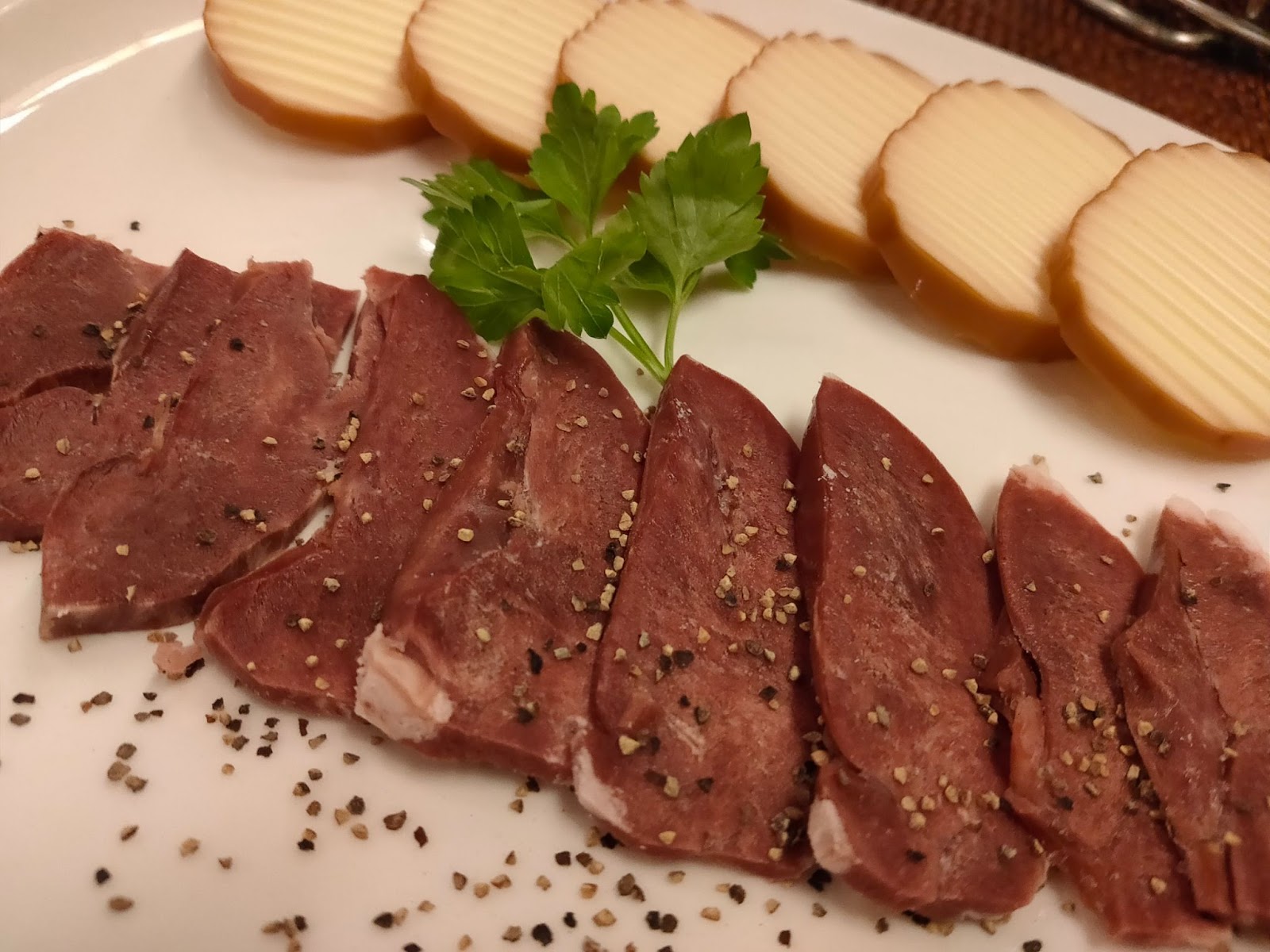 This menu is smoked cheese and lamb hearts.

There are good line-ups of lamb dishes that go well with alcohol, so you never get tired of it. 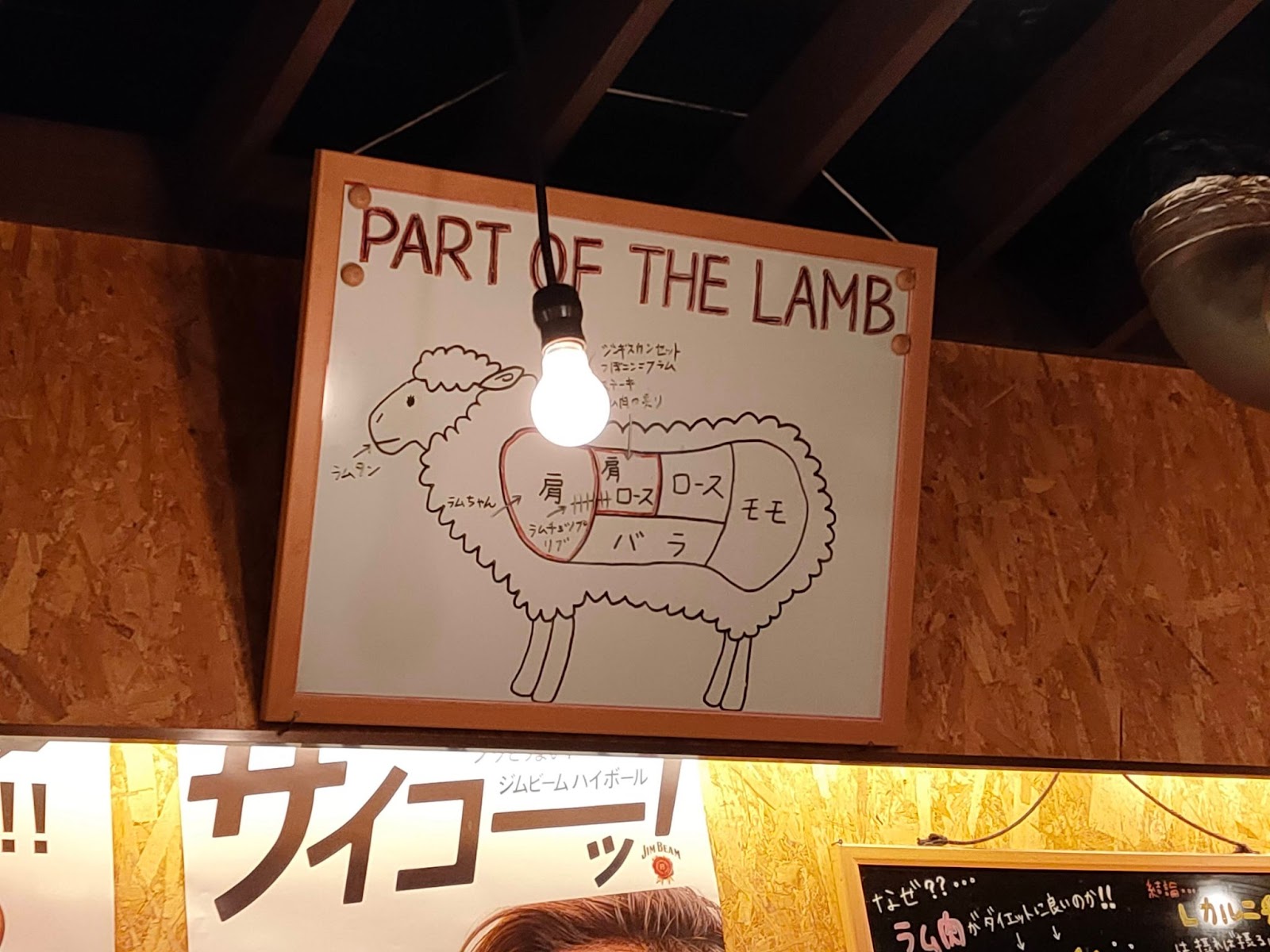 The restaurant also serves alcohol that goes well with lamb. You can feel the love for lamb here. 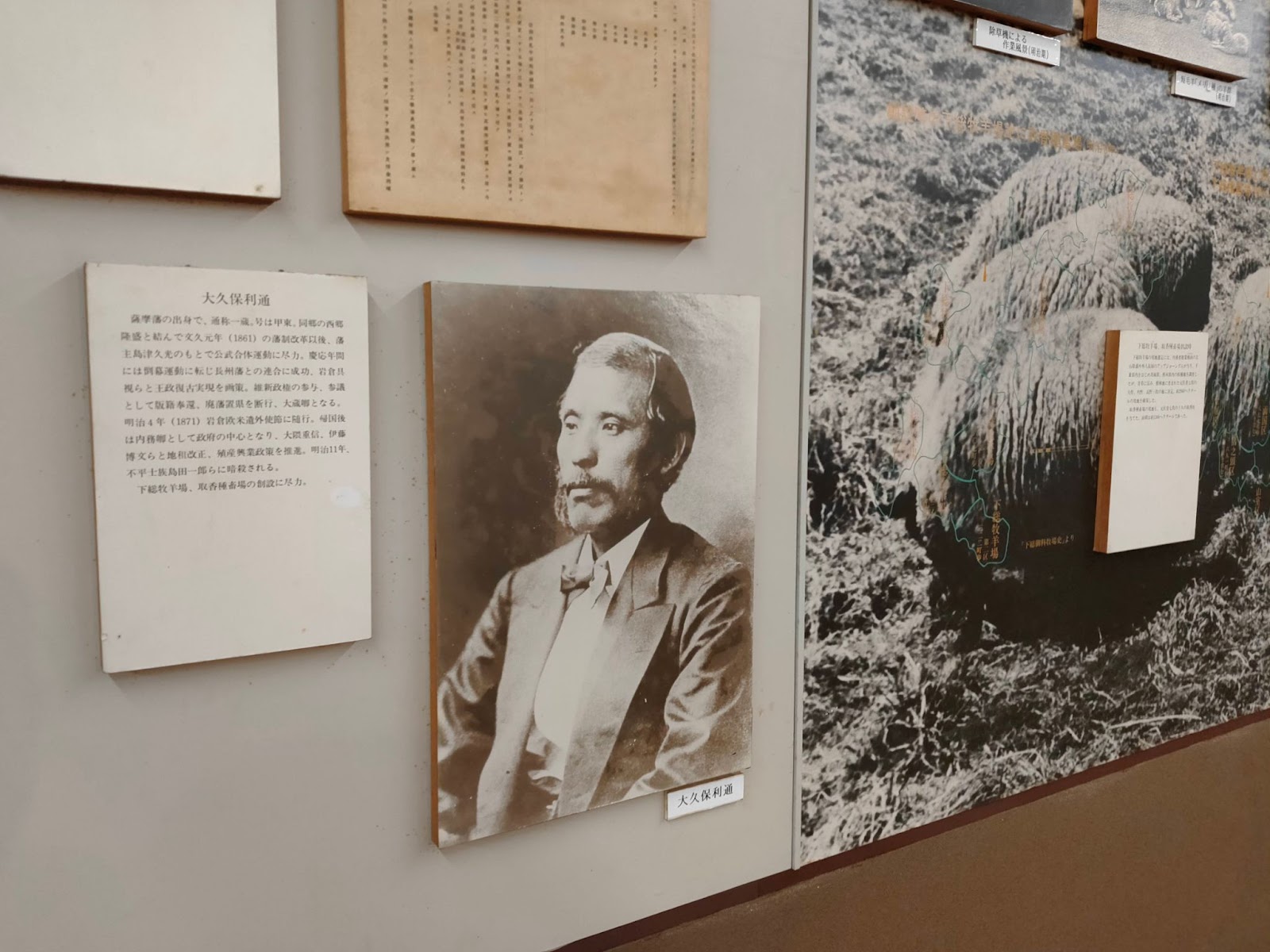 Narita is mostly known for the Narita International Airport and the Naritasan Shinshoji Temple, so people might not think of Genghis Khan when they hear Narita.

However, Narita has a long history and Genghis Khan.

When there was a farm in the early Taisho period, the imperial family and distinguished guests from other countries already looked forward to eating Genghis Khan at the farm. Therefore, we can settle the debate that Genghis Khan originated in Narita. 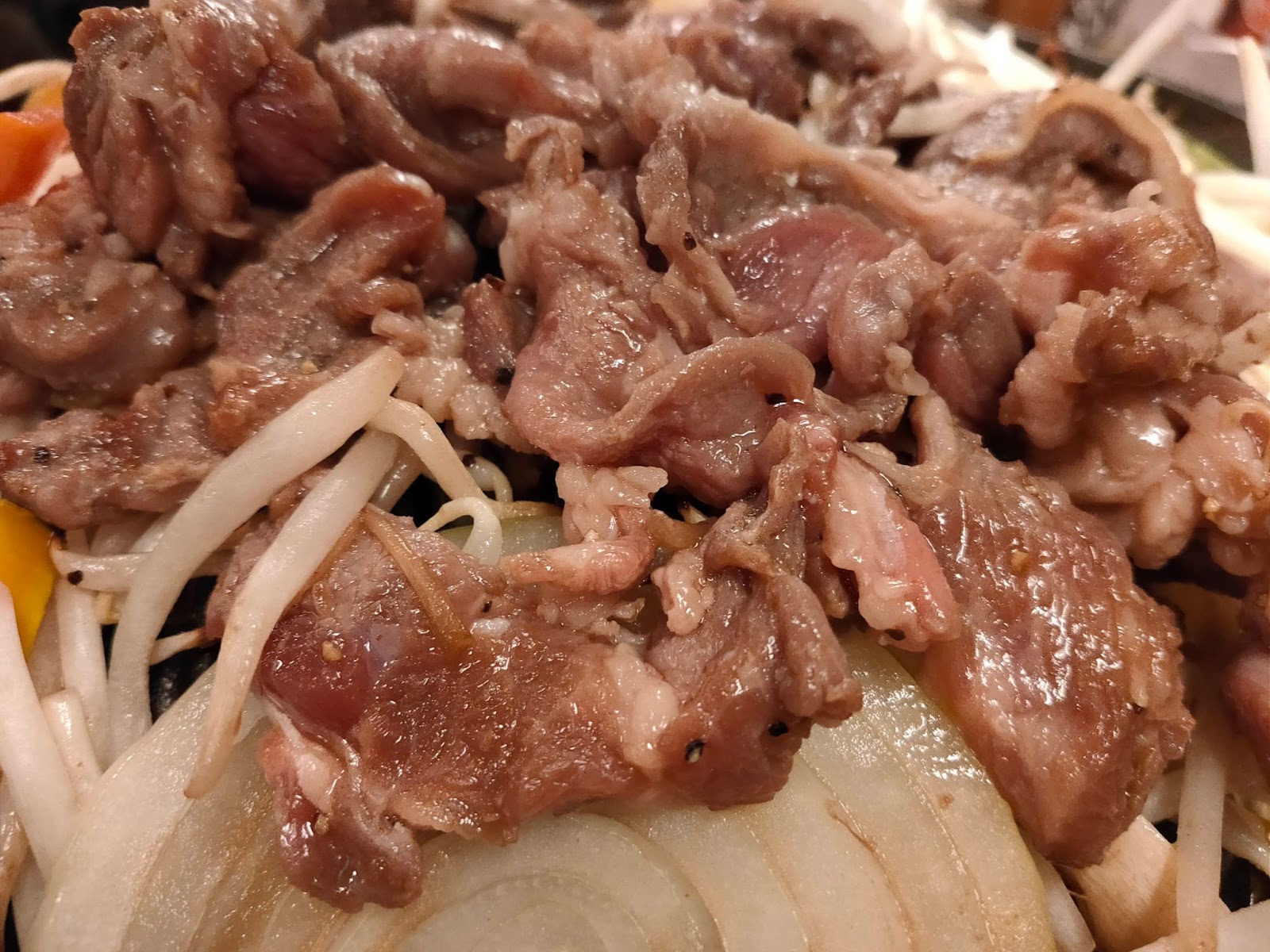 This is a highly recommended travel plan where you can see the origins of Genghis Khan, learn about the history, and enjoy Genghis Khan.

Both restaurants that serve Genghis Khan this time are locally popular.

So be sure to make a reservation before you visit.