Narita International Airport is more than just a landing spot for airplanes.

I've compiled a list of the non-aviation related attractions you can find there.

Hopefully reading this list will give you a new perspective for your next visit to Narita International Airport.

But that's not the only incredible thing about Narita Airport.

It has many other aspects to it besides just being an airport, and today I'm going to introduce a few incredible attractions I've picked out for you.

The shopping center with the highest sales in Japan 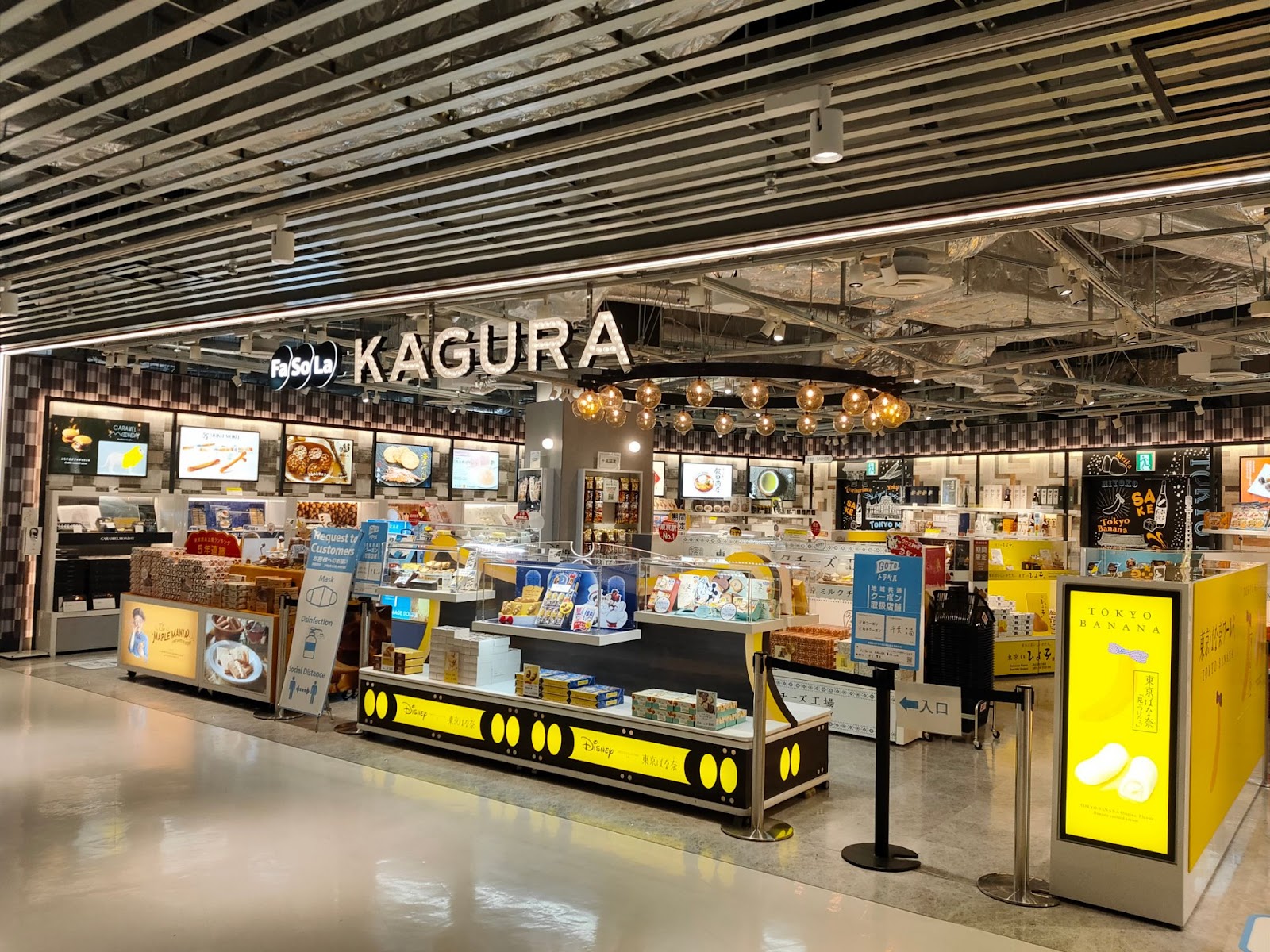 In addition to being an airport, Narita International Airport also contains a shopping center with a wide selection of duty-free stores and restaurants.

Throughout Japan you can find plenty of large shopping centers, LaLaports, outlet parks and the like, but Narita International Airport boasts sales numbers that surpass any of those.

No other shopping center has been able to break the 100 billion yen mark.

The hundreds of capsule toy machines throughout the airport 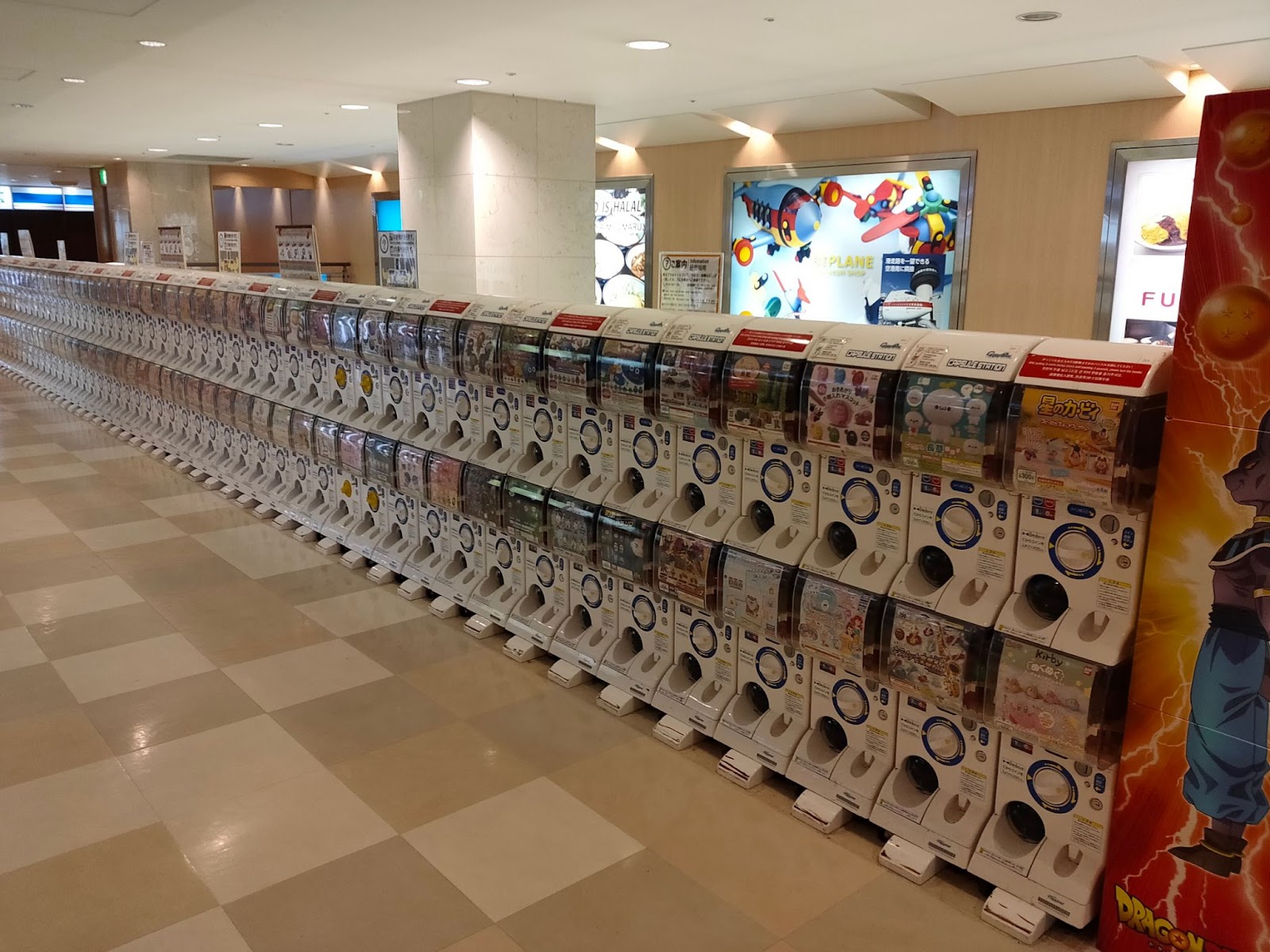 You will surely have seen these if you frequent Narita International Airport, but there are many capsule toy machines located throughout the grounds.

While you'd have to count them all individually to get the exact total number, Terminal 1 alone has over 150 machines.

Each of the 3 terminals has its own capsule toy machine area, and if you were to count them all up there are probably somewhere just short of 400 machines in total. 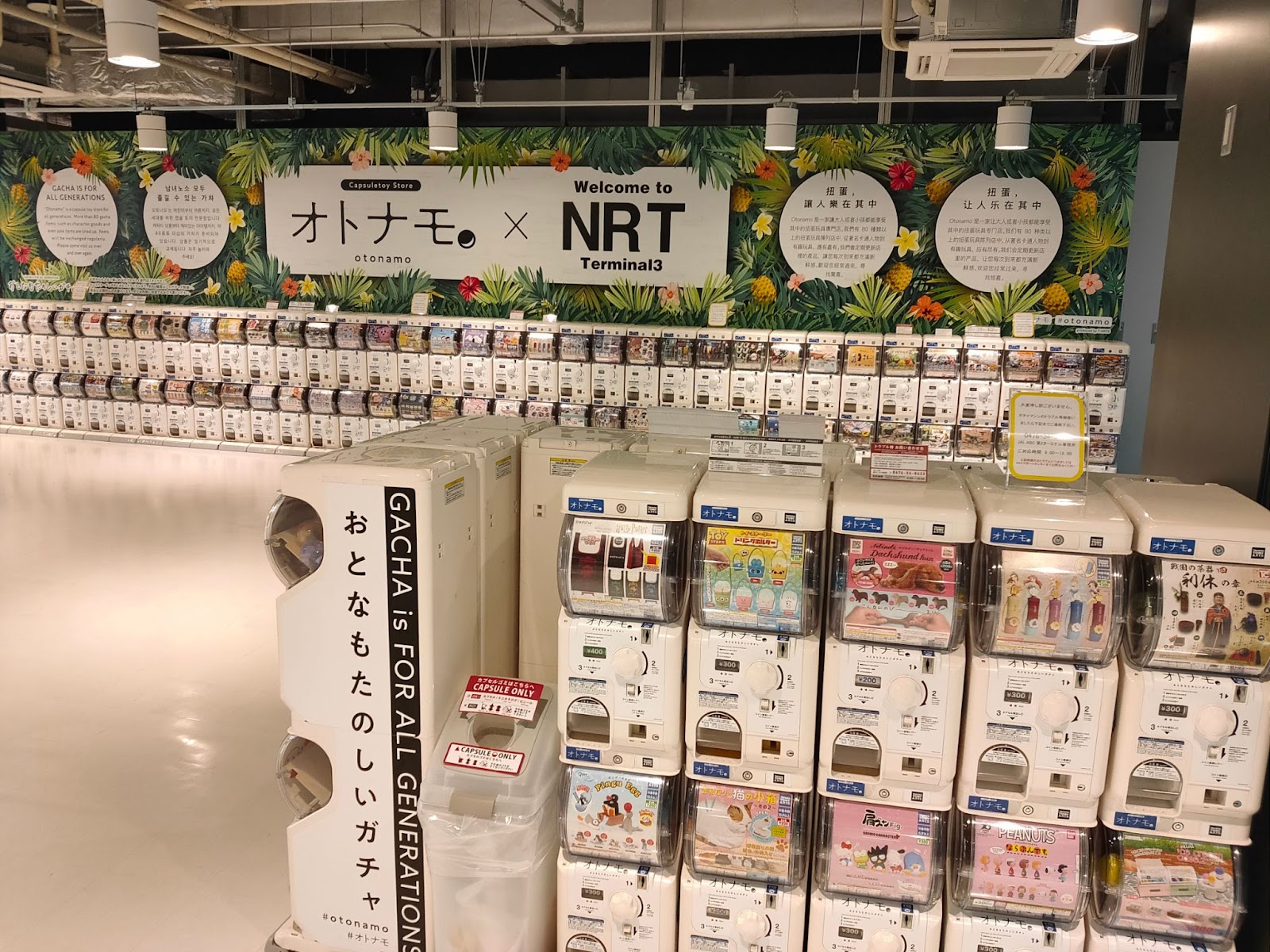 They were originally installed a few years back as a limited time attraction, but due to their popular reception they've been left as they are.

The machines at the airport make over 3 times as much money as the average capsule toy machine in Japan, so they're clearly very profitable.

Incidentally, as there are so many machines there, that also means there is a lot of variety between them, and some of the items that sell poorly elsewhere make huge numbers at Narita Airport.

Most likely the tendency for foreign visitors to use the machines to get little souvenirs is a big factor behind this. 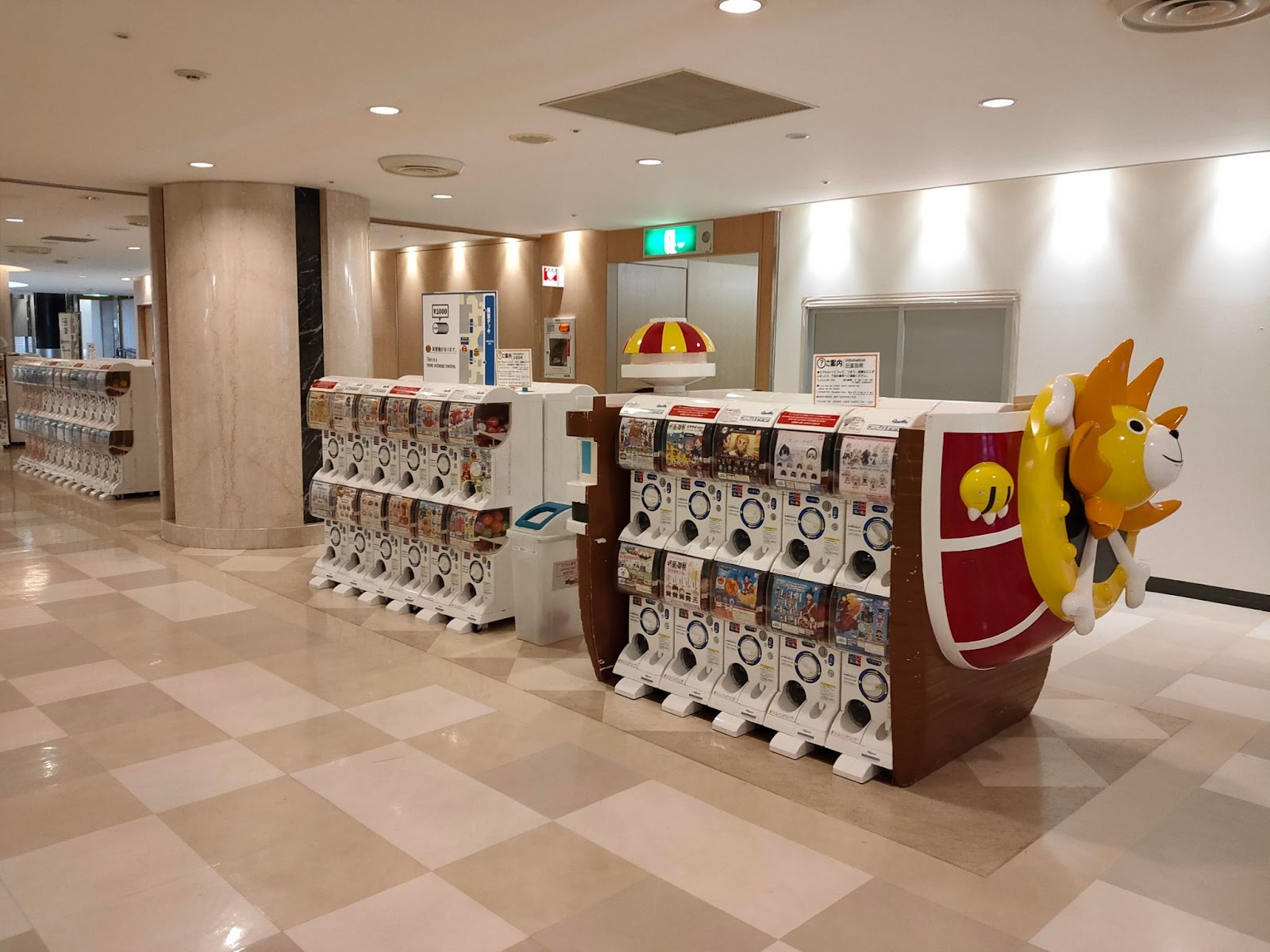 If you've got time while you're traversing the airport you can try spending it counting the number of machines you see, or checking out what they contain.

A master lockpicker can be found here 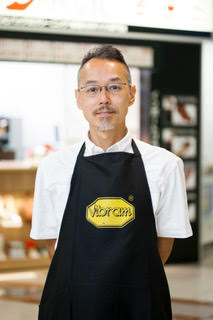 In Terminal 1's basement floor you can find a highly respected lockpicker that can open any lock.

His name is Kazuto Nakamura. 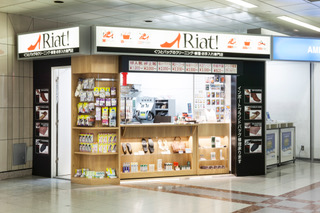 From his shoe and bag repair shop 'Riat!' he has spent the last 8 years helping airport visitors solve all manner of troubles.

Nakamura was skilled with his hands from an early age.

His store primarily handles suitcase and shoe repairs, but the story goes that he began opening locks in order to meet customer demand. 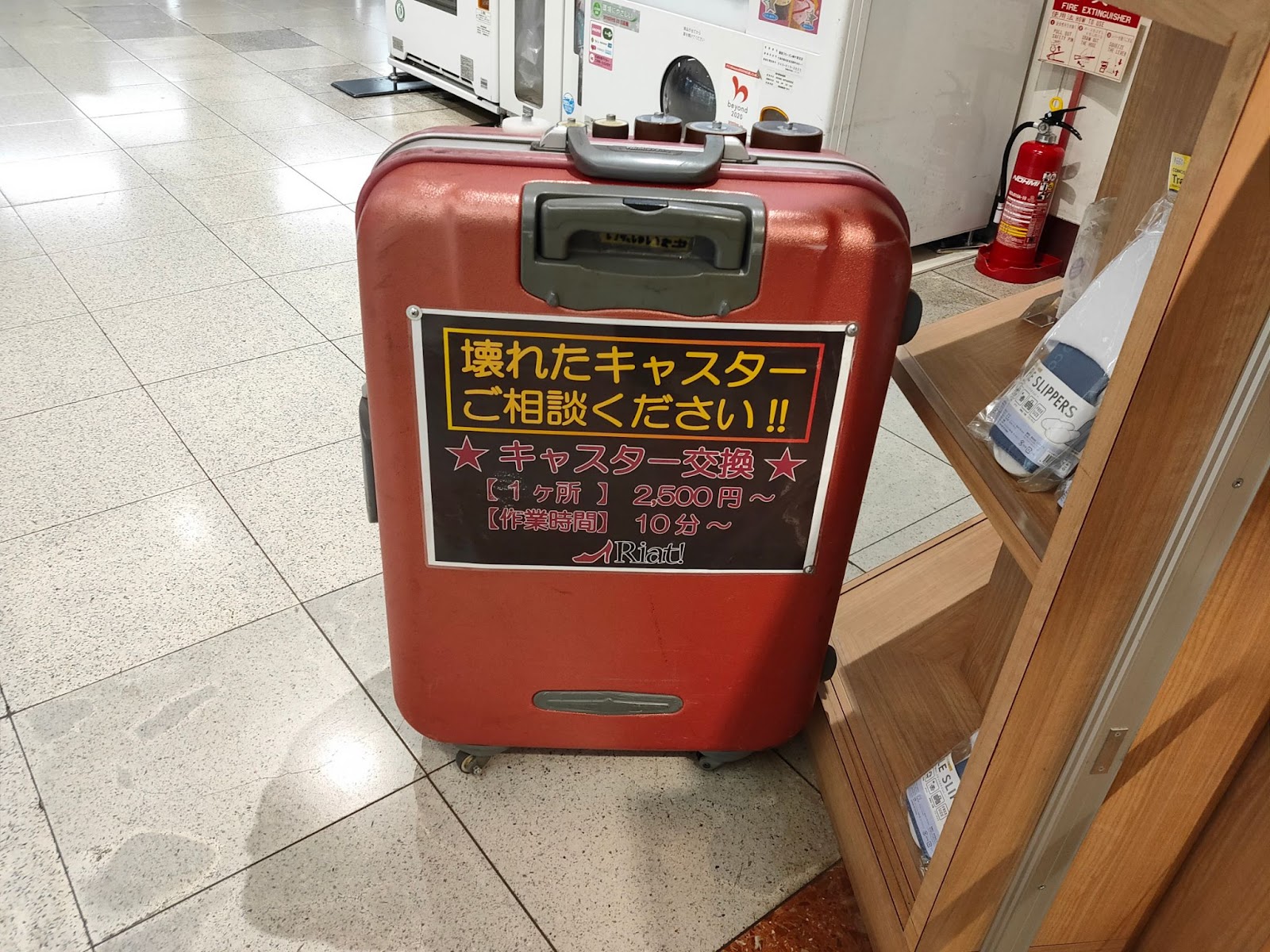 Of course, he's also highly skilled at suitcase and shoe repair too.

He has even appeared on TV, and people have traveled to his store in Narita all the way from Tokyo after hearing of his reputation in order to salvage items that were beyond the capabilities of repair stores in the city.

There is a free gallery to visit 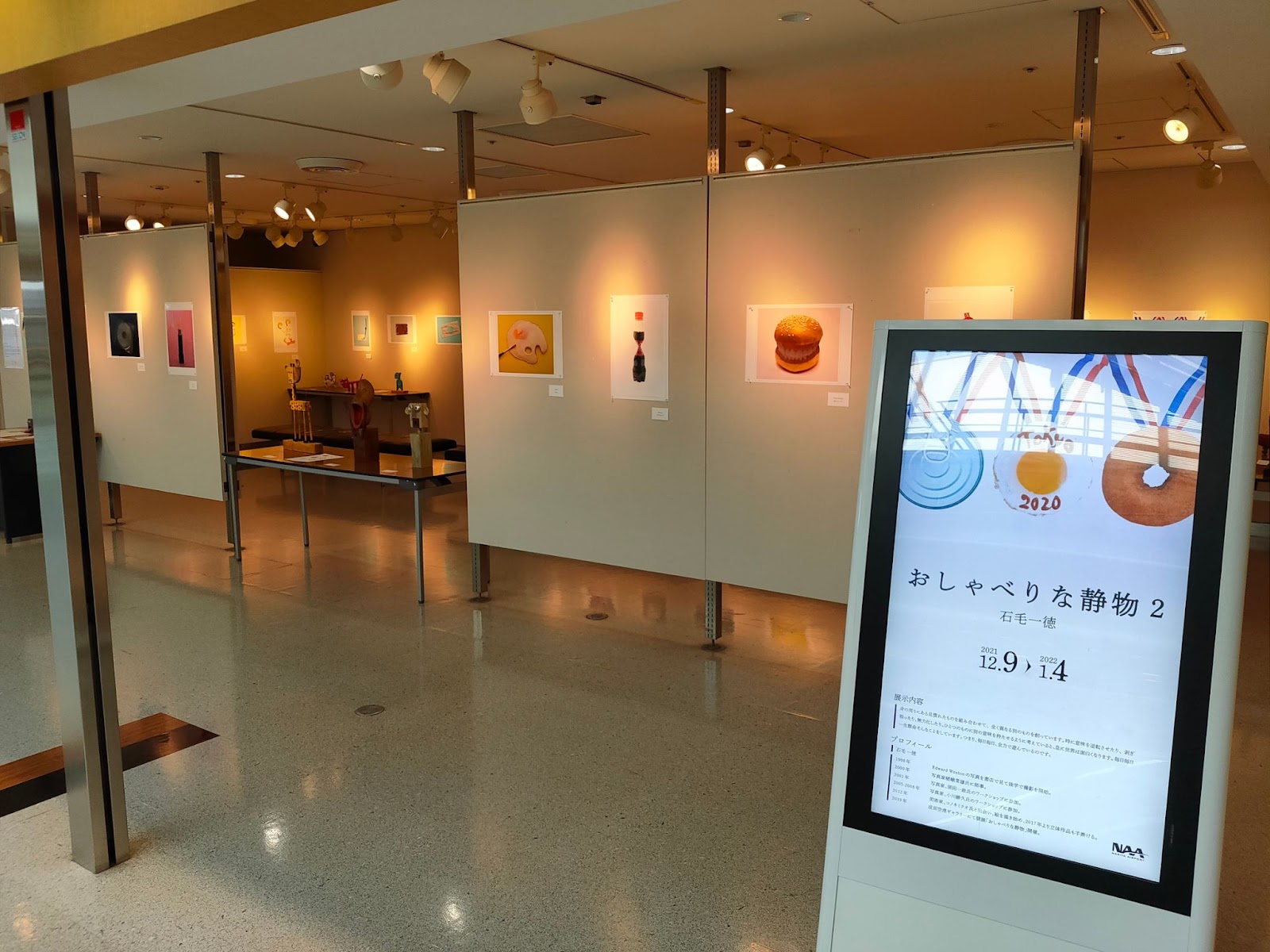 On the 5th floor of Terminal 1 is a place called the NAA Art Gallery.

Here you can find paintings on display, as well as photographs and embroidery.

When I visited this time "Talking Still Life 2" by Kazunori Ishige was on display. 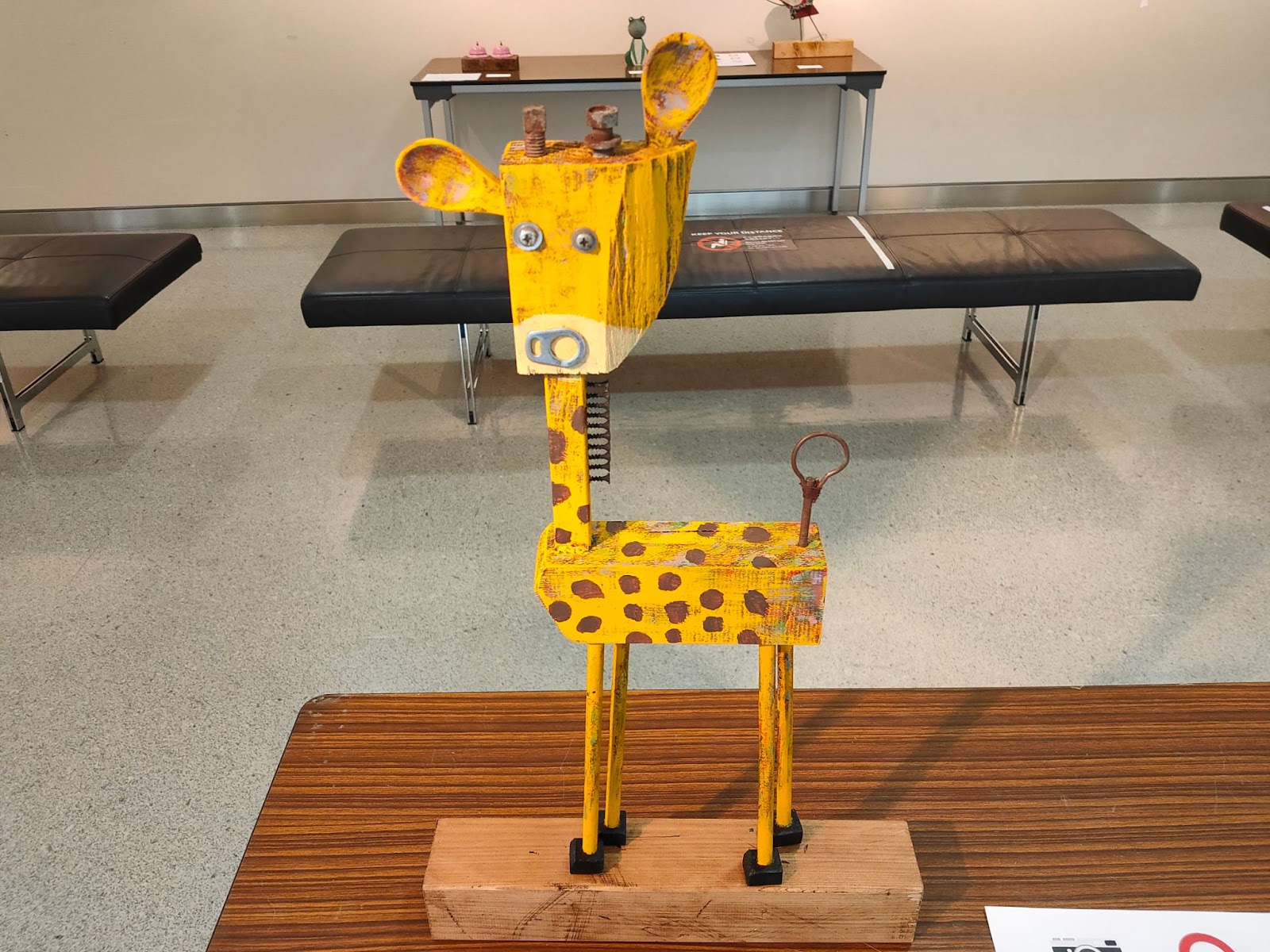 There were a number of figurines and paintings that showcased the artist's unique style and elicited a chuckle from me as I viewed them all.

The exhibits are periodically updated, and sometimes contain award winning pieces of art from solo exhibitions.

This gallery is the perfect place to visit if you have a bit of free time at the airport. 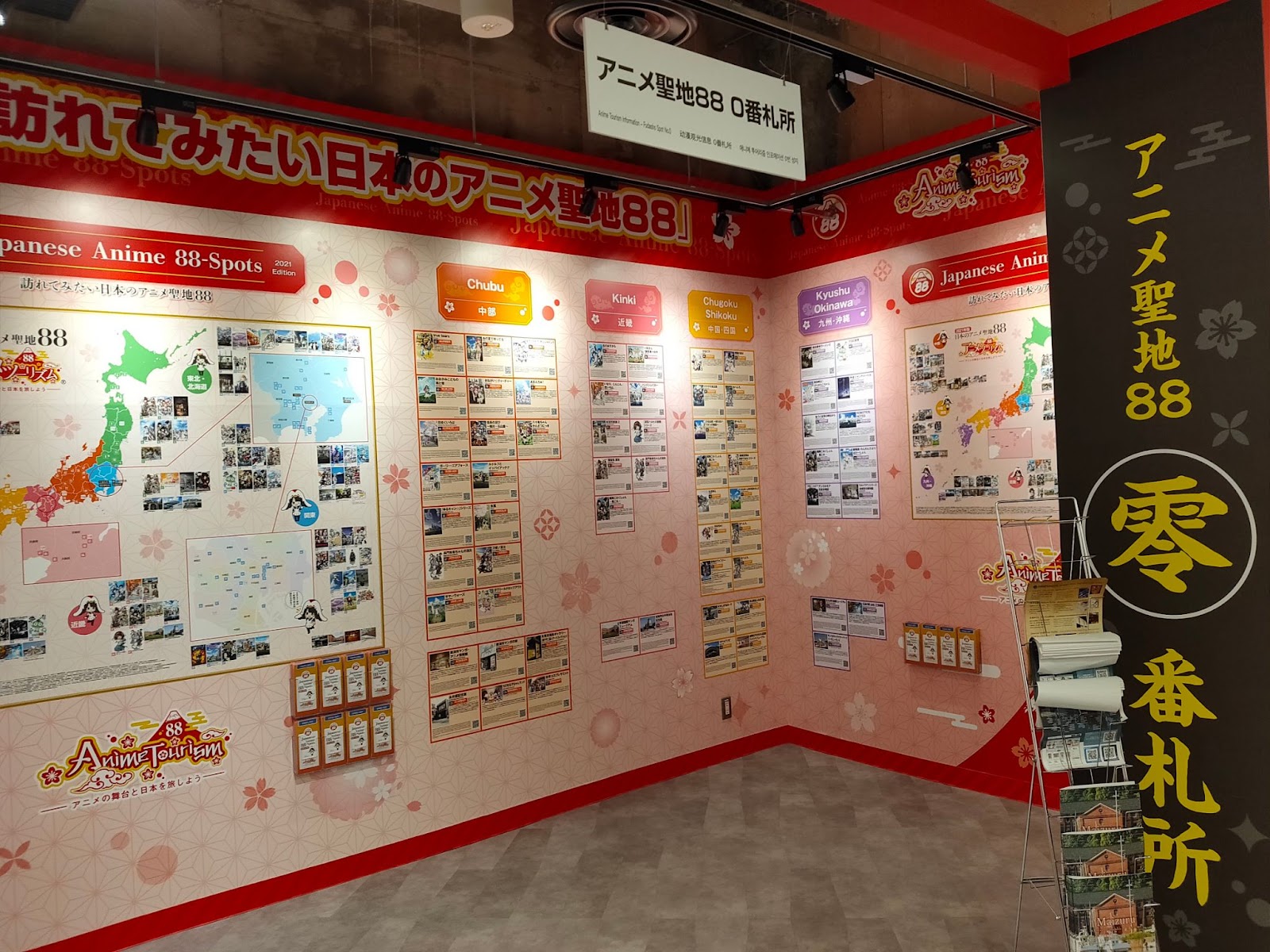 Japanese anime is immensely popular all around the world.

There's no shortage of people visiting Japan to go sightseeing at spots used as settings for famous animes right now, and local governments are making efforts to attract these tourists to their areas.

Narita International Airport has been recognized in this list as a special place in the world of anime tourism, taking the #0 spot as the starting point to a prospective pilgrimage. 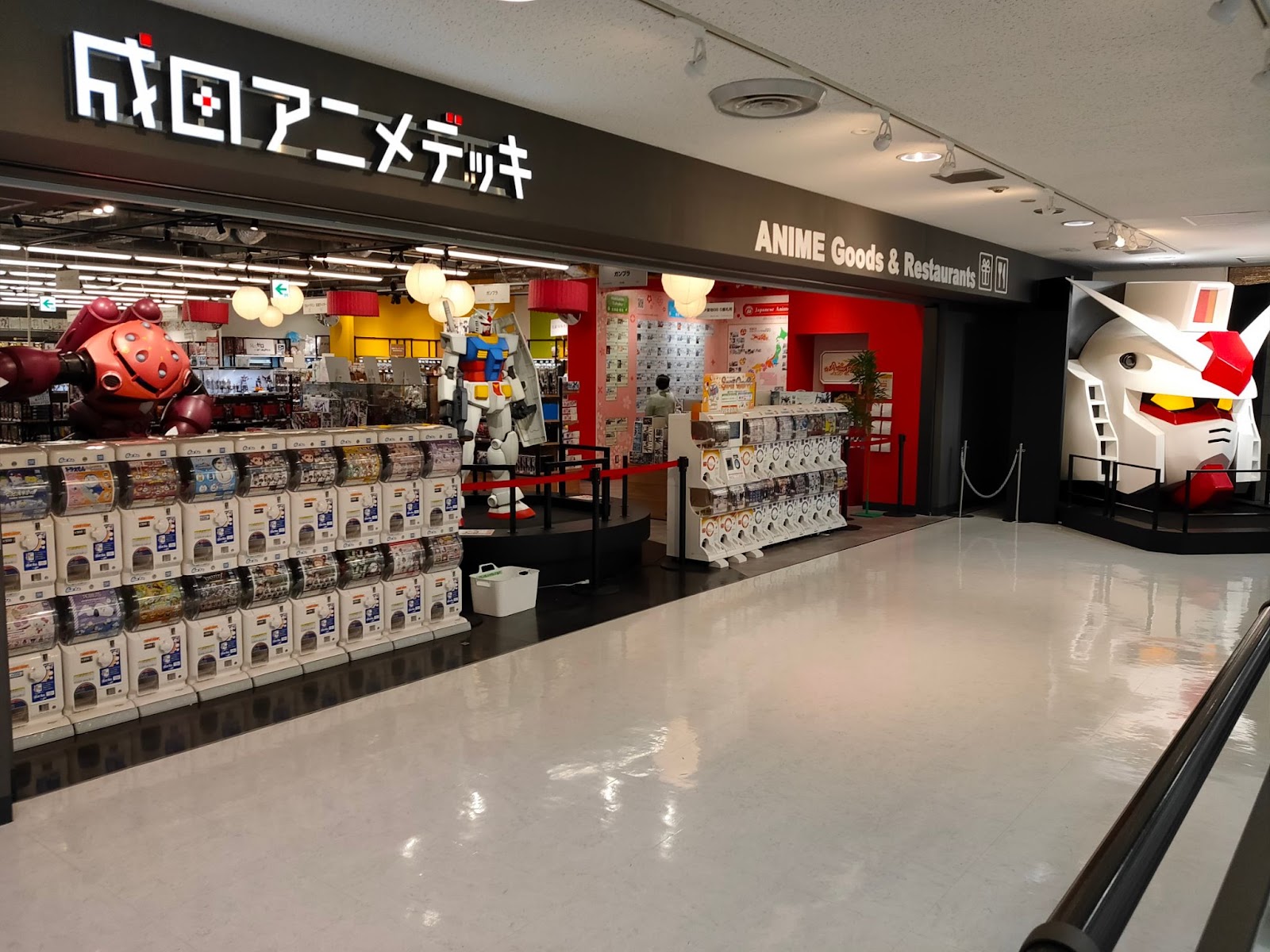 More specifically, location #0 on the list can be found at the 'Anime Deck' located on the 2nd floor of Terminal 2's main building.

Here you can view anime merchandise and displays, making this a spot that's sure to excite any fans of anime. 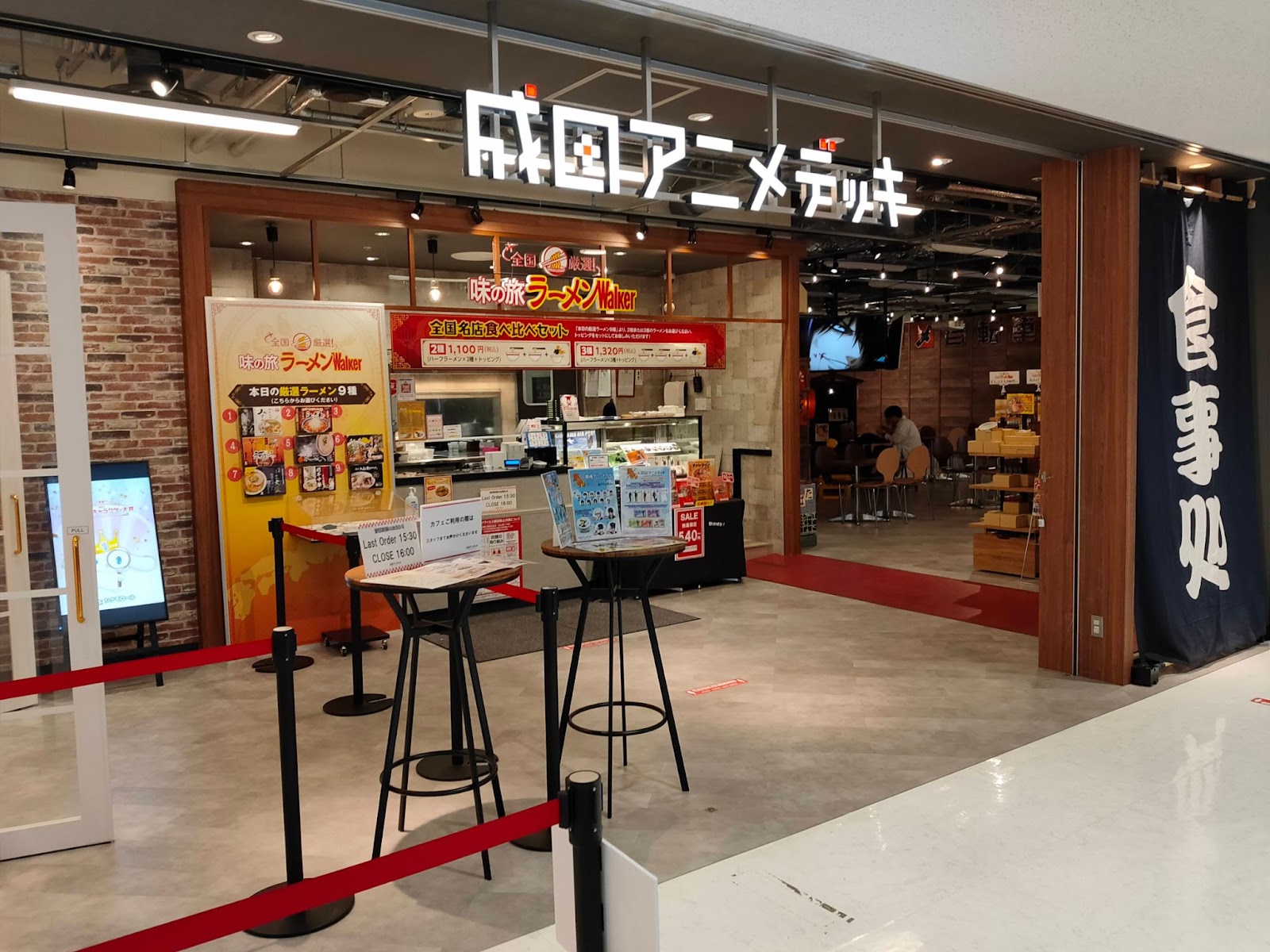 There's also a cafe attached where you can take a break and relax whilst watching some anime on the TV within.

In this article I've introduced just a few of the incredible non-aviation related attractions at Narita International Airport.

But there are still plenty of other amazing things to see that aren't widely known about, such as the shortest railroad in Japan, and the market held inside the airport.

If you look at Narita International Airport as more than just a stop on your travels, your may find things that will make your trip even more interesting. 折り畳む